A must-order for first time visitors to one MICHELIN star restaurant Danny’s Steakhouse in Taipei is its signature American prime ribeye cap steak. “This cut of meat is the best of the best,” says Danny’s Steakhouse founder Danny Deng, explaining that the top cap steak is found just under the shoulder of the cow, a delicate piece of muscle trimmed off from the ribs — tender, fat and flavourful.

This is a cut that’s often overlooked, he adds. In the past, more attention might be showered on an incredibly tender filet mignon or a flavourful ribeye. While top USDA Prime steaks account for about 2% of all cattle in America with each cow weighing around 600 to 700 kilograms, the ribeye top cap only makes up one kilogramme of each cow. After trimming, very little is actually left — only enough for 12 portions of six to eight ounces of ribeye cap steak each. 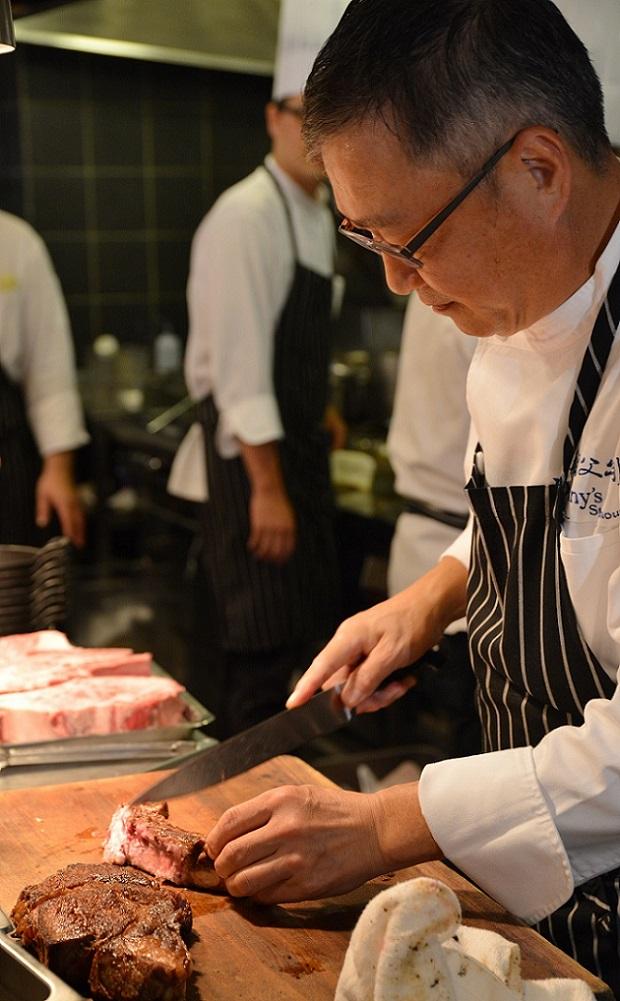 Deng’s (Pictured right; Photo: Danny’s Steakhouse) culinary career began in a teppanyaki restaurant, where he started out washing cutlery and restrooms before working his way up. Back then, only upper class elites, businessmen, government dignitaries and celebrities frequented such teppanyaki restaurants.

Because Teppanyaki chefs worked and interacted directly with their diners, the job required quick-thinking and a continuous drive to learn the many different cutting, frying, and slicing techniques needed to perform on the open stage. It was then that Deng began to learn to differentiate and appreciate the nuances of different cuts of meat, eventually discovering his love for the ribeye top cap, his expertise later giving rise to Danny’s Steakhouse.

“Customers love it once they’ve tried it. There’s never enough supply,” he says.

Deng later went to work at other steakhouses where he continued to promote the ribeye cap, making it a signature dish of his 40-year-long career.

One step at a time

To turn out a perfect ribeye top cap steak, you have to stay focused every step of the way, from gathering the ingredients to cooking them, says Deng. The first step is securing the restaurant’s supply of the rare cut. Because USDA Prime steaks account for only 2% of all American cattle, it can be highly competitive among steakhouses to secure a trusted supplier.

But because Deng is an industry veteran, he has had the time to establish good relationships with import businesses. It is a trust relationship that goes both ways — the suppliers respect Deng’s need for quality and in turn, the chef leaves the sourcing and procuring to them.

When the meat arrives, it may not be at its prime for consumption yet. Experience is key in knowing how to mature steak and determine the best time to cook and consume it. According to Deng, having the right equipment for ageing is only the first step, one still has to rely on experience to discern when is the best time for the steak to be served.

Every day, the team at Danny’s Steakhouse runs through a tasting process they've been doing for years. First, they slice off about a centimetre of meat which they place on a steel plate and sear for three to five minutes until it’s cooked through. They wait a bit before sampling it for sweetness and tenderness and once the chef, sous chef, and front of house manager have all given their thumbs up, they place the rest of the meat back in the chiller, ready for service.

“Tasting or ageing may seem like minor steps, but they have a huge influence on the steak that’s eventually served. Once you’ve tried the meat, you’ll feel confident about the product. This boosts the chef’s confidence and produces excellent results,” says Deng. “There are very few restaurants that do internal tastings because it’s costly.”

RELATED: Ask The Expert: How To Enjoy Japanese Yakiniku To The Fullest 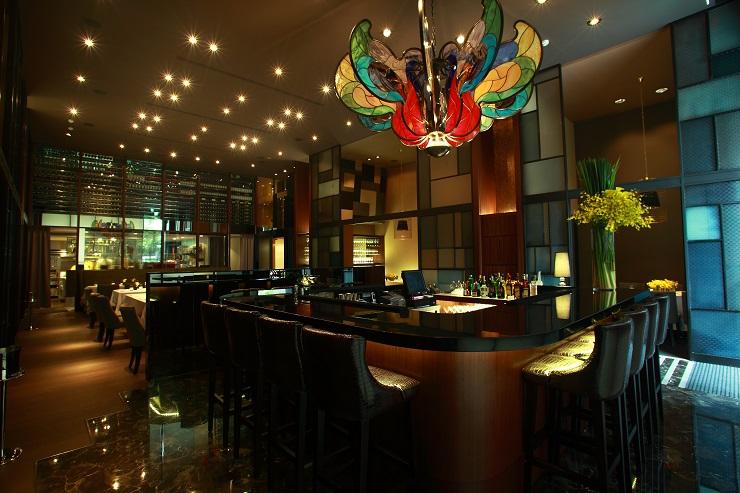 Finally comes the cutting and cooking. It is mandatory for employees at Danny’s Steakhouse to start their training at the cold station before moving on to hot dishes and practice trimming steaks before finally getting to cook them. There is also a standard procedure for grilling meat: steaks that were kept between -1 to 1 degrees Celsius are first allowed to come to room temperature, then seared in a hot frying pan before the residual heat cooks it the rest of the way through. The meat is then charred on the grill and set aside to rest before being served.

Deng says there are three main criteria for judging an excellent steak: “Taiwanese consumers tend to judge it on its tenderness, flavour, and juiciness.” Tenderness is affected by the cooking process and how quickly it is eaten upon being served; flavour is determined by the meat’s country of origin and the grade of the beef, while juiciness comes from the chef’s ability to control the doneness of the meat. 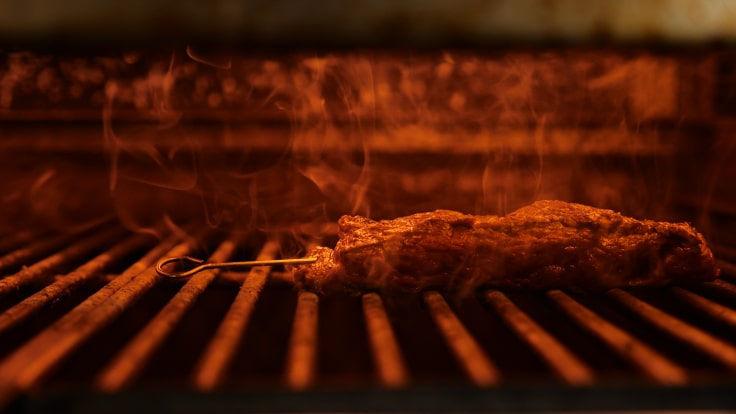 A chef's ability to control the doneness of the meat contributes greatly to the meat's juiciness.

Top cap steak is best served medium rare to medium to retain its juices. This is when a piece of steak is around 50 degrees Celsius when served — a temperature that doesn’t alter its protein structure while allowing it to feel and taste hot. This allows the rich juices and rendered fat to come through deliciously. It should also be served in a cast iron pan or hotplate to be kept warm.

This is a dish that encapsulates Deng’s culinary career. “This steak has gotten us a lot of good feedback and love from our customers, and that is our greatest pride,” he says. “We have poured a lot of our lives and hard work into this piece of steak.”

This article is written by Hsieh Ming-ling and translated by Tang Pin-ji. Click here to read the original story.

RECOMMENDED READING: More Stories in the My Signature Dish series