Walk down any street or market in Taiwan and you’ll be likely to find a vendor hawking bowls of delicious noodles, from Taiwanese stewed beef noodle soup to gooey oyster mee sua. The MICHELIN Guide Taipei & Taichung 2020 also shines the spotlight on lesser known traditional Taiwanese noodle dishes like ta-a-mi and tshik-a-mi. In the guide, Tainan Tan Tsu Mien Seafood on Huaxi Street is awarded a MICHELIN Plate with inspectors praising its ta-a-mi, while A Kuo Noodles and Mai Mien Yan Tsai were recognised with Bib Gourmand distinctions for tshik-a-mi.

Noodles by any other name would slurp as deliciously, but what’s the difference between the two?

Tshik-a-mi is a northern Taiwanese specialty that derives its name from the shaking motion of cooking the noodles. A noodle strainer is used to steep the noodles in hot broth, after which, the strainer is pulled out and shaken up and down until all the excess liquid is drained. Tradition dictates that this process is repeated eight times, gently cooking the noodles to perfect bite. 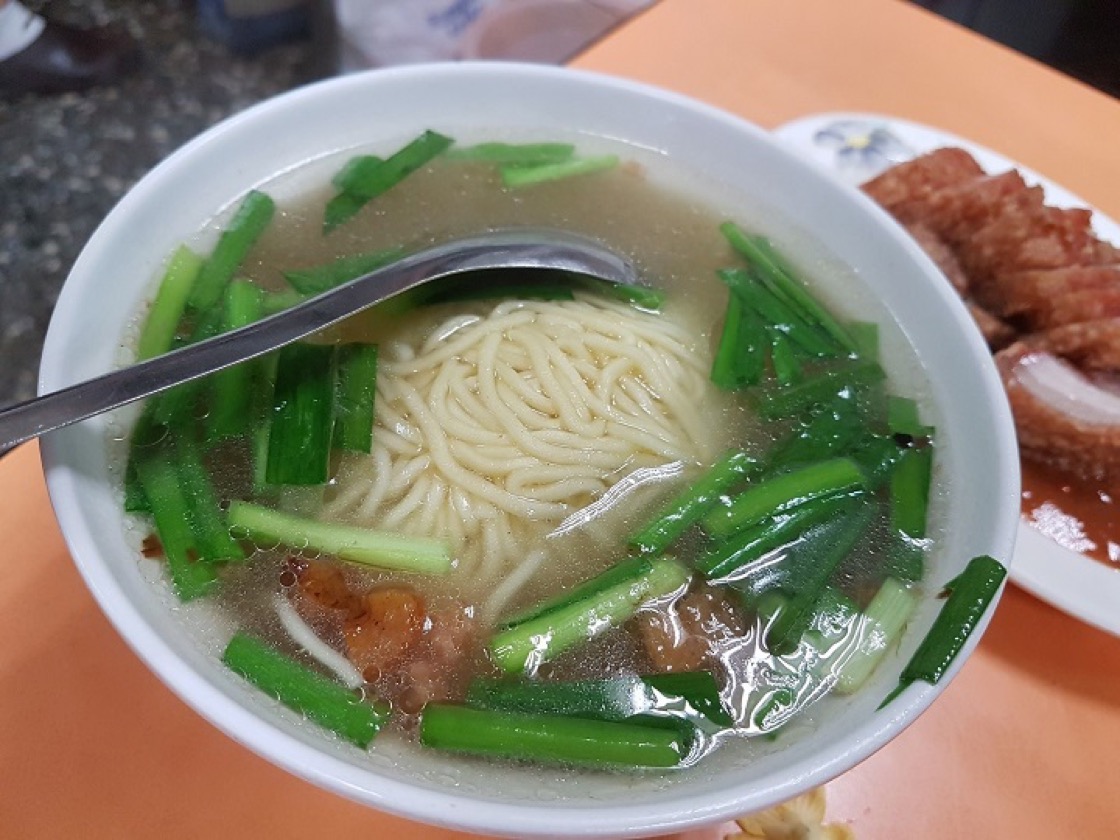 In the past, ta-a-mi would be sold by roving hawkers carrying their wares balanced on their shoulders between bamboo poles, a practice that can still be found down in the south of Taiwan. You’ll find an excellent example of ta-a-mi, or danzai noodles as it is also known, at Tainan Tan Tsu Mien Seafood. It’s palatial dining room is a far cry from the dish’s street food origins, but founder Hsu Mu Sheng presents an authentic ta-a-mi true to his hometown in Tainan.

Both ta-a-mi and tshik-a-mi are greased egg noodles prepared in lye water. And though both dishes employ the same yellow noodles, tshik-a-mi is eaten in a much larger portion than ta-a-mi, which is enjoyed more as a snack. The broth for tshik-a-mi is made with pork bones and belly, with some establishments also using stock of old hen and medicinal herbs. On the other hand, shrimp heads and shell form the base of ta-a-mi soup, which is flavoured with minced pork and garlic mash. 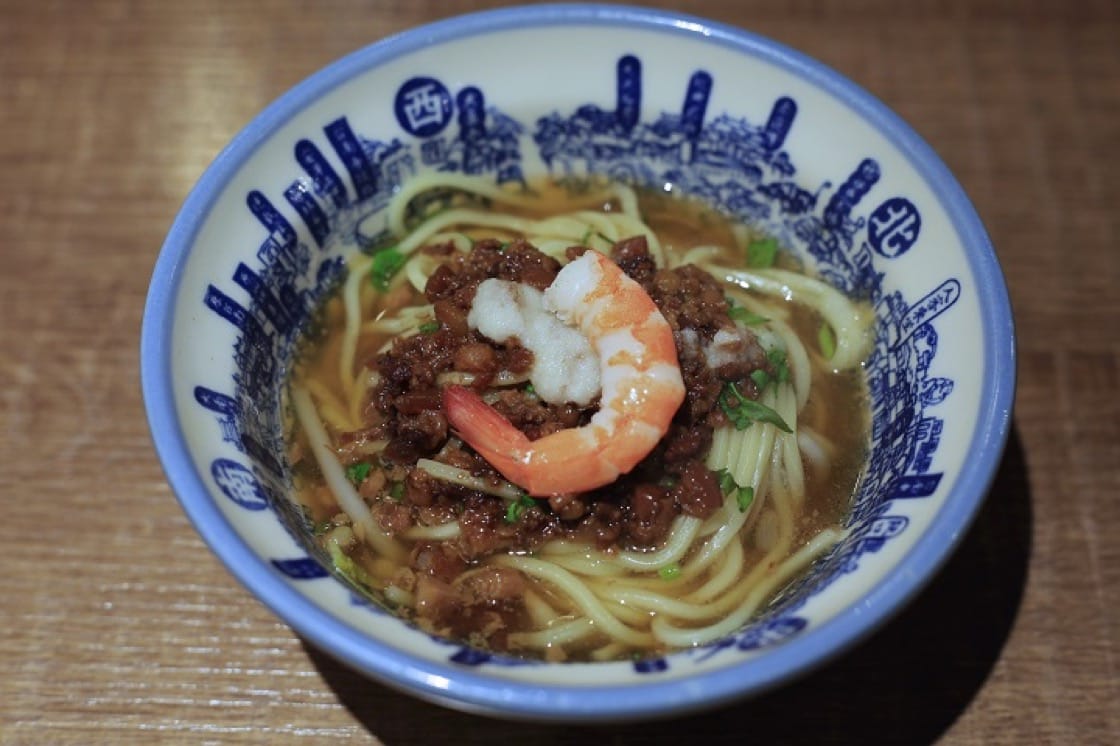 Shrimp is a vital component in ta-noodles. (Photo: Shutterstock)

Tshik-a-mi is served in little bowls filled with broth, blanched garlic chives and bean sprouts. It is then topped with thinly sliced pork. Meat from the hind shank is favoured for its lean texture and bit of fatty membrane. A drizzle of lard oil and fried shallots add a heady fragrance to the noodle dish.

Instead of meat, ta-a-mi is topped with shrimp and velvet shrimp, a common inhabitant in the waters of southern Taiwan, is the most popular variety used in the dish. Not too big and not too small, the shrimps are selected to be proportional to the small mound of noodles. The shrimp tail is intentionally kept on to show the freshness of the crustacean and spread open like a fan to make it easier to pick up and eat.

The noodles are placed in the bottom of a strainer and topped with bean sprouts. After cooking, the two ingredients are tossed into a bowl so the noodles now cover the bean sprouts. The noodles are then dressed with a spoonful of mashed garlic, a splash of black vinegar and braised minced pork before the shrimp broth is poured over and garnished with whole shrimp and coriander.

So for all you noodle fiends out there – which do you prefer?

RELATED: What MICHELIN Inspectors Said About The 7 New Bib Gourmand Eateries In Taipei 2020

MICHELINGUIDETW Live Updates New Additions
All articles of Dining Out