A common saying in Guangdong province in China compares aged dried mandarin peel to precious nuggets of gold, proving that its value is more than skin deep. The transcendent journey of the humble mandarin peel begins with sun-drying, followed by three years of storage. When it matures, it can be used to soothe coughs and combat phlegm.

During maturation, the mandarin peel’s essential oil begins to dissipate and it produces an antioxidant and anti-inflammatory substance flavonoid. The amount of flavonoid in the zest increases as the longer it is stored, so does its medicinal value. Dried mandarin peel of a certain vintage also entices gourmands for its mellow perfume, thanks to its natural oil gradually penetrating the entire surface. 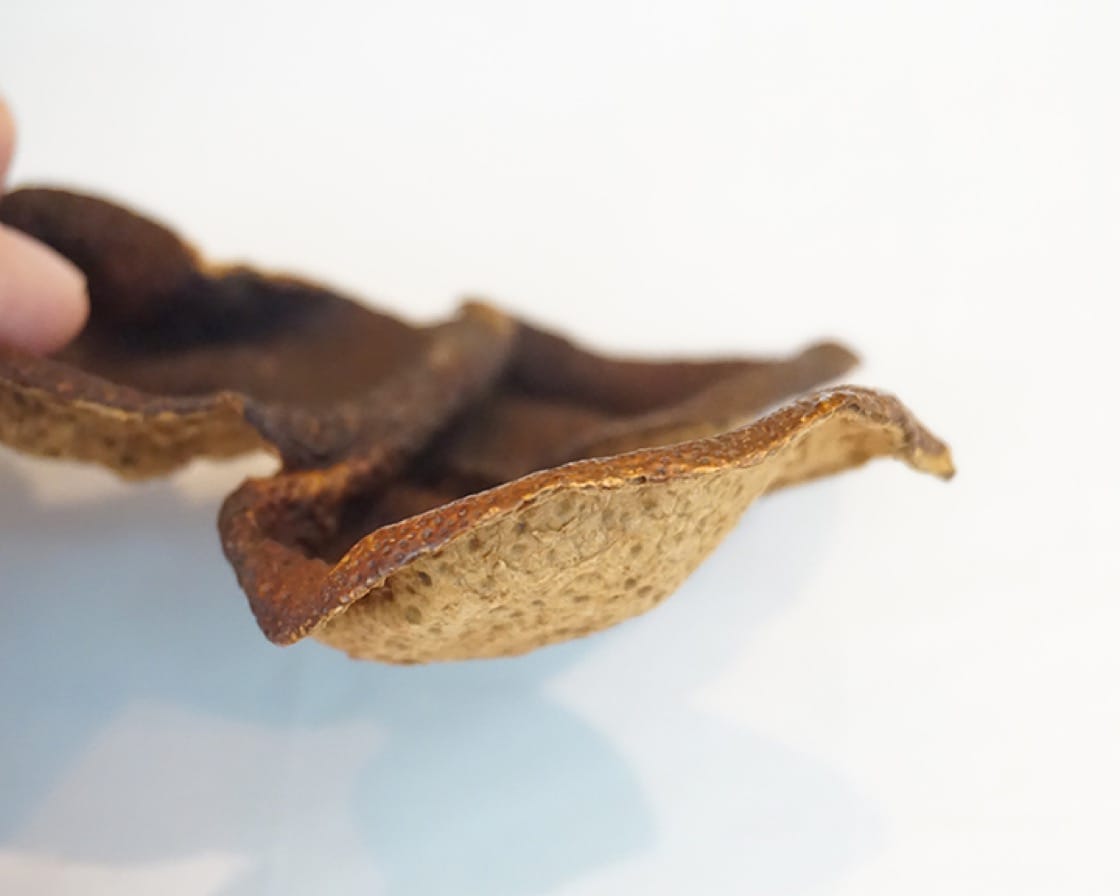 From the perspective of traditional Chinese medicine, dried mandarin peel has a lot of desirable qualities. In the Compendium Of Materia Medica, the work of Ming Dynasty herbalist Li Shizhen, it is seen as a premium produce that “cures a hundred illnesses” and praised for its mildness and ability to relieve body heat and dampness. The dried zest tastes sharp and bitter, and has a mild temperament. It helps nourish the spleen and lungs, and clear phlegm. Simply soaking it in hot water and then drinking the liquid is an effective remedy for coughing caused by the “damp and cold” types of phlegm. 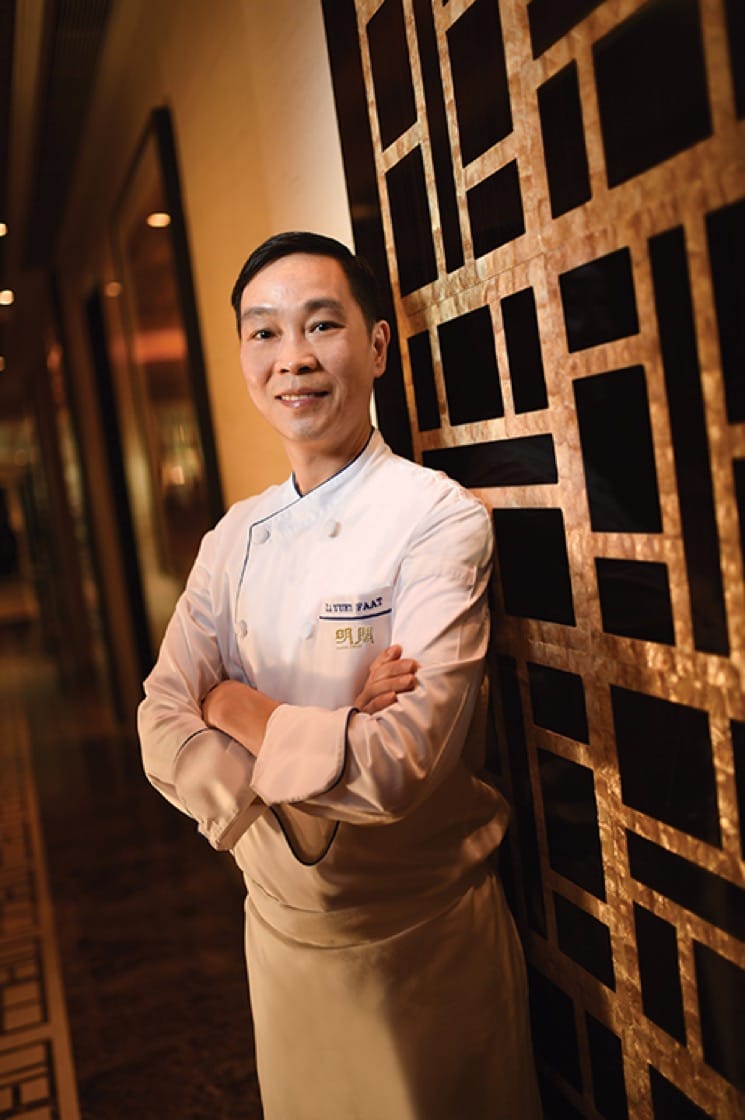 The cost of dried mandarin peel skyrockets as it gets older. In general, a tael (38g) of 10-year-old peel is available for HK$50 (S$9). When it comes to the 35-year-old variety, the price goes up to HK$300 per tael, while the 45-year-old ones cost HK$500. To distinguish old peels from the young ones, one-MICHELIN-starred restaurant Ming Court’s executive chef Lee Yuet Fat explained that the aged ones have a darker hue and more complex and mellow aromas. They have a subtle sweetness in flavour, as well as a thinner and harder texture. In contrast, zest aged for a shorter time is lighter in colour and fragrance. It tends to be more bitter and softer.

In China, Chaozhou and Jiangxi are among the most popular locations of mandarin peel production, but nowhere can compete with Xinhui in terms of quality. The fruit grown there have slimmer skin and richer essential oil content. Naturally, the dried peel comes out with a finer smell. 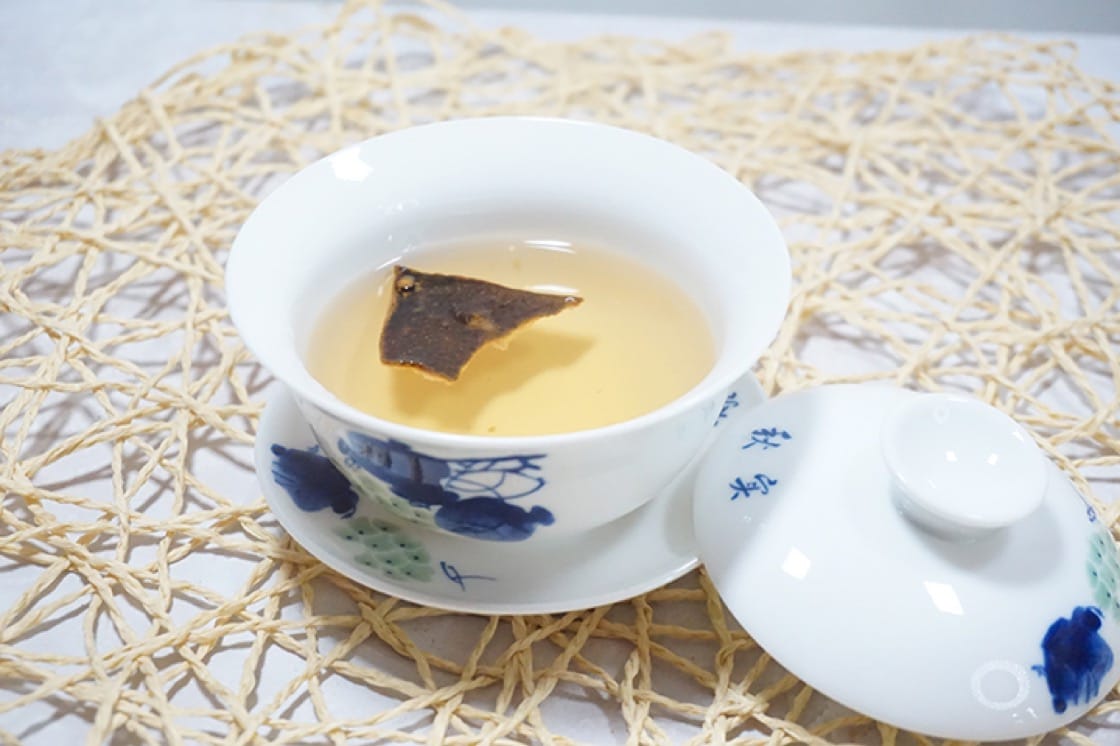 Hot water infused with dried mandarin peel is the simplest remedy to treat coughs and get rid of phlegm. (Pic: Ada Au)

Apart from its medicinal side, dried mandarin peel can also be used in cooking. Nevertheless, it is at most a supporting character. From as early as 1330, there have been already written accounts like The Principle To The Right Diet, which recorded its appearance in multiple dishes. “Dried mandarin peel has a smooth fragrance and subtle sweetness, which adds a unique aroma to dishes. Its fruitiness works greatly to remove the unpleasant tastes in meat and the muddy notes of some other ingredients,” Lee explained.

To cook with the dried rind, it has to be first soaked in water till soft. The white part needs to be scraped off so that its bitterness doesn’t affect the overall flavour of the dish. 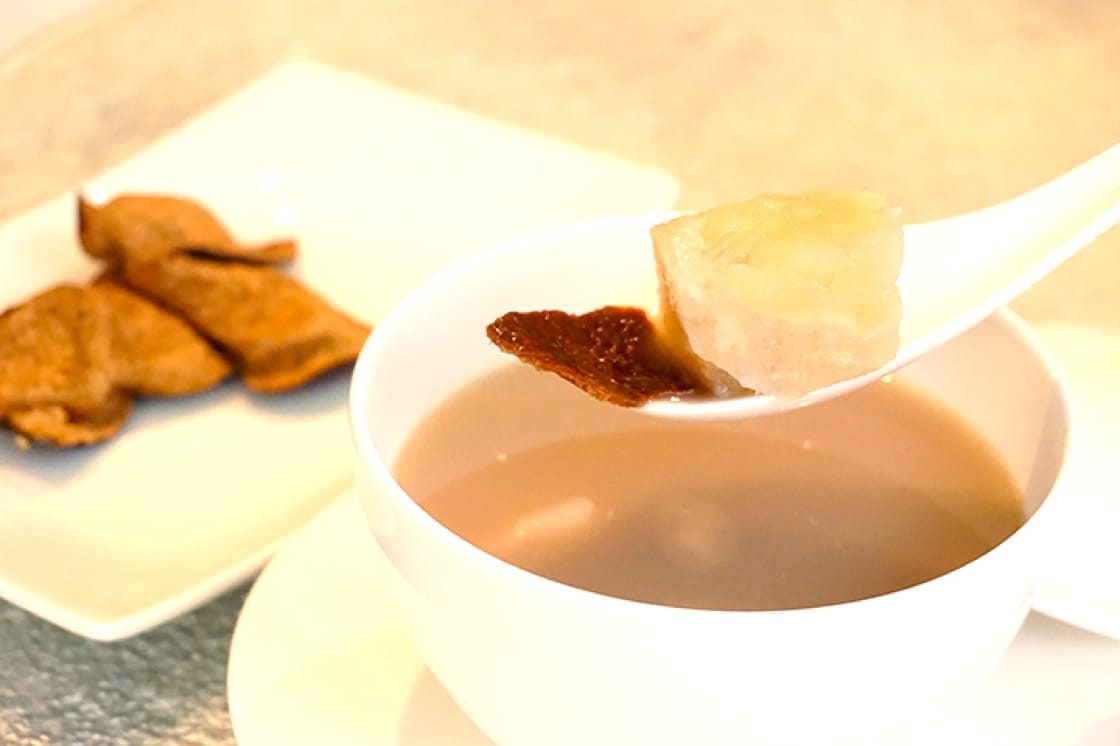 You would likely find a piece of mandarin peel inside soups that are boiled for hours. Lee emphasised its soothing function with regards to the “heat” of the soup: “Soups boiled directly on the heat tend to have a ‘hot’ medicinal property. Dried mandarin peel can nullify the body heat and soothe our throat as we enjoy the soup. Furthermore, it adds a citrusy aroma.”

Many cooks use the fragrant mandarin peel to get rid of the muddy notes in seafood and gaminess in meat. For instance, mottled spinefoot is typically cooked with thinly sliced mandarin peel on top. The fish’s murky taste is replaced by fruity notes. It serves as a depth-builder above the umami of the fish and soya sauce.

Whether used in medicine or cooking, you should take care of the dried zest to prevent it from getting damp. Sealed food boxes or metallic containers are the ideal storage vessels. Let the peel dry under the sun once in a while to keep its smell fresh. Once a damp stench develops in the zest, no sunlight can get that out. The only thing you can do is throw it away.