Executive chef Daniel Cheung of Shang Palace at Kowloon Shangri-La in Hong Kong says when Chinese New Year rolls around every year, his favourite things to make are these snacks which are called “siu hau zou”, or smiling sesame balls in Cantonese. “During the festive season, Chinese chefs will always make a few Chinese New Year goodies by hand. Even when the kitchen is bustling, you take one look at the ‘smiles’ splitting across the faces of the sesame balls in the frying vat and you’ll feel happy too.”

Indeed, food has a wonderful way of bringing smiles to people’s faces and is some of life’s simplest joys. 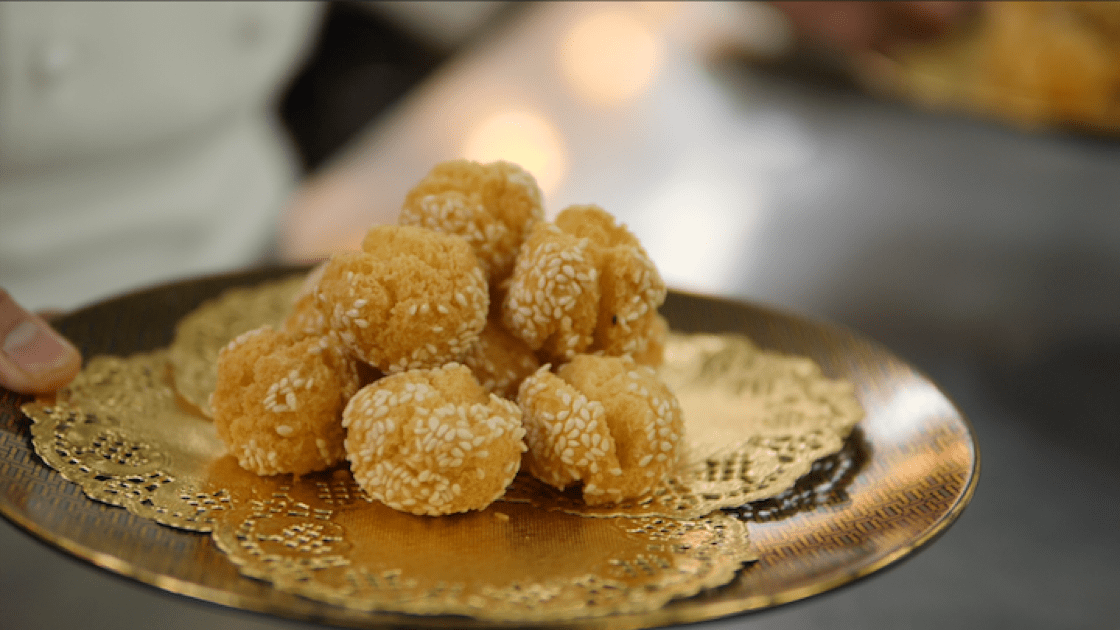 To encourage diners to eat healthier, Cheung’s sesame balls have no fillings, just a smattering of sesame seeds on the surface.
A Simple Smile
These smiling sesame balls are a traditional snack, simple and humble in appearance compared to the colourful array of trendy Chinese New Year goodies flooding the market in recent years. They might seem plain and unattractive to the Instagram generation, but to the older folks, the humble sesame balls are a meaningful way of welcoming joy and happiness into the new year.

Cheung says: “The good thing about smiling sesame balls is that they can be stored for ages without affecting their taste or appearance. In classic versions, you might find fillings of lotus or red bean paste, but these days people are eating healthier and wanting to cut down on sugar, so now we make them without fillings.” 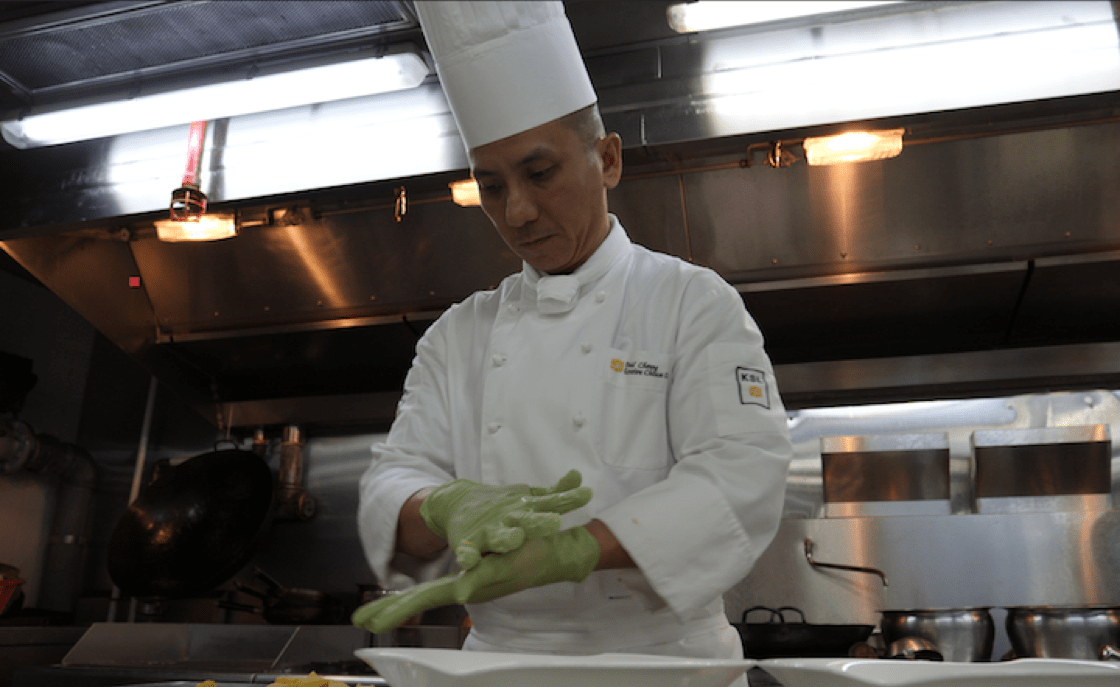 “Once you cut the dough into little pieces, roll them into balls and cover them in sesame seeds, you just need to fry them up. The most important thing is to pick a good, fresh oil. Don’t use oil that has been used to fry other things. If you want to get a light, crisp texture, you cannot put the balls in when the oil is too hot and vigorous. You should just use a warm oil that’s about 40 to 50°C,” he shares.

“When the balls are almost done, turn up the heat and when they are ready, they’ll float and the surface of the balls will split into ‘smiles’. The final and most vital step is to turn up the heat to high and force the oil out. If you don’t do that, the finished result will tend to be oily.” 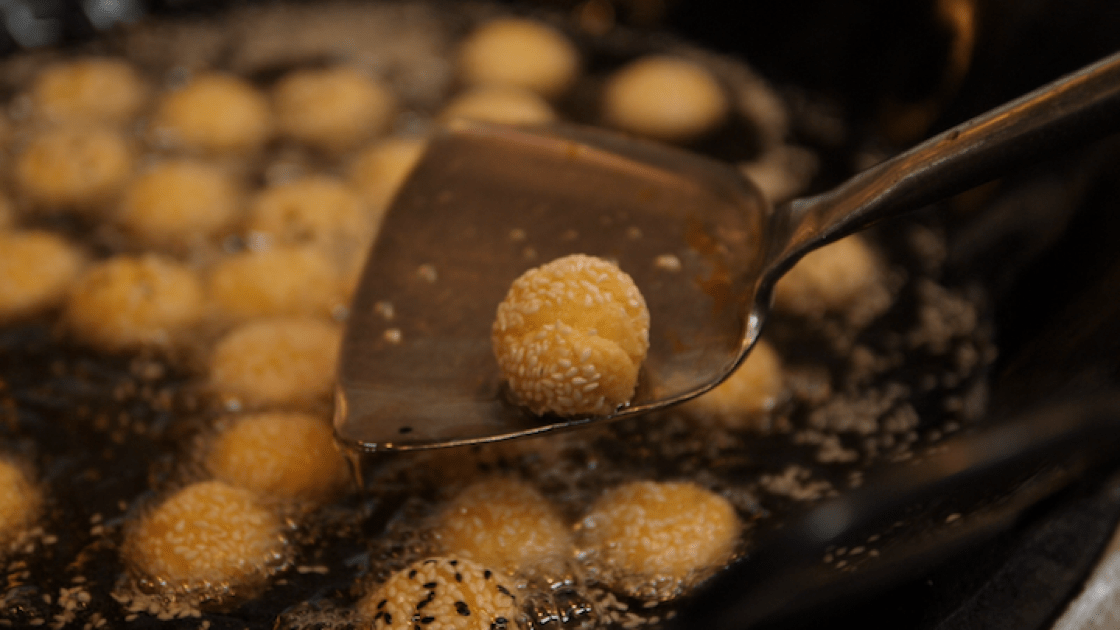 When sesame balls are cooked through, they’ll split open into “smiles”.

Watch the video below as Cheung demonstrates his recipe.

Method:
1. Mix all the ingredients except the plain flour and white sesame seeds together well.
2. Sift the flour in bit by bit, mixing well and kneading into a dough.
3. Divide the dough into 24 equal pieces and roll them into balls.
4. Coat each ball with white sesame seeds.
5. Fry in oil that is between 40 and 50°C until the balls are almost done, then turn up the heat and deep-fry them at 130°C till golden brown. When done, the balls will float and split into “smiles”. 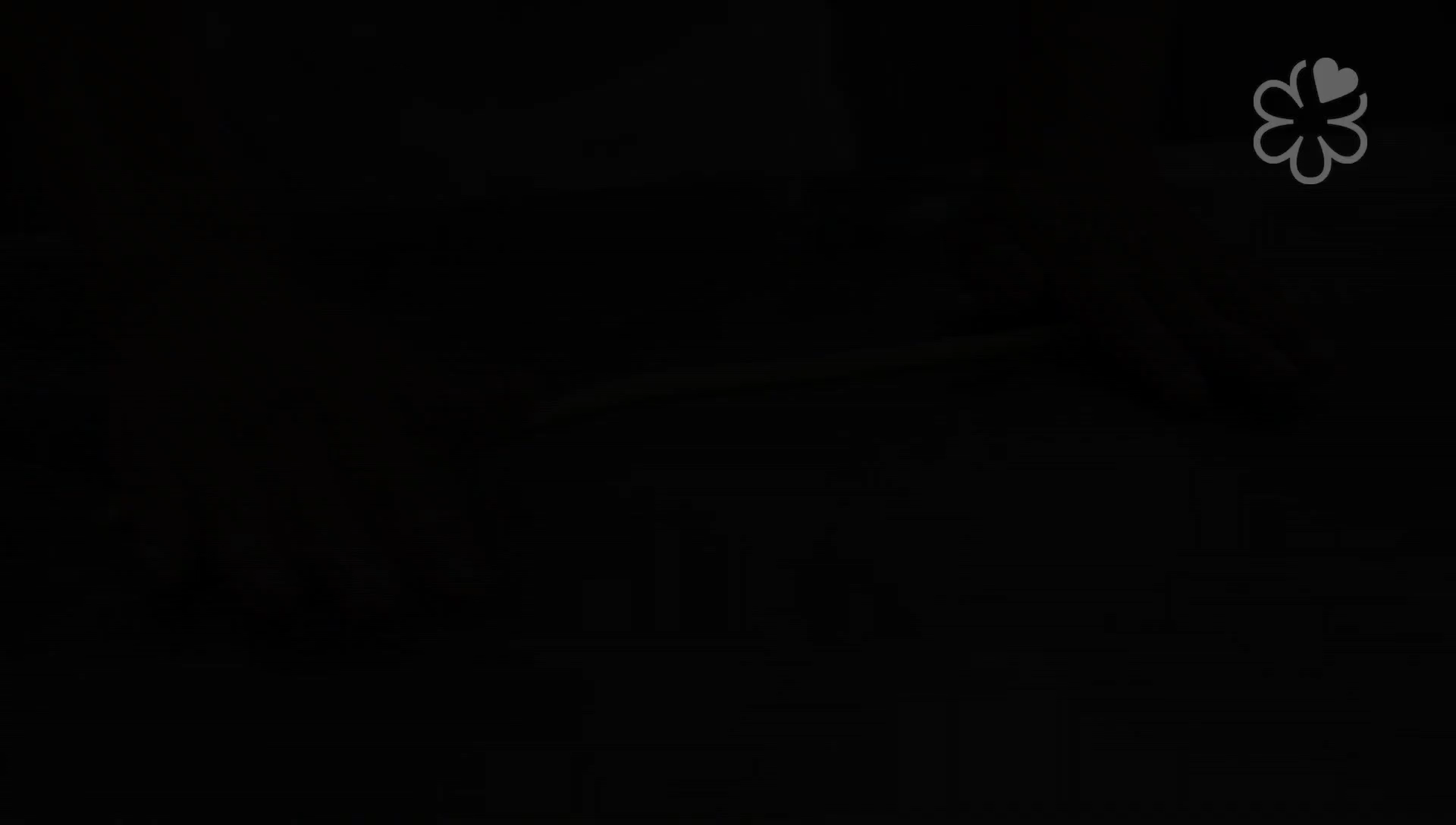 The MICHELIN Guide Recipe Series: Smiling Through the Year
This article is written by Tan Pin Yen and translated by Rachel Tan. Click here to read the original story.
Advertisement
Advertisement