There's nothing quite like a table laden with dim sum for the fickle foodie. Cantonese dim sum is a meal of small dishes served with tea comprising of an array of steamed and fried buns, dumplings and rolls. With almost every dining outlet in Hong Kong and Macau serving dim sum and the rise of dim sum speciality restaurants, diners are often spoilt for choice. Here are five celebrated Chinese restaurants recommended by MICHELIN Guide Hong Kong Macau 2019 to go for your dim sum fix. 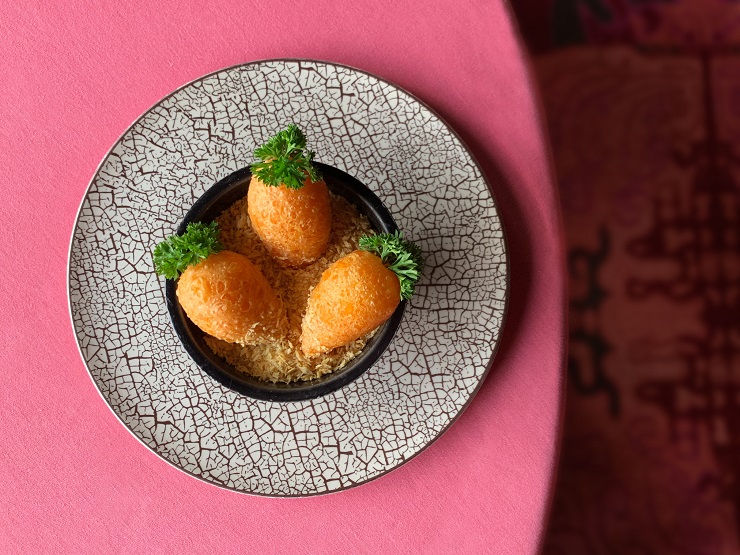 A Fusion of Modern Technique and Time-honoured Recipes

Located on the 25th floor of Mandarin Oriental Hong Kong, one-MICHELIN-starred Man Wah specialises in Cantonese cuisine. In addition to their signature main dishes, tonic soups and appetisers, the restaurant is also known for their great dim sum selection. This luxurious dining space offers over 20 varieties of dim sum on weekdays, with the number increasing to over 30 every Saturday. Seasonal specialities and new flavours are added to the menu from time to time. The finest ingredients are carefully selected to enhance the traditional flavours of dim sum. For instance, richly-marbled Iberico pork is barbecued to make the perfect filling for Char Siew Pau; abalone is wrapped and steamed in lotus leaves with chicken and mushroom in Jan Jyu Gai; and tender lobster meat is used in soup dumplings. The chefs exercise great creativity as well: puffs stuffed with roasted goose and Yanmin (dragonplum) sauce are handcrafted into swans. Dumplings filled with deep-fried pork and dried shrimp take on the shape of a carrot, and are fried to crispy golden perfection. The menu also offers vegetarian dim sum, such as organic vegetarian bun, vegan sharks-fin and mushroom dumplings. Most dim-sum here are served à la carte, making it convenient for individuals or couples to explore a greater variety. 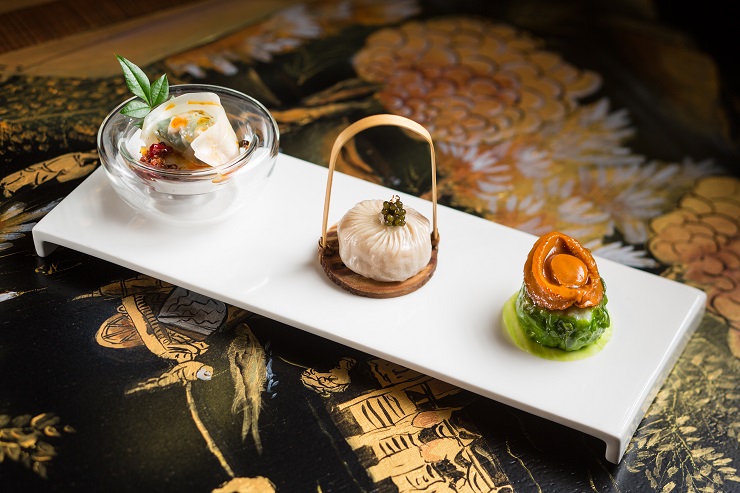 Jade Dragon at City of Dreams Cotai Macau was awarded three-MICHELIN stars for the first time in this year’s MICHELIN Guide Hong Kong Macau. Helmed by Head Chef Kelvin Au Yeung Man-Yin, Jade Dragon sets the benchmark for Cantonese classics such as roasted goose and crystal shrimp balls. In the same vein with the cuisine it serves, this palatial space also features a lavish oriental interior as well as rare jade tableware. Over 20 intriguing dim sum varieties are offered here. Premium ingredients such as lobster, spider crab, sakura shrimp, truffle and Japanese hairy crab are imported to create an exceptional menu. Guests are hence often pleasantly surprised by the contrasting yet balanced sensory experiences in dishes like cheong fun where the silky skin is three ways with red rice, white rice and shrimp paste. Guests are invited to match the skin with a wide range of fillings, such as Char Siew, crispy shrimp rolls, grouper slices, beef and vegetables. Sakura Shrimp is wrapped in green tea-flavoured glutinous rice skin and the dumpling gently steamed to release both flavours of the sea and the tea. Poached wanton in lobster bisque and pan-fried sea cucumber dumplings with abalone sauce are two other perfect expressions of the Chef’s creativity. Jade Dragon also engages in-house tea sommeliers to introduce and brew premium selections of tea such as the Rose Petals Dragonwell and Golden Osmanthus Oolong at guests’ tables, helping to pair the right choice of tea with their dim sum. 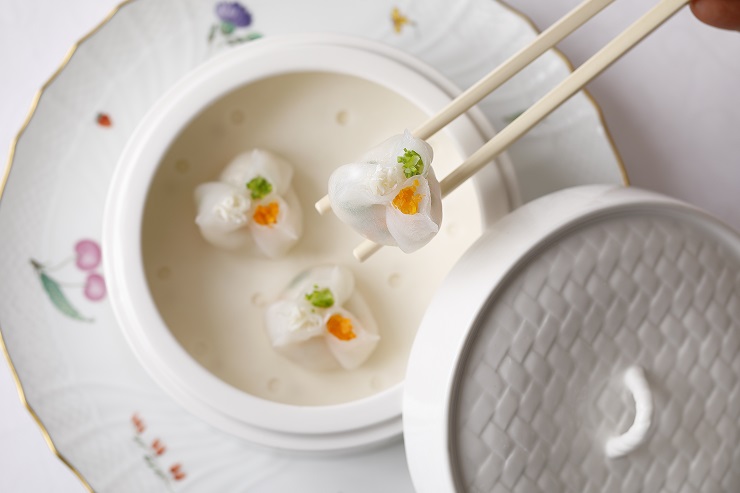 The MICHELIN-recommended One Harbour Road located on the 8th floor of the Grand Hyatt Hong Kong offers a spacious interior and a splendid view of the Victoria Harbour. Apart from traditional and contemporary Cantonese cuisine, their delectable dim sum is also very much the establishment’s raison d'être. There are three dim sum menus available at the restaurant, which are rotated bi-weekly. Each menu consists of over 20 traditional and modern options, with green vegetable, meat and seafood fillings. It is noteworthy that the seafood used at One Harbour Road is sourced from sustainable producers, making it a more environmentally-friendly choice. Steamed seafood, such as scallop, is wrapped with egg-white in dumplings. Caviar is served with seafood dumplings in order to elevate both the latter’s flavour and texture, giving it a sweet and tangy finish. Cheong Fun is a specialty here, prepared in five to six different styles. For instance, the umami taste of barbecued pork and pickled vegetable cheong fun is more intense; while cheong fun stuffed with scallops and bamboo piths is characterised by its robust punch. 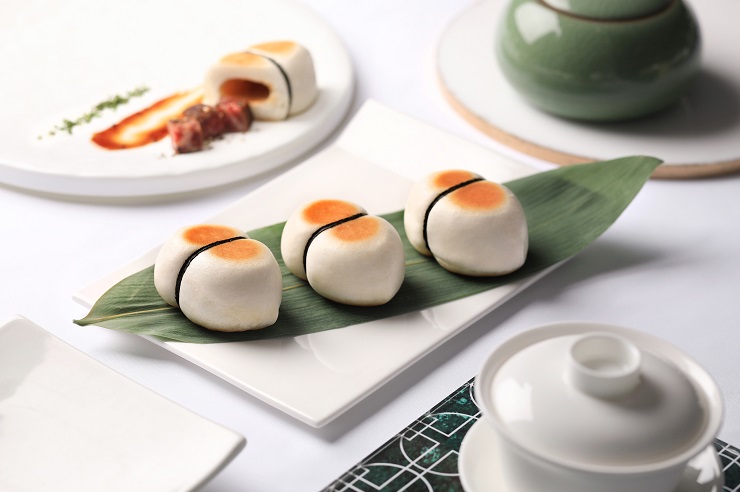 (Pic: Cuisine Cuisine at The Mira)

Apart from the a la carte menu, an All-you-can-eat Dim Sum Menu is also available from Monday to Friday. Guests can enjoy their fill of freshly made dim sum at a fixed price. There are also main dishes, desserts and appetisers to complete your meal. Five premium tea blends including Persian Rose Petals Tea and Ginseng Oolong Tea, as well as classic high-quality Chinese tea options such as Pu'er and Tieguanyin are served as perfect complements to your bite-sized delicacies.

Awarded with the MICHELIN Plate this year, contemporary Cantonese restaurant Cuisine Cuisine is also well-known for its avant-garde dim sum menu. The executive chef leads his culinary team in studying the aromatic palette and creating new flavours every two or three months. Some of the restaurant’s treasured creations include: the Orange Peel Char Siew puff, which balances the richness of roasted meat with a citrusy aroma; and White pepper Pork Liver Wanton, which guarantees to awake your senses with its tantalising spices. There are approximately 40 dim sum varieties on the menu. Guests get to experience the ultimate craftsmanship of Cantonese dim sum Chefs, as various culinary techniques, such as steaming, simmering and slow-cooking are adopted to create a myriad of flavours and textures. 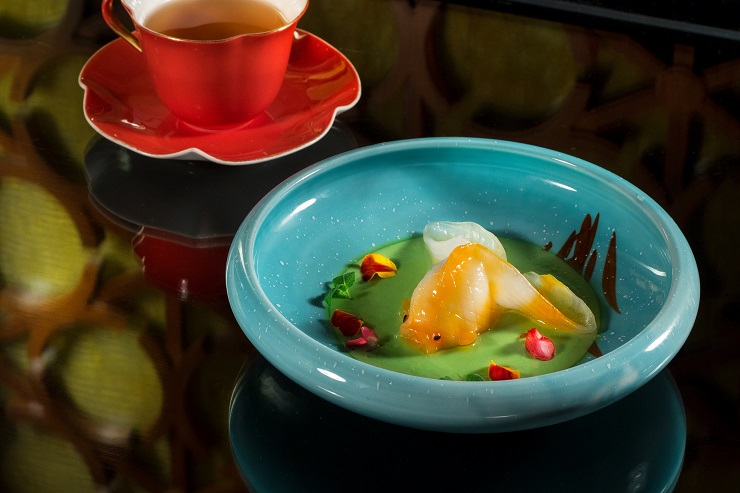 For one-MICHELIN-starred Shang Palace, dim sum is its forté. Experienced dim sum chef Leung Kin Wai is the genius at the helm. Having inherited a profound culinary heritage from his masters, Chef Leung has not only re-interpreted recipes of traditional dim sum, such as har gow, crab meat siu mai and X.O sauce cheong fun, but has also gone on to improvise and create new favours on a regular basis. One of his latest creations is the steamed cod fish and vegetable dumpling. Diced cod fish and vegetables are marinated overnight before being stuffed into dumpling skins, adding more intense flavours to this seafood parcel. Vegetarian dumplings are handcrafted into the shape of blooming lotus flowers. The fillings are made from an assortment of fungus which include the king oyster mushroom, Japanese Shiitake mushroom, black fungus and snow fungus. Due to the meticulous preparation process, guests have to order at least a day prior to dining for dishes such as the Scallop Goldfish Dumplings with shrimp and scallop filling. With their skin coloured by carrot juice, the dumplings are moulded into intricate shapes resembling goldfishes. These are then served on steamed egg made from vegetable broth, giving the impression of goldfish swimming in a pond. Leung also specialises in desserts where he makes flavourful pineapple tarts with fresh pineapple.

This article is written by Clarence Chan and translated by Tang Jie. Click here to read the original story.
Advertisement
Advertisement 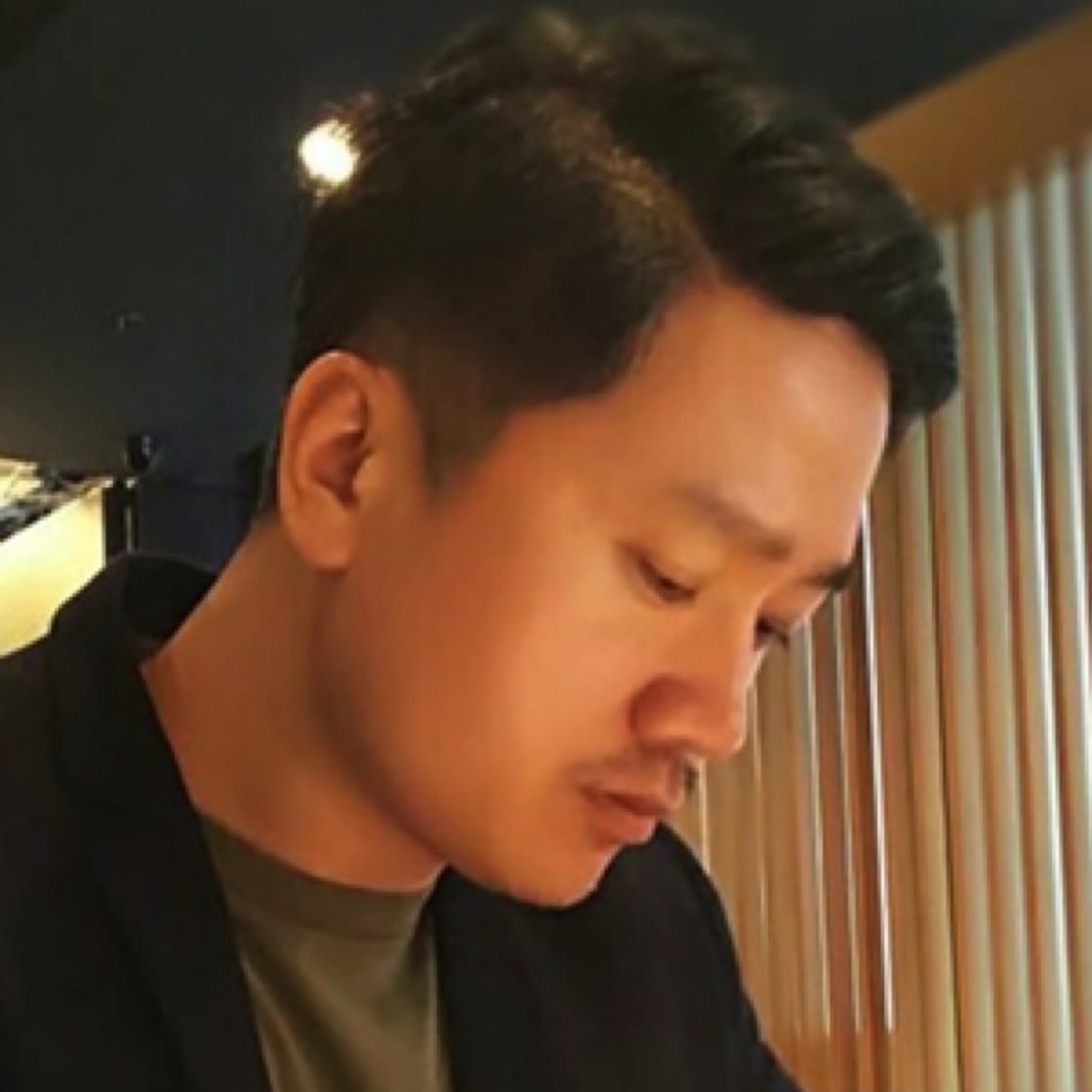