Carrying On The Classics

Michelin-plated restaurant Shang Palace Singapore is led by Chinese executive chef Mok Kit Keung, who was trained to cook Cantonese food since he was very young. Having spent 40 years in this trade, he pointed out many people nowadays “eat first with their camera”. For this reason, many Cantonese restaurants have adopted a more Western way of presentation. Some even changed the flavours of the dishes. 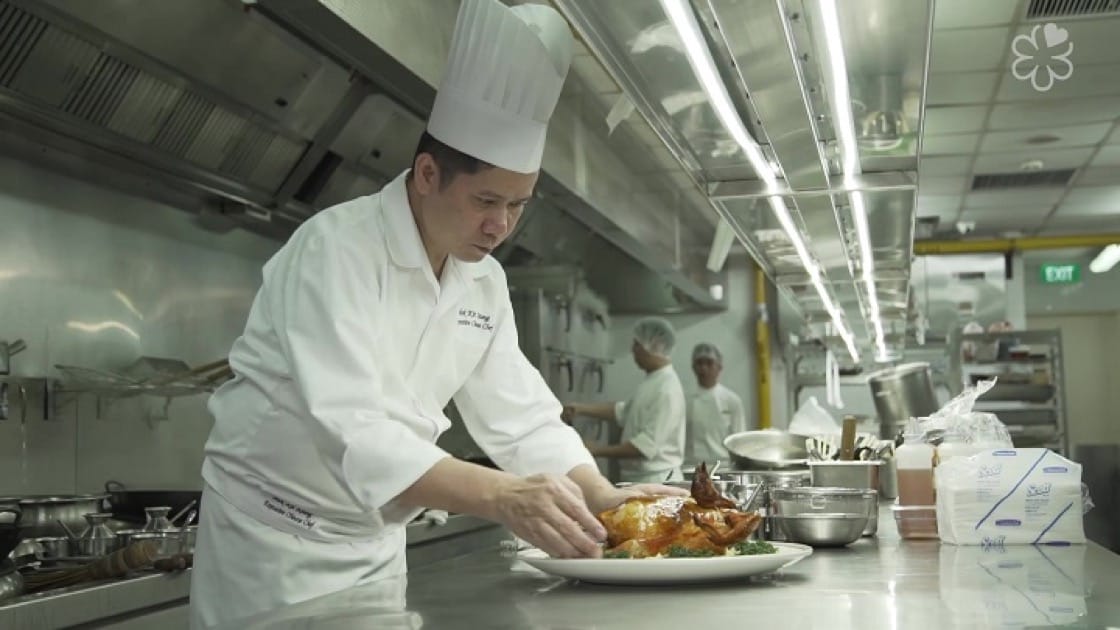 Chef Mok has been cooking classic Cantonese cuisine for the past four decades.
However, a large part of Shang Palace’s menu is still based on the most traditional rendition of Cantonese food. In Mok’s opinion, innovation can’t deviate from the original taste. “If we don’t maintain it, the next generation wouldn’t know what that is (traditional Cantonese cuisine) anymore,” he says.

Mok told us traditional Cantonese cuisine is a sinking ship in South-east Asia. From prepping to all the work on the stove, cooking Cantonese food the old way is manpower-, time- and capital-intensive, and restaurants are moving away from it. 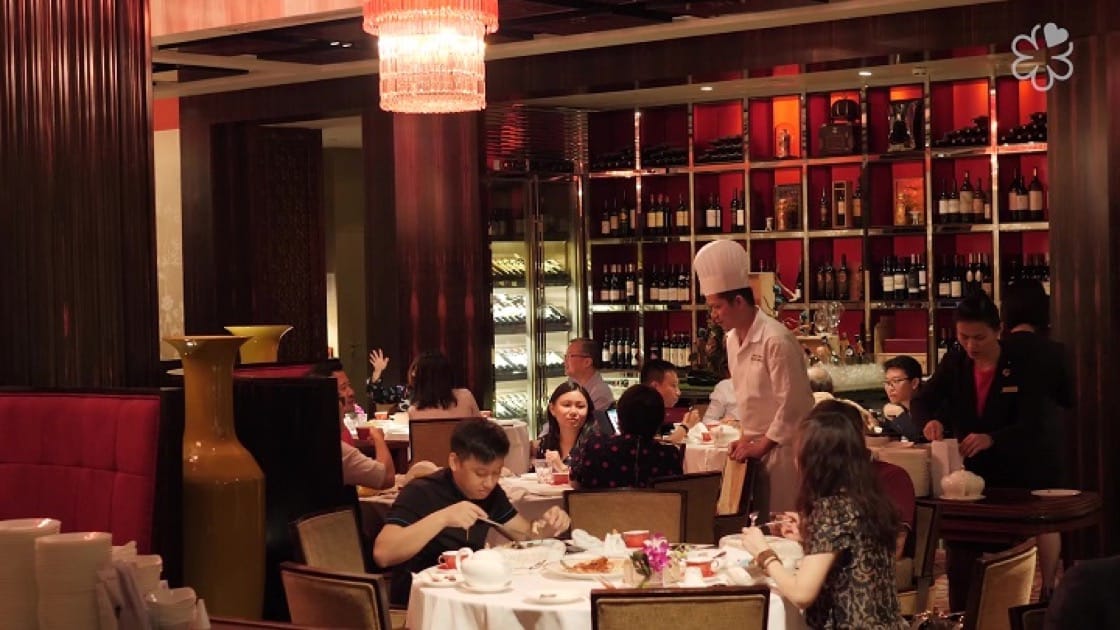 Most of the dishes at Shang Palace are still based on traditional tastes and techniques.
To let more diners understand traditional Cantonese food, Mok shared with us several well-received dishes from his menu that require patience, experience and skill in their preparation. 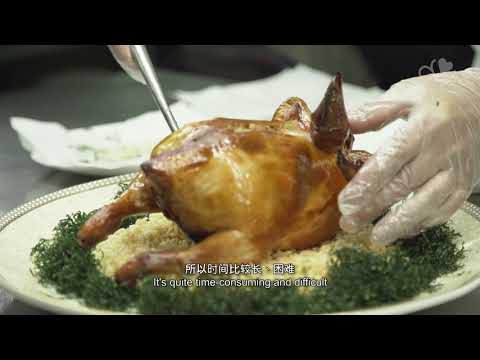 The MICHELIN Guide Insider Series: Carrying On The Classics

First up, deep-fried whole boneless chicken filled with fried glutinous rice. Unlike the lo mai gai you would find in dim sum restaurants, this Cantonese classic has glutinous rice (stir-fried from raw), dried scallop, dried shrimp, various cured meats and dried shiitake mushroom stuffed in the cavity of a deboned chicken. After a hot water bath, the stuffed chicken is brushed with a marinade that would caramelise its skin after cooking and air-dried for four hours. It is then roasted and deep-fried before it’s served. It’s a painstaking procedure and the step of air-drying is especially challenging, as it could affect the crispiness of the chicken. The cooks would need to use every bit of technique and patience they have to make it work. 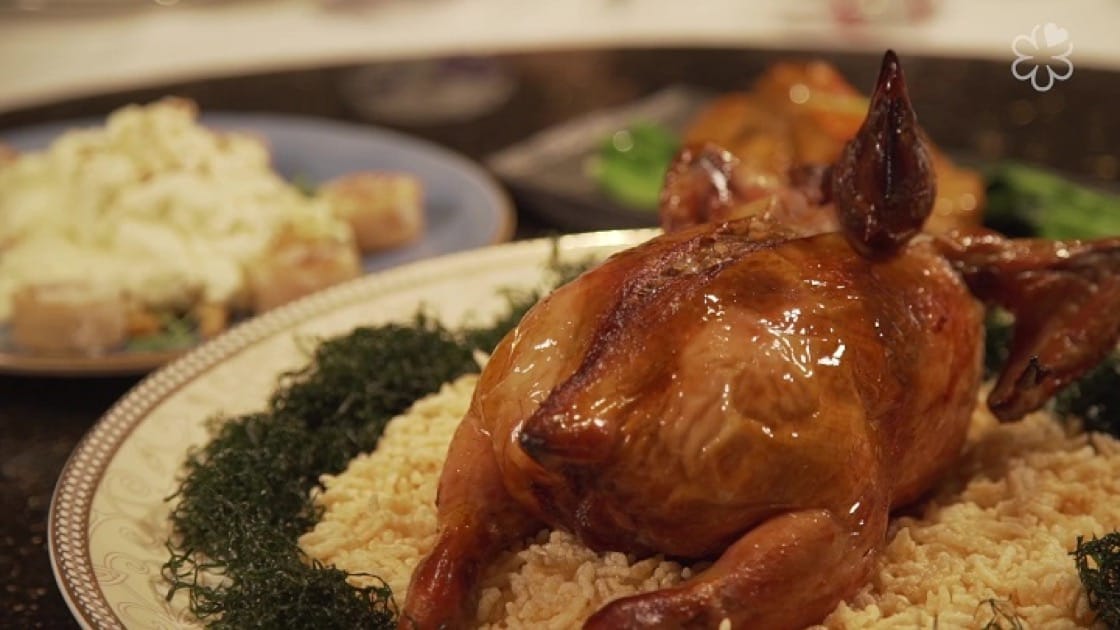 The deep-fried whole boneless chicken filled with fried glutinous rice is a laborious dish to make.

The second dish Mok introduced is sautéed fresh milk, crab meat and egg white accompanied with deep-fried pork rolls with preserved bean curd. The two components — sautéed fresh milk and deep-fried pork rolls — both originate from the town of Shunde and Mok believes they taste better when served together. While the dish name reads “wild chicken rolls” in Chinese, it is traditionally cooked with pork, a more common choice of meat back in the days when chicken was eaten only in festivals. 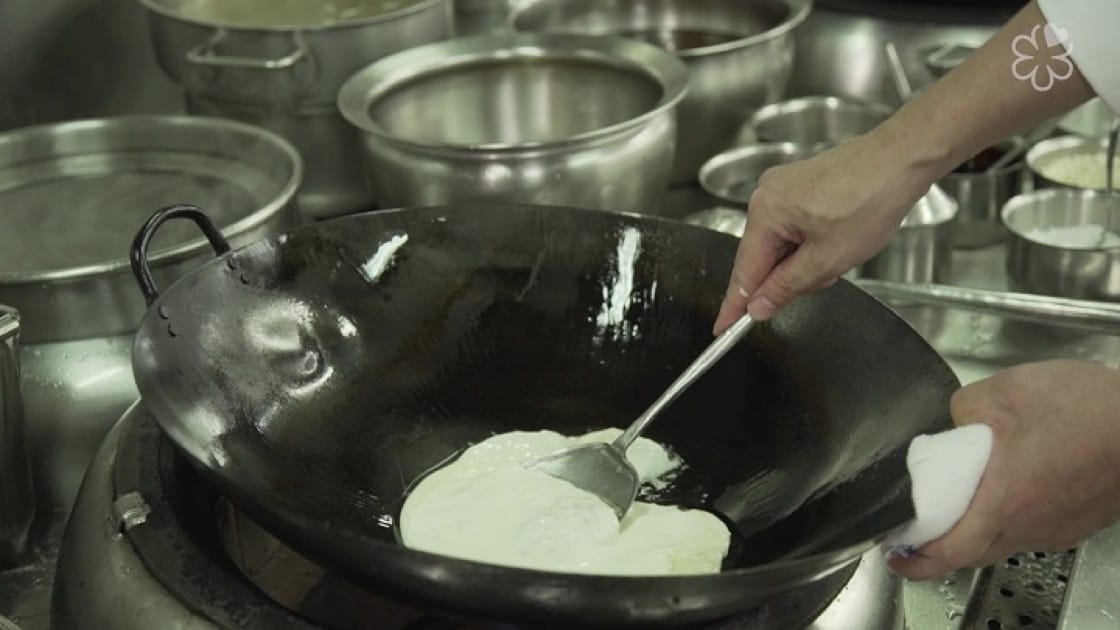 Sautéed fresh milk is a test to a cook’s control over the fire. The milk will not solidify if the heat is too low, but if the heat is excessive, it will burn.

The rolls reveal the knife skill of the cook — the pork needs to be first thinly sliced and marinated. It is then made into rolls, steamed, refrigerated and finally deep-fried. At the end, the sautéed fresh milk is placed on top. This part puts the cook’s control over the fire to the test. The milk will not solidify if the heat is too low, but if the heat is excessive, it will burn.

Finally, in the dish of sautéed boneless chicken wings with abalone and mushroom, fresh chicken wings are deboned and stuffed with abalone, Chinese cured ham and shiitake mushroom. They are pan-fried and braised to showcase the aroma of the chicken meat and the abalone’s umami. The most difficult step is to keep the chicken skin intact while cooking. 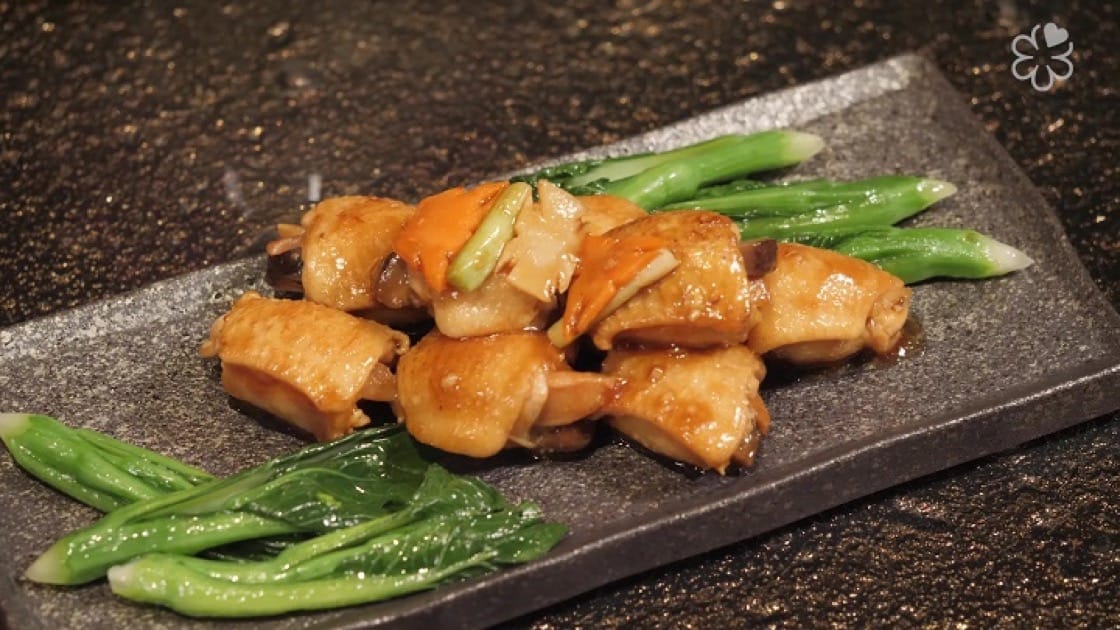 Sautéed boneless chicken wings with abalone and mushroom showcase the aroma of the chicken meat and the umami of the abalone.
While overseeing the kitchen of Shang Palace in Singapore, Mok is also at the same time a consultant to the one-Michelin-starred Shang Palace in Hong Kong. On top of that, he makes annual trips to the Shang Palace in Paris every year. Rather than keeping his culinary knowledge to himself, he passes on everything he has learnt, in the hopes of letting more people understand traditional Cantonese food and spreading it overseas, so that this age-old culinary culture can step into the future.

RELATED: Chinese New Year: Taste Of The Past 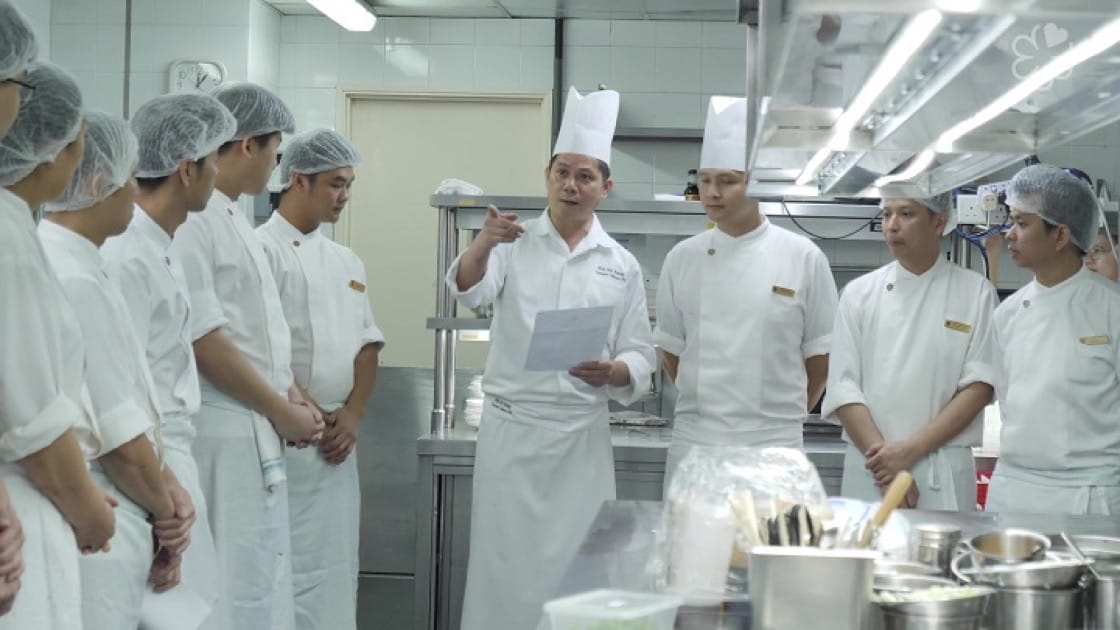 This article is written by Yvette Eng and translated by Vincent Leung. Click here to see the original story.