The First Day We Got Our Stars: Roberto Galetti

The Singapore Italian fine dining stalwart shares what it was like the day Garibaldi Restaurant & Bar In Singapore got one MICHELIN star.

Garibaldi Italian Restaurant & Bar is one of Singapore’s longest-standing and most respected fine dining Italian restaurants. In 2017, 14 years after it was established on Purvis Street, its status was cemented when it won one Michelin star. We speak to Executive Chef Roberto Galetti on his restaurant's newly-minted status this year, following the Michelin Guide Singapore awards. 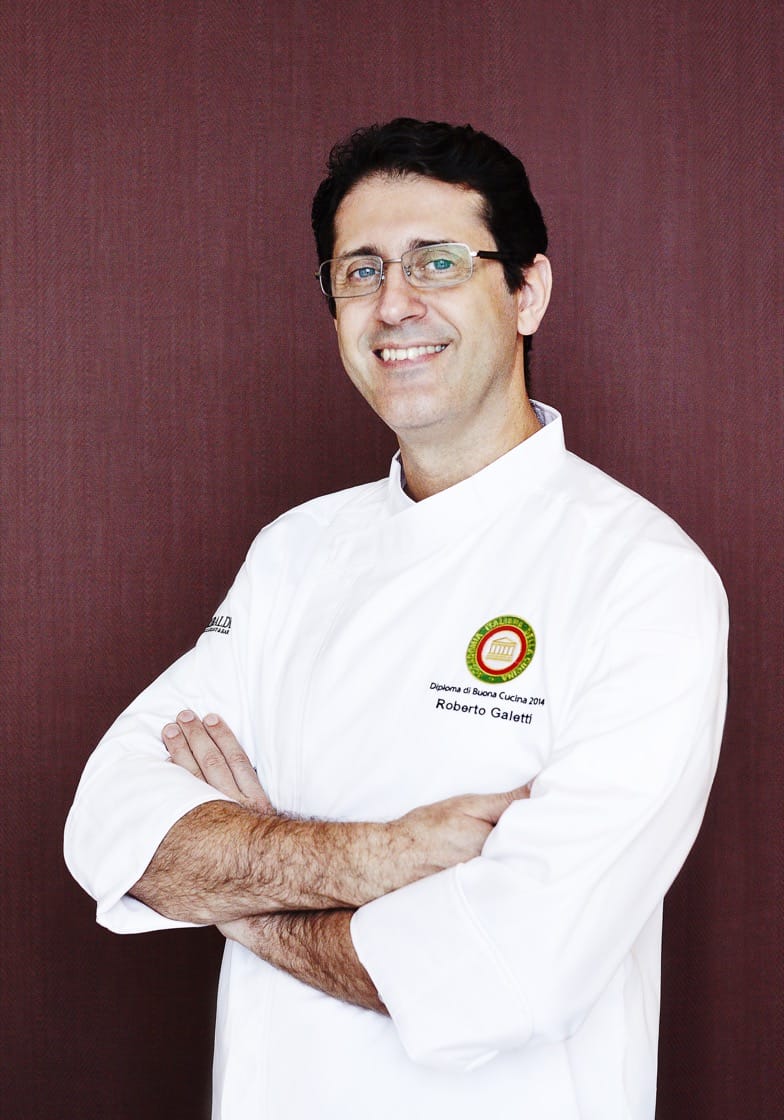 My first encounter with the Michelin Guide was…   in London in 1991. At that time, I was working as a commis chef at the Italian restaurant of the Hyde Park hotel in Knightsbridge. I was only 21 years old and it was my first working experience outside Italy. The executive chef was previously working for the (now defunct) Michelin-starred Stefano Cavallini restaurant at The Halkin hotel and whatever he was doing, he would always repeat: “When I was at Cavallini we made the fish this way; when I was at Cavallini we cooked the pasta that way…” So finally, I decided to book a table for lunch and for one person only since I couldn’t afford more. I spent half of my first salary on that lunch but it was really worth every single pound. That was a wake-up call
for me. From that day everything was different, but I had never worked in a Michelin-starred restaurant until the day that my own restaurant won one.
Advertisement
Advertisement
The first time our team earned a star…   we never expected to go so far.  When I opened Garibaldi in 2003 I was dreaming of a restaurant that would stay open and successful for at least 20 years. I wanted Garibaldi to be different from the usual Asian trend in F&B which many restaurants closing within 5 years. I always liked the saying: ‘If you are persistent you will get it, if you are consistent you will keep it'. I never expected to earn a star but after we got to know that we did, the whole team was super excited and I am so proud of every person that has worked with me, not for me. 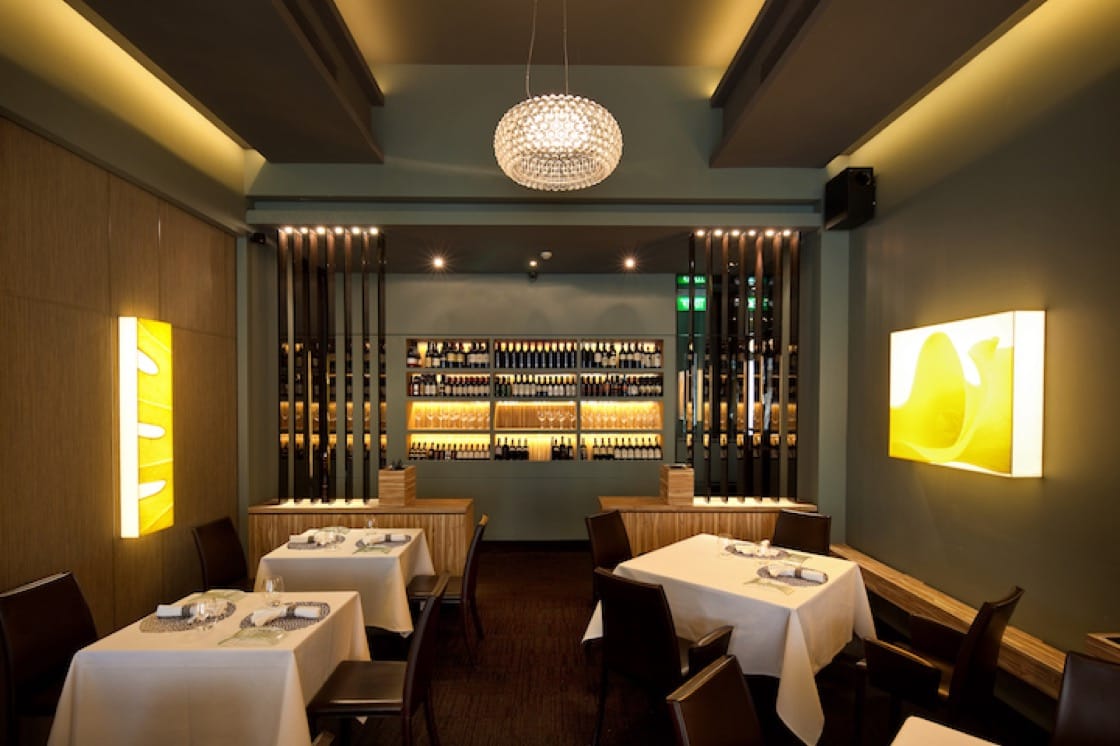 Garibaldi Restaurant on Purvis Street
How did you celebrate when your restaurant received one Michelin star?
During the gala dinner, they told us that it was mandatory to stay until the final group photo. Once the final photo was taken, it took me less than three minutes to be out of the ballroom. I called my restaurant manager Antonio to chill 12 bottles of champagne and I was already on my way towards Garibaldi restaurant.  When I arrived at the restaurant the staff was already celebrating at our bar, and the feeling was amazing. They welcomed my wife and I like we were Hollywood stars who’d just won the Oscars. We offered a glass of champagne to the customers as well and we all celebrated together.

How has the Michelin guide influenced your life and career?
As I’ve previously said in other interviews, before the Michelin star announcement I was living a perfect life, the business has always been good, and I had the best team there taking care of everything so I had time for my family. Now everything has been shaken but I am happy because I was too young to plan my retirement. It’s been both positive and negative: I have more stress and a bigger fear of failing now, with higher expectations come more demanding customers, and less time for myself and my daughter. Yet, I get more satisfaction and a renewed sense of commitment and bigger dreams. 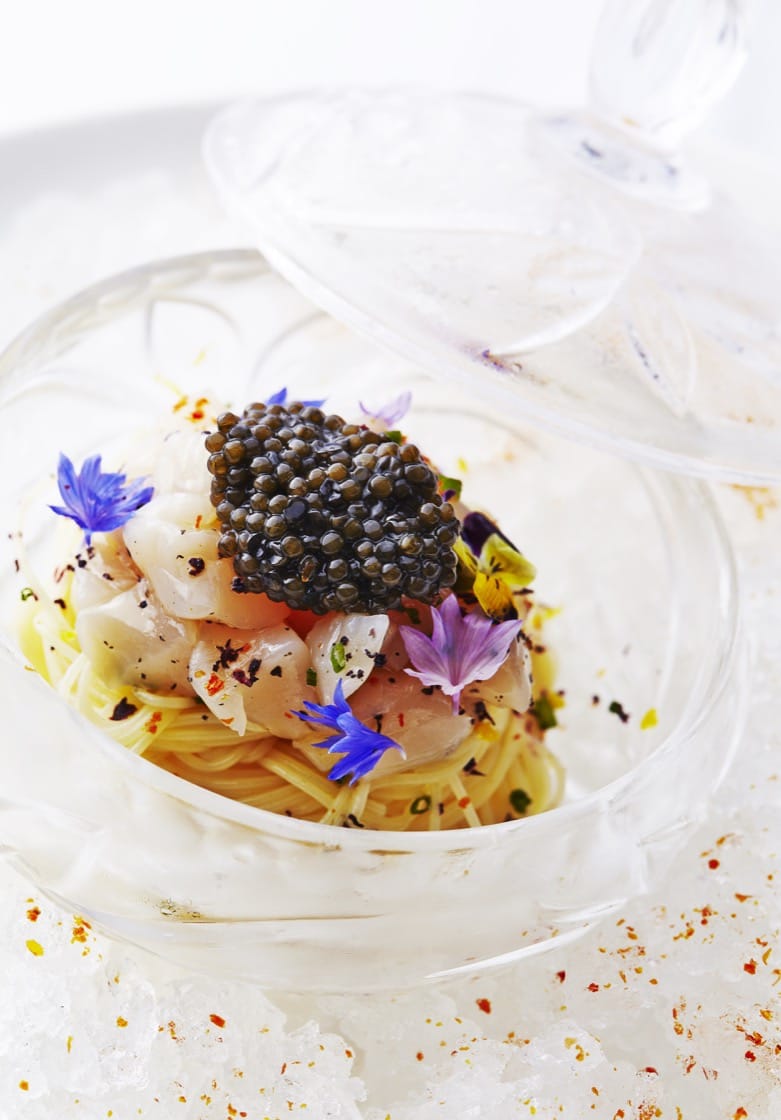 How will one Michelin star affect the direction of your restaurant?
The direction of my restaurant has always been very clear to me and to all of my team and we do not intend to change the philosophy of serving authentic Italian food using the best ingredients we can find and maintaining an honest and humble approach to the customers.  Garibaldi has been called home by many of our customers during our first 14 years and I really hope we will be able to maintain that.  We will continue to improve where we can and we will continue to keep our feet well attached to the floor.

To you, what does a Michelin star symbolise?
The tip of the iceberg! To reach the tip of the iceberg is everybody's goal, but you don’t see the difficulties and the hard work underneath which are always there and we need to keep growing in all areas of life—mental, emotional, spiritual and physical—to build the base.
Your advice for young chefs aiming for Michelin stars is…  I would like to answer this question using a quote I found many years back. I still don’t know who said it but it’s what I’ve always followed and it has given me the right attitude to reach the tip of the iceberg. “An arrow can only be shot by pulling it backwards. When life is dragging you back with difficulties, it means that is going to launch you into something great. So, just focus and keep aiming!”