Italian chef Denis Lucchi was only 14 when he entered culinary school, driven not by ambitious dreams of MICHELIN stars, but with a simple love for cooking and the hopes of getting a job in one of the many restaurants and hotels that surrounded the picturesque Lake Garda in his hometown of Brescia in Lombardy. 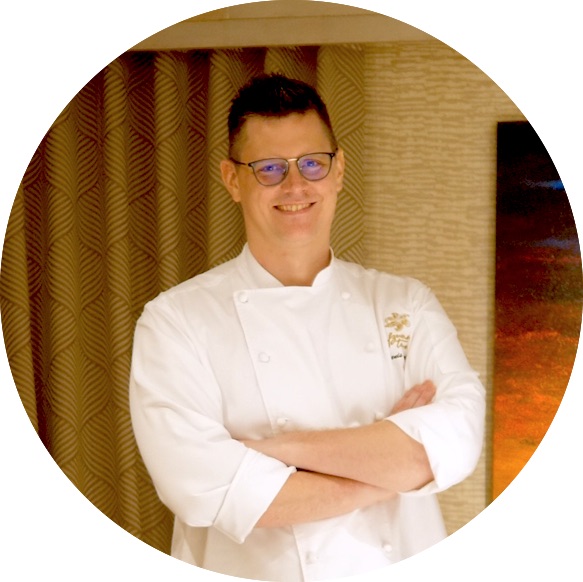 After his national service, Lucchi furthered his culinary career training in some of the most premier restaurants in London and Rome before returning to Lake Garda to work in a MICHELIN-starred restaurant there. But it wasn’t long before his appetite for adventure pushed him to try something new again. “I like to see new things, I always liked to explore and travel,” he says. “So I decided to move far away from Europe because I just wanted to explore something different, and I came to Singapore.”
After finding his feet at distinguished Italian restaurants in Singapore like Gattopardo and Garibaldi, Lucchi began his tenure at Buona Terra in 2012. The name of the restaurant translates to the ‘good earth’ and it was there that the chef began serving elegant contemporary Italian dishes crafted with prized artisanal ingredients according to time-honoured Italian recipes.

In September, Buona Terra was recognised with a MICHELIN star in the MICHELIN Guide Singapore 2019. Here, the chef talks about his relationship with the red guide and his emotions surrounding the win.
Advertisement
Advertisement 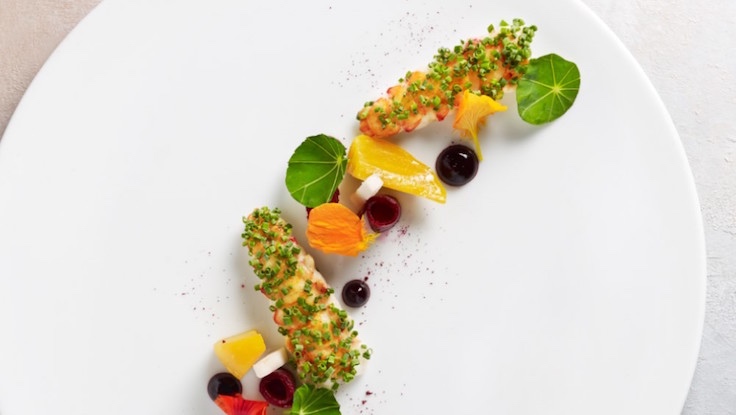 Denis Lucchi delivers elegant Italian creations at Buona Terra. (Pic: Buona Terra)
What was your first encounter with the MICHELIN Guide?
I didn’t really dine in fine dining restaurants when I was young but I happened to work in some MICHELIN-starred restaurants. My first proper encounter with the MICHELIN Guide was probably in culinary school, where I learnt that the best fine dining restaurants were judged based on their MICHELIN star ratings.

What was it like when your restaurant received a MICHELIN star for the first time?
It was awesome. I received the invitation to attend the gala dinner by email, but everyone in the restaurant industry knows that an invite doesn’t mean that you will definitely be receiving a star. But we thought, based on the experience of others, that if you were invited to come to the gala dinner dressed as a chef, it is probably because you will be receiving an award. I saw the email and I immediately told all my colleagues. We were really happy

I thought about all the time that we have spent on the restaurant the last few years and all the things we do year after year. To get this recognition from MICHELIN finally, after six years, is something that made me really happy. To get a MICHELIN star someday was something that never really crossed my mind, especially not for a restaurant so far away from Italy!

How did you celebrate?
After the gala, we celebrated as a team and drank a lot, I think (laughs). We celebrated and we were all very happy but it lasted only for one night because it was back to work the next day.

As a chef, what does having a MICHELIN star mean to you?
We wake up in the morning and we spend all our hours in this restaurant doing our best and pushing hard to present excellence to all our diners. Whenever you try your best to raise the level of your restaurant, you always hope for some kind of recognition. Having this MICHELIN star is definitely a motivation. It lets us know that if we really work hard, recognition will arrive. It gives us the encouragement to keep going, so we dare to push harder and harder day after day.

Do you have any advice for young chefs aiming for MICHELIN stars?
My main advice is follow your dream, focus on your goal and work hard for it. As long as you keep going, your hard work will be recognised.
m MICHELIN Guide Singapore 2019
Buona Terra
Italian Contemporary
m One MICHELIN Star: High quality cooking, worth a stop!
ó Comfortable restaurant
29 Scotts Road, Singapore
Advertisement
Advertisement