Catia and Mauro Uliassi’s eponymous restaurant in Senigallia on Italy’s East Coast is the newest three-starred restaurant for the country. Technique and technology with a tradition in constant movement coexist within the kitchen, and this is fueled by the brothers’ travels and their coastal surroundings.

“It is a place full of energy, which is exceptionally beautiful,” says Sergio Lovrinovich, director of the MICHELIN Guide Italy. “Diners are always presented with a memorable experience and unique cuisine, that is well worth making the special journey for, as the three Michelin stars signify.” 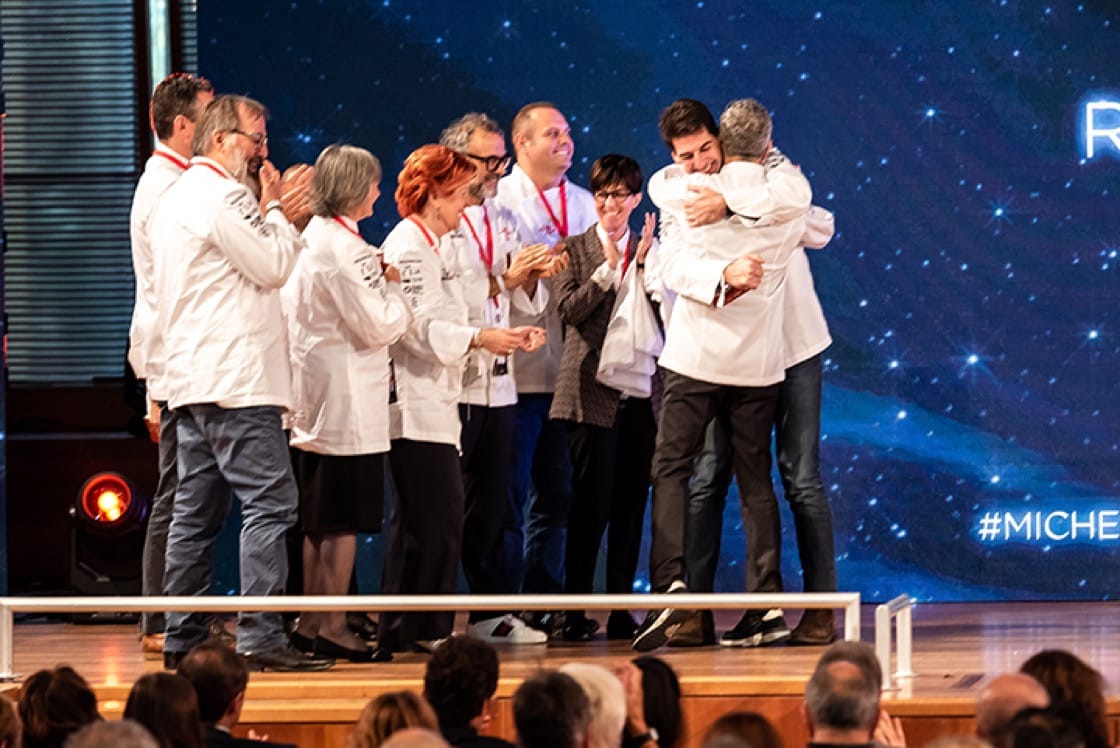 “This year, the 367 addresses distinguished by our teams of inspectors make a vibrant tribute to the richness and regional diversity of Italian gastronomy, which is a gastronomy of products, terroirs and authenticity,” says Gwendal Poullennec, international director of the MICHELIN Guides. “It is also always fascinating to note how much the chefs and artisans at the head of these restaurants are living and evolving the Italian culinary scene, oscillating between respect for tradition and gourmet innovation.”

Also included in the 2019 guide are 39 two-starred restaurants and 318 one-starred establishments—29 of which are new entries.

In the south of Italy, there is the return of Basilicata in Matera at restaurant Vitantonio Lombardo, and a new star in Calabria at chef “Nino” Rossi’s Quafiz.

And in the islands, Heinz Beck achieved a star with chef Giovanni Solofra at St. George by Heinz Beck in Taormina, Sicily, while Italo Bassi regains a star at the ConFusion Lounge in Arzachena, Sardinia.

Congratulations to all restaurants. View the newly-starred restaurants below.