How one man won over the hearts of people with his laksa and mee siam laced with fruit juice.

Behind The Bib hawker Singapore

FROM SIMPLE DISH TO LUXE DELICACY
You wouldn't think a hawker stall that has been around for 17 years could be a new kid on the block. But given Hong Lim Market & Food Centre's 40 years of history, Famous Sungei Road Trishaw Laksa is considered just that, amongst second or third-generation stalls that have been around much longer. Yet, it continues to hold its own by serving up delicious bowls of laksa and mee siam laced with fruit juice.

Both dishes are not just rich in flavour, but also in heritage. Mee siam, for instance, is said to have its roots in Malay cuisine, though some believe the dish is influenced by Thai fare too. And while some prefer the spicy richness of a laksa gravy made with coconut milk, others enjoy the tangy flavours of a tamarind-based broth more. 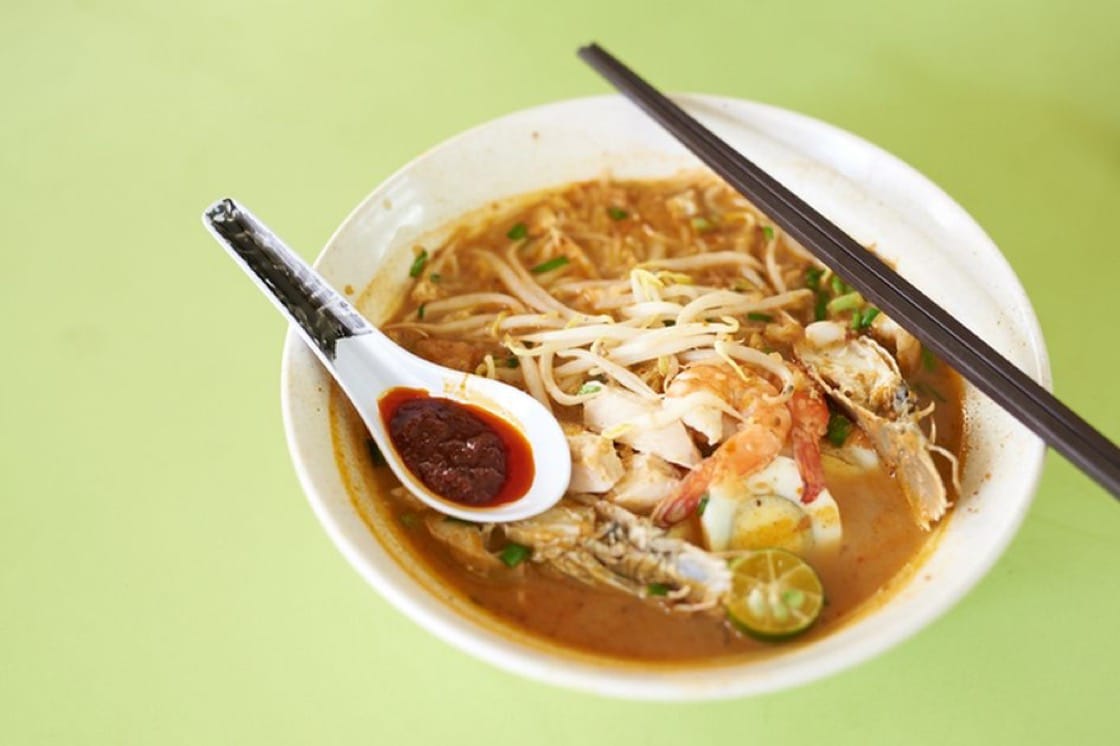 TALKING POINT
The stall might appear in various travel guides today and is proudly promoted by Singapore Tourism Board, but few know that stall owner Daniel Soo once experienced the heartache of throwing away unsold laksa gravy at the end of the day. 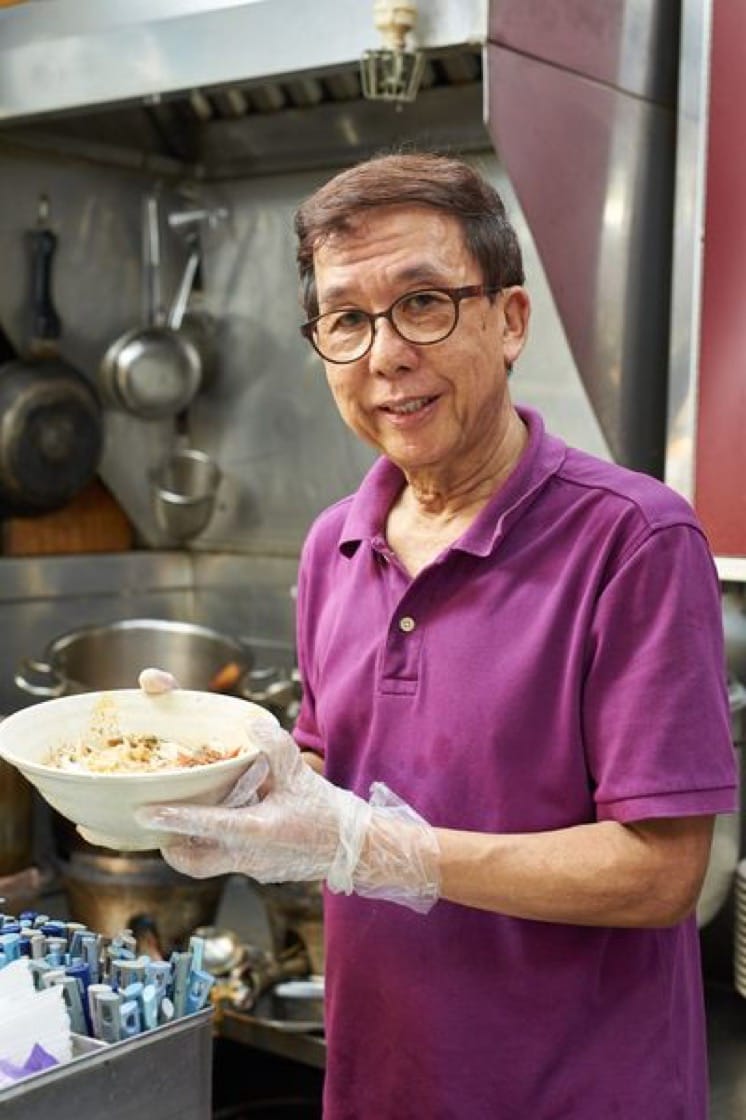 “While Hong Lim Market & Food Centre attracts a large crowd, most people would visit the famous stalls and overlook the others. Nobody knew about us in the beginning, so business was poor," says Soo. As a young man, he spent most of his time abroad for work and lived apart from his wife and two sons. Ten years ago, Soo returned to Singapore to start a laksa stall with his wife.

Business was slow from the get-go, but Soo's sincerity and open nature helped him tide through this period. Apart from making friendly conversation, he would actively engage customers to get their feedback on his food. The 60 year-old says plainly that there isn’t a heirloom recipe behind his laksa; instead, it was created through his own research and improved upon by listening to his customers’ comments.
By working on his recipes and incorporating feedback, Soo persevered and went on to specialise in mee siam and mee rubus as well. This has led the stall to its Michelin-rated status today.

“I told myself that since I have already embarked on this journey, I will have to do my best, Yet this would not have been possible if not for the candid feedback from my customers. As for the recognition from Michelin – this is a huge pat on the back that will motivate me.”

UNIQUE OFFERINGS
The stall’s name pays tribute to the style of laksa made popular by the itinerant food vendors at Sungei Road some 50 years ago.These vendors would hawk steaming bowls of slippery noodles in a rich broth from their trishaws, hence the name on Soo's signboard today.

Soo explains that the defining characteristic of his laksa is its use of less coconut milk, which results in a gravy that is rich yet not overly cloying. Apart from the usual spices and  dried shrimps, Soo also adds in premium ingredients such as dried scallops, dried oysters and fresh prawns, giving the gravy an intense underlying sweetness. The broth is only mildly spicy so that customers can easily adjust it to their preferred level of spiciness by adding chilli to their taste.

The word "laksa" might be on his signboard, but what Soo is most proud of is his mee siam laced with fruit juice. Even though the dish features the usual combination of bee hoon (fine rice noodles), beansprouts, fried beancurd puff, egg and chicken, the addition of fruit juice makes this dish especially tasty.

For starters, Soo concocts a special blend of juices in place of the usual tamarind water used. This not only cuts through the richness of the mee siam gravy, but lends a fruity fragrance to the dish.

The laksa and mee siam dishes are priced between $3 to $8, and can be accompanied by either fresh prawns or crayfish. While serving laksa with crayfish is a unique selling point, Soo doesn’t neglect the details either. Whenever supply allows, he adds a sprinkling of dried shrimps over the laksa to introduce a different textural layer to the dish.

A CHANGE OF PACE
For each day that the stall opens, Soo reaches Hong Lim Market & Food Centre in the wee hours of the morning to prepare three types of stock. And though the stall closes around 4pm, he stays back to wash utensils and clean the stall, instead of hiring help. His wife – who was previously a homemaker – has been his loyal assistant through the years, and he shares that he is very grateful for her sacrifice over the last 17 years. Now that they are both in their golden years, Soo says that, while working hard, they also reward themselves periodically with overseas holidays.

“I am now in semi-retirement mode and sometimes travel for two to three weeks. We feel sorry for customers who make a special trip down to try our food, only to find the stall closed, but hope that they can understand!”