Kitchen Language: What Does Lemak Mean?

This Malay word is used to describe the rich creaminess of coconut milk in food.

Although lemak in the Malay language is a general-purpose word for fat (lemak babi translates to pork lard), in a culinary context the term refers exclusively to the coconut milk creaminess in dishes like nasi lemak and laksa lemak, or Malay and Nyonya kuehs.Lemak is never derived from other fat sources like butter or lard - roti prata is greasy, not lemak. When something is lemak, the richness of coconut milk is indivisible from its coconutty flavour.

Coconut milk can be made at home simply by squeezing grated coconut through a muslin. The first press yields the thickest milk, with a fat content of up to 20 per cent. The second extraction requires pre-soaking and yields a much thinner liquid containing only about five per cent fat.Canned coconut milk contains a combination of both, from which the thicker coconut cream separates when left to stand. Use the thick milk or cream to maximise lemak without incurring a watery mess. 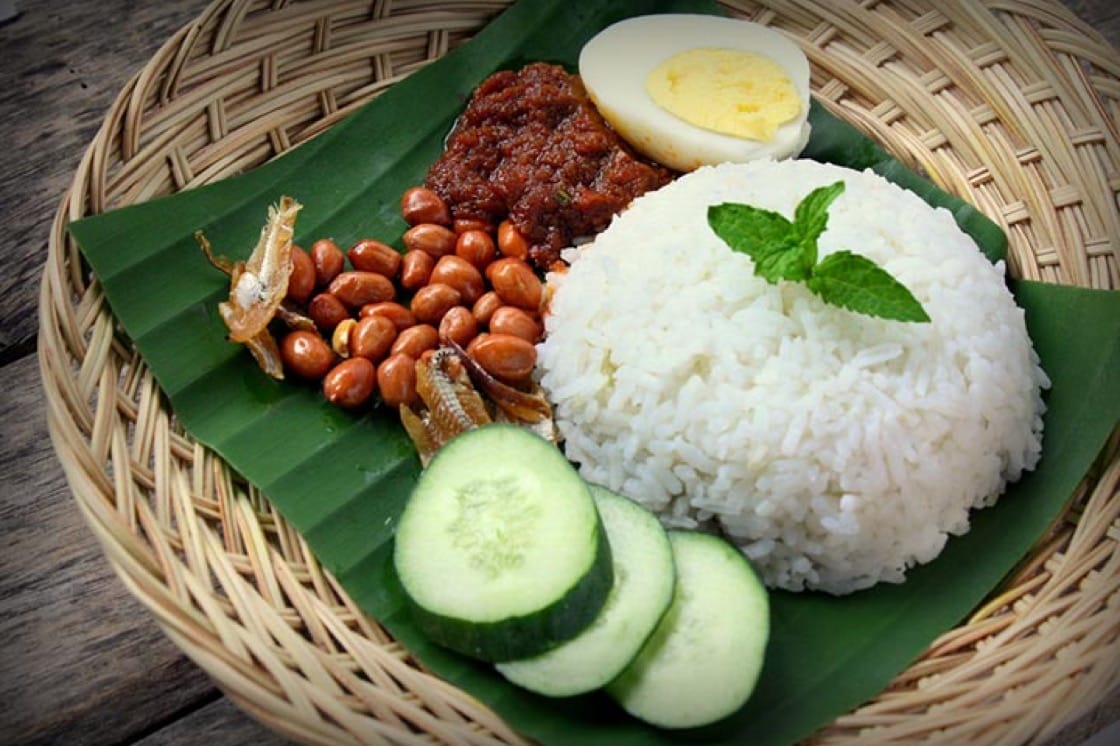 Thick coconut milk contains three to five times as much fat as whole dairy milk, making it richer and more flavourful. The type of fat matters too - coconut oil is well known to be one of only a few plant-derived fats that are highly saturated. With higher melting points, highly saturated fats are solid or semi-solid at room temperature, contributing to a thicker, creamy mouth-feel.

Coconut oil actually contains a whopping 92 per cent saturated fat, compared with about 50% in butter and just 30 to 40 per cent in rendered pork lard. It’s no surprise that coconut milk evokes richness much more strongly than animal fat among Southeast Asians who know how to harness its lemak properties.

“How can you cook curry with soy milk? It has to be lemak to be nice!”