5 Raw Meat Dishes and How to Distinguish Them

Confused between crudo and carpaccio? We break it down for you.

The terms sashimi, crudo, tartare are often mistakenly used interchangeably, but for the pedantic among us, that's not as it should be. The types of raw food are given different names for a reason. Here are the key differences:
Sashimi 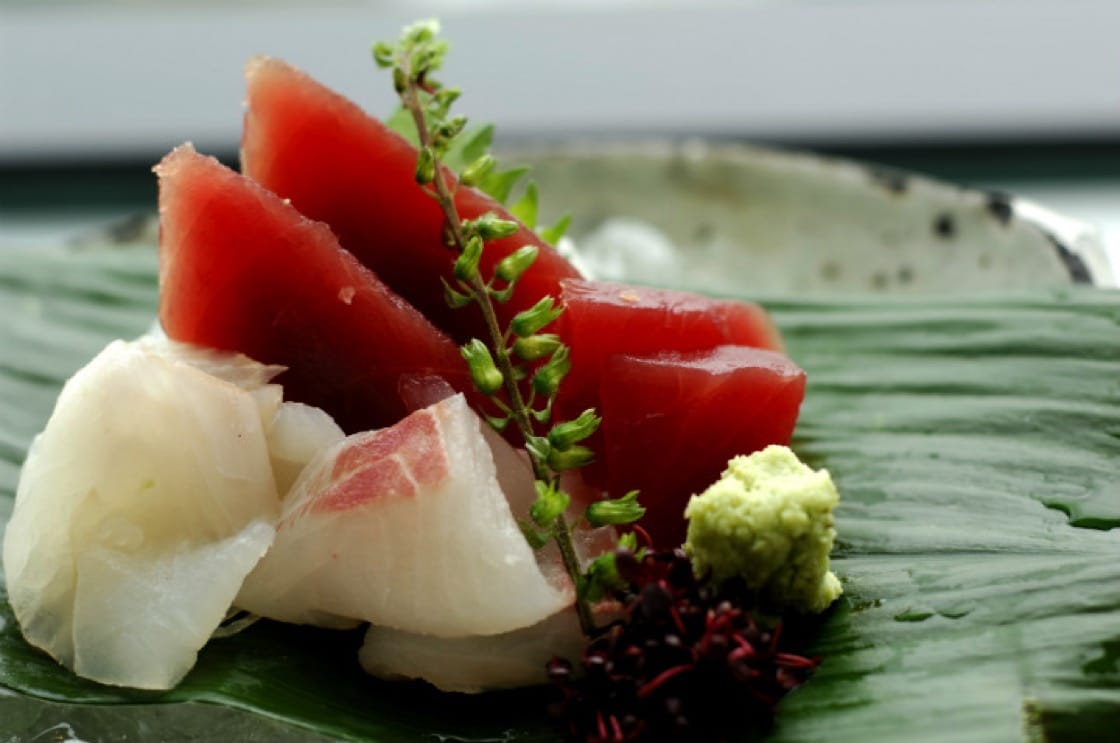 The delicacy has a long history in Japan and freshness is crucial. The name itself is a literal translation which means “pierced body” and is a reference either to the old practice of piercing the fin and tail of the fish into the sashimi slices, or to a method known as ike-jime which causes instant death to the catch by inserting a spike quickly into the hindbrain to preserve flavour.
Tartare 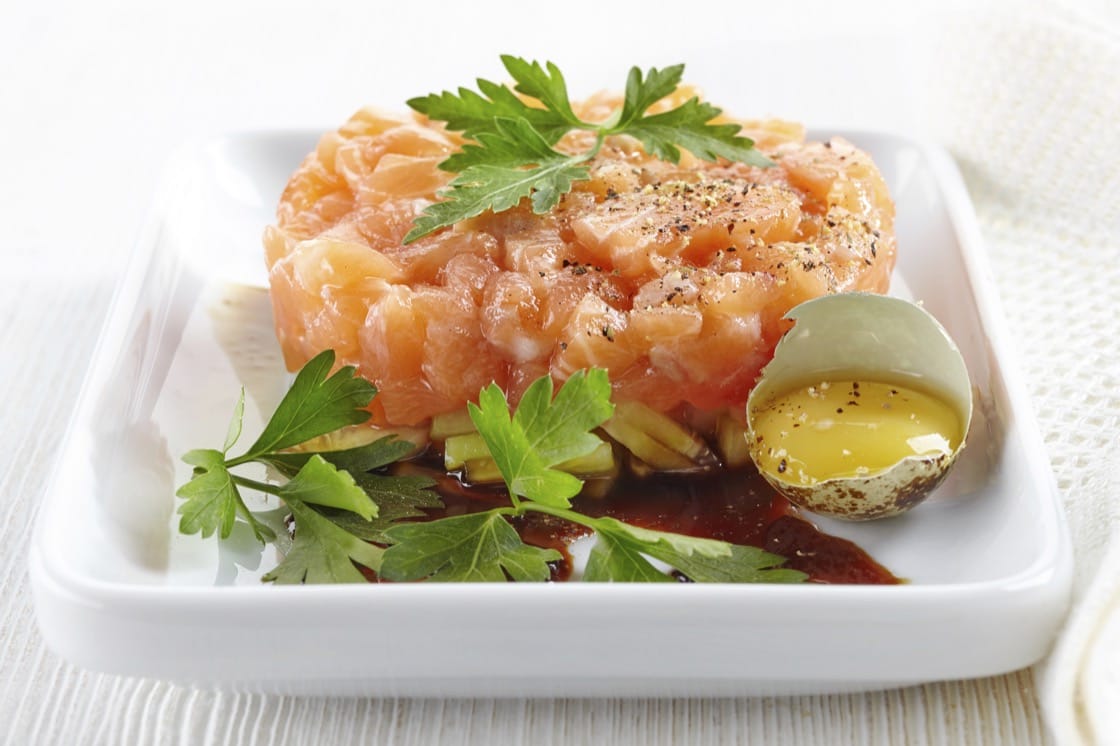 A complex melange of flavours is moulded together into a tartare
What we now call Steak Tartare was originally known as Beefsteack à l'Americaine - American-style steak that was first spotted around Parisian bistros circa 1900. It only received its popular, modern name when cooks started serving it with a side of tartar sauce. Today, the name can be extended to fish, beef and seafood, but the best tartares hit the spot with a creamy yet supple mouthfeel of expertly-chopped meat and a judicious use of accent ingredients. 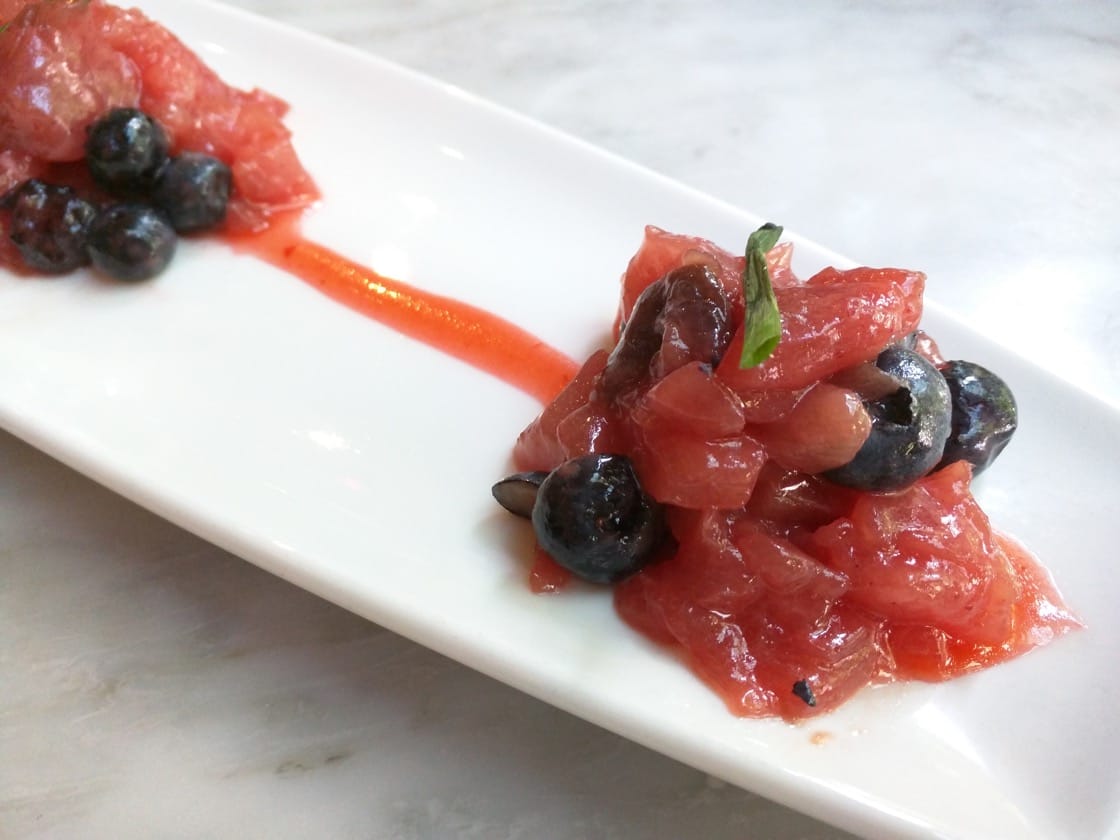 Minimalist in concept but abundant in flavour, crudo yields a smoother, richer-tasting raw fish thanks to a liberal use of olive oil

Crudo, which literally means raw in Italian, is shorthand for pesce crudo*, a raw fish dish that originated in the fishing towns of coastal Italy. Traditional dressings were simple, featuring classic Italian flavours - a drizzle of lemon juice or vinegar and copious amounts of olive oil. Modern renditions are big on flavour innovations, incorporating fruits and oil infusions but success depends on harmonising these flavours rather than to overpower the delicate fish flavour.

*not to be confused with carne cruda, an Italian version of Steak Tartare which is also seasoned with olive oil and lemon. 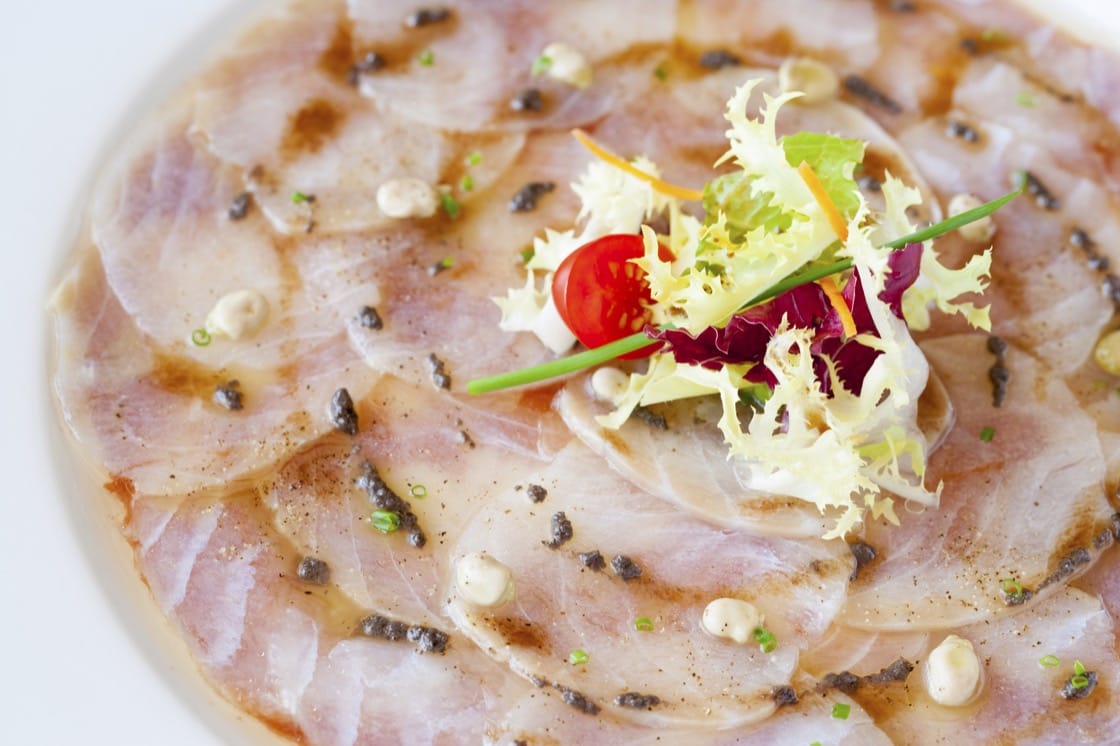 Carpaccio is distinguished by paper-thin pieces of meat, traditionally arranged in concentric circles

Despite being named after Venetian renaissance painter Vittore Carpaccio, beef carpaccio isn't as traditional as many presume. It made its debut during the swinging sixties at the legendary Harry's Bar in Venice as an adaptation from the traditional carne cruda, a dish native to Piedmont.

Like its predecessor, carpaccio was traditionally served with a generous scattering of parmesan or truffles, but its defining feature was paper-thin, translucent flaps of thinly-sliced meat, often pounded even flatter, and drizzled with a mayonnaise-based dressing spiked with Worcestershire sauce. It didn't take long for the approach to be adapted to fish and even vegetables. Carpaccio is a test of a chef's knife skills, and can never be too thin. A sharp knife is essential. 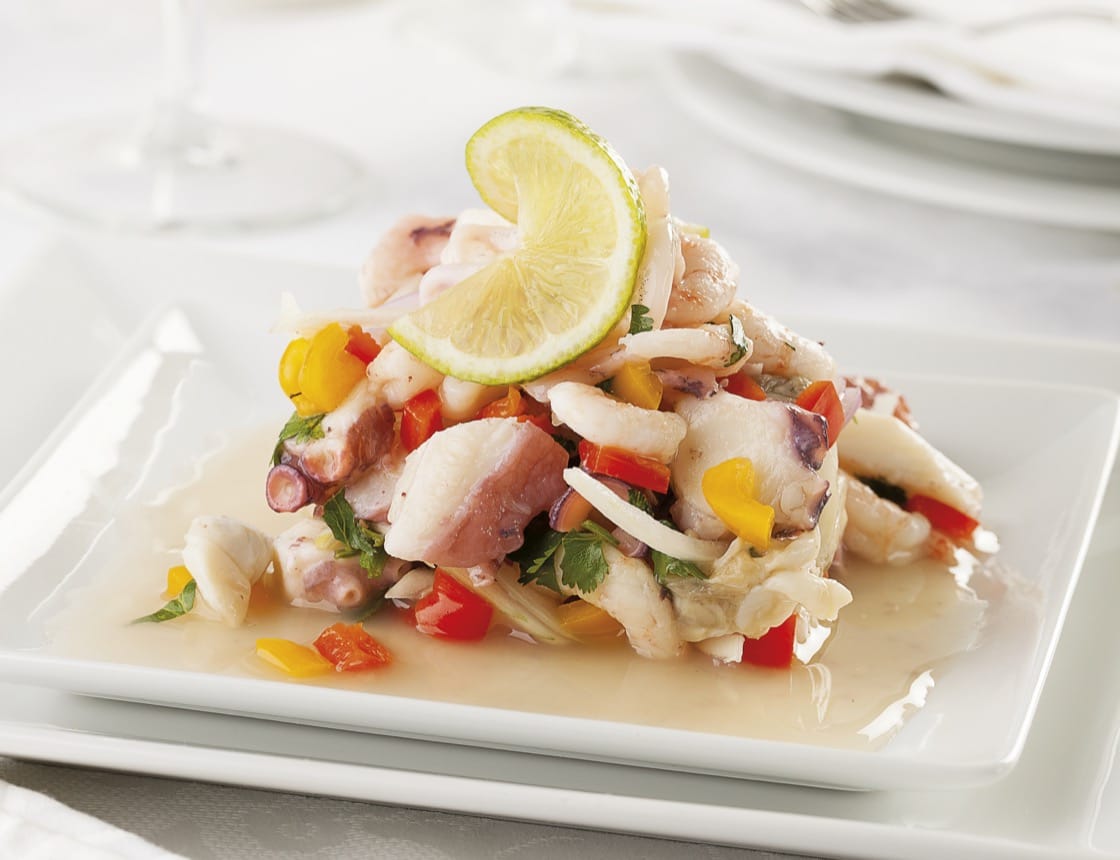 Ceviche has the texture and appearance of cooked fish, but tastes like raw fish
Recipes for Latin American dish ceviche call for up to eight times as much acid compared to other dishes like crudo. This is to cure the flesh while causing minimal change to its flavour. The fish would originally be cubed and cured overnight, but in Peru, a wave of Japanese immigration led to the popularisation of a thinly-sliced variation known as tiradito, which would cure in under twenty minutes.

Whichever shape you prefer, the key to a successful ceviche lies in cutting the ingredients evenly, and adjusting the amount of acid and curing time accordingly. Ingredient combinations vary wildly across Latin America, as do theories on the origin of the name “ceviche”. Popular accounts point to the Spanish word for pickle (escabeche), the Arabic word for vinegar (sakbaj), the indigenous Quechua word for raw fish (siwich), and even the English phrase “see the beach”.

New in Food: Where to Get Crab and New Menus at MICHELIN Restaurants