Dining in the Bib Gourmand-recognised Peranakan restaurant True Blue Cuisine is a feast for the eyes and palate from the moment one enters its intricately-designed doors.

Stepping into this heritage restaurant, which is situated in a conservation shophouse in Armenian Street, feels like going on a tour in a Peranakan household. The spacious stairwell, which houses the main dining area, is adorned with Peranakan-themed treasures and memorabilia — rare blue-and-white porcelain plates displayed in ornate mahogany cabinets, antique vases, corners lined with mortars and pestles, walls filled with ancestral photos and framed-up beaded slippers, and an elaborate 16-seat tok panjang table which is traditionally reserved for lavish feasts.
Video: House Of Memories
On the second floor are two private dining rooms with display cabinets that are chock-full of finely embroidered kebayas, intricate beaded slippers and a glittering array of antique jewellery such as rose-cut diamonds. Visitors can also order custom-made kebaya pieces, learn to design and sew beaded slippers, and even watch plays performed in Peranakan patois, an endangered language that is a blend of Hokkien and Malay.
Advertisement
Advertisement 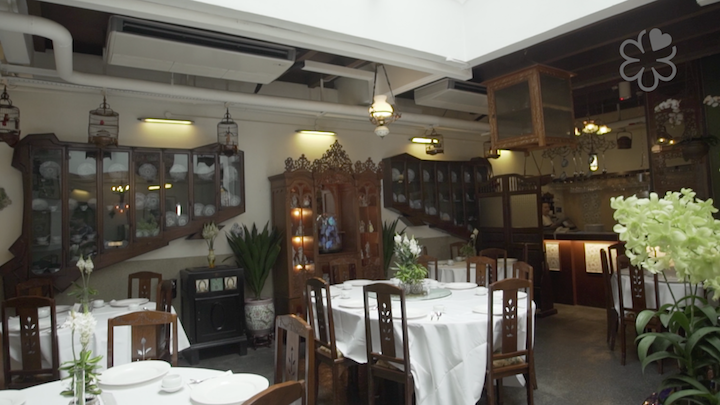 The interiors of True Blue Cuisine is decked out in Peranakan antiques and memorabilia. (Photo: Kenneth Goh)

True Blue Cuisine’s chef-owner Benjamin Seck, who is a sixth-generation Baba (a male Peranakan is known as a Baba) and is affectionately known as “Baba Ben”, beams as he takes the MICHELIN Guide Digital on a restaurant tour. Ambling down the narrow corridors, he says: “When you walk into this restaurant, you are actually walking into a Peranakan house. Diners can feast as they are surrounded with Peranakan antiques plates and old furniture pieces.” 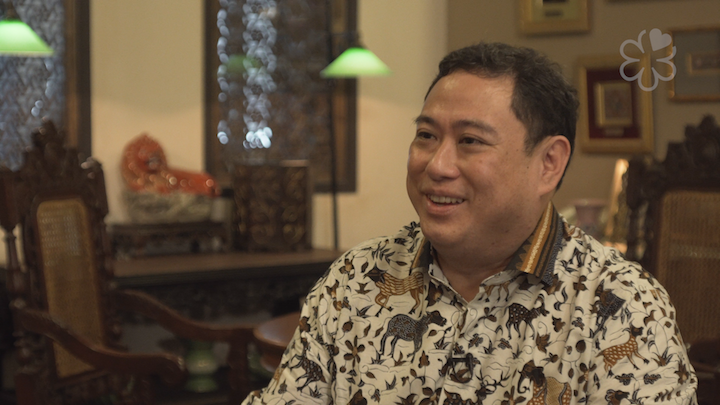 Adding to the homely ambience are pots of ferns and orchids that are placed on most tablestops and a central water feature. “Doesn’t all these touches makes you feel as if you are visiting a Peranakan household?” he exclaims. Seck proceeds to point out the restaurant’s most prized item — a series of blue Nyonya porcelain ware that dates back 200 to 300 years and rarely seen among the Peranakan community.

True Blue Cuisine started as a Peranakan boutique selling kebaya and beaded slippers in Katong, the heart of the Peranakan enclave, in the 1990s. The shop was later approached by the Singapore Tourism Board to develop an all-rounded experience on Peranakan culture, from displaying antiques, apparel and, more importantly, food. In 2008, the restaurant relocated to its current premises in Armenian Street, which is a stone’s throw away from the Peranakan Museum. 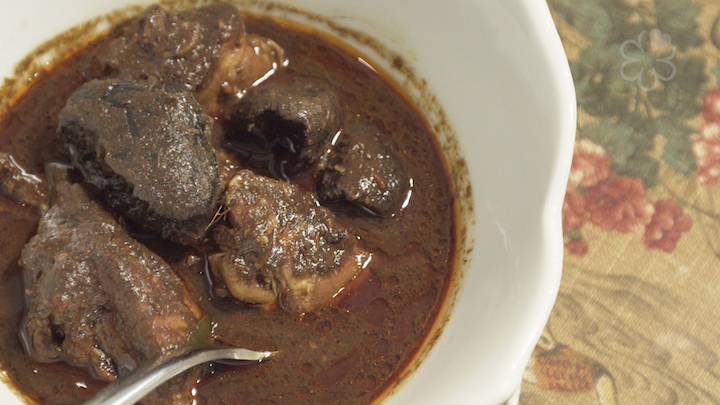 Seck and his sister developed the menu at True Blue Cuisine with input from his mother, who, like many Peranakan matriarchs, is a good cook and worked closely with his late grandmother, who used to run Peranakan restaurants. His interest in cooking started because he liked to “play with fire and water” as a boy in the 1950s, cooking over charcoal and wood, and cutting and washing vegetables.

Most of the dishes on the menu, from ayam buah keluak (stewed chicken with Indonesian black nut) to Nonya chap chye (vegetable stew), have been passed down from one generation to another in the Seck family. Seck’s mother has modified all the recipes to be cooked without pork and lard in order to cater to more diners. For example, the ngoh hiang is rolled with a blend of chicken and prawn instead of pork, and stuffed with carrots, water chestnuts and bang kuang (jicama). 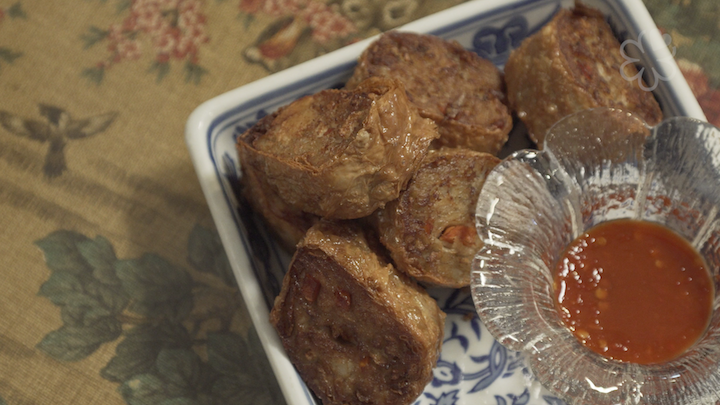 The ngoh hiang is rolled with chicken and prawn, and not pork.
One of the stand-out selling points of True Blue Cuisine is its Teochew style of Peranakan menu. According to Seck, most Peranakan restaurants here serve dishes cooked Hokkien style. He says: “The Teochew style of Peranakan cooking uses more rempah (spice paste) and our sauces are thicker than those in Hokkien-style dishes.”

Examples of Teochew-style dishes include bak kueh, a pillow-shaped steamed glutinous rice cake that is stuffed with meat and wrapped in banana leaves. The Teochew-style chap chye has less gravy and a crunchier texture.

One of the signature dishes at True Blue Cuisine is the ayam buah keluak. He proclaims: “When you visit any Peranakan restaurant, the most important dish to try is the ayam buah keluak. For bibiks (form of address for older Peranakan women), they taste if your food is good or not through this dish.” He insists on simmering the rempah-redolent stew over charcoal fire. “We do not stuff the black nuts with meat. Instead, we remove the nut paste from its shell, pound it and stuff it back so that diners can savour the flavour of the nut.” 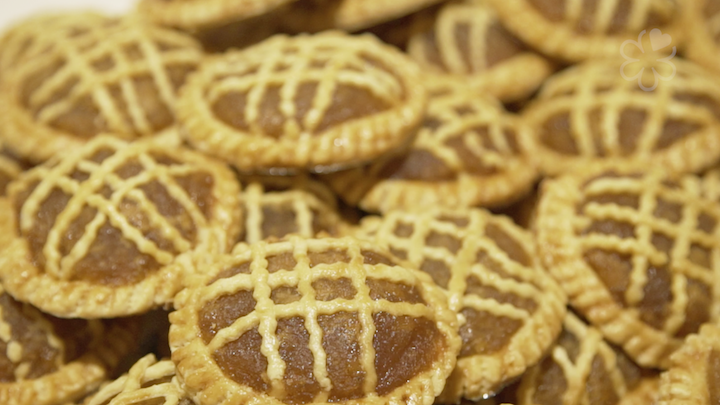 Each pineapple tart is as big as the circumference of a condensed milk tin.

For desserts, one unexpected offering is the Nonya-style pineapple tart, which is based on a recipe that was handed down by Seck’s great-grandmother.

Each tart, which is as big as the circumference of a condensed milk tin, is individually moulded and crimped, and takes 10 to 15 minutes to craft. Seck adds that the spiced fibrous pineapple jam filling is also cooked over charcoal fire to accentuate its aroma.

According to Seck, the biggest challenge of cooking Peranakan dishes lies in pounding of spices in order to make the rempah, which forms the backbone of the cuisine. “The way of pounding is tricky, from the order of adding the ingredients to the mortar to the pounding the ingredients in a rhythmic way — it should be melodious and not in a haphazard ‘ping pong ping pong’ style.”