Singapore Behind The Bib Indian cuisine

Brothers Kasivishvanaath and Srinivasan Ayyakkannu may run three outlets of South Indian restaurant Muthu’s Curry and its catering arm with more than 100 employees under their charge, but twice a week, they make a trip down to the central kitchen where they personally see to the secret spice mix that eventually goes into the restaurant’s famed signature dish — fish head curry.

“It’s a secret recipe only two of us know,” says younger brother and director of operations Srinivasan. “It came from my father. He taught my brother and my brother taught me. We mix the spices and the powders together and give it to the chefs to prepare so that they don’t know the combination.”
Watch the video here
Origins Of The Dish

Singapore in the 1960s was a melting pot of immigrant cultures. At the time, fish head curry was a well-received dish and each community had their own versions with Chinese, Goan and Nyonya influences.

In 1969, their father, Ayyakkanu S., decided to create a version of the fish head curry that was typical of his hometown in Chettinad, Tamil Nadu, and sell it from a small coffee shop on Klang Road. His fish head curry was spicier than the other versions available in Singapore and had the bright tang of tamarind.

Only the two brothers know the secret combination of spices that go into Muthu's signature dish (Pic: MICHELIN Guide Digital)

Business boomed after the Chinese newspapers featured the fish head curry and, in 1974, Ayyakkanu opened a second outlet at Race Course Road, just down the street from where the flagship store stands today. “There was a customer who came and ate the fish head curry. He found it really tasty and described the gravy as tasting like muthu, which is Tamil for pearl,” says Srinivasan. “So, from then on, my father picked up the name and called the shop Muthu’s Makkan Shop.” 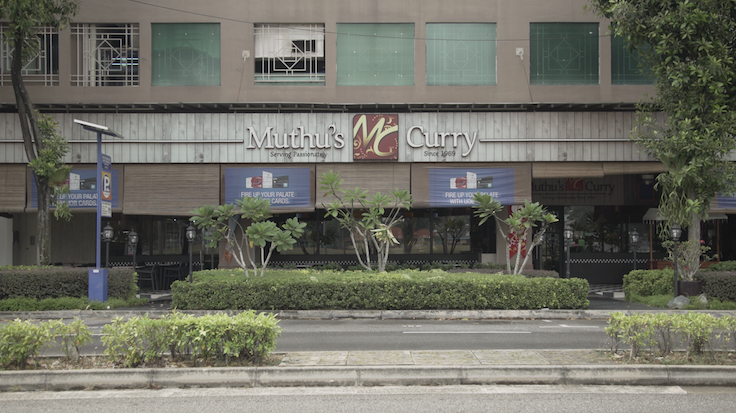 Muthu’s Makkan Shop became Muthu’s Curry in 1982 and the two brothers started helping out in the family business when they came of age at about 11 or 12 years old. “At that time, I was doing a lot of drinks serving and other light work while my father taught my brother how the fish head was done,” recalls Srinivasan, who is eight years younger than Kasivishvanaath, now 48.

“What we used to do was to clean fish heads. It was done around 6 o’clock or so in the morning and we cleaned and washed over 100 fish heads every day. It was very entertaining actually, because when you clean fish heads, you build your arm muscles a lot,” says Srinivasan, chuckling. 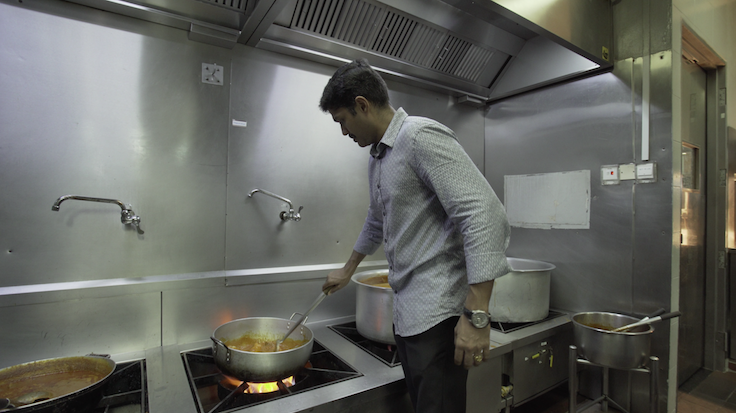 Younger brother Srinivasan is the restaurant's director of operations (Pic: MICHELIN Guide Digital)
Their father died of a heart attack in 1995 at the age of 50, shortly after handing over the reins to his elder son. This period was especially tough for the brothers. The construction of the Mass Rapid Transit system’s North East Line from 1996 to 2002 resulted in the temporary closure of Race Course Road and business fell by 70%. “Wow, it was very tough for us, but in those times, we still made sure that quality, consistency and the service we provided was top notch,” says Srinivasan. “Those are the things that have been hallmarks for us all these years and those are the important factors holding us through, even the tough times.”

In 2004, with business picking up again after the completion of the North East Line, the brothers relocated the restaurant to its current 300-seater premises a few doors down in Race Course Road. The new Muthu’s Curry featured a contemporary interior design complete with an open kitchen concept with tandoor ovens and a gleaming food display. 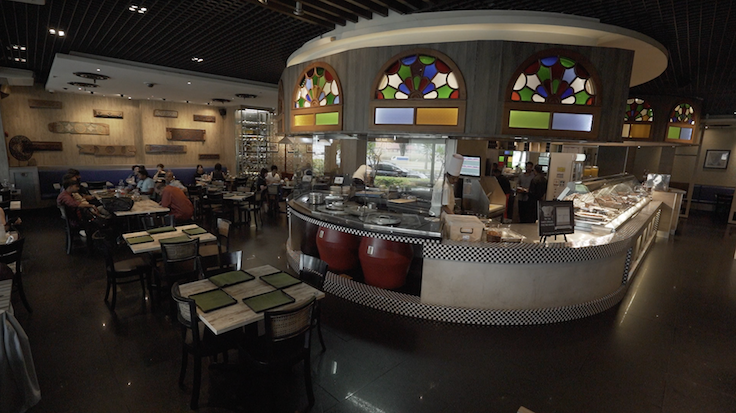 And even though the restaurant has now turned to technology to run its business with e-menus and tablets for ordering at every table, the dining experience remains warm and personal, with chefs in the open kitchen happy to explain the various dishes on display and servers scooping out rice and vegetables on banana leaf-lined trays at every table.

Last year, Muthu’s Curry was selected as a Bib Gourmand establishment in the MICHELIN Guide Singapore 2018. “It was a big surprise for us and we’re very proud to achieve that,” shares Srinivasan. “We do feel a bit sad because my father is not around anymore to see how we have grown the business from where he left and gave it to my brother, and how far we have gone. But his picture is there in every outlet and we feel that he is watching us from there. For our hard work, this is what our father has given us.” 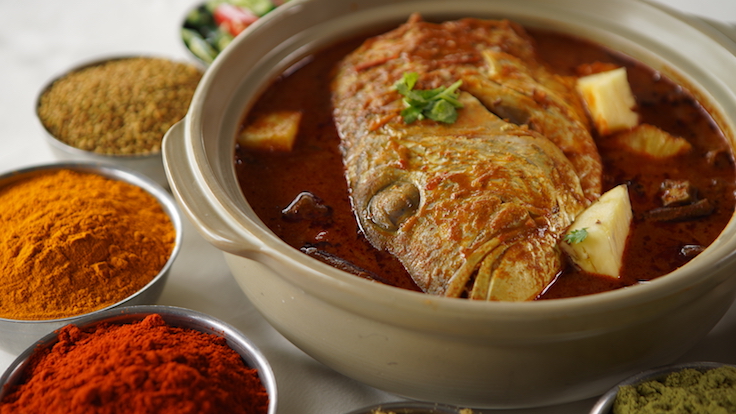 Of course, a visit to Muthu’s is incomplete without ordering the signature fish head curry. The curry paste is made from a secret combination of powders and spices, including chilli powder, turmeric, cumin, fennel, coriander powder and aniseed. The spice mix is then cooked with tomatoes, onion, ginger, garlic and tamarind. Pineapple chunks and vegetables like okra, tomatoes and brinjal are added into the gravy with meaty, succulent fish head and served in a claypot.

Other popular mains include masala chicken, chicken chukka, lamb chops, lamb rack ananas, masala prawns and tandoori chicken. Order these with a side of white rice or fragrant biryani, which will be served at the table, heaped onto banana leaf-lined trays with two complimentary vegetables.
READ MORE: Click here for more Behind The Bib stories.
Advertisement
Advertisement