7 Michelin-starred Restaurants For A Vegetarian Meal

In recent years we've seen an upward trend toward vegetarianism and veganism as more people become aware of health and environmental concerns, alongside a growing appreciation of produce from artisan farmers and heirloom vegetables. As such, more restaurants are starting to treat their vegetables less as accompaniments to meat and seafood and more as stars in their own right.

These seven Michelin-starred establishments offer vegetarian degustation menus so exquisite, you won’t even miss the meat. 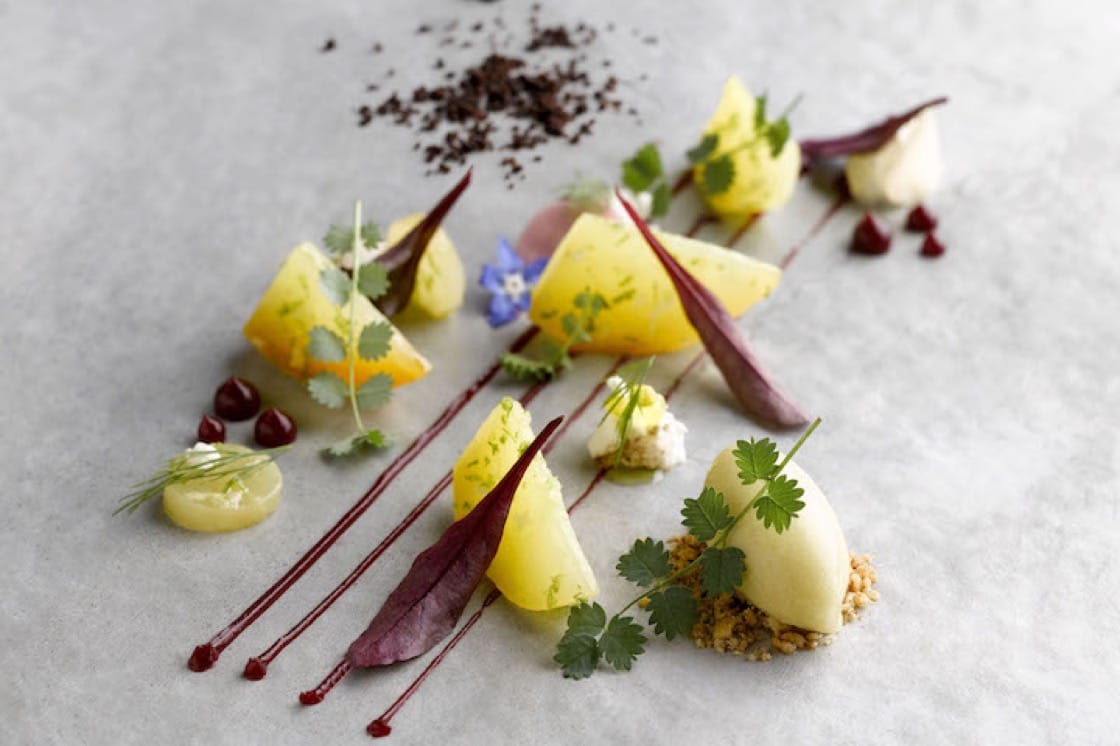 Chef de cuisine Kirk Westaway’s beautiful produce-led cuisine shines especially bright in JAAN’s multi-course vegetarian set menus ($128-218). These are based on seasonality and change every three to four months, showcasing the harvest from the world’s best producers, treated with utmost care and translated into intricately plated, refined vegetarian dishes that hold their own in the absence of meat.

At Singapore’s only Michelin-starred Indian restaurant, chef Manjunath Mural’s degustation menus are designed to take you on a gastronomic journey across India. The vegetarian menus ($74-$119) feature robust dishes like paneer pikka with figs and walnut and jaipuri asparagus tikki. You can also opt for a vegetarian rendition of the "Song’s Art Palette" ($49 for vegetarian), which will let you sample an array of the chef’s signature dishes.

At his beautiful restaurant at CHIJMES, Aussie chef Sam Aisbett imports most of his produce from Australia and Japan and offers regularly changing set menus with vegetarian options for lunch and dinner ($54-$235). His dishes are artful constructions with subtle Asian influences and a signature vegetarian dish is the salt-baked celeriac served with fermented wild garlic and mushrooms.
Advertisement
Advertisement 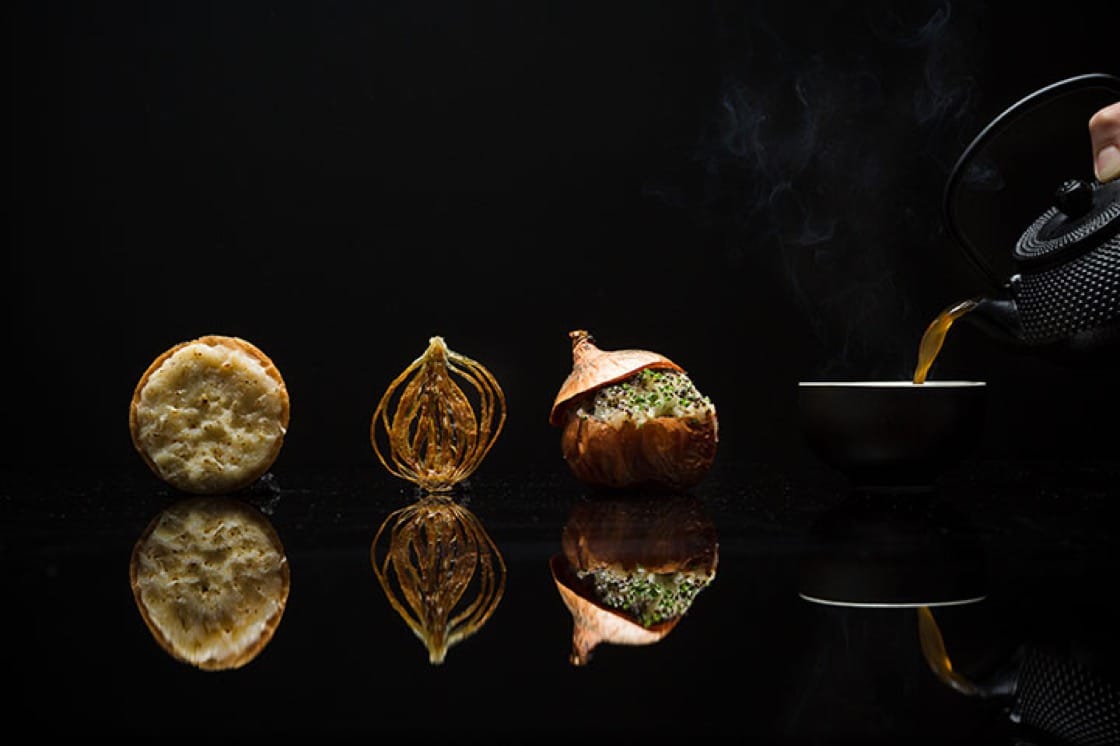 When your restaurant occupies a colonial house dating back to 1910 within the Botanic Gardens, it stands to reason the kitchen will have an in-depth understanding of how best to use herbs and plants in the cooking process—indeed, the chef himself describes his contemporary cuisine as "gastro-botanica."The Menu Botanica ($168) is a five-course vegetarian menu available at dinner which includes chef Jason Tan’s signature dish of Cevennes onion prepared four ways, and his interpretation of kaya toast for dessert.

You know the vegetarian menu won’t be an afterthought at a restaurant where the chef himself is a staunch vegetarian. Vegetarian options are available for both Saint Pierre’s elaborate Discovery ($188) and Adventure ($248) set menus which feature heavily on produce sourced from Japan, parlayed into creative contemporary French cuisine with an Asian touch. Highlights include a smoked eggplant dish with miso and red pepper crisp, and Hokkaido corn dressed with lime oil. 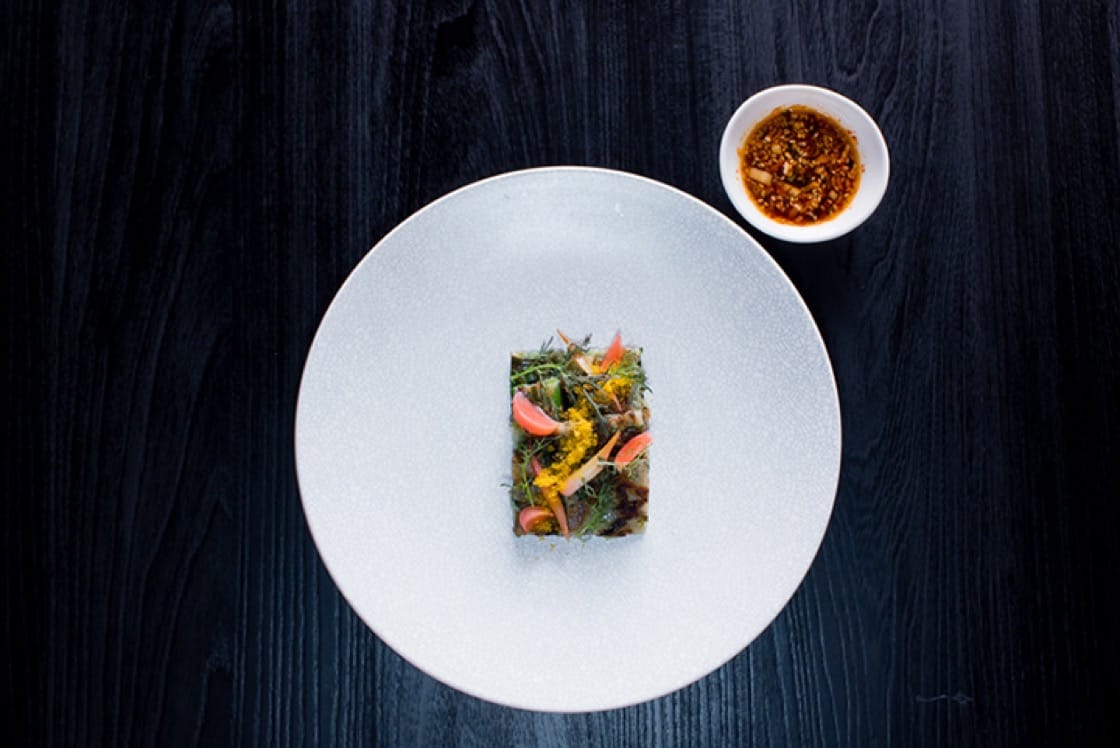 Korean cuisine has always been very vegetable-forward, and at Meta, chef Sun Kim offers a vegetarian set menu that infuses European dishes with Korean and Asian notes. Our Michelin inspectors loved the Korean-style seafood pancake, and the vegetarian version with picked radish and special sauce is no less moreish.

Named for chef Julien Royer's grandmother, this intimate restaurant is housed within the National Gallery and occupies what was once the registration room of the Supreme Court. Royer's superlative modern dishes use top-notch ingredients sourced from boutique producers around the world, so the vegetarian degustation menus ($118-$258) are no less extravagant and well-executed.
Advertisement
Advertisement

Michelin Star Chicago First Day I Got My Stars