Hotels and restaurants up the ante with their rice dumplings this year, getting creative with flavour combinations, colours, wraps and sizes. We check out this year’s unique and unusual offerings. 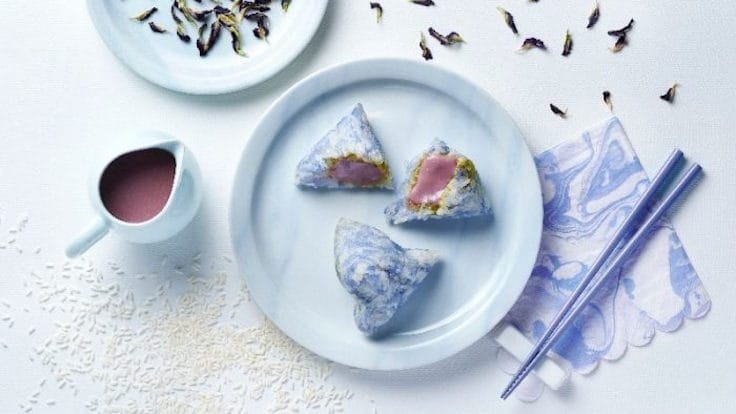 (Pic: Peach Blossoms)
Peach Blossoms
Blue Flower Rice Dumpling With Japanese Purple Sweet Potato And Egg Custard ($12.80)
These dessert dumplings are as delicious as they are beautiful. Resembling crystal geodes when you cut into them, the blue-speckled glutinous rice encases a Japanese sweet potato and egg custard filling. This new flavour is also included in the Peach Blossoms Dumpling Gift set with three other savoury dumplings.
Advertisement
Advertisement 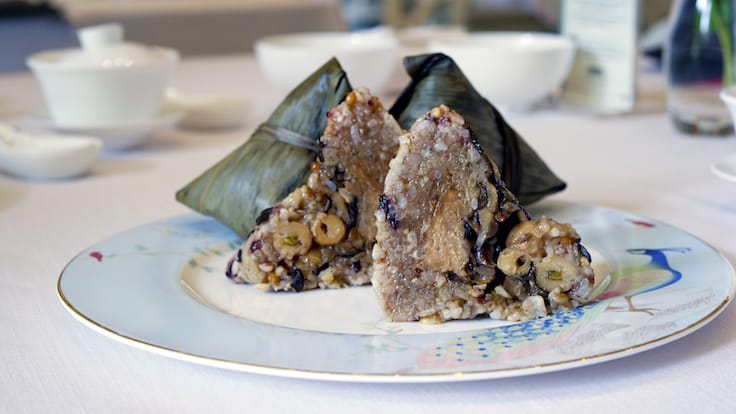 (Pic: Jade Restaurant)
Jade
Vegetarian Five-Grain And Assorted Mushrooms With Omnipork Glutinous Rice Dumplings ($10)
Jade at The Fullerton Hotel Singapore offers a plant-based alternative to glutinous rice dumplings usually stuffed with pork. Executive Chinese Chef Leong Chee Yeng has been getting creative with dishes made from Omnipork in his Taste The Future menus and now this plant-based meat has found its way into a dumpling creation which features five spice-scented oats, barley and brown rice wrapped around Omnipork that’s been pan-fried with ginger for a substantial meaty bite. 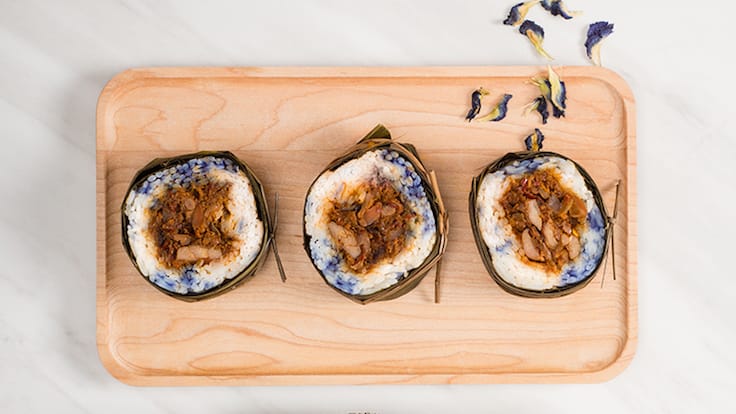 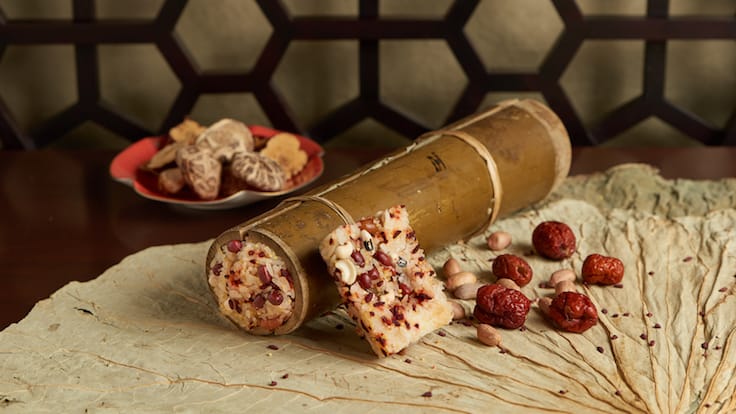 Shang Palace
Eight Treasures Dumpling With Mixed Grains ($20.80)
One of executive chef Mok Kit Keung’s new creations at Shang Palace is the Eight Treasures Dumpling With Mixed Grains. Instead of wrapping the rice dumpling in bamboo leaves, this vegetarian dumpling is steamed and served in a bamboo tube. Glutinous rice and ingredients such as cordyceps flowers, red dates, wolfberries and organic quinoa are gently packed into each hollow bamboo stem and steamed for four hours so that a light bamboo fragrance perfumes the entire dumpling. 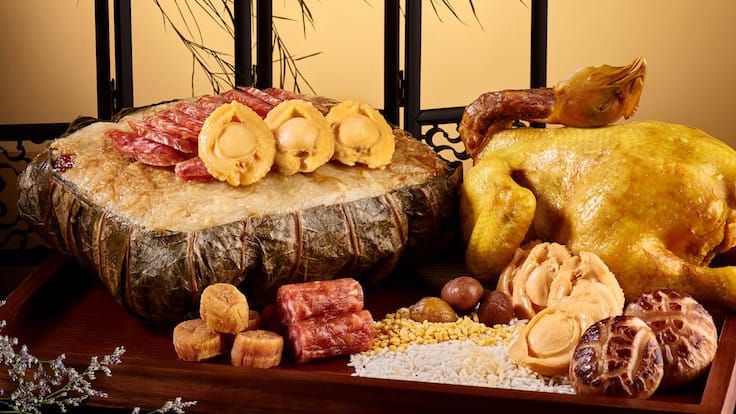