Strangely enough, almost all Cantonese restaurants stock XO sauce, but you rarely hear anyone bring it up at a dinner. Not many chefs want to get into the hot water to speculate how or who invented the condiment. The few who are willing to share some interesting tidbits about the condiment would always conclude with: “These are all hearsay only. Don’t put it in your story.” 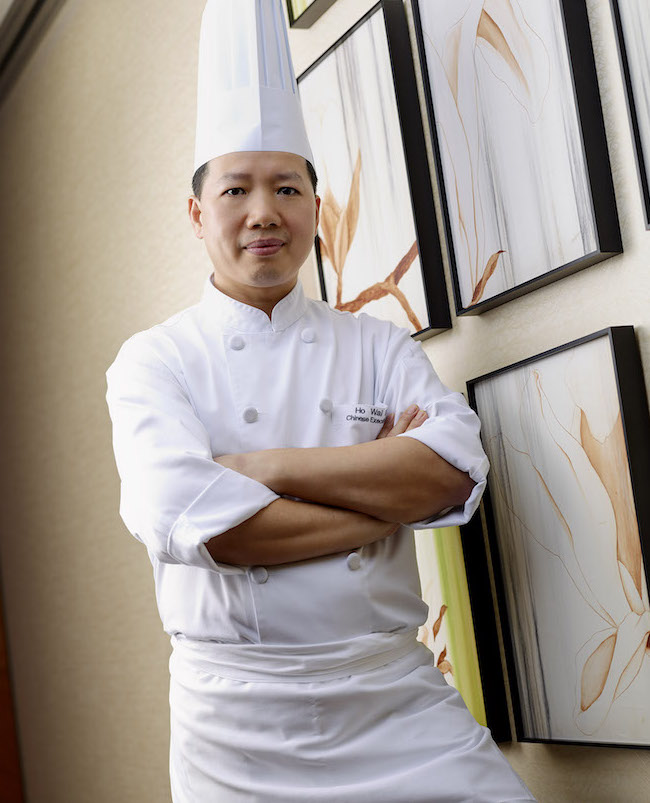 “I first came across XO sauce 30 years ago. After all these years, everyone knows what’s in there and everyone tries to refine it. It’s really difficult to determine who made it first or which is the most authentic,” he said.

According to Ho, XO sauce made its first appearance in the 1980s in upscale Cantonese restaurants. Legend has it that it was inspired by the Malaysian shrimp paste, belacan. Its name is believed to be derived from the label of premium cognac, which indicates the expensive ingredients it contains, though no one can say for sure. There is no actual cognac in the sauce.
The main ingredients of XO sauce — dried scallop, salted fish, dried shrimp, cured ham, dried shrimp roe and chilli — aren’t that much of a secret. Its cooking method is widely circulated online. However, every Cantonese chef has his own interpretation. The array of XO sauces available look similar to one another, yet each is backed by its supporters who can appreciate their subtle complexities.

Likewise for Ho’s XO sauce. It’s the fruit of decades of thought and refinement.

“With the sauce we make, the ingredients are first steamed, then we would take half of them to deep-fry briefly. That helps to add some chew to the cured ham and dried scallop without making them too hard unlike if they’re fried all the way through. At the same time, we put less shallot and garlic inside so it can keep for longer. The most important thing is that there is no colouring and little seasoning in the sauce. It maintains a natural hue and flavour,” Ho explained.
Advertisement
Advertisement 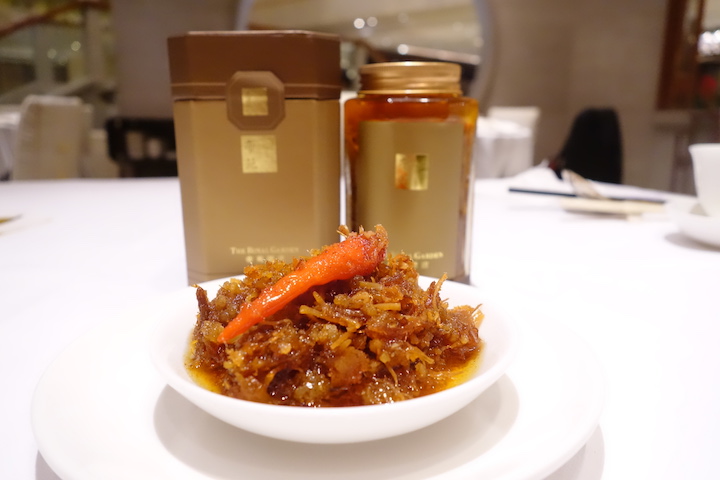 Ho’s XO sauce is practically the summation of decades of his cooking experience.
Colour is one of the top elements on the customer’s mind. The reddish-brown shade shouldn’t appear too sharp or too dark: the former could be a hint of artificial colouring, while the latter implies the overcooking or burning of the ingredients. In comparison, the spice level and texture are subject to personal preferences. “It’s the best to taste the sauce before you buy it,” Ho recommended.

The usage of XO sauce is limitless. It goes well with fresh scallop, squid and prawn in a stir-fry, the quintessential style of Cantonese cooking. It can even be stir-fried with rice noodle rolls or rice noodles with sliced beef. Many people would also serve it as a dipping sauce for hot pot. Ho’s personal favourite is stirring the XO sauce into egg noodles. 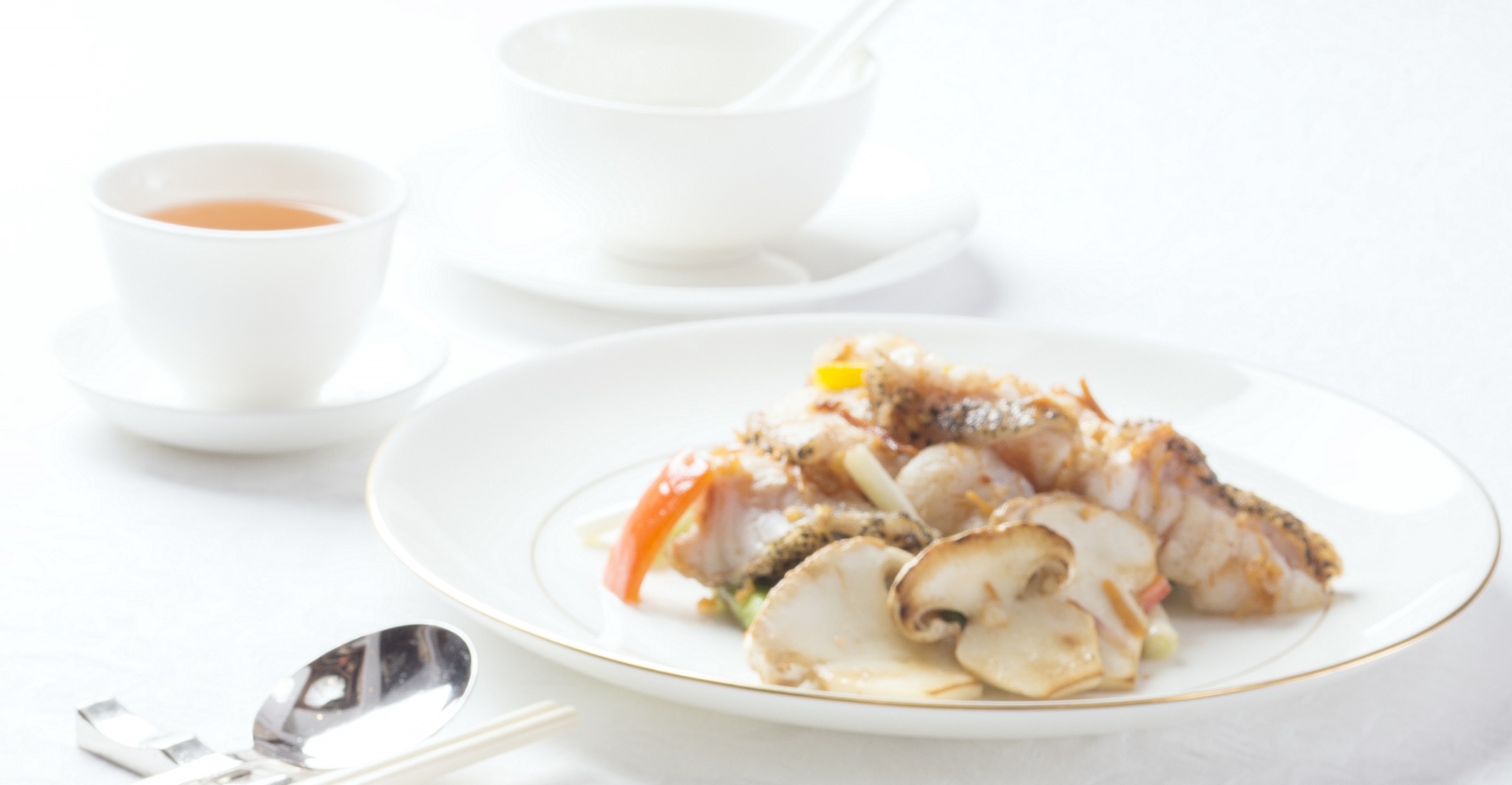 Here, he demonstrated cooking something with more variety, stir-fried grouper and mushrooms with XO sauce. The wild portobello mushrooms can be replaced by king trumpet mushroom or poplar mushroom. But Ho remarked: “WIld portobello is the best option during August and September as it has stronger aroma which matches the XO sauce nicely.”
As for the grouper, it’s vital to know when to take it off the heat.

“The grouper is the most delicious when 80 to 90% cooked. Its flesh will fall apart if you overcook it. Depending on what you like, chicken, pork, beef and prawn are good options too,” Ho said, also emphasising that the XO sauce should only be added at the later stage. “XO sauce is cooked as it is, so you only need to stir it in after all other ingredients are cooked. You don’t want it to burn, losing all its fragrance, colour and having it stuck at the bottom of the wok.”

Method
1. Prepare the grouper with a little salt and cornstarch.
2. Heat a wok with a tablespoon of minced garlic and spring onion. As it gets aromatic, throw in the celery, seasoning with oil, salt and sugar. Remove the celery and set aside.
3. Add a little oil and salt along with the mushrooms in the wok, frying them to golden on both sides. Set aside the mushrooms.
4. Lower the heat to slow. Add the grouper and oil and stir-fry until the fish is 60% cooked and turning white.
5. Add the celery and mushrooms back into the wok and quickly stir-fry together. Add the XO sauce. Give it a quick stir and serve.
This article was written by Clarence Chan and translated by Vincent Leung. Click here to read the original version of this story.
Advertisement
Advertisement