Celebrity Cuisine is a bit of an enigma to diners. The restaurant has no more than six tables, and its dishes are an eclectic mix of rustic and glamorous. Yet it has kept its spot securely on the MICHELIN Guide in the last few years.

Path to Becoming a Chef

A native of Bao'an, Guangdong Province, Celebrity Cuisine's executive chef Cheng Kam Fu has always been upfront about his past as an illegal immigrant to Hong Kong in media interviews. Like many others of his generation who had lived through WWII, you had to first find a way to survive before you could live properly, Cheng is known for saying. When food re-entered the people’s consciousness after the war, Cheng followed the trend and decided to pursue a culinary career.

Cheng received an introduction to the industry through his fellow Cantonese chef Leung Yiu Tong, who he still credits as his mentor to date.

Leung was a trusted chef of Ronald Lee Fook Shiu, the founder of the Far East Exchange Limited, and prepared banquets at the stock exchange for Lee's circle of social elites. “It was not uncommon for us to have cook for more than a hundred tables. I had a lot of training on how to cook and improvise on the fly in those days," Cheng recalls of his time under Leung's tutelage. 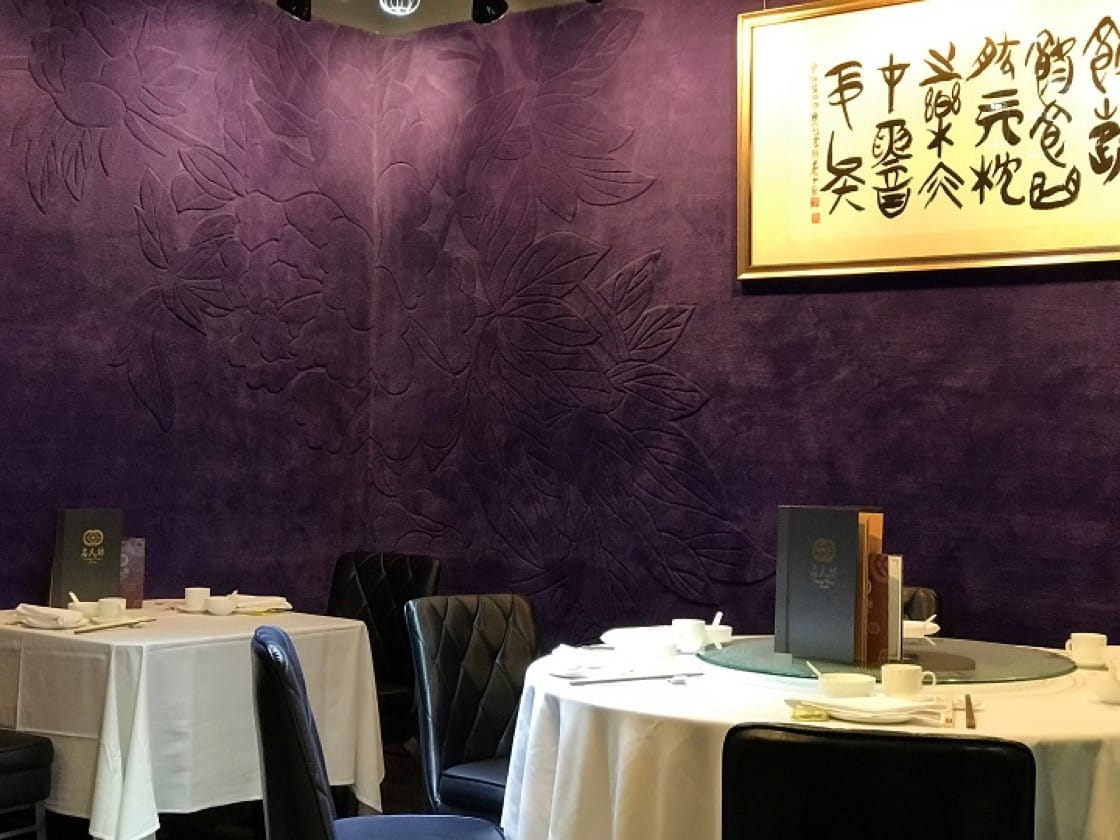 Celebrity Cuisine doesn’t have a spacious dining area. Despite its limited seating, it is where Hong Kong's social elites go to for a peaceful and satisfying meal.

Cheng subsequently moved to the kitchen of Hong Kong tycoon Lim Por Yen’s private club, where he further honed his skills. He would spend multiple hours doing trials of dishes as simple as stir-fried rice vermicelli, which he eventually found is best made with mix of rice vermicelli from Heyuan, China and Thailand. He further made a name for himself in the Cantonese culinary circle with new creations such as roasted supreme beef and bird’s nest-stuffed chicken wing.

Working for the city's tycoons also taught him to expect the unexpected, Cheng shared. One day, Lim’s son Peter Lam went to the club to have dinner without notifying Cheng in advance.

“Mr. Lam wanted to eat sweet and sour pork, but at that moment I only kept a piece of pork in the freezer, which was as stiff as a rock," he said. Pressed for time and in need of a radical solution, he resorted to cutting the pork in thin slices to make the sweet and sour pork, which ended up becoming one of Lam's favourite dishes, even to this day.

Thoughts of retirement have crossed his mind – he would spend it growing dragonfruits in Qingyuan, a laidback city in northern Guangdong, he laughs – but he has not been able to hang up his apron.

After Lim passed away in 2007, Cheng decided to open Celebrity Cuisine near Lan Kwai Fong. The restaurant first earned a one-star recognition of the MICHELIN Guide in 2010, and has been highly rated by the guide every year since.

The leading figure behind this one-MICHELIN-starred establishment sat down with us to recall the moment when he got his first star in 2010, as well as the lessons learnt throughout his storied career. 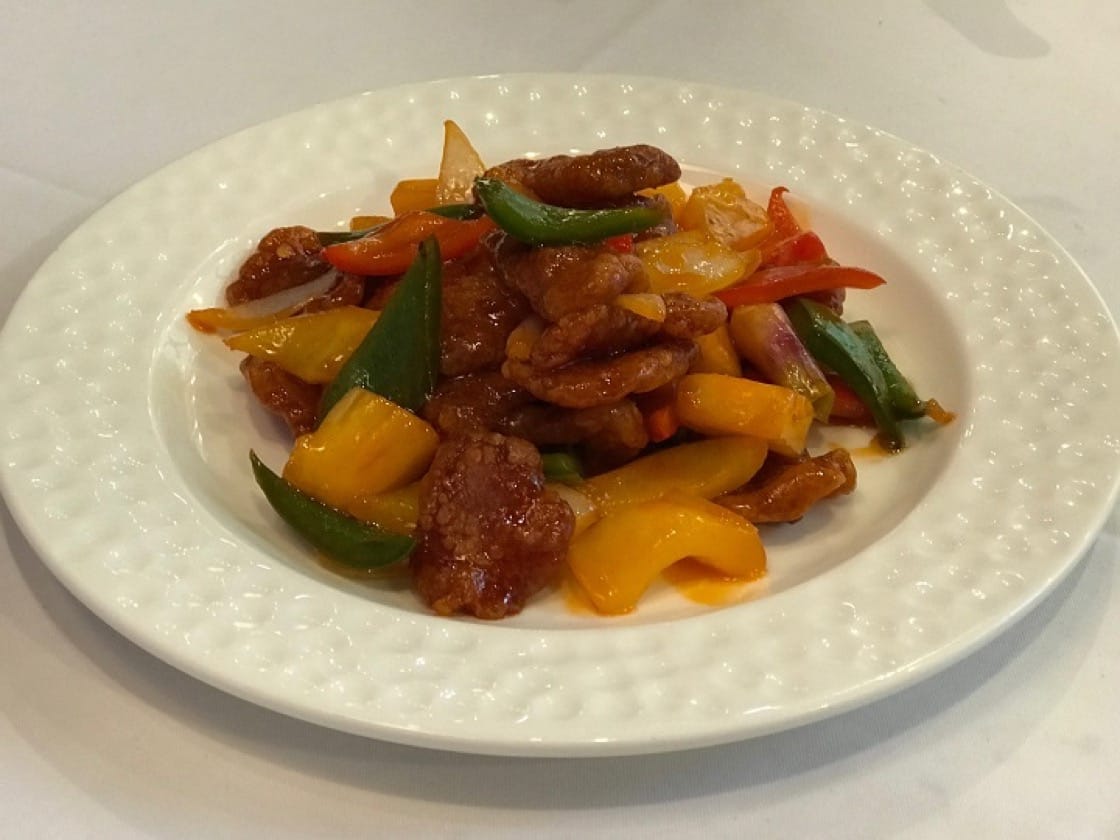 When was your first encounter with the MICHELIN Guide?
It was 2009 when I first heard about the MICHELIN Guide Hong Kong & Macau. I knew it had a huge reputation, but I was quite detached. I only felt nervous after it officially arrived in Hong Kong and created quite a storm in the restaurant industry.

How did you feel when you received the first star in 2010?
I was very excited! I felt happy that my cooking received recognition. Even though we had received so many good reviews since Celebrity Cuisine was opened, and I had an idea about my ability, it was another level of honour to receive the acknowledgement from an international publication, and to enjoy the positive effects that came with it. 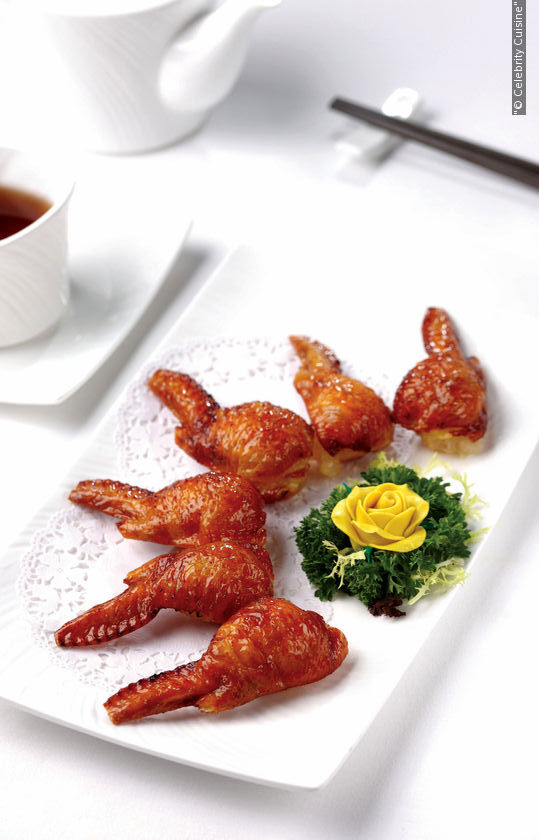 In the first two years, no ceremony was held, and we were notified by a phone call about the award. So, we only bought the guide, flipped through it, and celebrated casually. But there was more media coverage after that, and it started to feel very real. A year or two later, they held the ceremonies at Hotel ICON, and it really created a sense of occasion.

Did the star change the restaurant or affect the way you cook?

We got more collaboration opportunities, including invitations from the Hong Kong Tourism Board and “Pui Gor” (Mak Kwai Pui) from one-MICHELIN-starred Tim Ho Wan to visit and cook in the US and Canada. I was also recruited as the culinary advisor of the Grand Hi-Lai Hotel in Kaohsiung, Taiwan. I go there for four days every month – experiences like this make me even more meticulous in what I do.

Some colleagues once asked me when the inspectors of the Guide would come. I told him, “Prepare every dish as if they’re coming.” My principle stays the same after all these years, which is to cook to serve people. It doesn’t have to be very fancy or gimmicky, and I do not create a certain dish for a certain award. If the people like the food, they would come often. I take it as a process to challenge and improve myself.

Do you have any advice for young chefs aiming for MICHELIN stars?
Be willing to work, and work quietly. If you are capable and tenacious, you will gradually grasp the technique. I once worked in the kitchen for nineteen hours non-stop. I didn’t realise it was that long until the end of the banquet.

This story is written by Alex Lai and translated by Vincent Leung. Click here to read the original article.