Growing up, Daisuke Mori, executive chef of one-MICHELIN-starred Takumi by Daisuke Mori in Hong Kong, was naturally drawn to the kitchen from a young age. The Japanese chef’s father used to run an Italian restaurant, where he had spent most of his free time helping with the kitchen preparation work or simply observing his father cook. Mori recalls: “From when I was six, I started to spend a lot of time in the kitchen with my father. That was how I started to love cooking.”

After completing an intensive vocational training course at the famous Tsuji Culinary Institute in Osaka in 2001, Mori decided to broaden his horizons by working in esteemed French fine-dining restaurants. His coveted stint in the three-MICHELIN-starred Joel Robuchon Restaurant in Tokyo was where he learned about fusing French culinary techniques with seasonal and quality Japanese ingredients, and deepened his interest in French-Japanese cuisine, which became his specialty.

He says: “I like the techniques and discipline of these two top cuisines in the world. Being trained in French culinary skills with Japanese tastebuds has allowed me to combine elements in French-Japanese cuisine naturally. It has showed me how different components of a dish can unite or compete against each other.” 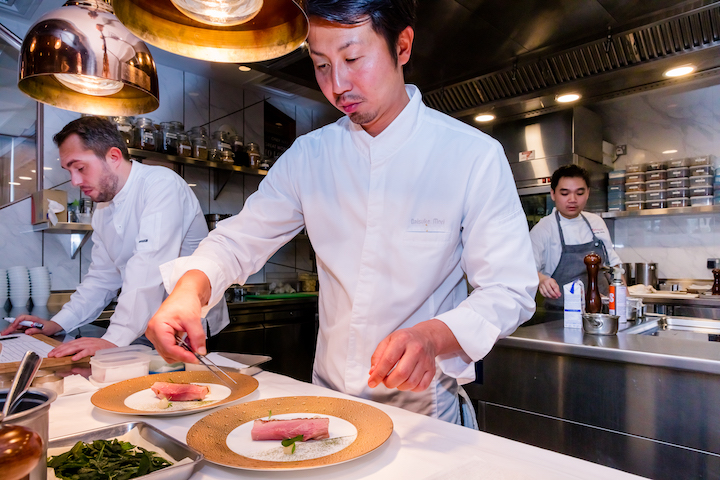 Chef Daisuke Mori with chef Benjamin Halat of CURATE at a recent cooking collaboration in Singapore. (Photo: Resorts World Sentosa)
In 2010, Mori took part in a promotional activity that was run by Paris’ one-MICHELIN-starred Restaurant Taillevent in the Tokyo Kaikan Hotel. He was part of a carefully selected team that cooked under the charge of then-executive chef Alain Soliveres. Later that year, Mori uprooted to Poznan in Poland for four years to helm Restaurant Jadalnia and the culinary team in Blow Up Hall 5050 boutique hotel. During his time there, he incorporated Polish influences in his cuisine. Some of his East-Meets-West dishes include a consomme-style borscht, which takes cues from one of the classic dishes in Poland.

Last month, Mori was in Singapore to take part in a four-hands collaboration with Benjamin Halat, resident chef of CURATE in Resorts World Sentosa. Mori presented some of his signatures including Hokkaido Sea Urchin And Botan Ebi With Lily Root. He explains: “I layered the three ingredients and added with home-fermented kombu soy sauce, to bring out the sweetness of each ingredient and create nuanced flavours and textures.” 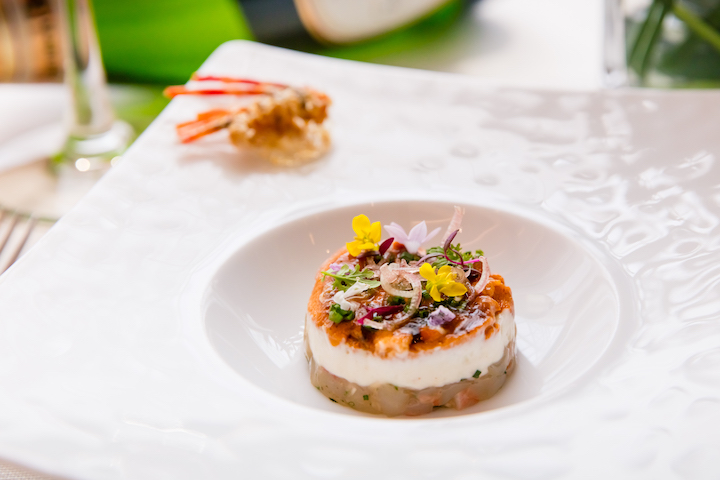 Chef Daisuke Mori presents a multi-faceted seafood dish, Hokkaido Sea Urchin & Botan Ebi. (Photo: Resorts World Sentosa)
For another dish, Épeautre Risotto With Japanese Calmar, he created it in collaboration with a Polish artist. The jet black squid ink risotto with Japanese squid has complex and dramatic flavours. “The Japanese calmar and lotus root are cut evenly and as small as barley grains. They blend together well but provide crunchy and sticky textures. I have also used squid ink to enrich the colour of the dish and inject a depth of flavour.”

What was your first encounter with the Michelin Guide?
I first heard about the MICHELIN Guide when I was 19. I started my career at the Enoteca Pinchiorri in Ginza and later at the three-MICHELIN-starred Joël Robuchon in Tokyo. I also worked at the one-MICHELIN-starred Signature Restaurant at the Mandarin Oriental, Tokyo, which has many collaborations with chefs from MICHELIN-starred restaurants.

I also remember watching a Japanese television programme that featured restaurants from the MICHELIN Guide in France, which motivated me to work in then three-MICHELIN-starred restaurant Taillevent in Paris. Eventually, I had the opportunity to work with chef de cuisine Alain Solivérès at Taillevent. Working with delicate French cuisine has inspired my culinary career.

How did you feel when Takumi by Daisuke Mori received its first MICHELIN Star in 2017?
I was very happy about that as it was a dream come true.

How did you celebrate?
I celebrated with my restaurant team and my family with champagne.

As a chef, what does having a MICHELIN star mean to you?
It was always a goal and receiving the accolade marked a new beginning of my career. Receiving a MICHELIN star is only the first stepping stone to reach higher achievements to push myself and work harder. 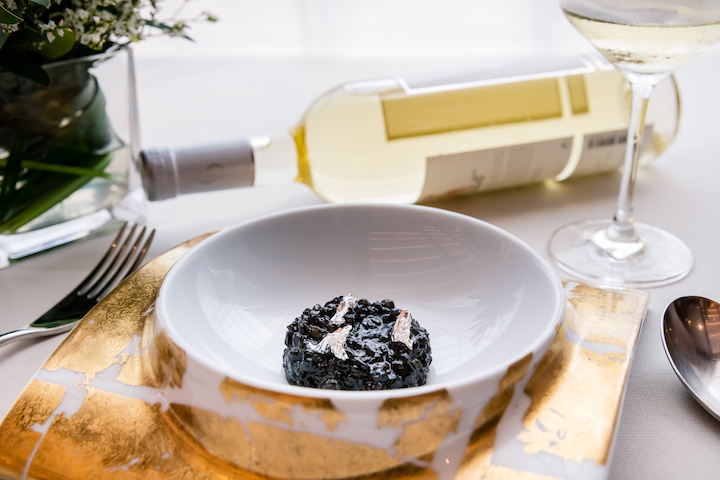 Épeautre Risotto with Japanese Calmar and Silver Point (Photo: Resorts World Sentosa)
With Takumi by Daisuke Mori having received a MICHELIN star, how has that impacted your career?
Since then, I have received more invitations to become a guest chef at restaurants overseas and helm special events. Through these opportunities, I get to cultivate new connections with people in my industry and it has been very enriching.

What advice do you have for young chefs?
They must have a dream and passion to work in the industry. “Don’t choose your job” is my motto. Young chefs need to work hard and be humble to achieve their goals and be knowledgeable about everything that you have to do in the kitchen. Last but not least, having respect for the kitchen, the team, your work and the ingredients are also very important.