There’s no doubt about it: Being a vegetarian in Hong Kong is easier than ever. Not only are we spoilt for choices with an expanding selection of plant-based meat alternatives, but the city’s top chefs are also deviating from the traditional meat-centric fine dining expectations to offer plant-based menus.

In celebration of World Vegetarian Day, which aims to “promote the joy, compassion and life-enhancing possibilities of vegetarianism,” here are four MICHELIN-listed restaurants that offer some of the most stunning dishes made exclusively from plants. 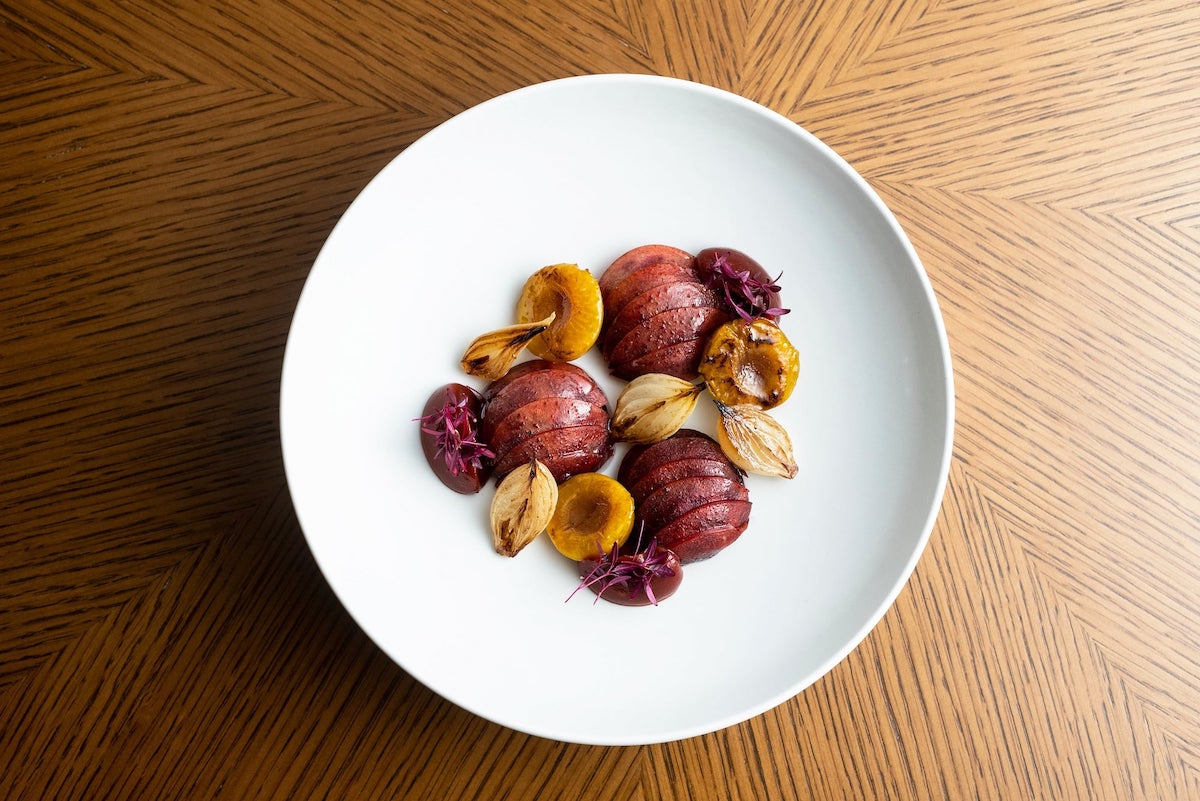 Just in time for fall, this dish is a true reflection of the season’s best produce. Crapaudine beetroot, which is also the oldest variety of beetroot known as “beet royalty”, is roasted in its skin to be used as thick slices, while the trimmings are chopped into a tartare. To add an interesting acidity and minerality to the beetroot tartare, delicately crushed homemade umeboshi is added to the mix.

“I love to marry the earthy beets with sweet and tart plums,” says culinary director Richard Ekkebus. This is why he uses scales of red plum to cover the tartare, which is then sprinkled with pepper berry to bring a spicy floral note to the dish.

Taking a root-to-stem approach, every part of the beetroot is used to create this dish. Part of the beets is transformed into a pomade, beaten up with a lacto-fermented nut butter (adhering to Amber’s dairy-free philosophy) to bring richness. Complete with salt roasted onions and a reduction sauce that combines the tannins of cabernet sauvignon and earthy notes of mushroom dashi, the result is a “simple yet complicated dish in preparation with multiple layers of textures and a harmonious combination of flavours.” 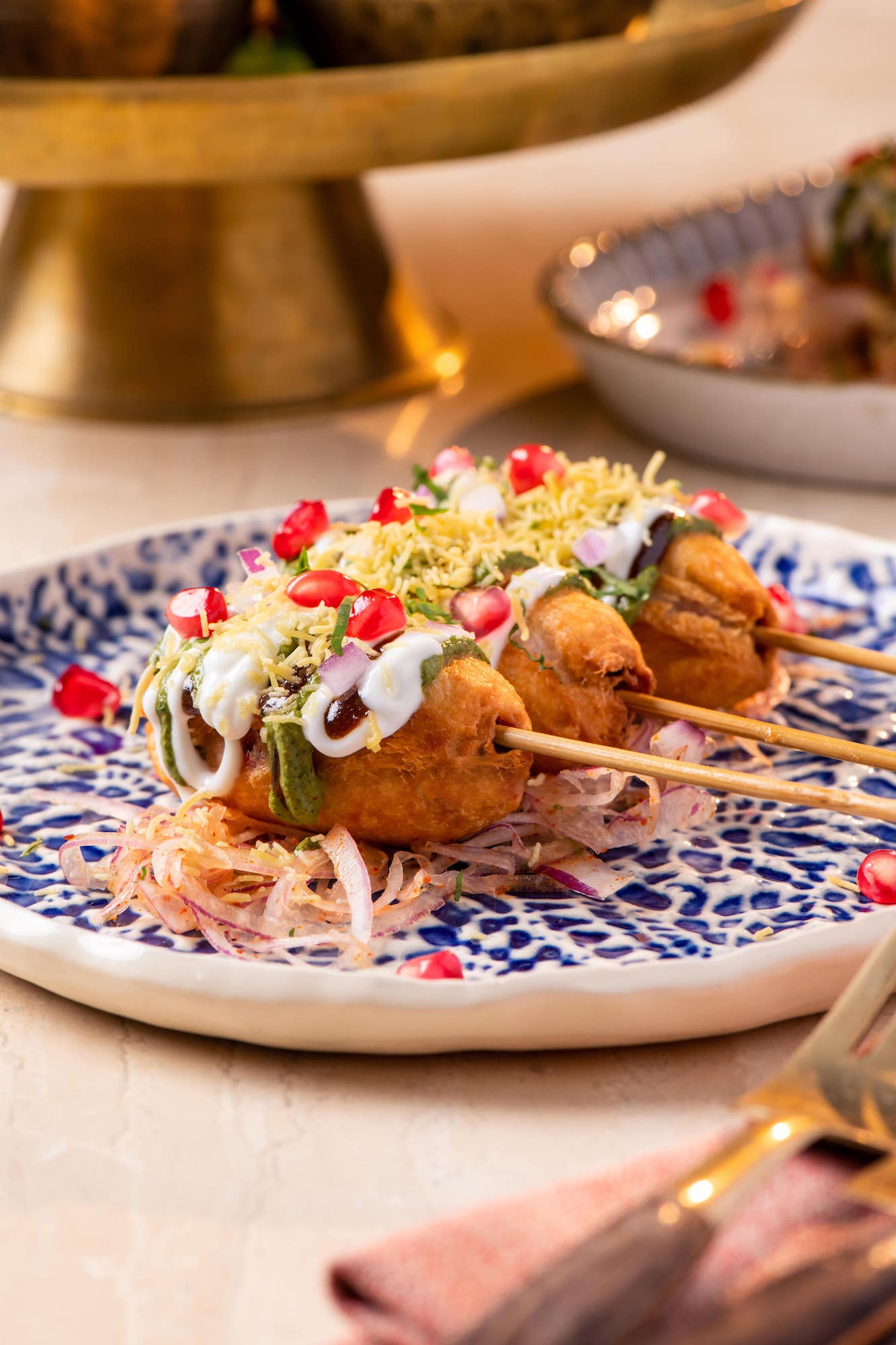 A savoury Indian street food that is shaped like a "kulfi”—a traditional Indian ice cream—and served on a stick, kulfi kebab is typically stuffed with a mixture of minced meat or vegetables.

“To refine this kebab dish at Chaat, I had to make sure the vegetable mixture remains intact when it’s being pan fried or deep fried,” says chef de cuisine Manav Tuli. “To achieve that without compromising the moisture level, I took inspiration from a humble household dish that my mum used to make when my cousins came over for Sunday breakfast—the bread roll. By using the bread roll casings over the vegetable stuffing, the mixture is kept in place while the bread roll is deep fried until crispy.”

“The final touch comes from the chutneys, which are ‘drooled’ on top rather than being left on the side. It’s become a crowd favourite.” 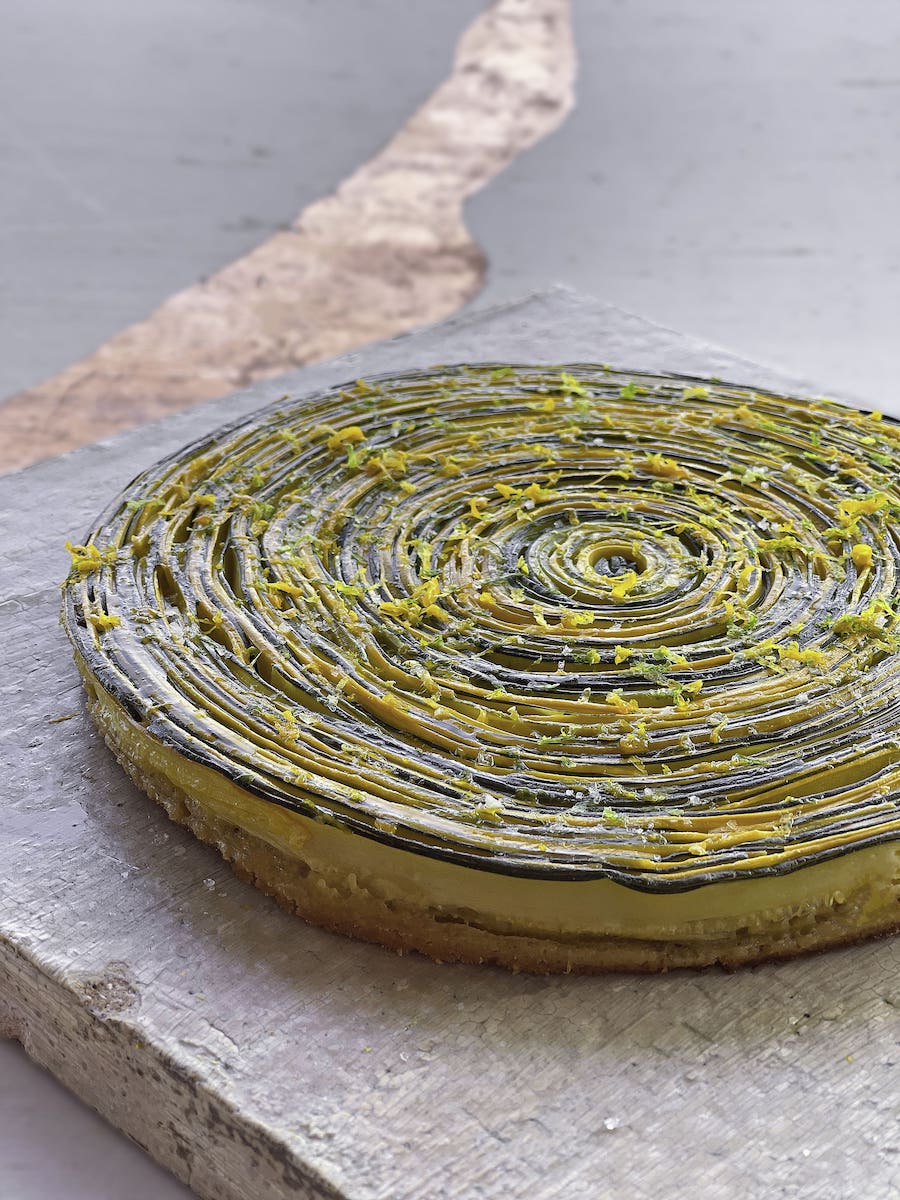 Following the success of its first vegetal menu, which highlights the season’s finest produce and unsung ingredients of fine dining menus, the second episode of Écriture's vegetal menu pays homage to the trumpetta zucchini from south of France.

The zucchini tart is a celebration of the Eyragues’ seasonal zucchini varieties, each bringing its own unique colour, taste and texture to form a beautiful tatin. The dough is made from chickpea flour, which creates a delicious crêpe called socca—an ode to Côte d'Azur where executive chef Maxime Gilbert called home during his stint at La Reserve de Beaulieu.

“I like it when dishes make sense and the produce play naturally with each other—with each dish we tell a story in our own way,” says Gilbert.

The story of zucchini continues with a saffron dressing made with egg white mayonnaise, which goes with the tempura zucchini flowers served as a side dish. 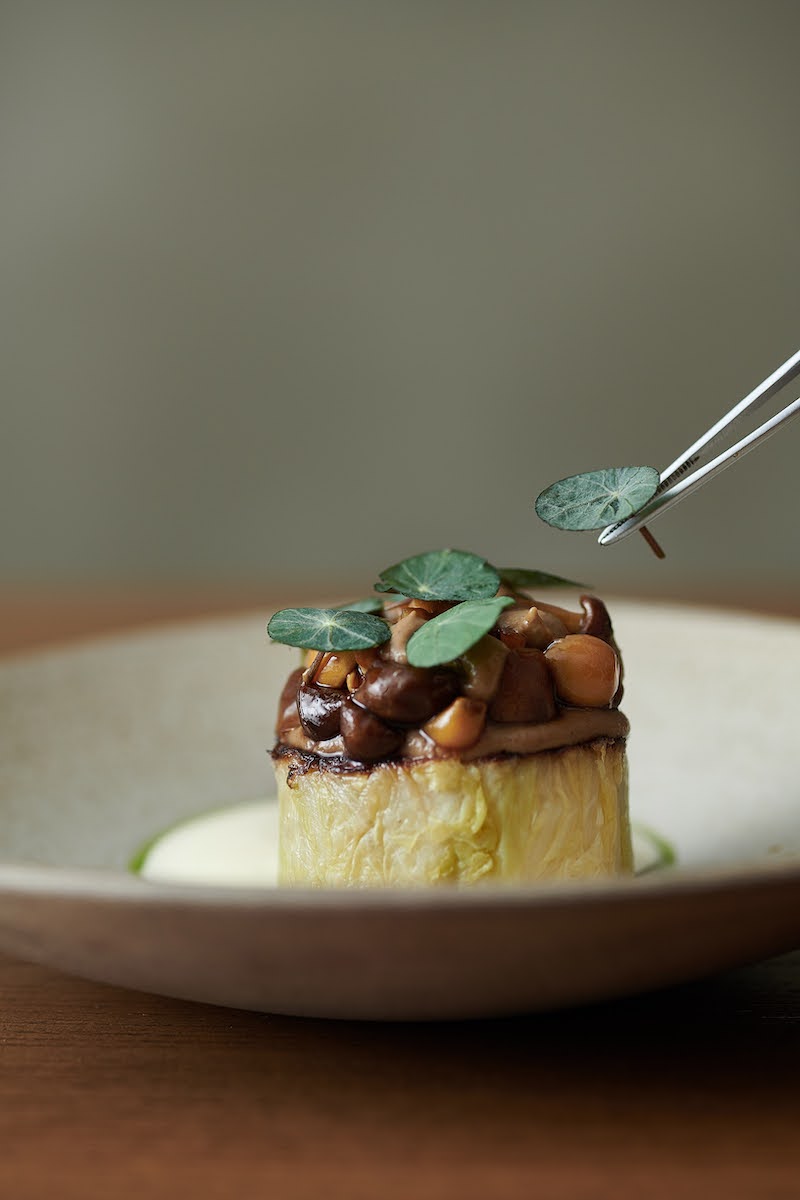 As part of Roganic’s continued commitment to sustainable gastronomy, fresh produce is sourced from local growers and farmers to reduce carbon footprint. Taking inspiration from Simon Rogan’s signature dish ‘dill brined cabbage’, which used to be served with maitake mushroom and a truffle puree, the marjoram brined cabbage is given an Asian twist with local cabbage, pickled shimeji mushrooms glazed in a soy and miso reduction, in addition to earthy notes from a chestnut mushroom.

“I felt a dill brine on the cabbage would become slightly lost within the new blend of flavours, so we turned to a more hard herb, that being marjoram,” says head chef Ash Salmon. “With a more floral and citrusy flavour than other hard herbs such as thyme, marjoram is not as commonly used but complements the cabbage and other elements of the dish nicely.”

A kick of aerated wasabi emulsion is balanced with a parsley, chilli and garlic oil, while the garnish is complete with nasturtium grown in-house.

READ MORE: How MICHELIN Green Star Restaurants In Asia Are Doing Their Part With Sustainable Practices