T’is the Season! What’s Cooking around the World?

A quick look at some of the time-honored traditions of Christmas around the globe where Christmas is celebrated!

No traditional Christmas dinner would be complete without roast goose or, more commonly these days, turkey which are served with sides like roast potatoes, Brussels sprouts, cranberry sauce, stuffing and hot gravy.

For dessert, it doesn’t get more traditional than the Christmas pudding and mince pies – the former a luxuriously fruity steamed pudding doused in brandy and flamed (to ward off evil spirits) and the latter rich with chewy, flavorful bits of dried fruit, crunchy nuts and a heady combination of spirits.

On Christmas morning, families enjoy a breakfast of Kerststol, a luxurious raisin bread, filled with nuts, dried fruits and almond paste. Different types of breads, cheeses and sliced meats are also served as part of the breakfast spread.

Christmas dinners vary per family. Some go traditional with a shrimp or seafood cocktail as a starter and move on to the main dish of game meat such as venison, deer or rabbit served with winter vegetables like red cabbage, potatoes and Brussels sprouts.

‘Gourmetten’ is for the more modern family. The style of the meal is reminiscent of raclette, where each person grills his or her own meat or fish in small individual pans. 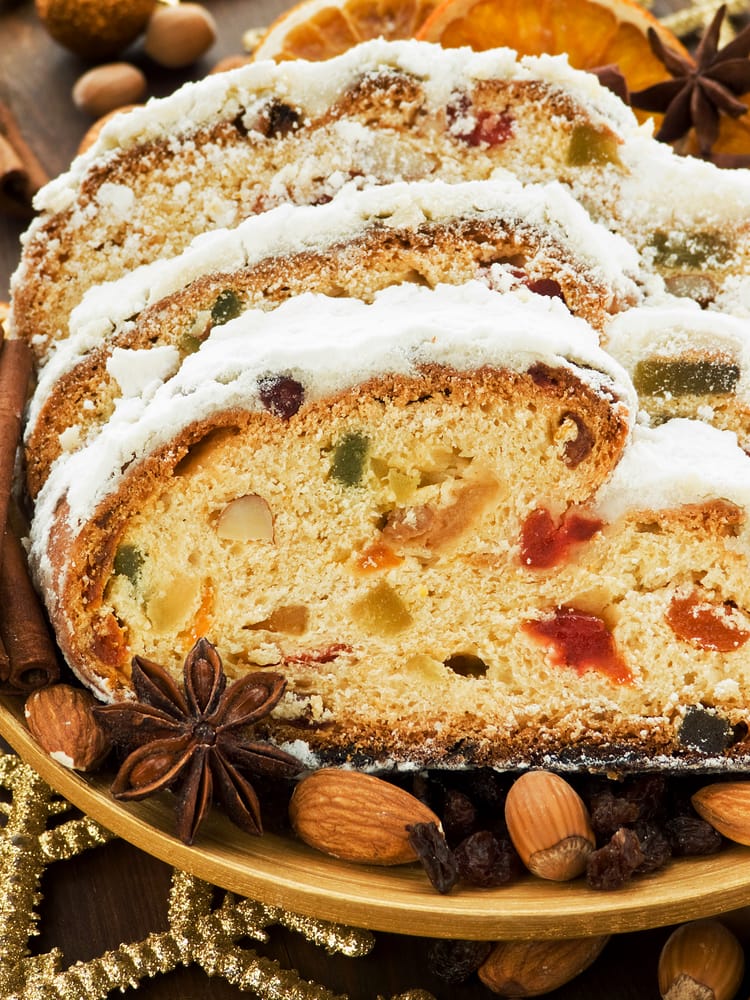 In Germany, cold meats, cheeses and all manner of festive breads make up the Christmas breakfast spread. In the northern part of the country, it’s all about the fish and seafood; smoked eel and pickled herring are a big part of the holiday tradition.

For dinner, roasted goose, turkey or duck is the tradition served with bread dumplings and braised red cabbage.

As for the Christmas dessert? Spiced biscuits called Lebkuchen are Germany’s answer to gingerbread cookies while Stollen—a traditional fruitcake with tapered ends and a ridge down the center that symbolizes Baby Jesus—is a Yuletide staple.

Christmas Eve dinner is traditionally a light meal with no meat and plenty of seafood; bring on the swordfish, tuna, salmon, octopus and the baccalà (salted cod)! Along with an abundance of fish, Italians celebrate with simple pasta dishes and meatless antipasti.

Regional variances in Christmas traditions do exist. In northern Italy, agnolotti—stuffed pasta in a butter and sage sauce—is a popular choice. In Veneto, bigoli–buckwheat spaghetti—in a creamy anchovy and onion sauce is a holiday classic. 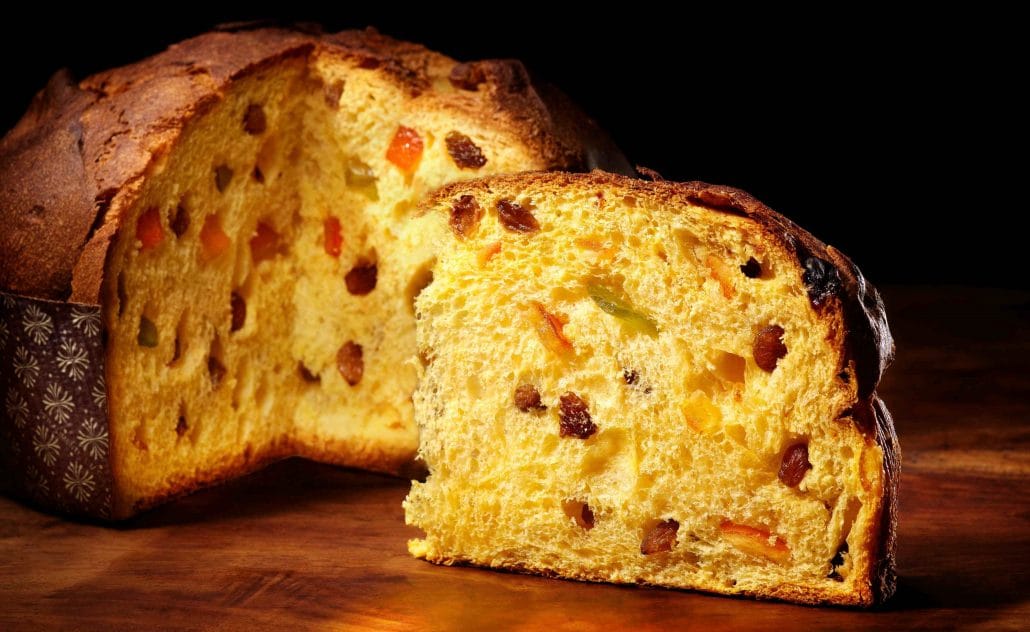 Come Christmas, French families settle down for a marathon feast fit for kings which often begins after midnight mass. The feast is called “Le Reveillon”–“awakening” or “waking up”–because it typically goes on until the early hours of the morning.

Glasses of champagne kick off the celebrations. The French–particularly Parisians–love seafood; smoked salmon, oysters, scallops (Coquilles Saint Jacques), lobster and crab are holiday favorites. A French Christmas feast also wouldn’t be the same without foie gras which is often served on slices of bread as a starter or apéritif with a sweet wine, typically a Sauternes.

When it comes to the main course, traditional turkey with a chestnut stuffing remains one of the favorites. However, all manner of birds and wildfowl are served over Christmas including guinea fowl, quail, pheasant, goose and chicken.

After the seafood and birds, as well as a cheese course, it’s time for the traditional Yule log Bûche de Noël, unless one is from Provence, in which case 13 desserts—13 representing Jesus and the 12 apostles—will be served. 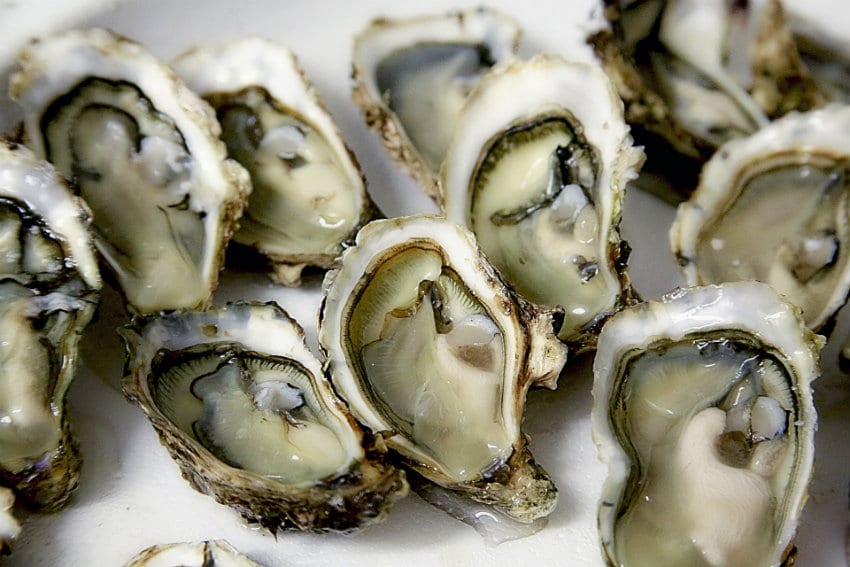 After the feast comes coffee with an assortment of cakes and biscuits. The most festive and most popular are the St Lucia buns and Pepparkakor ginger biscuits. 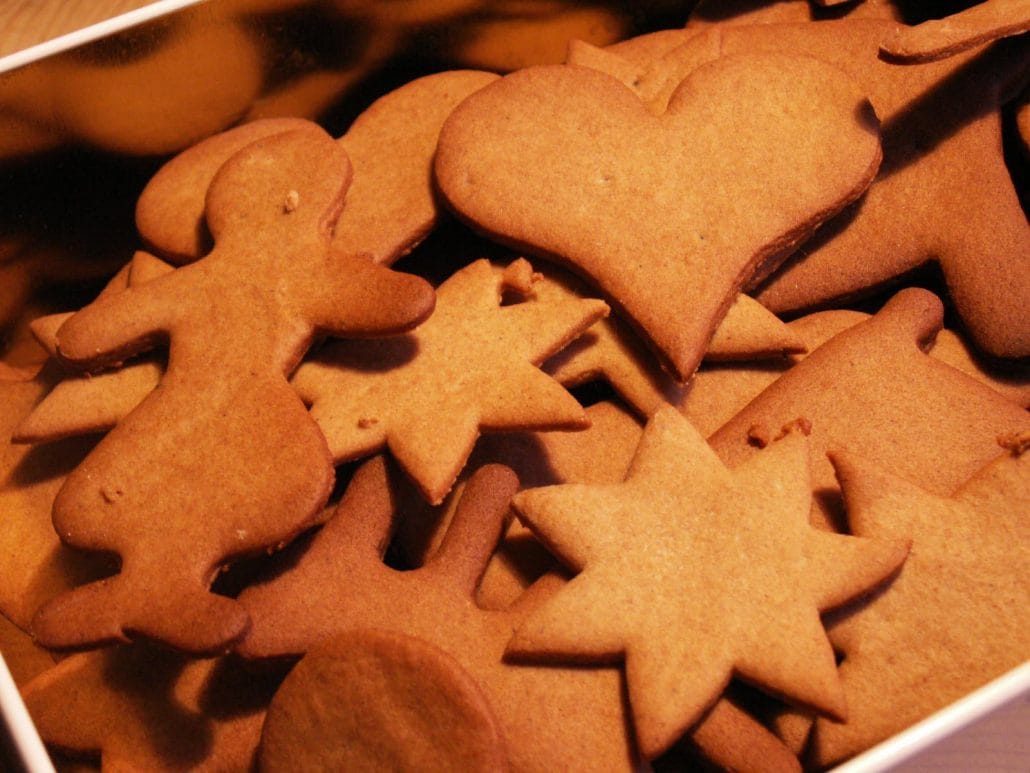 Although centuries of immigration from Europe have imparted a certain influence on Ceia de Natal (Christmas Dinner), the tropical tastes and local customs add some delightful color to the table.

Similar to many European countries, a Christmas feast will center on a turkey and often ham, but in true Brazilian fashion, the meat is served with local exotic fruits. Bolinhos de Bacalhau (salted codfish) rolled into balls and deep fried is a dish especially popular in Brazilian coastal towns, and often more likely to make an appearance on the Christmas dinner table.

“Rabanada,” thick slices of day-old bread dipped in a mixture of milk and beaten eggs, fried in butter and covered in thick syrup made from port, honey and cinnamon is a must. 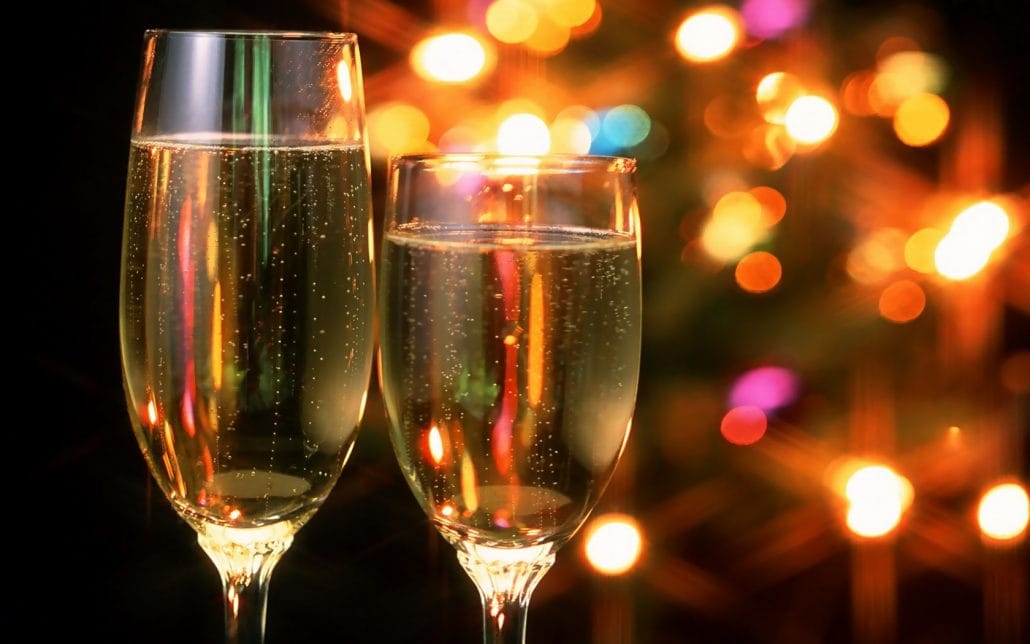 The Christmas feast always begins on Christmas Eve. Although the menu varies from region to region, staples include feta, tzatziki, avgolemono (chicken broth, eggs and lemon) soup and roasted pork with potatoes. Stuffed turkey with raisins and rice often comprises the main part of the festive meal.

No Greek Christmas is complete without Melomakarono and Kourabiethes. Melomakarono is an egg-shaped Greek dessert made from flour or semolina, sugar, orange zest and/or fresh juice, cognac (or similar beverage), cinnamon and olive oil. After baking, they are immersed in honey and sugar. Crescent-shaped almond shortbread called Kourabiethes is another traditional dessert prepared during the Christmas holiday season.

One can count on Tsipouro (pomace brandy) and retsina (resonated wine) to flow plenty to kick the merriness up a notch.