For diners who don't want to booze it up, there's an emerging alternative to wine pairings to enjoy with your meal. A growing number of restaurants are offering zero-proof cocktails pairings largely based around fruit and vegetable juices with their tasting menus, including Copenhagen's two-MICHELIN-star noma, which is credited with igniting the movement a decade ago, as well as New York City's two-MICHELIN-star Atera.

One of the vanguards of the movement is one-MICHELIN-star Dialogue in Santa Monica, California, which employs a full-time non-alcoholic beverage mixologist, Hansuk Cho, who previously worked in a similar position at tthe three-MICHELIN-star SingleThread further north in Healdsburg in California. Cho estimates that at least 30 percent of the restaurant's guests opt for her pairings for a variety of reasons, ranging from overall lifestyle changes to wanting to avoid a hangover. "Others are pregnant; some are going through recovery; some are underage; some have religious reasons; and some are just choosing not to drink alcohol that night," she says. 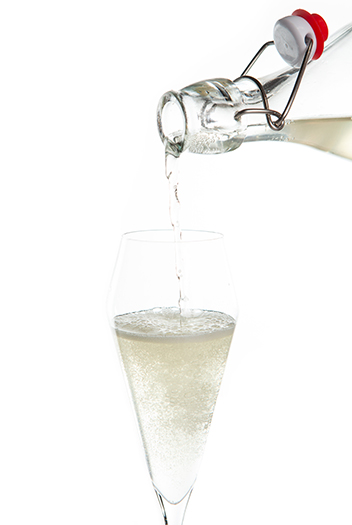 History Bread
All articles of Features