It is the season of bom-namul (bom: spring / namul: wild edible plants), those delightfully bitter and sublimely herbaceous spring greens that grace Korean tables around this time of year. Right now, these delicious harbingers of spring are plentiful at local markets – a good thing as they are inexpensive and full of nutrients that Koreans believe will help recover one’s ki or energy lost during the long winter.

The first weeks of spring in Korean mountains and fields offer a bounty of edible plants which are not only nutritionally rich, but adds wonderfully aromatic flavors to everyday meals. In Korea’s ancient literature, these wild edible plants are not categorized as yachae (vegetables), but as namul. Those gathered from the mountains and hills (“san” in Korean), such as chwi and dureup are called san-namul, while those picked from fields (“deul” in Korean), such as dallae and meowi are termed deul-namul.

In the old days, the quest for the freshest wild greens instilled competition among the more knowledgeable women, who spilled no secrets about their favorite spots to find the most delicious namul of the season. The foraged namul were brought home in baskets, where the women spent hours trimming them.

Although most locals buy spring greens–mostly farmed in this day and age–at markets, many still venture out to hills, river banks and fields to forage when temperatures start to rise. Do not be intimidated by the unfamiliar tangled roots and leaves should you come across them at Korean grocery stores. They may not be pretty, but when prepared the right way, they offer some of the most delectable flavors of spring.

The following is a short guide to some of the most basic bom-namul in Korea. There are so many more out there, but this is a start. I also share with you four basic sauce recipes utilizing four of Korea’s most iconic fermented ingredients you can try pairing with different spring greens. Bom appetit! 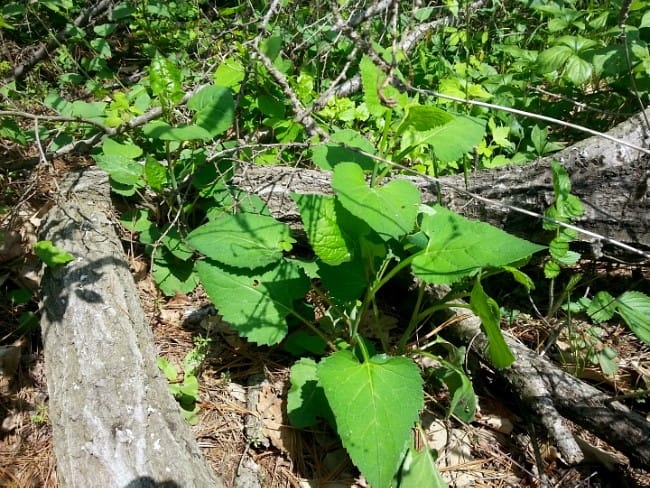 Chwi-namul is a leafy vegetable that grows in the mountains and fields. It has heart-shaped serrated leaves which are slightly fuzzy. When eaten raw, albeit not so commonly, it has a slightly tough texture. Chwi-namul is commonly dried for long-term storage and are rehydrated before cooking. With its mildly bitter, nutty and grassy flavor, chwi-namul is a popular spring banchan. It is usually blanched and sauteed in sesame oil or perilla seed oil, garlic and green onions and seasoned with Joseon ganjang. 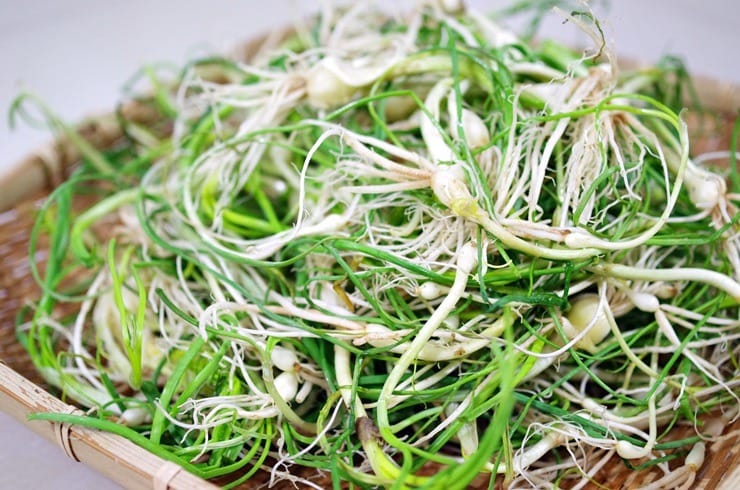 The English term for dallae is Korean wild chive. Another early spring green, dallae not only resembles chives, but also shares a similar flavor profile to chives. The small white bulbs at the base of the thin green scapes (or stems) taste like scallions while the scapes taste very much like chives with mildly garlicky undertones and a subtle kick. Dallae is great eaten raw as a salad, dressed with soy sauce. It is a great accompaniment to barbecued meat dishes. Koreans often add it to soups and stews as well. 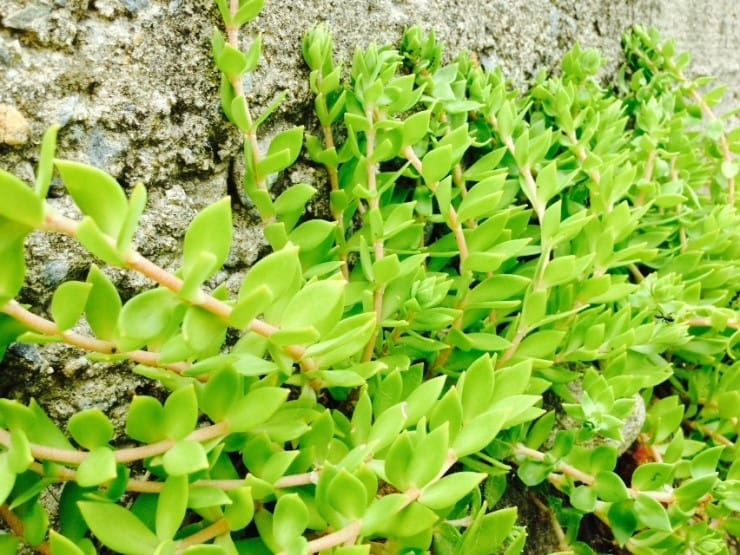 Dot-namul (also called dol-namul and don-namul), or stringy stonecrop in English, is a leafy succulent that grows on rocky soil. It is not uncommon to find a stone wall covered in dot-namul in the spring. The young stems and leaves of dot-namul are juicy, tender and sweet. Of all the spring greens on this list, dot-namul probably has the mildest flavor, so it’s an easy green to eat raw, tossed into all manner of salads. Koreans also love to add dot-namul to mul-kimchi (water kimchi) in the spring, for their fresh taste and crisp texture. 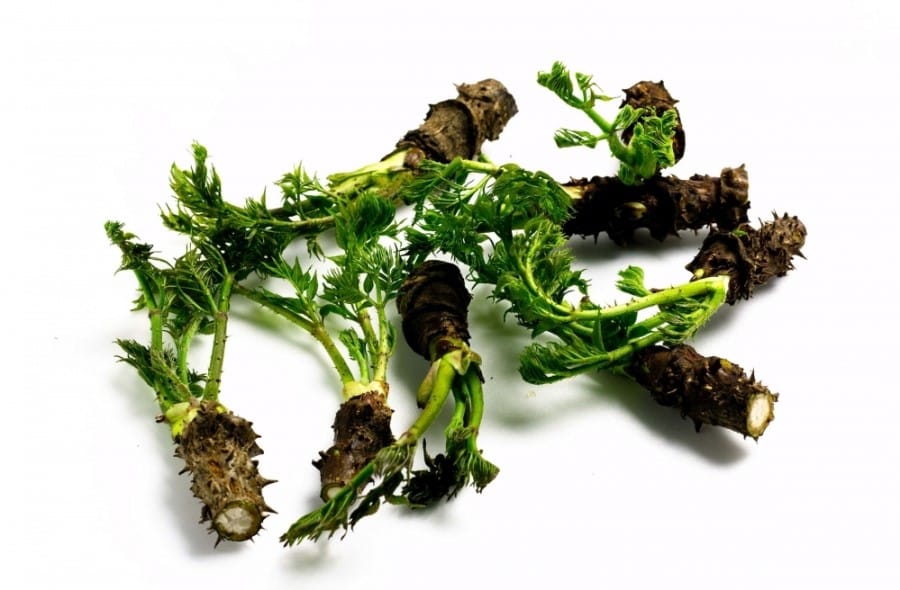 One of the last spring greens to appear is dureup, a mildly bitter and fragrant vegetable that has the nickname “King of Spring.” Dureup is also the only bom-namul on the list that is harvested from tree branches. The bark and roots of the dureup tree are dried and used in Korean medicine, but the young and tender shoots are prized as a tasty, edible green that has a pleasantly bitter grassy flavor. Dureup can be harvested from the wild (these have a ber flavor and fragrance) but are more commonly farmed in greenhouses these days. Dureup is most commonly eaten lightly blanched and served with vinegared gochujang for dipping. Blanched dureup stems have a similar texture to blanched asparagus. 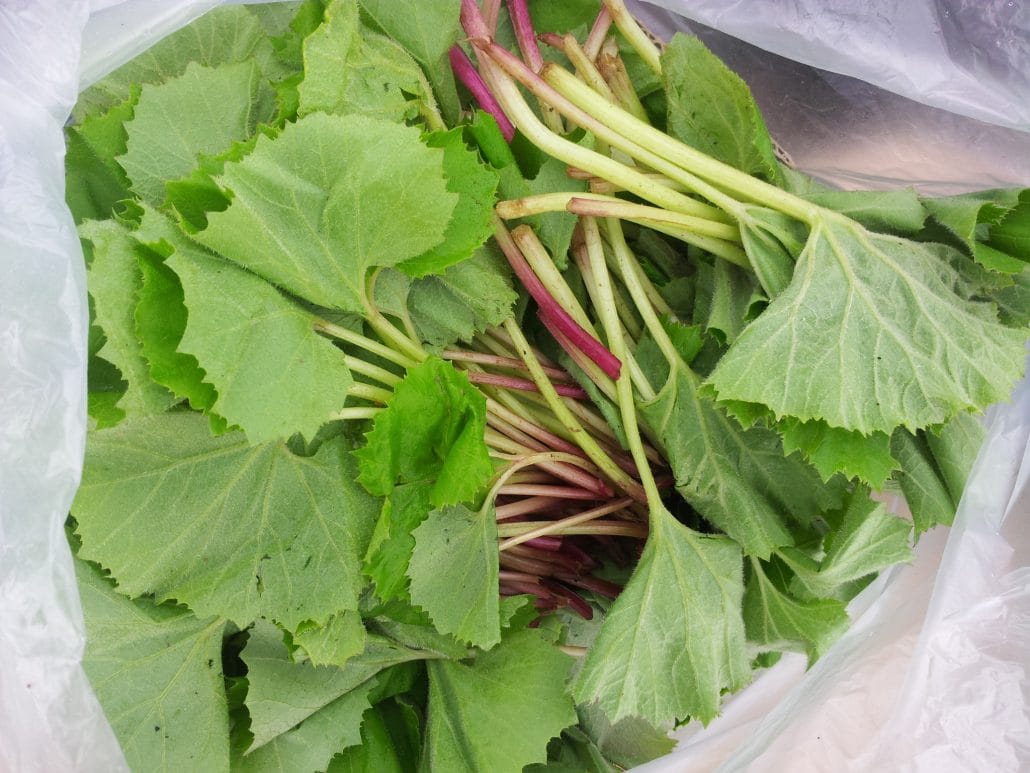 Prized for its healthful components, meowi has traditionally been used in medicine to treat asthma and phlegmy coughs. Meowi typically grows in wetlands at the foot of a mountain. Both its large round leaves and fibrous stems are used in cooking. The younger, smaller leaves are usually blanched and seasoned while the older and larger leaves are steamed until tender and served with rice to be wrapped like a ssam. The tougher stems are often blanched, peeled and sauteed. When cooked, the stems are soft and nutty while the leaves have a mildly bitter flavor. 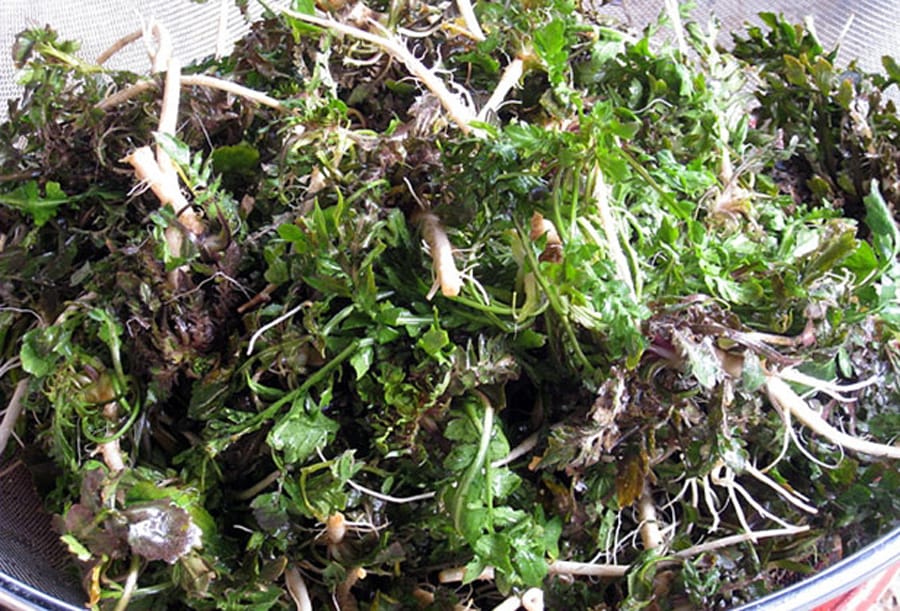 Known as shepherd’s purse in English, this spring green is among the first to appear towards the tail end of Korea’s frigid winter and has a deeply earthy fragrance. Both the white roots and the small green leaves are consumed. Blanch until the roots are tender and dress with doenjang-based sauce or add to doenjang-based soups with sweet littleneck clams which are also in season. Naengi also makes a supremely fragrant pesto and complements gamy meat dishes like lamb really well. Naengi is in season from late winter to mid-spring. 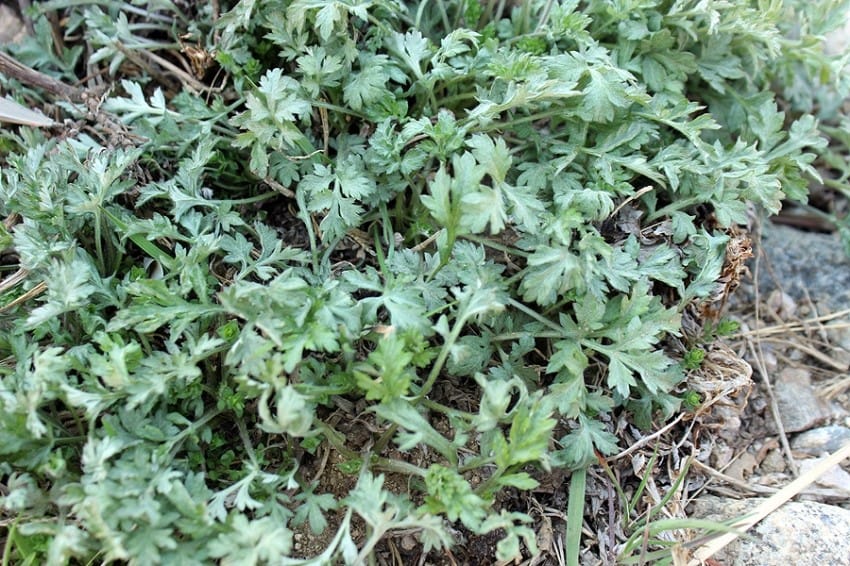 Ssuk, often called mugwort in English, is another harbinger of spring. This slightly bitter herbaceous shrub, whose tender leaves are bright green on one side and covered in fine silver fuzz on the other, has a distinct fragrance reminiscent of celery, eucalyptus and sage. As they grow everywhere from roadsides to mountain tops, it is common to spot locals foraging for wild ssuk around this time of the year. Ssuk is commonly used in traditional medicine, known to boost circulation and warm the body. In local cuisine, ssuk is most commonly added to doenjang-based soups and made into fragrant rice cakes. You can also lightly batter and deep fry ssuk for a crispy snack.

Mix all the ingredients. Dress the blanched naengi with the sauce and mix well.

Mix all the ingredients. Toss with fresh dot-namul.

Mix all the ingredients. Toss with fresh dallae.