England’s towns and villages play host to quaint and quirky inns with character and charm in abundance. As the nights draw in, there’s something extra special about a country staycation, with its wrapped-up-warm, leaf-kicking walks, and cosy evenings around roaring fires. Discover the MICHELIN Guide hotel specialist’s favourite country house hotels and old coaching inns, where playfulness and eccentricity are allowed to shine. 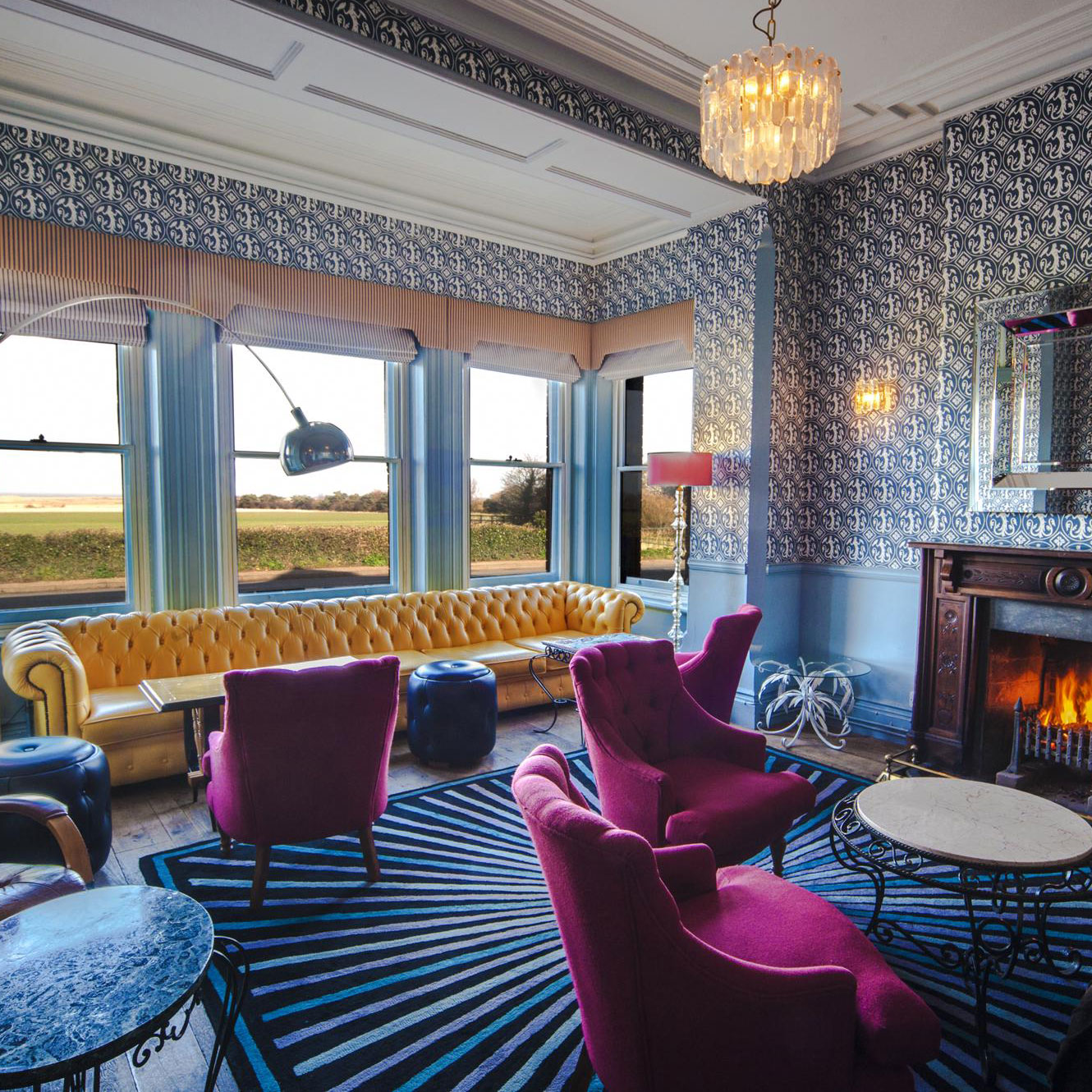 Titchwell
Not so much a country house hotel as a country retreat; the former implies aristocratic formality, while the latter, at least in the case of Titchwell Manor, simply means a luxurious yet unpretentious escape by the Norfolk coast. The Victorian farmhouse and its renovated outbuildings have all been updated in a playful and eclectic style, mixing period details with vintage and modern furniture. 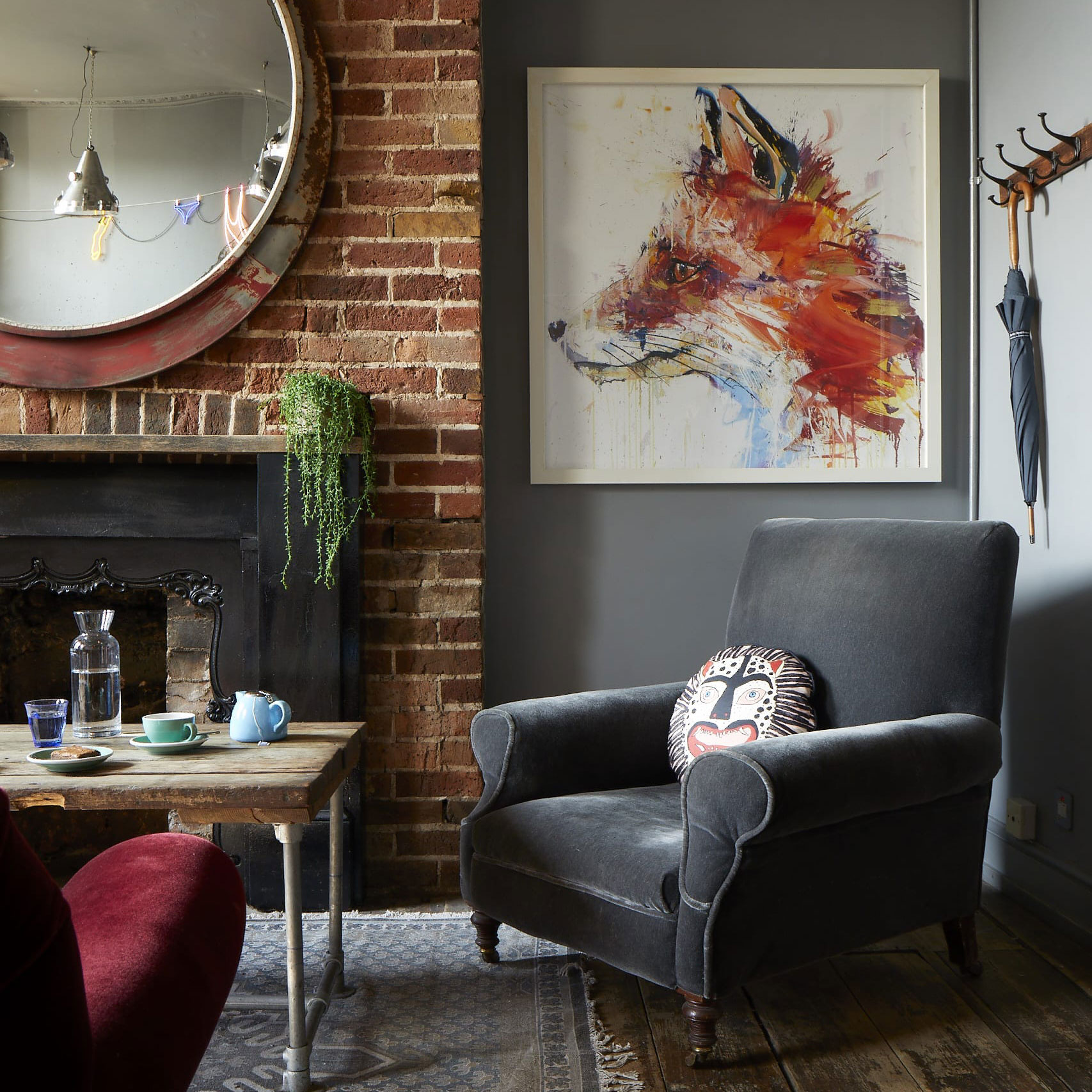 Brighton
England’s Artist Residence hotels present an alternative view of what a boutique hotel can be: unpretentious, fun, and not a bit more luxurious than they need to be. Artist Residence Brighton was the first, its rooms decorated by local artists in exchange for lodging; a scheme that lends them an individuality no designer could possibly have planned. 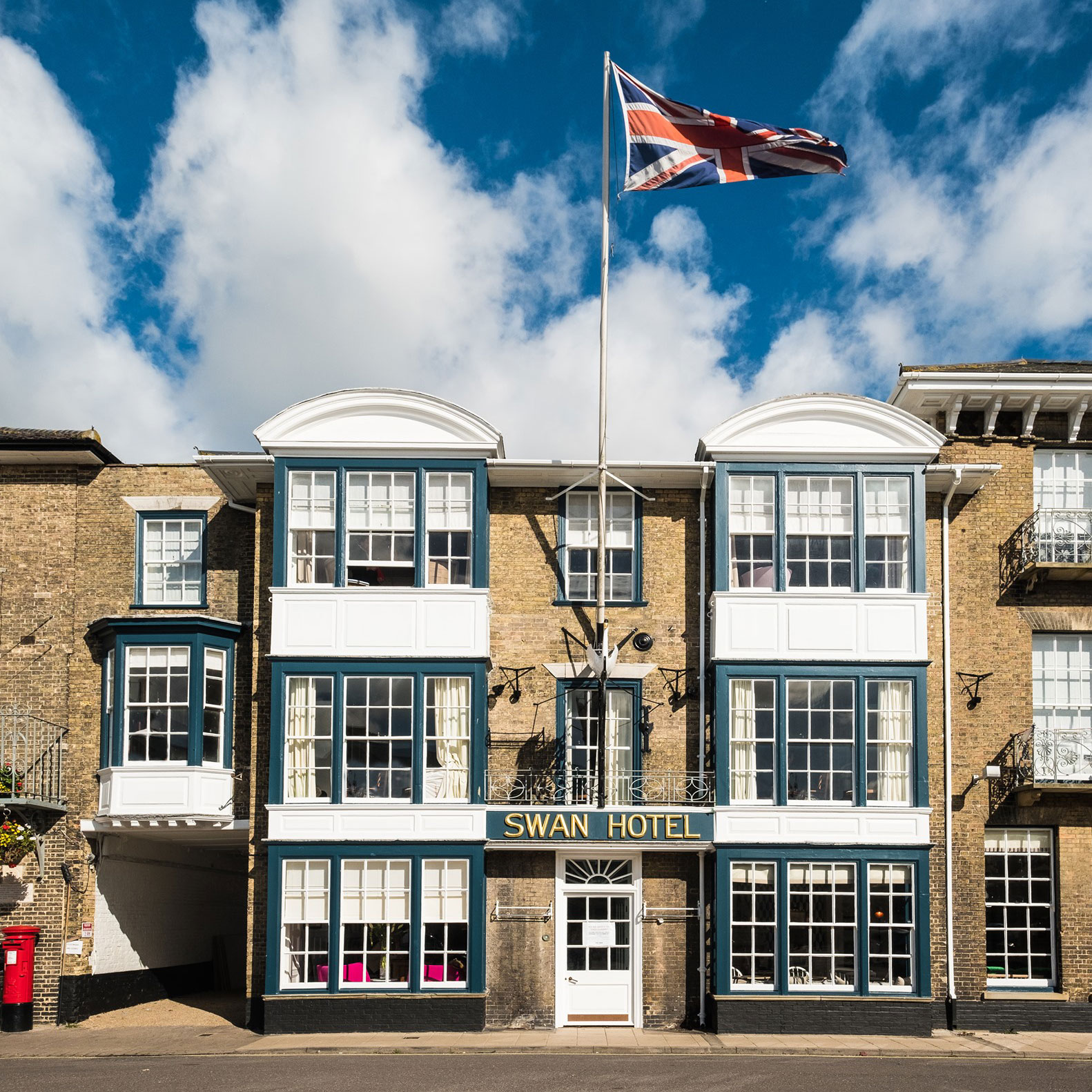 Southwold
Among the chief attractions of the Suffolk seaside town of Southwold is the Adnams brewery and distillery, and the Swan is the Adnams extension into the world of hospitality. This is a very thorough renovation of a classic hotel, leaving the Georgian façade in its original form and updating the interiors in a vibrant, playful style reminiscent of some of England’s finer country house hotels. 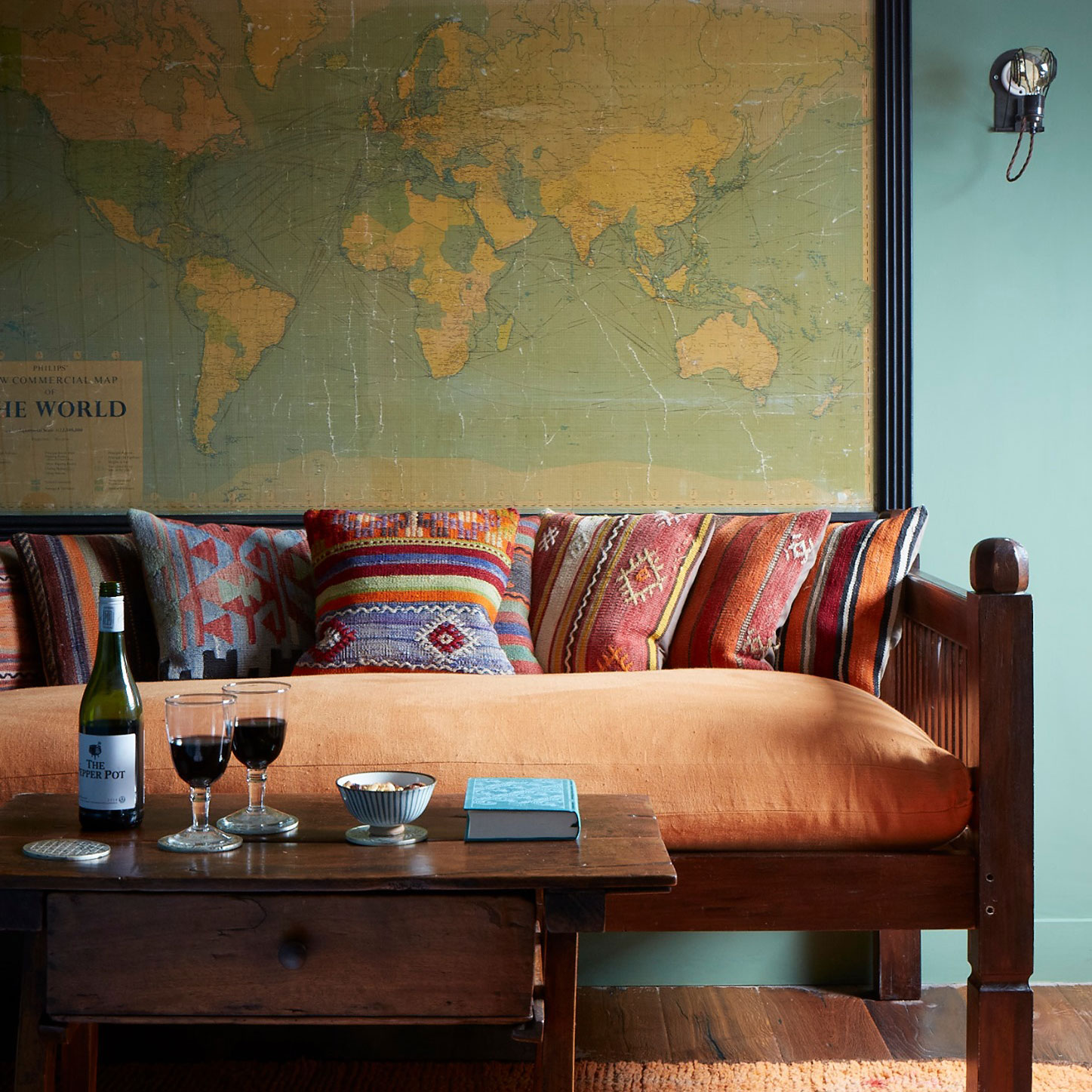 Penzance
For a sequel to the funky, bohemian Artist Residence Brighton, the natural choice is the colourful town of Penzance. Artist Residence Cornwall is tucked away in the heart of town, in a beautiful Georgian house, within walking distance of just about everything. Each of the artist-designed rooms is completely different in style, though they share comforts like Roberts radios, Nespresso machines, and Bramley organic bath products. 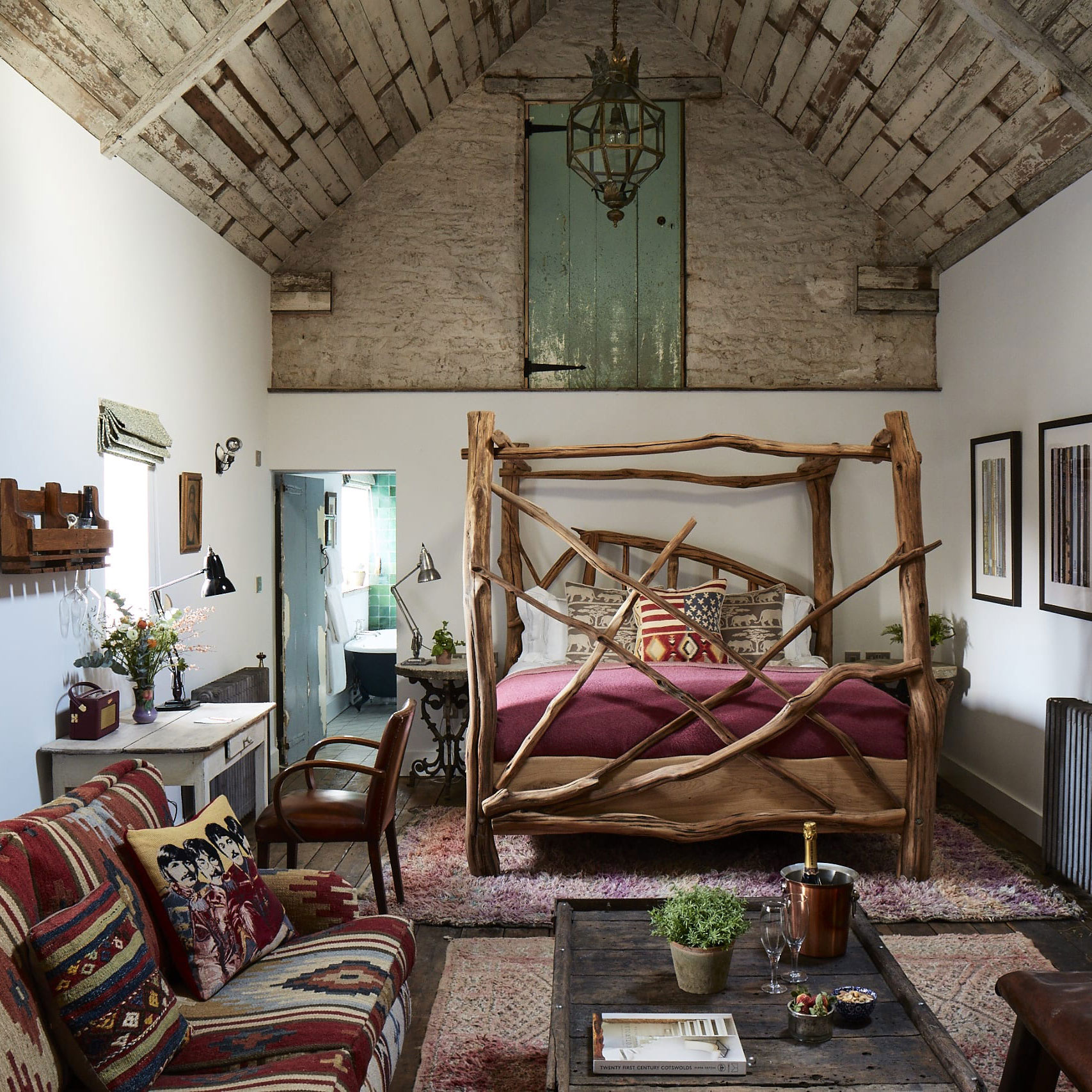 Oxford
Right between Oxford and the Cotswolds, in the village of South Leigh, stands a 16th-century farmhouse that’s slowly evolved into a classic country pub. Under the Artist Residence banner, it’s a one-of-a-kind boutique inn with high-end comforts, and a visual style that combines antique architecture and objects with modern furniture and contemporary art. 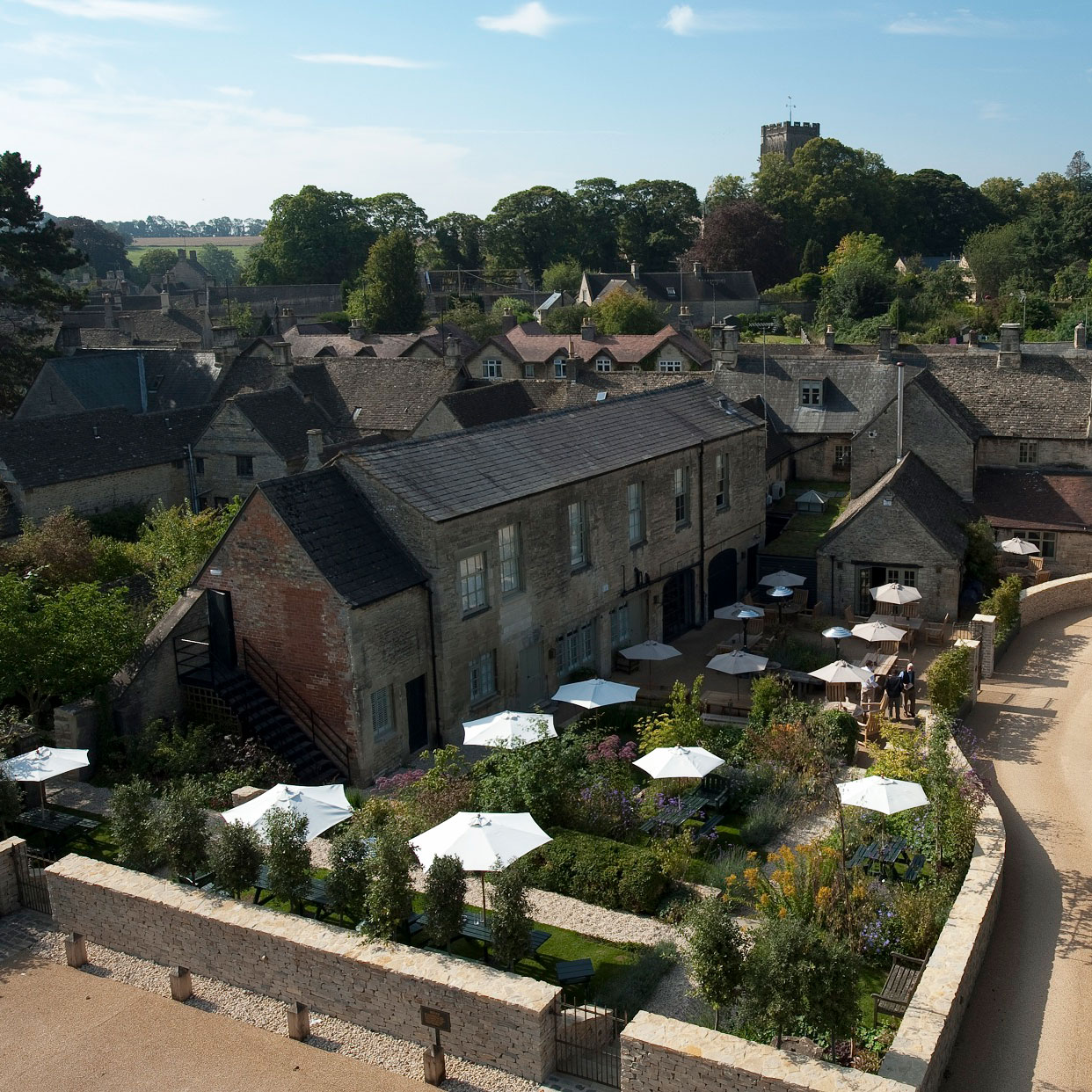 Northleach
England’s venerable coaching inns are the ancestors of today’s pubs, and the Wheatsheaf Inn, in the Cotswolds town of Northleach, is as true as can be to the classic, slightly utopian ideal of a public house as a welcoming place for a drink, a delicious bite to eat, and an attractive, comfortable room for the night. And if that’s a description the modern pub typically fails by some distance to live up to, well, so much the better for the Wheatsheaf. 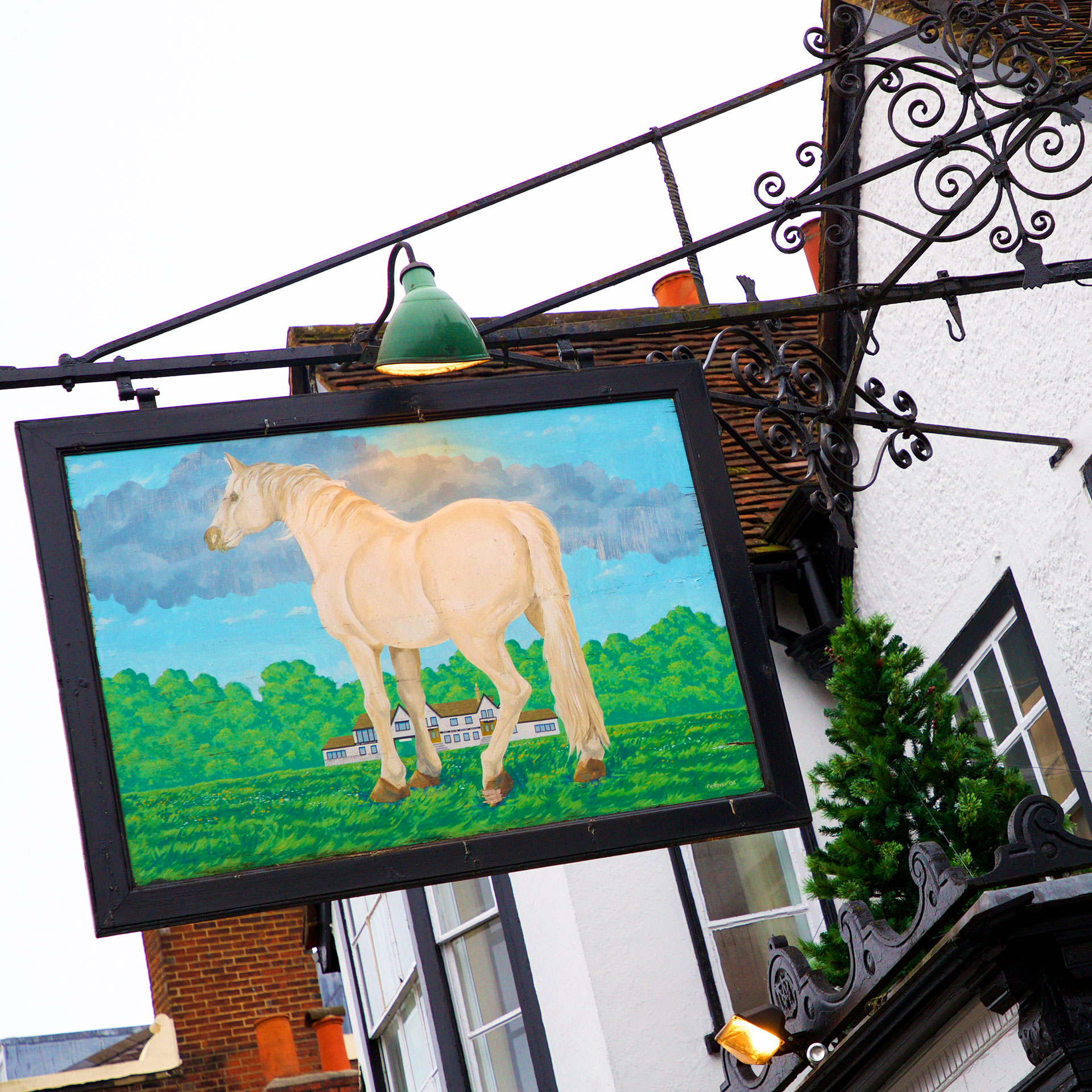 Dorking
A Victorian-era coaching inn where Charles Dickens wrote part of The Pickwick Papers, the White Horse has had £4 million spent on its refurbishment, and its owners have decorated the rooms in a style that’s colourful, eclectic and luxurious, in a homespun sort of way. Duck down duvets and Green & Spring bath products provide a touch of extravagance. 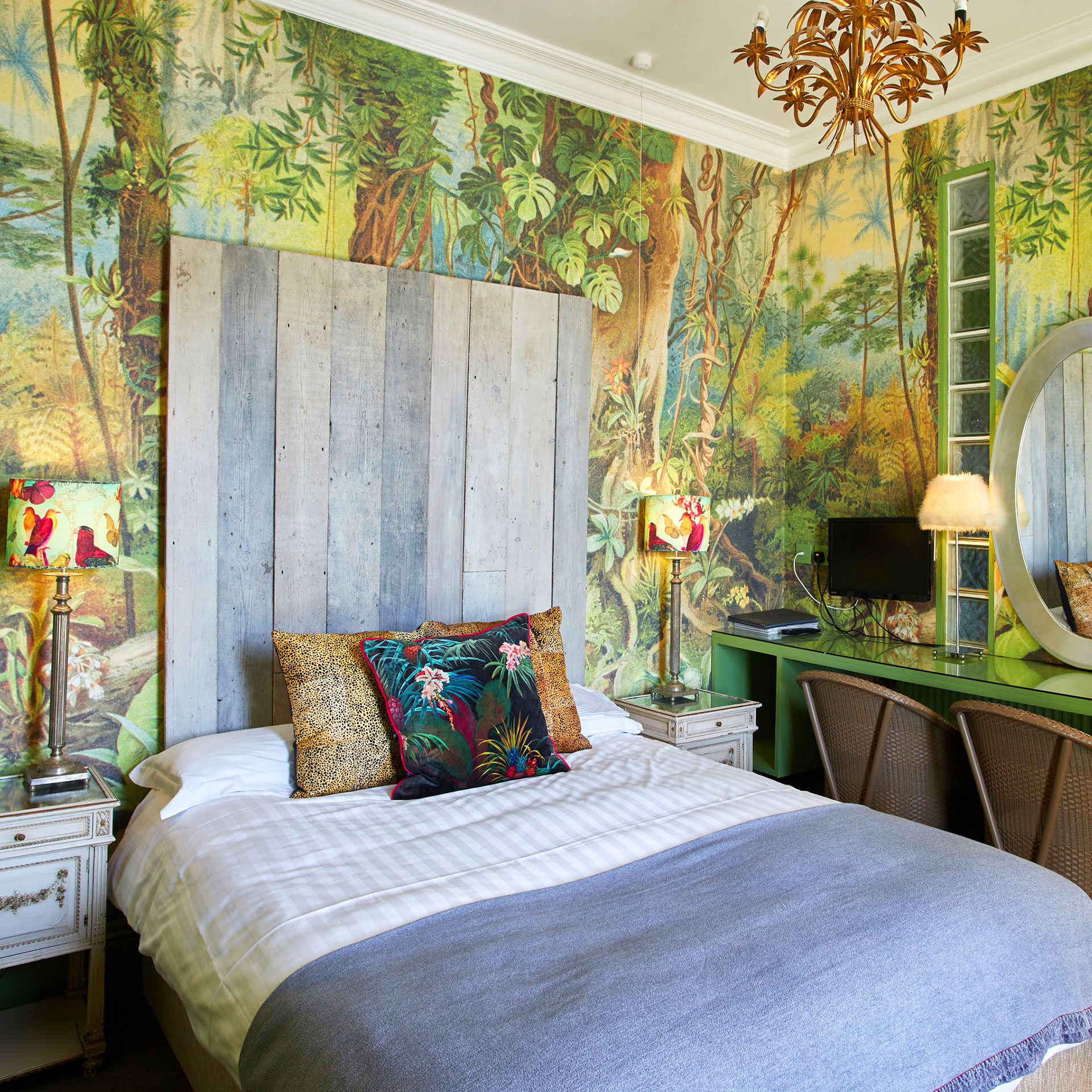 Swaffham
The Norfolk market town of Swaffham is home to Strattons Hotel, an unusual Palladian/Victorian hybrid of a house that’s been transformed into the region’s only proper luxury boutique hotel. This means 14 unique rooms and suites, each one full of eclectic character as well as upscale comforts. Rooms in the old house are naturally more historical in style than the more contemporary outbuildings, but neither is objectively superior. 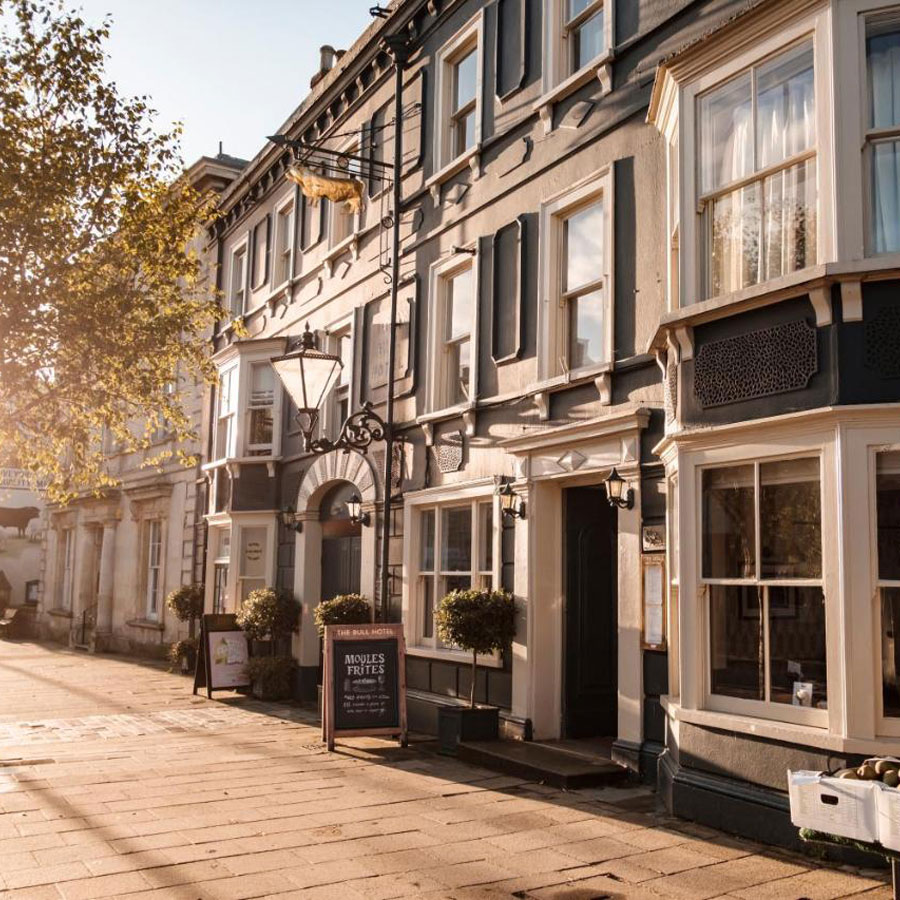 Bridport
The West Dorset market town of Bridport is home to this very fine boutique hotel, which occupies an old coaching inn that can trace its roots back to 1535. The look is historically inspired but quite contemporary, with eclectic influences and a collection of one-of-a-kind furnishings; in-room comforts include smart TVs, Nespresso machines and, in some cases, roll-top bathtubs. 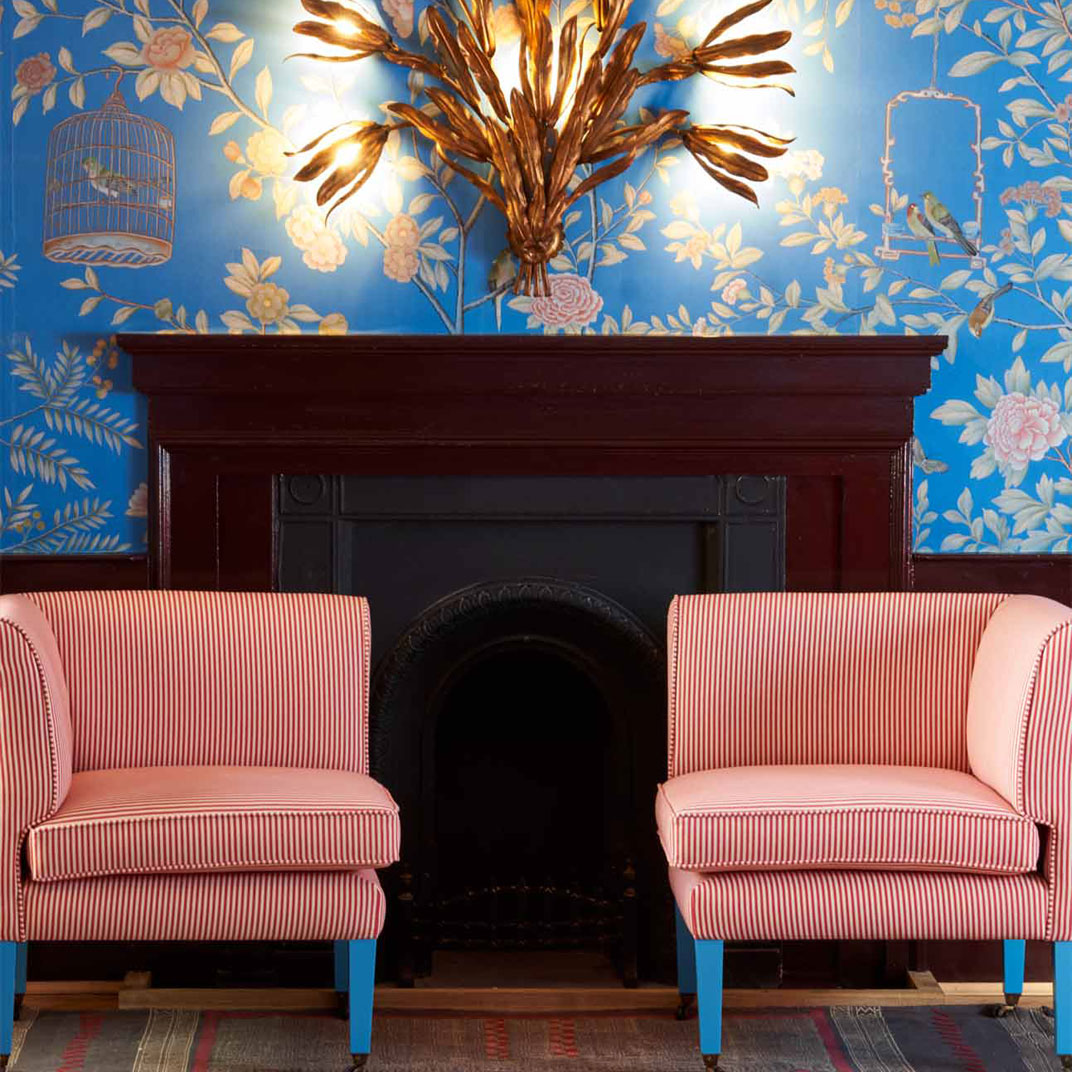 Kingston upon Thames
Hampton Court, residence of Henry VIII, is one of England’s best-preserved palaces, and the adjacent Mitre Hotel was originally built by Charles II to handle surplus guests at his court. The current structure, rebuilt in the 18th century, makes much of cheerful, maximalist interiors by Nicola Harding. Each of its 36 rooms differs in layout and in design, though all are faultlessly comfortable. 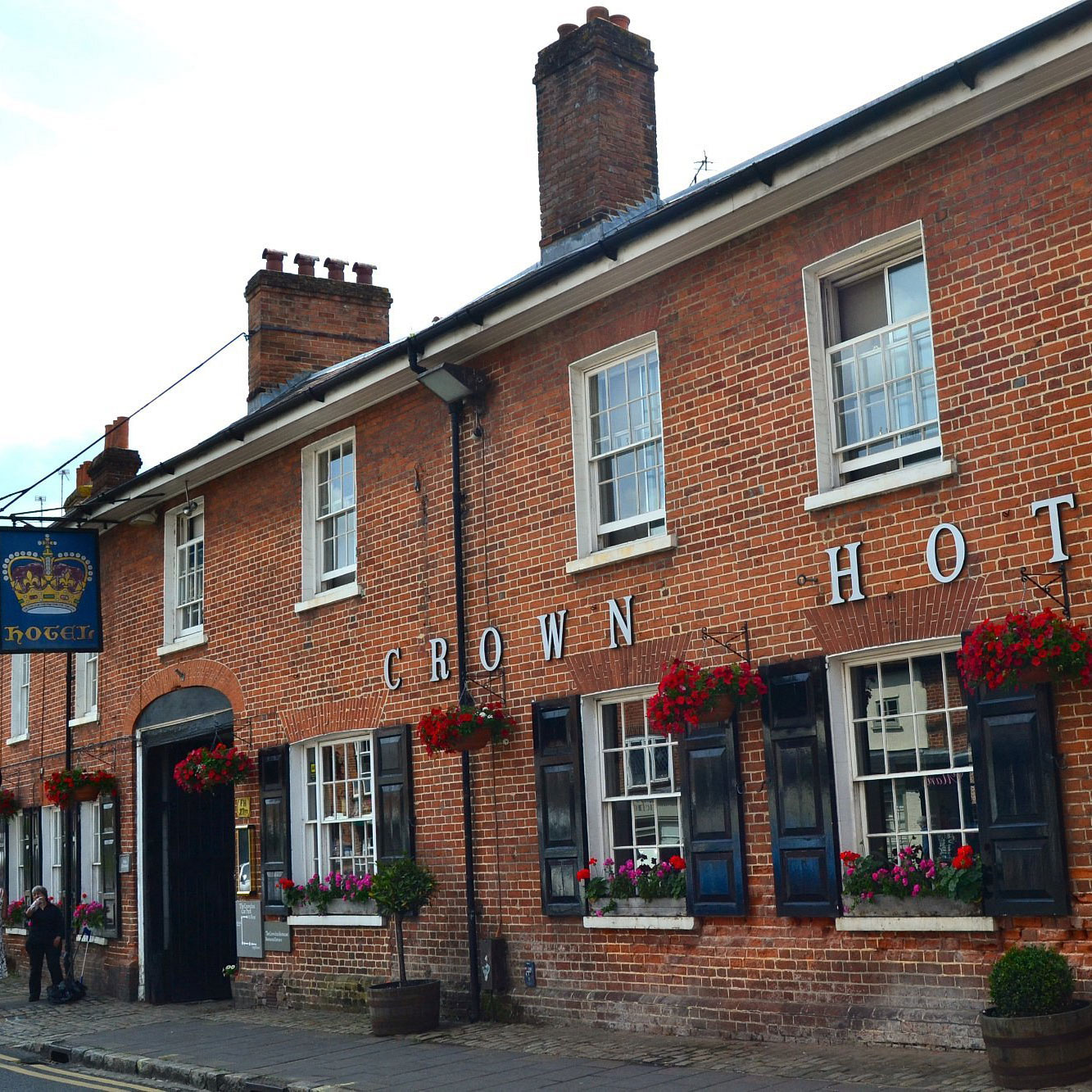 Amersham
Because you haven’t always got time to nip off to the Lake District, or Scotland, or Spain, it’s good to know you’ve got options just outside the M25. The Crown in Amersham is a perfectly judged mix of coaching-inn tradition and low-key, unpretentious contemporary style, and is perhaps best known for its cameo in Four Weddings and a Funeral. 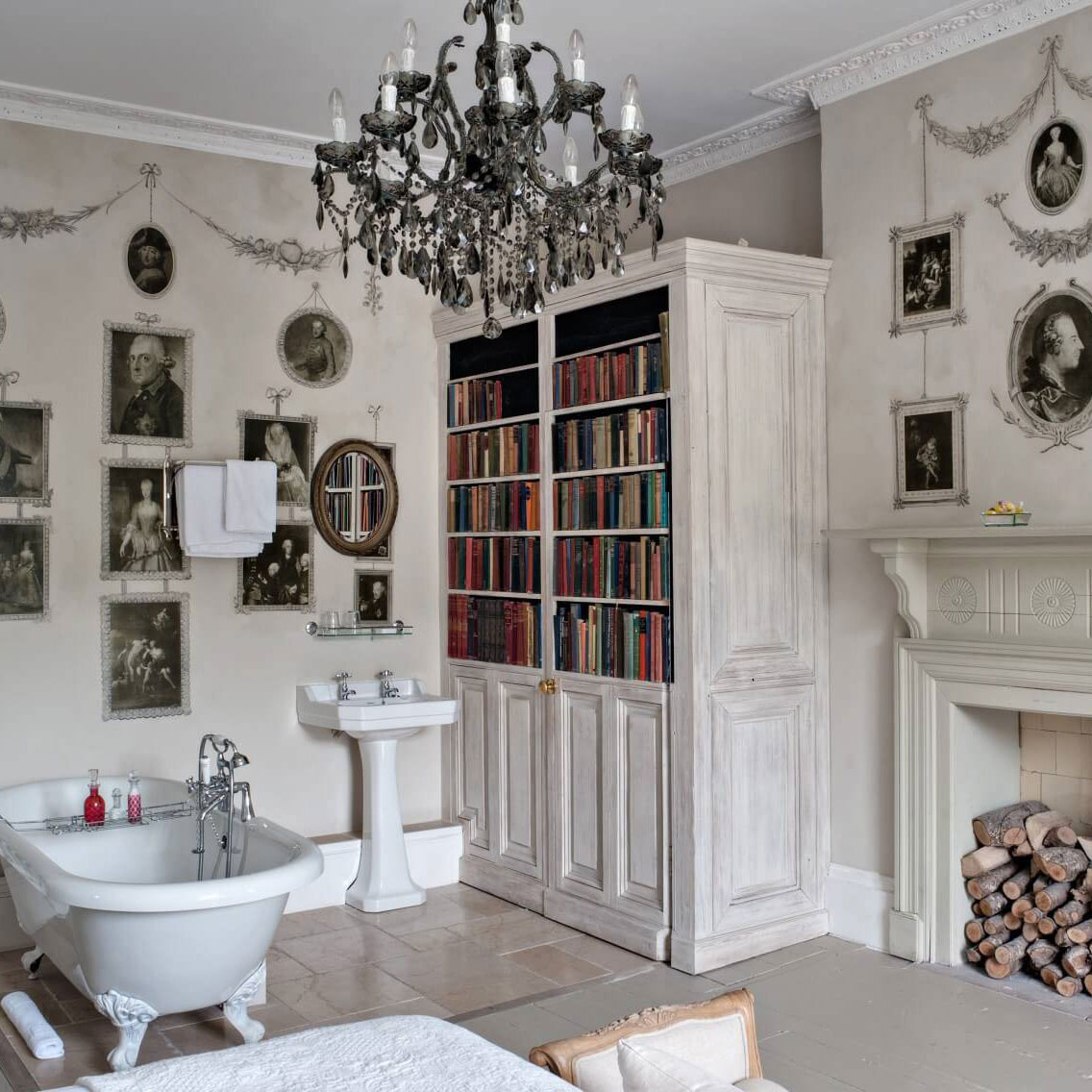 Hastings
The seaside town of Hastings sees enough traffic to support some biggish hotels, but none are as stylish as the Old Rectory, an eight-room bed and breakfast owned by a fashion designer whose fine taste is evident in every detail. Thanks to its small size (and its 10 years-and-up policy) it’s refreshingly quiet, and while every room is different, they’re connected by a unified aesthetic that combines period atmosphere and contemporary visual impact. 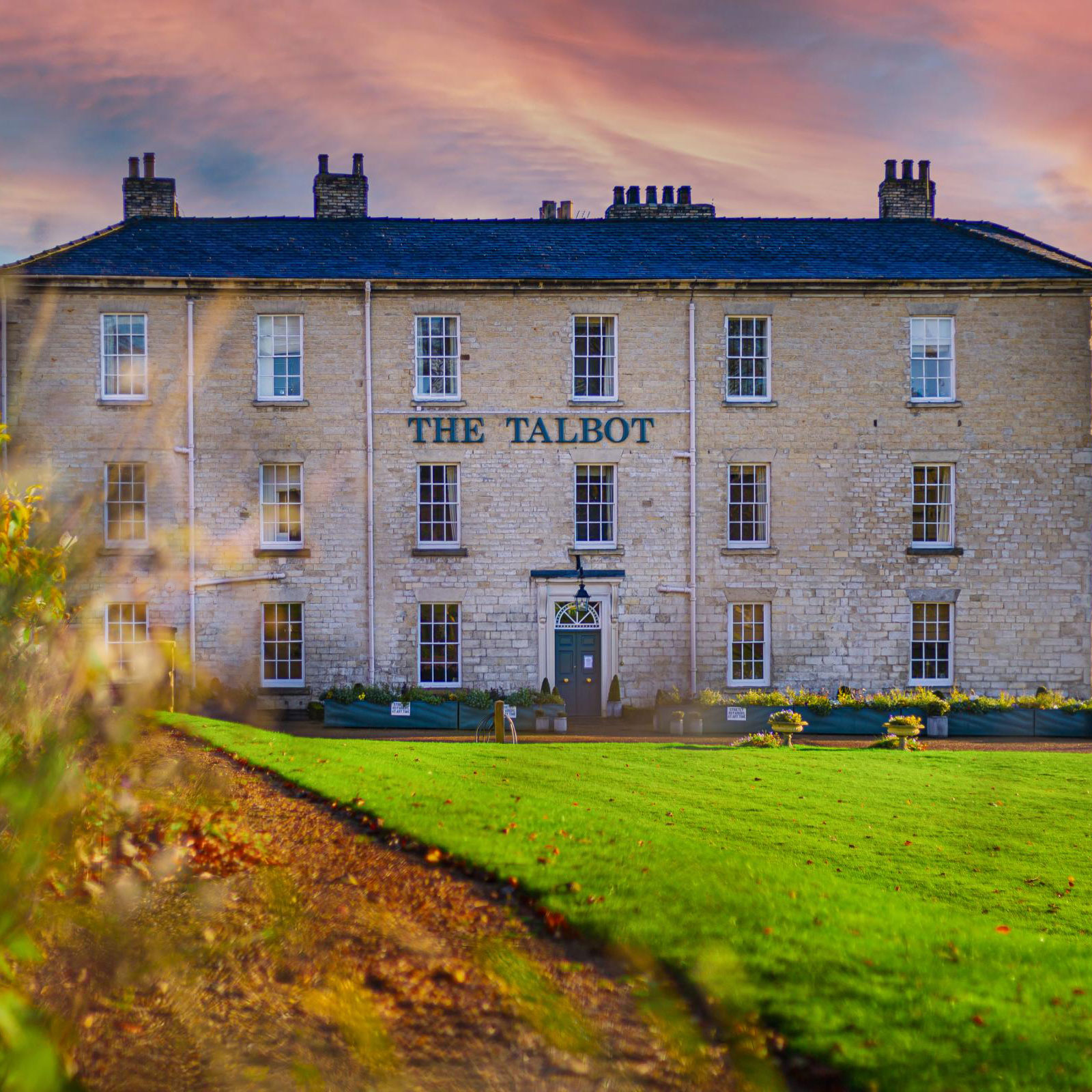 Malton
This 17th-century former coaching inn in the North Yorkshire market town of Malton is now a classic-meets-modern, boutique-inspired hotel. The Talbot doesn’t stray too far from its historical roots, but has updated its interiors with bold, bright colours and one-off vintage pieces, and updated its comforts with the likes of Nespresso machines and Roberts radios.