As the co-founder behind some of Hong Kong’s much-loved F&B concepts, including new recipient of one MICHELIN star Yardbird HK, izakaya-style dining bar RŌNIN, independent Japanese beverage company Sunday’s Spirits (born from Sunday’s Grocery), and ROTI TORI at BaseHall, Lindsay Jang is arguably one of the city’s most influential restaurateurs.

Born and raised in Alberta, Canada, Jang essentially grew up in her parents’ Chinese restaurant, which they bought in 1984 after winning a lottery. “It was very much a family business,” says Jang. “My mom and dad were sort of building this community. I mean no one used the word ‘community’ in the 80s. But it was so obvious that what they did has bled into how I look at my business also.”

“Like having good camaraderie with your staff and treating everyone like family, I think that has really shone through over the last ten years,” Jang says of Yardbird HK. 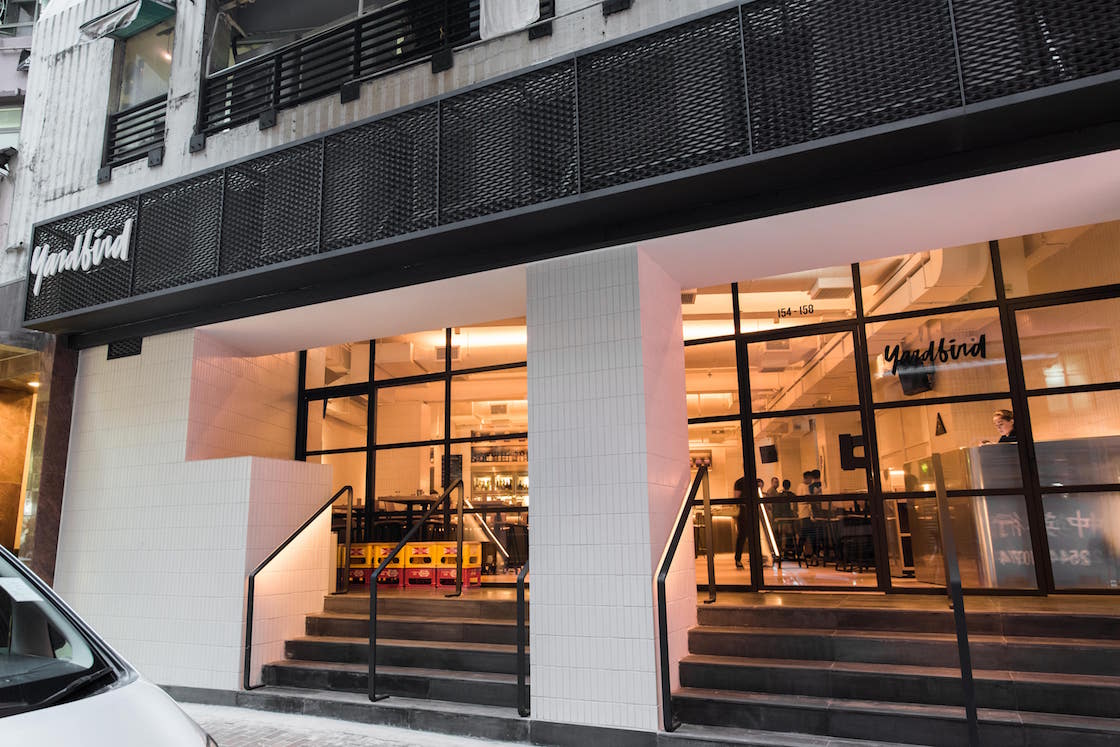 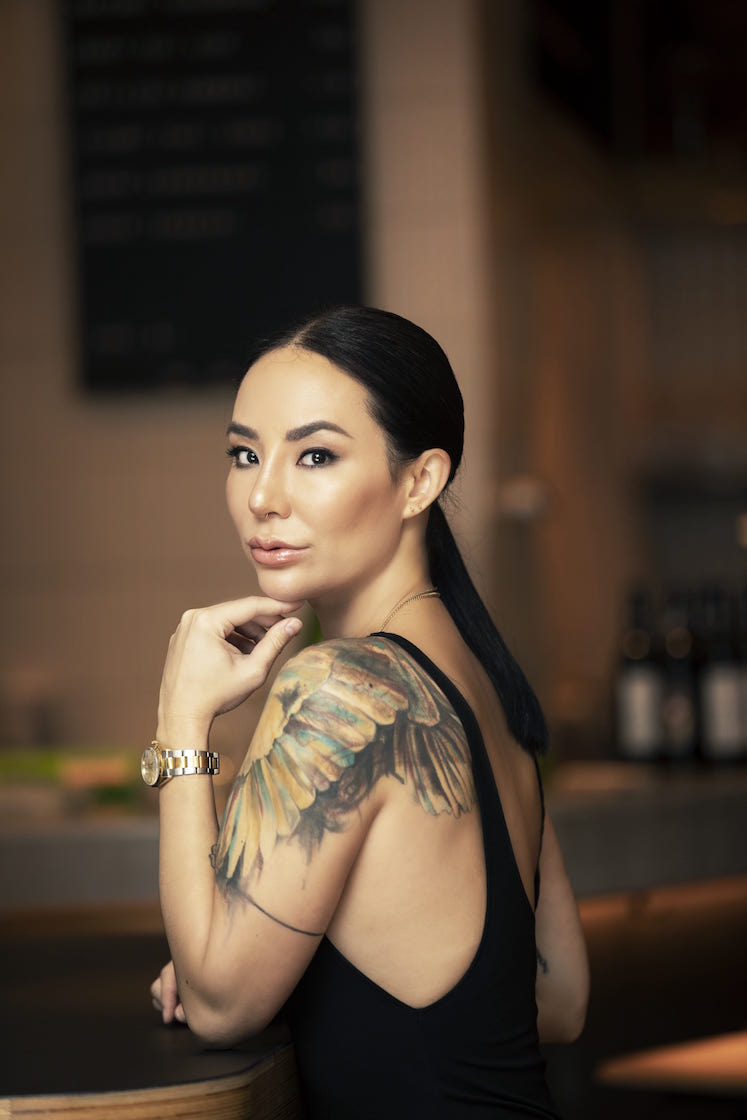 Having always been drawn to a specific type of restaurant that brings people together, she finds izakaya the perfect representation of what she wants in a restaurant. It also brings back memories of New York, when Jang and her partner Matt Abergel (co-owner and head chef of Yardbird HK), who were both working at Japanese fine dining restaurants at the time, would go for yakitori every Sunday.

“It was the type of cuisine we really enjoyed, not only eating, but hanging out and bringing our friends to. There's such a casual nature to it,” says Jang.

Opened in 2011, Yardbird HK is everything you’d expect from the duo: hip, fun and family-style. Yakitori is the focus here, with a menu featuring 20-plus types of skewers made with local ‘three-yellow’ chicken from beak to tail, grilled over binchotan charcoal.

On Yardbird HK receiving its first MICHELIN star, Jang says, “We’re extremely grateful because it couldn't have come at a better time for business. 10 years ago, the food, the drinks, and the service were the same as they are now. I think it takes a lot of work to not let things just fall through the cracks and be complacent about it.”

When she’s not deciding between pizza and Mexican food, Jang shares her favourite picks among our MICHELIN-recommended restaurants. 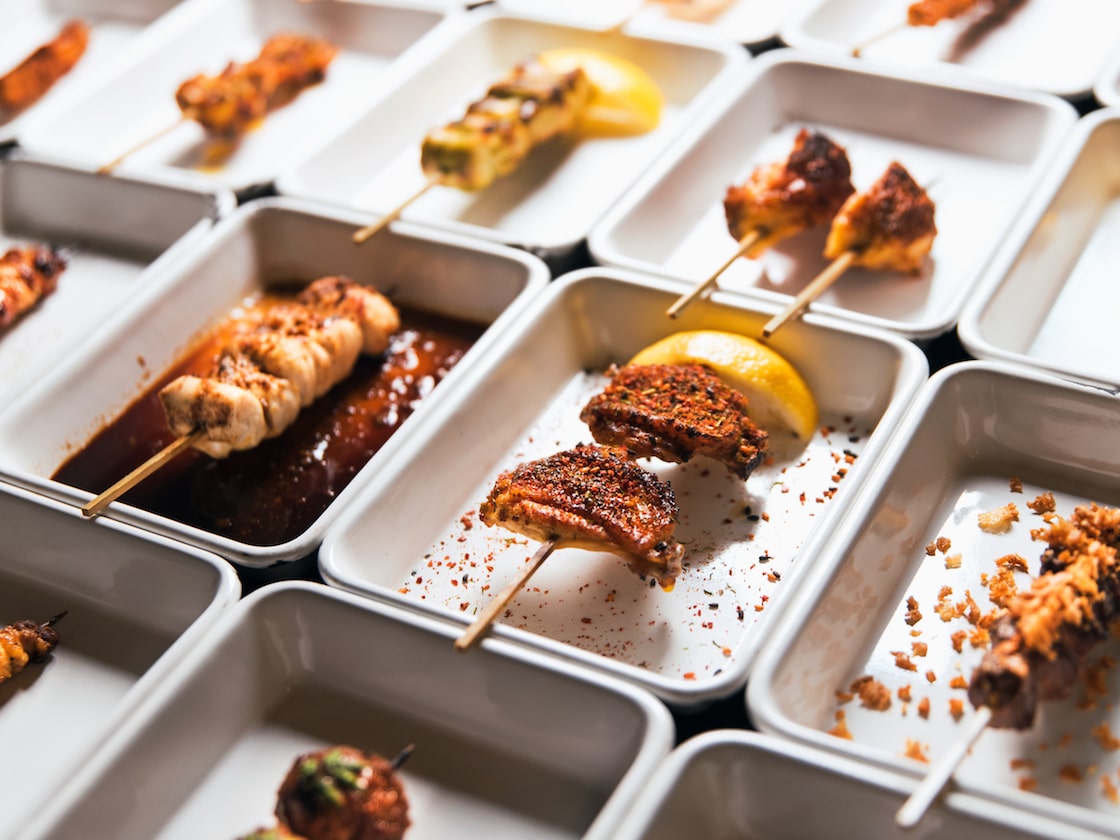 When I have friends visiting Hong Kong, I will definitely take them to Megan’s Kitchen. I remember someone took me to hotpot when I first arrived in Hong Kong and I’d never had Cantonese-style hotpot in my life. I love making the sauce and the communal act. Megan's Kitchen is great because I like their dumplings, especially the Peking duck dumplings. Everything they make is high quality. I introduced hotpot to Philip Rosenthal who was shooting the first season of his cooking show “I'll Have What Phil's Having” in Hong Kong. During that time, Yardbird HK was on their list, so they came to Yardbird HK and we hit it off so well that he wanted to have another meal. So I took him to Megan's Kitchen, it was just awesome because obviously he'd never experienced that either. And since then, the restaurant saw a lot of Phil's fans coming to visit because of that show.

For special occasions, I often celebrate at 8 1/2 Otto e Mezzo - Bombana. I mean it just doesn't get better. Everything is so wonderfully executed. Chef Bombana is so sweet and their cocktail program is amazing. Every bite is perfect and their table side service is not showy. It's there for a reason, not just to light something on fire. The experience is very subtle and luxurious. It's definitely a treat.

For a romantic date night, I like The Swiss Chalet. I'm a huge cheese person. I grew up having fondue all the time because my mom just had a fondue pot and you could go to Safeway and buy the cheese. So that brings me childhood memories. My boyfriend took me to The Swiss Chalet as a surprise. The restaurant has been there forever and it’s very cute. For most people, it’s definitely off the beaten path, but if you’re looking for a true Swiss experience, it’s worth a visit.

Whenever I feel like having a simple meal, I will go to Din Tai Fung. You know what you’re going to get and the food is always fresh. I order the traditional soup dumplings and the ones with black truffle and crab roe. My son loves the spring rolls because the wrappers are thin. I find that if you can’t think of anywhere to go, it usually checks all the boxes. 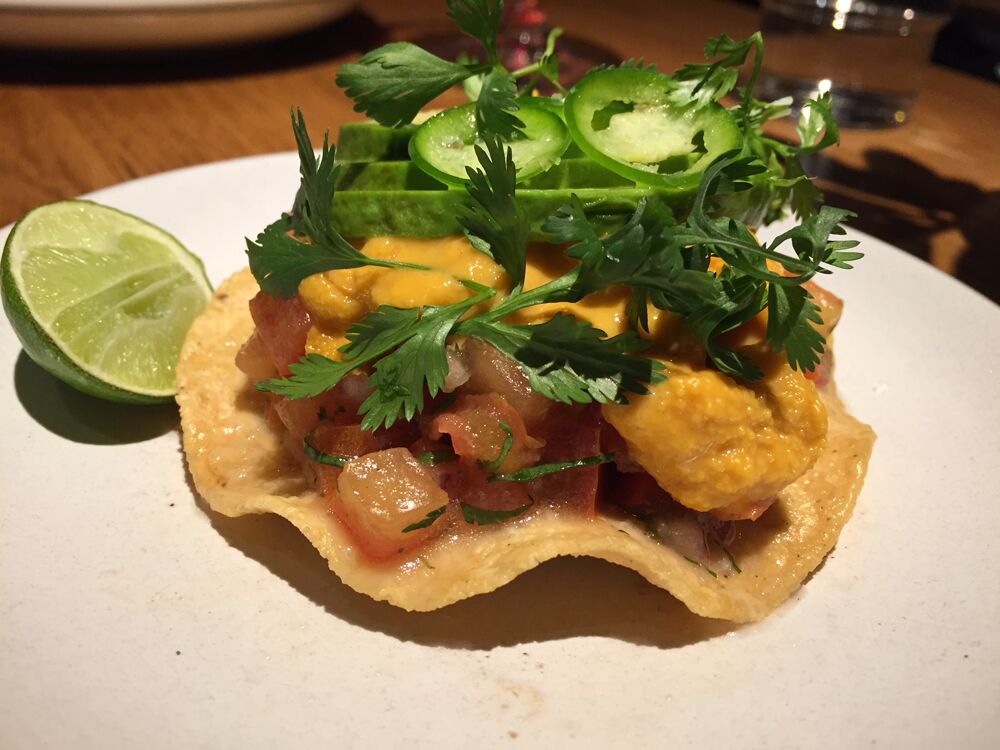 Cosme serves contemporary cuisine inspired by and rooted in Mexican flavours and traditions. (Photo: Cosme)
I had one of my most memorable meals at Cosme in New York. I ate at Enrique Olvera’s first restaurant in Mexico City called Pujol. A few years ago, he partnered up with Daniela Soto-Innes and opened Cosme in New York. And it's just amazing. Like true, true Mexican food—there's nothing remotely Tex-Mex about it. The mole is like 2000 days old, and every tortilla is handmade. It's phenomenal.

A restaurant that I keep returning to is Pang’s Kitchen. I went to Pang's kitchen with my team once because one of my team members chose it. I didn't really know what it was. When we sat down, it reminded me of my parents’ family restaurant. So sometimes we're in Happy Valley and we're like, let's just eat here. This comes back to what we've been talking about—consistency. It’s delicious, and you know what you're going to get.

A restaurant that more people should know about is Hansik Goo. Hansik Goo was opened by Mingoo Kang, the same chef that owns Mingles in Seoul. I used to go to Seoul maybe once every two or three months. Mingles obviously is like super fine dining. But Hansik Goo is more casual, while the food is still phenomenal and just as elevated. So you could eat there all the time and every single thing I ate there blew my mind.

When we can travel again, the first restaurant that I would like to go back to is Felix Trattoria. A friend of mine Evan Funke is the chef. It's famous, his focaccia bread is like a pillow of dreams. He makes all the pasta by hand. There's this window and you can watch him make the pasta.

I often order food from Yardbird HK when I cannot dine out due to the COVID-19 pandemic. Of course, Yardbird HK’s food is not meant to be taken out. It’s supposed to be hot off the grill, onto your plate, into your mouth. But we’ve got these insulated bags that work quite well. I order the salads, the sandwiches or fried chicken which obviously carries very well. The meatballs are pretty good, too.

One Harbour Road is my family’s go-to place for dim sum and Cantonese food. My friend is the food and beverage director of the Grand Hyatt so I love to go and support. Of course the view is incredible. Both the chef and the manager have been there for 25 years. The service is impeccable and you don't get that dim sum stomach after because it's not greasy. And they have private rooms, which most Chinese restaurants do but theirs don’t feel banquety. They still feel very bespoke and intimate.