Rice Dumpling, or, “joong” in Cantonese and “zongzi” in Mandarin, is a traditional Chinese rice dish made of glutinous rice stuffed with different fillings and wrapped bamboo leaves. Traditionally, rice dumplings are enjoyed during the Dragon Boat Festival, which falls on the 5th day of the 5th month of the Chinese lunar calendar. Depending on the region, rice dumplings can come in various shapes, ingredients and flavours.

Northern-style rice dumplings tend to be sweet and dessert-like, while southern-style rice dumplings, like the ones commonly found in Hong Kong, are known for their savory taste. While modern versions that include a luxurious upgrade with premium ingredients and creative shapes have emerged in recent years, traditional recipes are still loved by locals all over the city.

“Rice dumplings from each region have their own unique characteristics. Some are sweet and cylindrical, and some are savoury and pyramid-shaped. Regardless of traditional or innovative, what matters the most are the taste, nutritional value and quality of the ingredients,” says chef Li Chi Wai of MICHELIN Plate Cantonese restaurant The Legacy House.

Whether you prefer your rice dumpling sweet or savoury, knowing your way around the different types of rice dumplings can make you feel like a true local. For example, do you know how to distinguish a Guo Zheng Zong (裹蒸糉) from a Xian Rou Zong (鹹肉糉)? And what makes a good lye water rice dumpling (碱水粽)?


If you’re unsure how to answer these questions, fret not—we’re here to help. But first, let's take a look at the legends behind the Dragon Boat Festival. 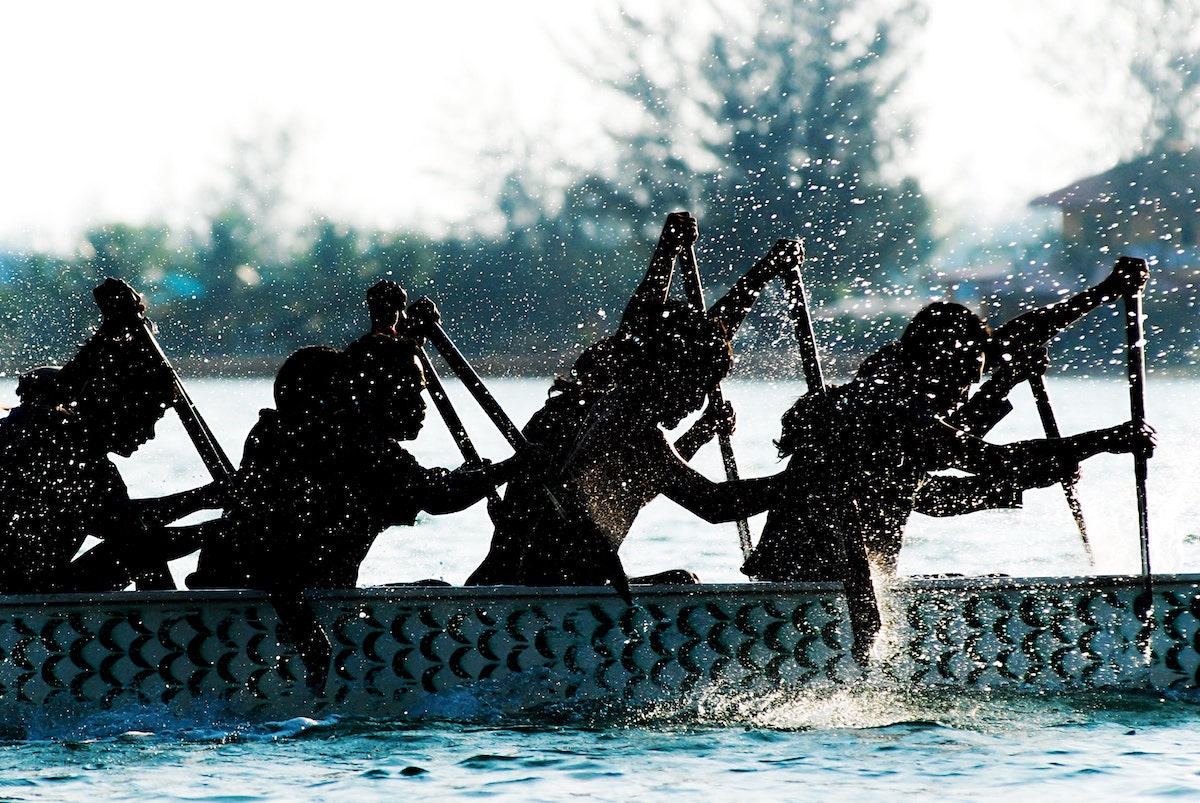 The story of how the Dragon Boat Festival ("Tuen Ng" in Cantonese) and the customs of eating rice dumplings came about can be traced back to as far as 278BC.

Legend has it that patriotic poet Qu Yuan from the Kingdom of Chu, who also served as a minister to the emperor, was exiled for opposing the alliance of a much bigger kingdom called Qin. When Qu found out that Chu was overthrown by Qin, and the emperor was captured and eventually died in a foreign land, his grief was so profound that he committed suicide by drowning himself in the Miluo River on the 5th of May.

Moved by Qu’s integrity and patriotism, the locals would race out in their boats to look for his body, and drop sticky rice balls into the river so the fish would not feed on his body. To honour Qu Yan, the 5th day of the 5th month of the Chinese calendar was marked as the Dragon Boat Festival thereafter, where eating rice dumplings and watching dragon boat races became the customs on this day. 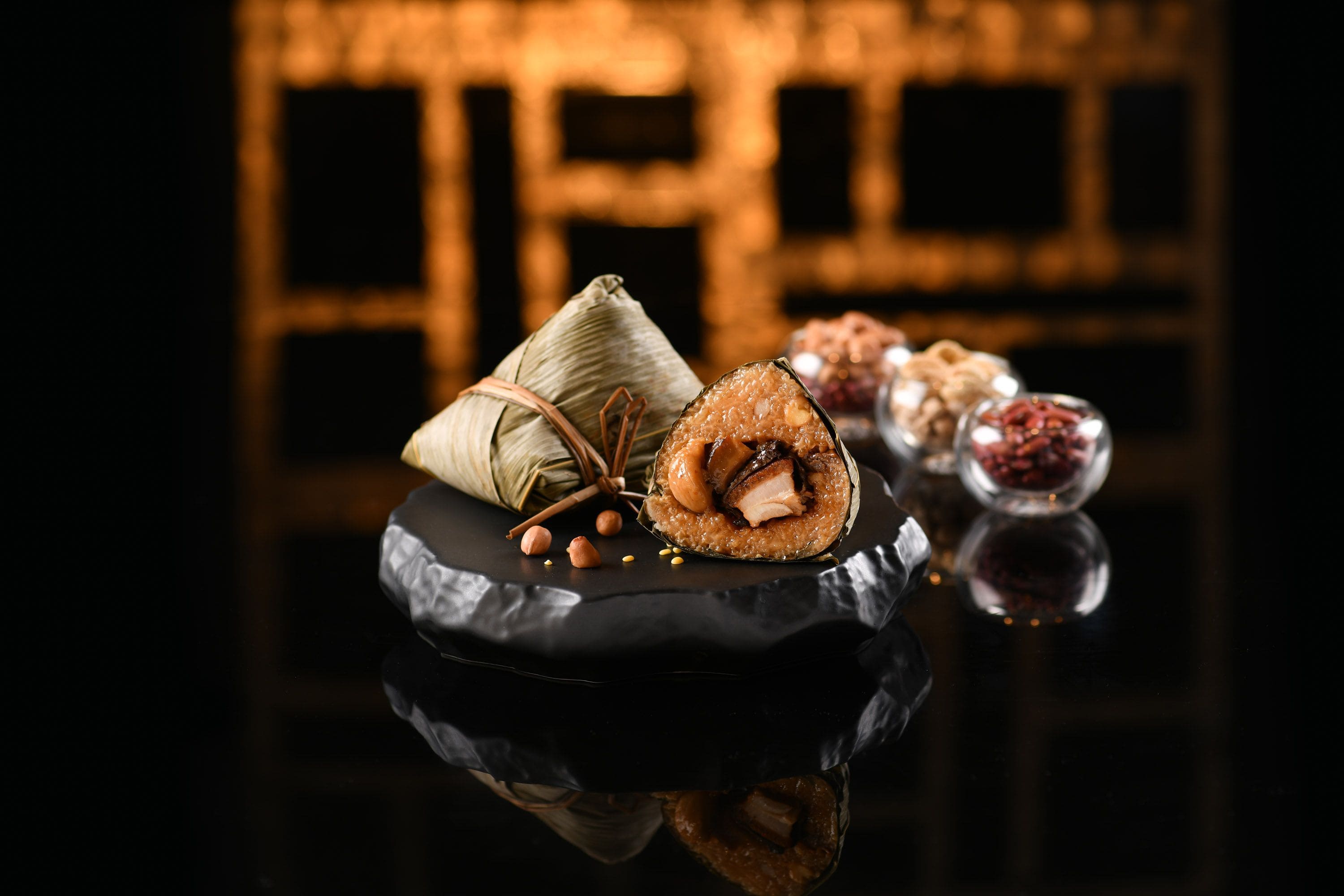 When it comes to Cantoese savoury rice dumplings, the most popular types are Guo Zheng Zong (裹蒸糉) and Xian Rou Zong (鹹肉糉). You may have heard of both names, but do you know what the differences are between them?

To start with, Xian Rou Zong, also known as traditional Cantonese rice dumpling, is wrapped with only bamboo leaves. Guo Zheng Zong, on the other hand, is wrapped with bamboo and lotus leaves. This also affects the shape of the rice dumplings: Guo Zheng Zong is noticeably bigger in size, with the shape of a parcel, while Xian Rou Zong is smaller and shaped like a pyramid.

Chef Li of The Legacy House also favours Guo Zheng Zong: “The long cooking process of Guo Zheng Zong allows the glutinous rice to absorb the aroma of the bamboo and lotus leaves, as well as the fat from the pork belly and the umami flavour of dried conpoy. When the rice dumpling is well cooked, the pork belly should be fork-tender, the fat will melt in your mouth, and the fragrance of the mushroom and chestnut will leave a lingering aftertaste.”

Having travelled around China to try different types of rice dumplings, The Legacy House’s chef Li has seen a myriad rice dumpling varieties. “For example, Shaanxi’s rice dumpling is served cold and enjoyed with honey, while the Sichuan rice dumpling consists of Sichuan pepper and salt. There, people grill the rice dumpling on a mesh with charcoal after steaming it, so it tastes crispy on the outside and soft on the inside,” Li recounts. “But at the end of the day, I think Cantonese glutinous rice dumplings are still the best and cater to the taste of Hong Kong people.”

READ MORE: Restaurant Secrets: How To Get The Most Out Of Your Hairy Crab 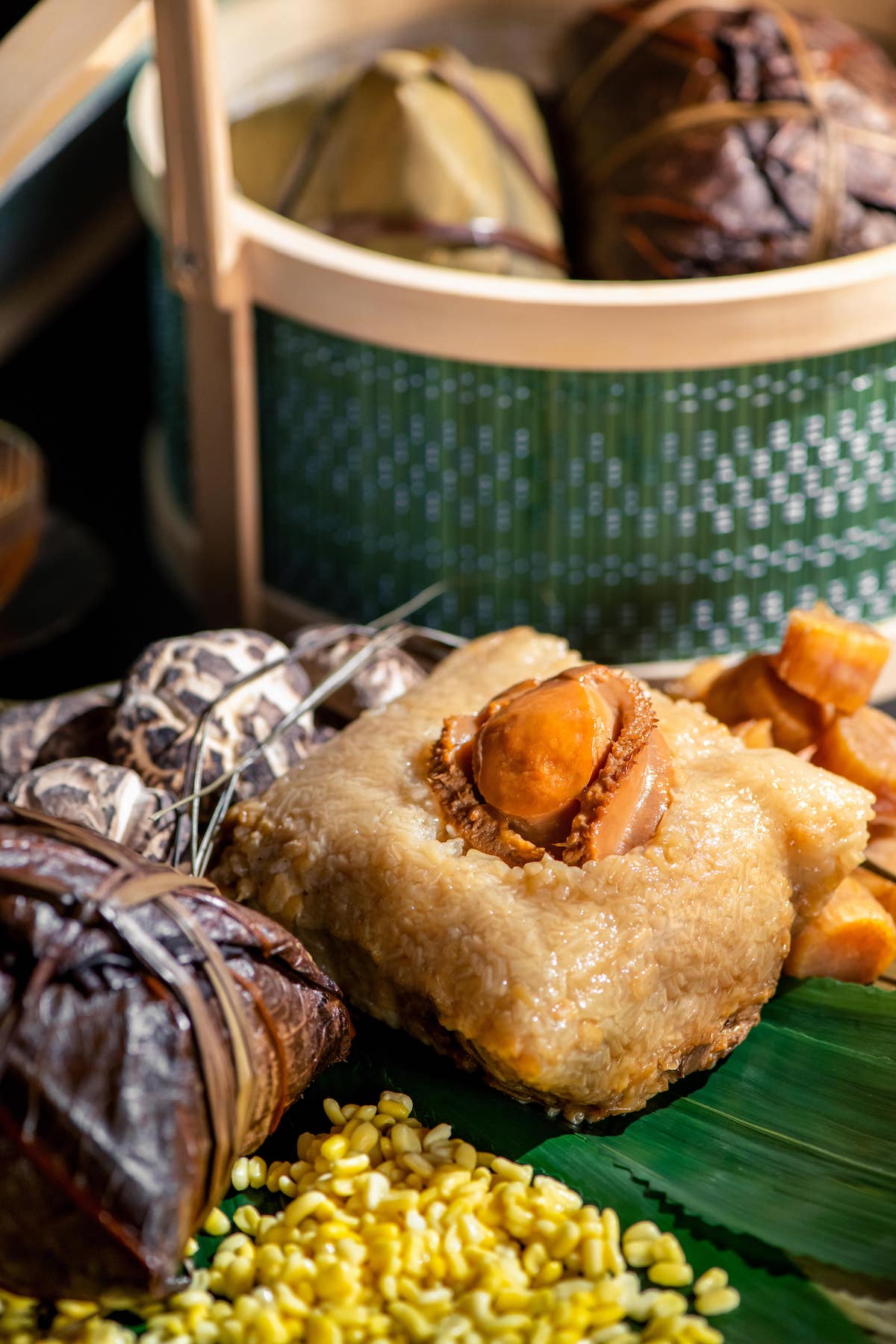 Aside from the usual shiitake mushroom, Li has chosen porcini and chanterelle mushroom for their nutritional value. The latter, in particular, is rich in vitamin C and is said to help reduce bloating and protect our liver and stomach. Compared to other mushrooms, porcini has a unique aroma that stays even after cooking, which also helps balance out the glutinous rice and abalone which can be very filling.

Over at Ming Court, chef Li has replaced pork belly, a staple ingredient in Cantonese rice dumplings, with roasted duck meat and Jinhua ham. “While the pork belly fat can enhance the aroma and juiciness of the rice dumpling, it is considered an unhealthy option for some people. To balance the fat-to-lean meat ratio without compromising the flavours, we have chosen roasted duck meat and Jinhua ham as a replacement. The result is just as aromatic and flavourful.”

Championing healthy alternatives, Ming Court has also rolled out an Eight Treasures Vegetarian Glutinous Rice Dumpling this year, highlighting plant-based ingredients such as morel, porcini and “veggie roasted pork”. “We have been actively promoting vegetarian and sustainable dining concepts for years. With the vegetarian rice dumpling, we hope all our guests, regardless of vegetarian or not, can enjoy the festive treat this time of year,” says Li.

READ MORE: Ask A Sommelier: How To Pick The Perfect Wine For A Cantonese Meal 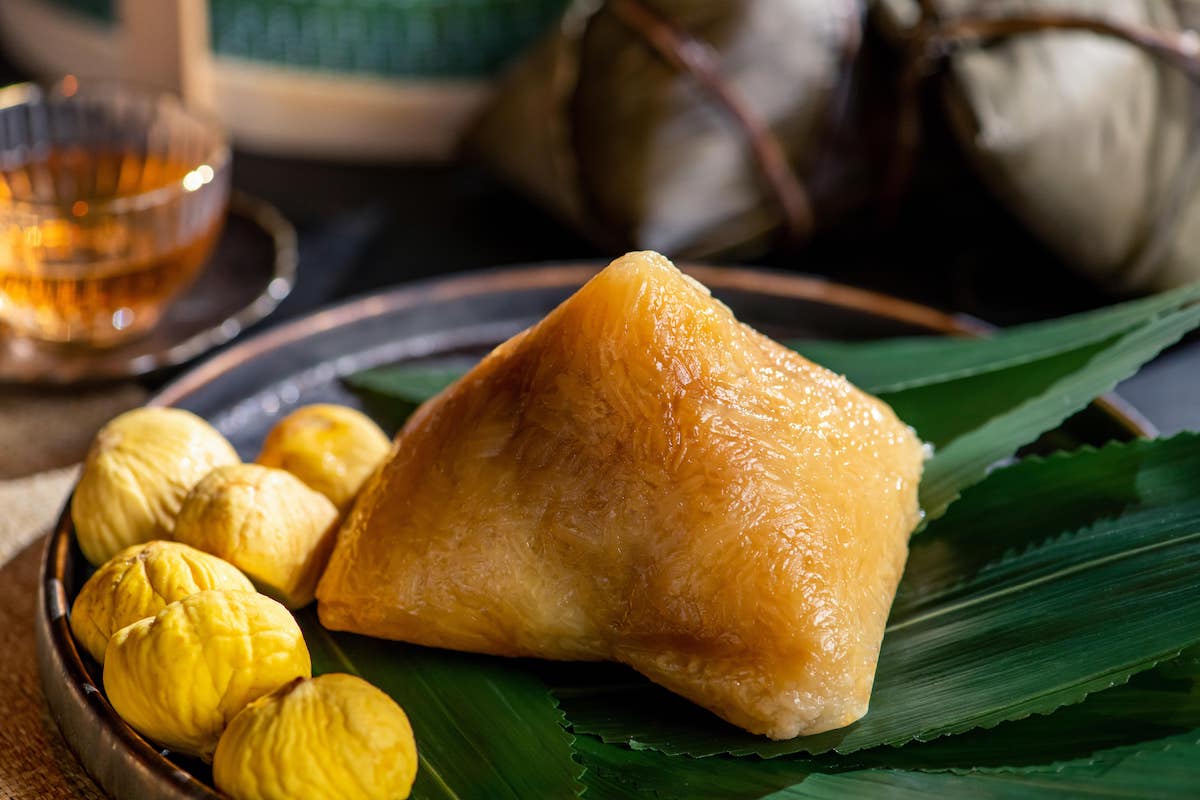 Best enjoyed plain or with a sweet paste filling, the lye water rice dumpling is often served with white sugar or palm sugar syrup. Traditionally, the red bean paste is considered as the filling of choice, but chef Li of The Legacy House has substituted it with whole chestnuts and a lotus seed paste. “Chestnuts can enhance the taste and texture of the rice dumpling while neutralising the bitterness of the alkaline water,” he says. “The Lotus seed paste is more fragrant and less sweet compared to the red bean paste. It’s a healthier alternative for our health-conscious guests.”

Where to find Cantonese glutinous rice dumplings all year round

READ MORE: Restaurant Secrets: How To Order Char Siu Like An Expert