A Foodie's Guide to Peruvian Chillies

South American nation Peru is rich in produce, including a wide array of chillies, which can be found in various shapes and colours! Let's get to know Peruvian chillies a little better.

Chillies were originally produced in the Central and Southern American regions, along with other farm produce such as potatoes and corn, and were subsequently introduced to the rest of the world during the Age of Exploration in the 15th Century by the Americas, then referred to as the "New World". In today's world, popular cuisines associated with spiciness include Sichuan cuisine, Thai cuisine, as well as Indian cuisine, but it's interesting to note that chillies didn't exist before the 15th Century.

Peru, being one of the original producers of chilli, preserved a wide variety of different chillies, many richly steeped in history. There are even species of chillies that have been used as far back as during the Incan times. Peru widely produces chillies, and Peruvians have created their own ways and secret recipes to preparing them as well. Because of the wide selection available, the chilli paste created by each family varies.

The collective name for Peruvian chillies is Ají, and they come in various shapes, sizes, colours and tastes. There is a wide range of species of Ají, which can be found in various vibrant colours, and they all taste numbingly spicy. You can either eat them fresh, cook and simmer them to get chilli juice, make chilli paste out of them, sun them to get dried chillies, or pound them into powder. One thing for sure: there is no end to the number of ways with which you can prepare them. 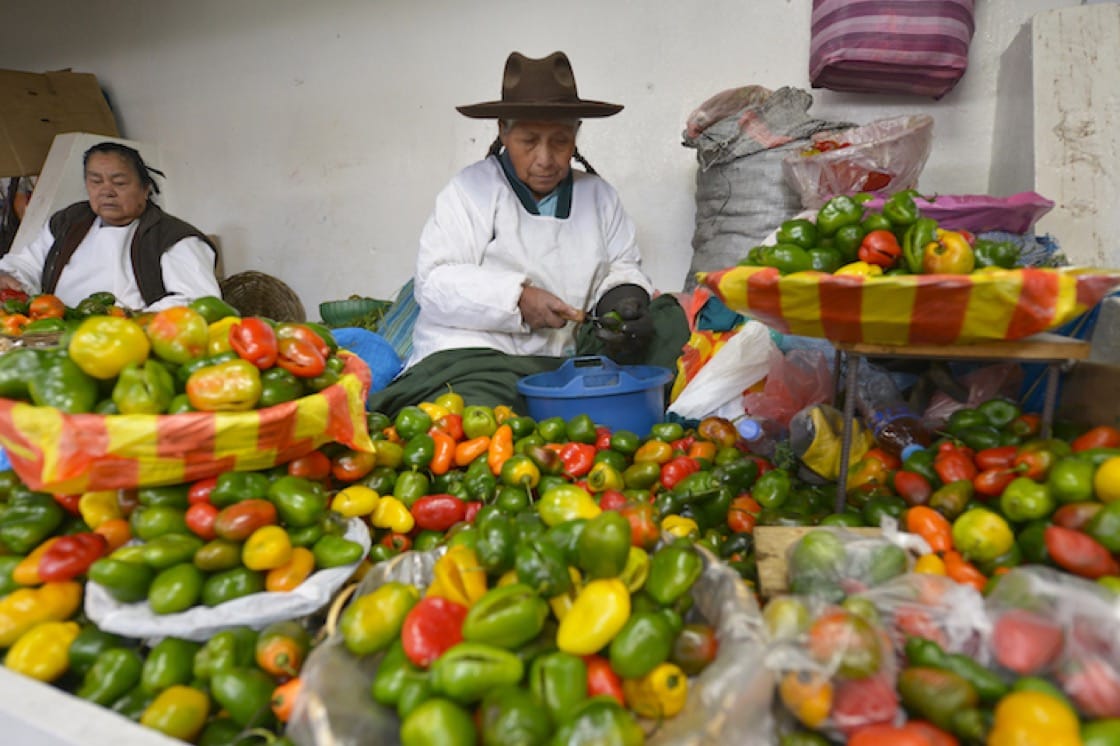 A market stall selling vibrant chillies in Peru.
Peruvian chilli is unique and can only be purchased domestically, which makes it a challenge for Peruvian chefs to replicate their dishes outside of their hometown. In recent times, a number of Peruvian chillies have now been made into chilli paste and exported. However, the export of such chilli pastes is only limited to the more commonly used chillies such as Ají Amarillo, Ají Panca and Ají Rocoto, whereas lesser-known Peruvian chillies can still only be tasted in Peru.

How many types of Peruvian chilli do you know of? Here is a guide to a few of them.
Advertisement
Advertisement 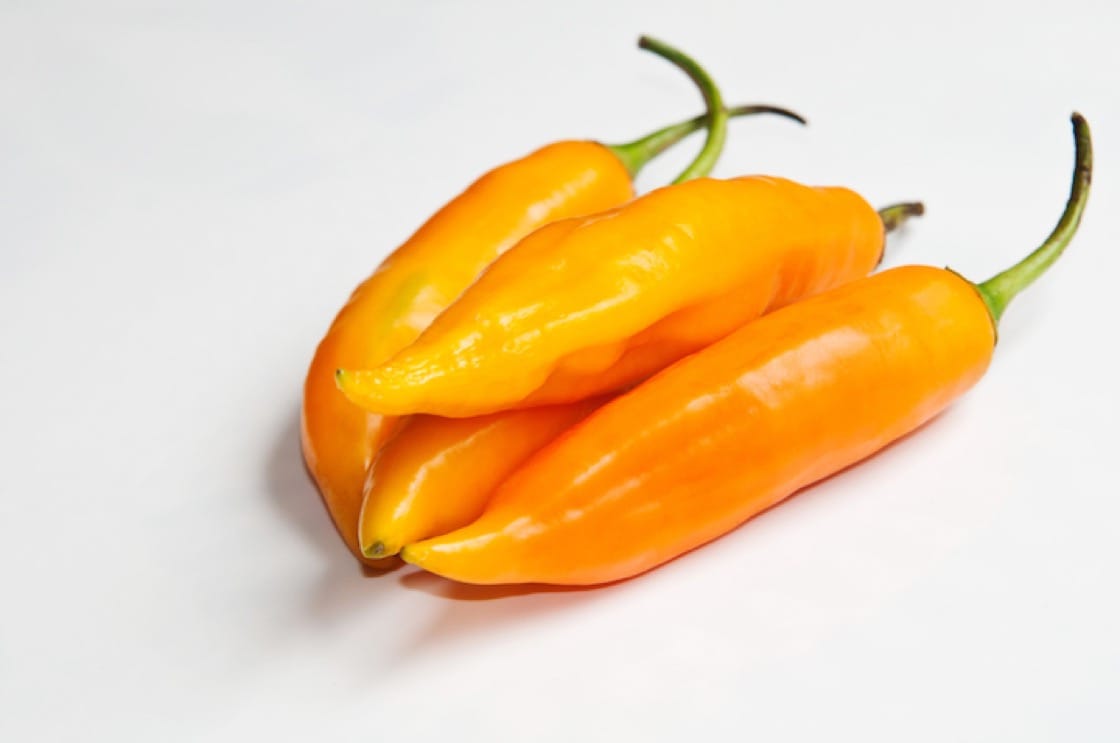 Ají Amarillo is the most popular and most commonly used chilli in Peru. The famous Peruvian dish ceviche uses it as one of its key ingredients. This yellow pepper is spicy yet refreshing, and stimulates one's appetite greatly when paired with green limes. The Ají Amarillo can also be spotted in other Peruvian dishes such as the Papa a la Huancaína (spicy cheese with potatoes) and Parihuela (seafood stew). 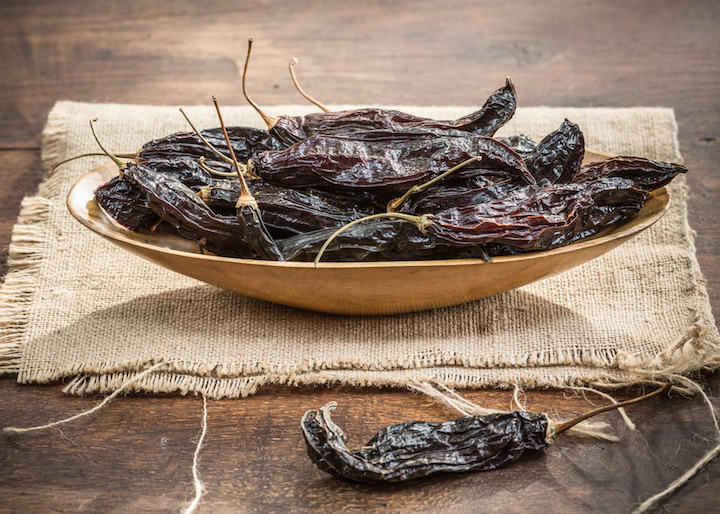 The dark purplish, almost black outward appearance of the Ají Panca makes it look very much like a brinjal. It doesn't taste particularly spicy, and has a silky and fruity touch to it. This type of chilli has a very rich history in Peru, and is as popular as the Ají Amarillo. It is especially suitable for use in creating chilli pastes, or for being added into stews, and tastes particularly well when paired with meats.
Charapita

Wild Charapita is produced in the Northern parts of Peru, and its appearance is likened to that of a berry. Despite its tiny appearance, the Charapita is just as spicy as most of its peers. The earliest Charapita was found growing in the forests of Iquitos, and is mostly wild and lesser in number compared to other chillies. As a result, it is one of the most expensive chillies in the world. Charapita tastes like fresh Habanero chilli and has a fruity flavour to it, making it suitable for being added in salads.

The Ají Rocoto grows along the Andes Mountains, and comes in both red and orange colours. The red variation looks like a tomato, and is about the size of a palm. Although it looks a little like a red capsicum, the Ají Rocoto is actually very spicy. It leaves a tingling sensation of the tongue after being eaten, and is the chilli used in the popular Peruvian dish Rocoto Relleno (beef chilli).

SEE ALSO: 5 Unique Filipino Ingredients and What They Taste Like 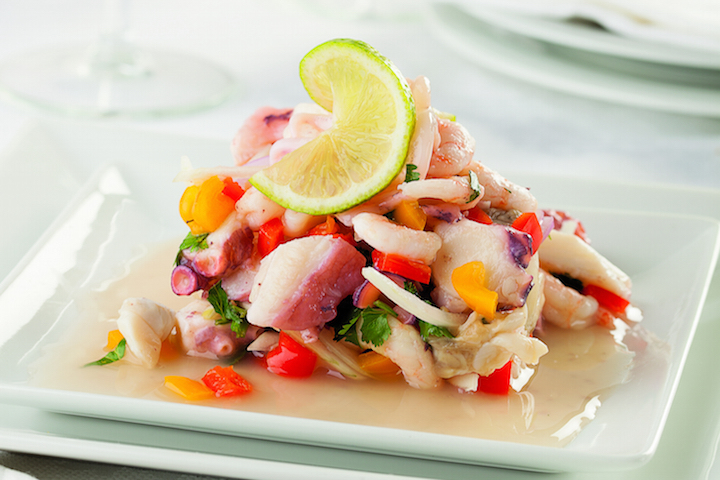 The Ají Arnaucho, as can be seen from its Chinese name, is a particularly colourful chilli. Its spectrum of colours range from red, green and purple, amongst many others. This type of chilli is grown in the Northern Peruvian Norte Chico region. In Peruvian cooking, fresh Ají Arnaucho is added to many dishes, and mostly paired with fish, meats and seafood.

The Ají Cerezo looks almost like a cherry. It is produced in the northern coast of Peru, and is slightly more climate-sensitive than others. The Ají Cerezo usually grows only under extremely hot and dry conditions. Although small in size, it is very spicy. It originates from the Lambayeque region, where it is commonly used in the preparation of dishes such as Tortilla de Raya (devil ray tortilla) and Arroz con Pato (chicken gaifan).
Recommended Reading: Click here for more ingredients-related stories.
This article was originally written by Tang Jie and translated by Foo Chay Yeow. Click here to view the original version of this story.
Advertisement
Advertisement