Despite the on-going challenges the F&B industry faces, it’s safe to say that more than a handful of chefs and restaurateurs behind MICHELIN establishments are forging ahead with new restaurant openings in 2022. The arrival of the new year brings the promise of new beginnings, and here are the ones we are most excited about. 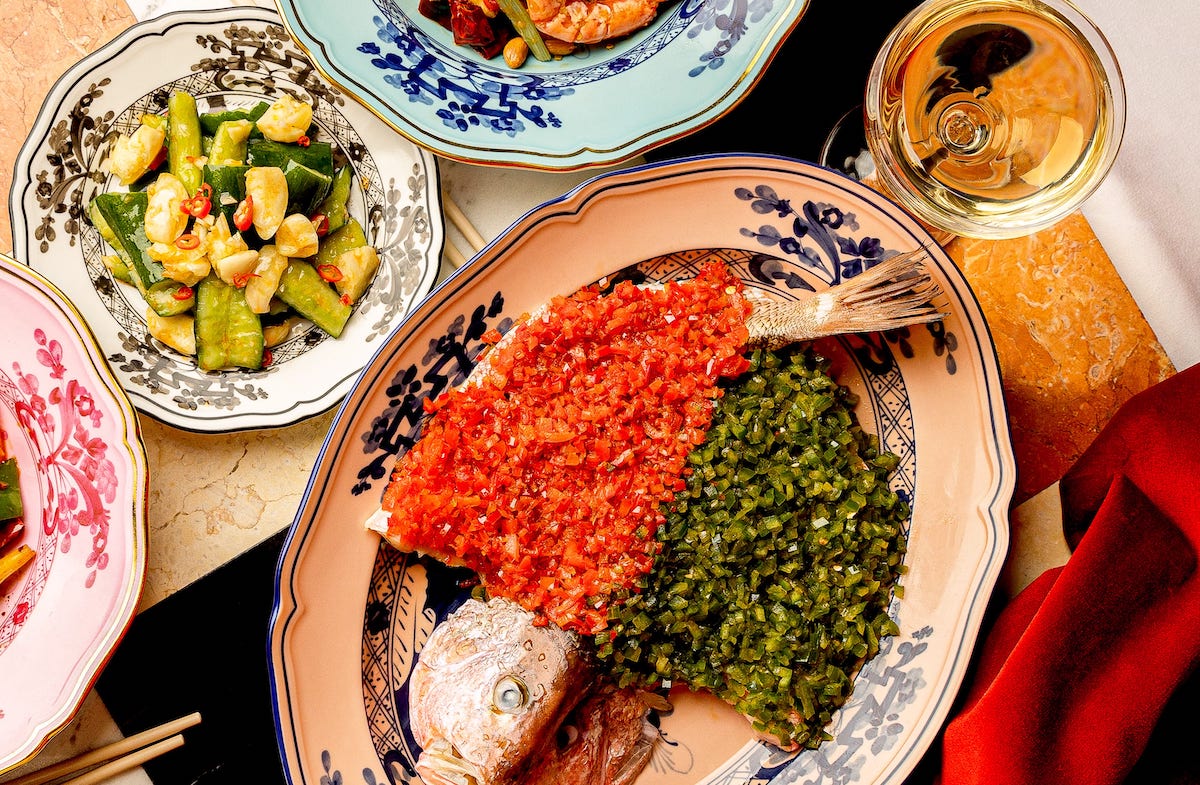 One of the most anticipated restaurant openings by Black Sheep Restaurants, whose portfolio of restaurants includes one-MICHELIN-starred New Punjab Club and MICHELIN-recommended restaurant Carbone, Grand Majestic Sichuan is slated to be the city’s newest destination for fiery Sichuan food.

Sichuan cuisine is taken seriously at Grand Majestic Sichuan, where London-based chef and award-winning author Fuchsia Dunlop serves as a consultant. As one the first westerners who studied at the Sichuan Higher Institute of Cuisine in the mid-1990s, Dunlop has spent almost three decades researching Chinese culinary culture, especially that of Sichuan.

Helming the kitchen is chef Robert Wong, a fourth-generation professional chef who led the team at Chilli Fagara (currently a MICHELIN-recommended restaurant) to garner one MICHELIN Star from 2011 to 2013.

The service will be European-style and the interior is described as “dramatic,” outfitted with opulent marble and silk with a distinct mid-century feel. Other features to watch for include a glass-ensconced ‘birdhouse,’ two bars, and a lush terrace where Old World wines, craft cocktails and snacks are served. 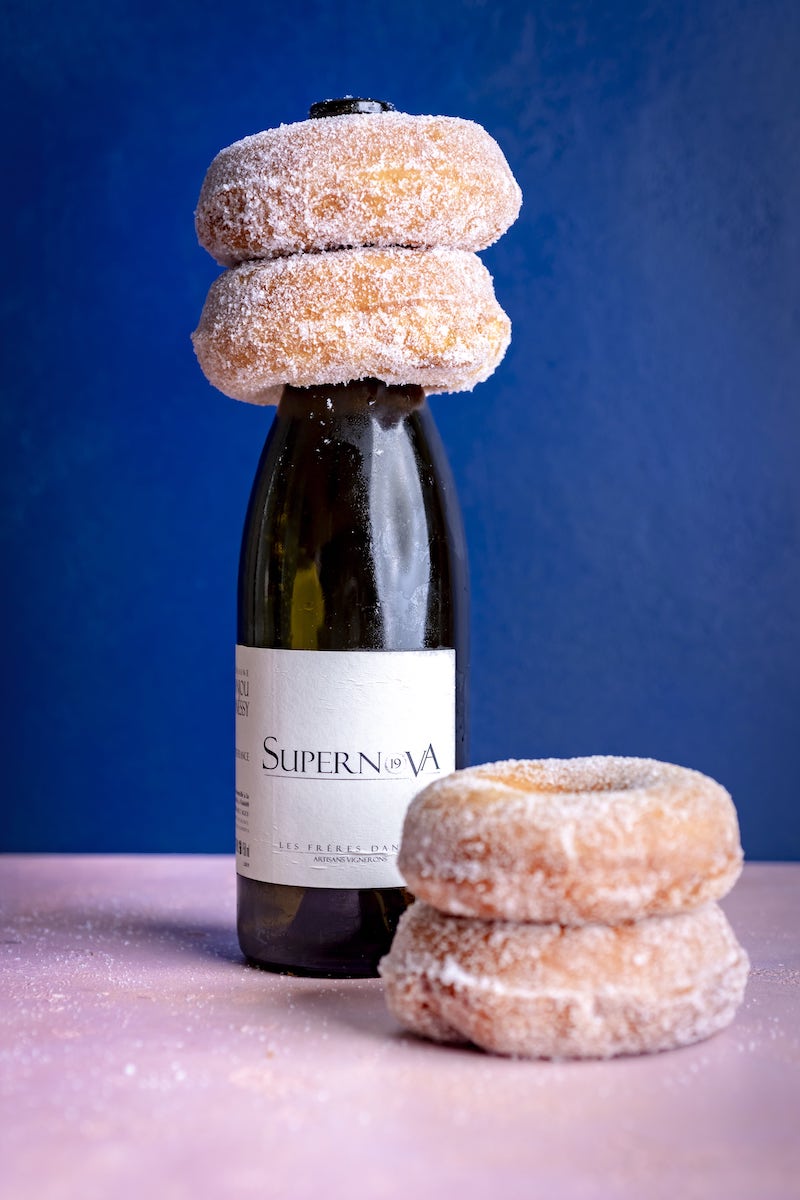 A bakery by day and a natural wine bar by night, The Baker and The Bottleman will work closely with local suppliers and trusted winemakers as part of chef Rogan’s sustainability ethos. The upstairs space is decked out with seats and serves locally-sourced coffee from Accro Coffee, and British pastries, cakes and bread handmade by a team of chefs and bakers led by executive chef Oli Marlow throughout the morning and afternoon.

At night, the space is transformed into a casual wine bar serving natural wines alongside small bites, cold cuts and cheese. The wine list—covering a profile of natural, organic and biodynamic wine growers—is curated by the Roganic team, overseen by master sommelier Pierre Brunelli.

See also: How MICHELIN Green Star Restaurants In Asia Are Doing Their Part With Sustainable Practices 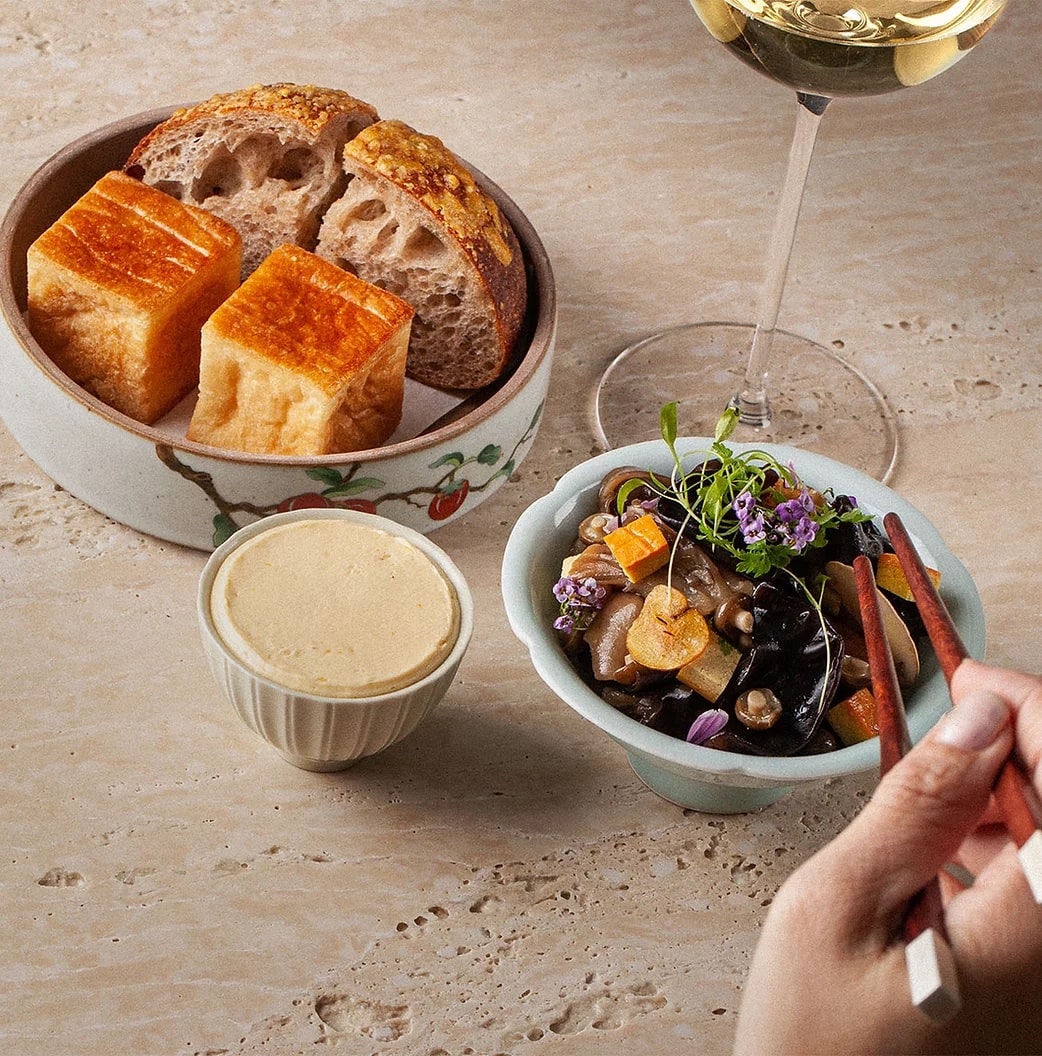 Mora by Vicky Lau opens its door in January 2022

Vicky Lau, the chef-owner of two-MICHELIN-starred Tate, is set to open her second restaurant Mora, a new restaurant dedicated to the humble soybean. Tucked away on the historic street of Upper Lascar Row in Sheung Wan, Mora seeks to push culinary boundaries through a menu derived from all soy-made products, including tofu, soymilk, yuba, fermented bean curd and more.

A multifaceted ingredient integrated in Asian cuisine, the versatility of soy means that it can endure time and temperature but also be fleeting and subtle at the same time. That is why the menu will be arranged by texture, which incorporates chef Lau’s French x Chinese philosophy to present soy in its different forms in relation to time, temperature and flavour.

Online reservations are open from January 15, 2022.