2022 was off to a turbulent start for the F&B industry, to say the least. Yet despite everything, the city’s passionate chefs and restaurateurs are standing up to the challenges of launching new restaurants and forging ahead into the uncertain future.

From the arrival of Olivier Elzer’s casual dining concept to the reopening of Sichuan Moon, here are the latest happenings in Hong Kong and Macau to get excited about. 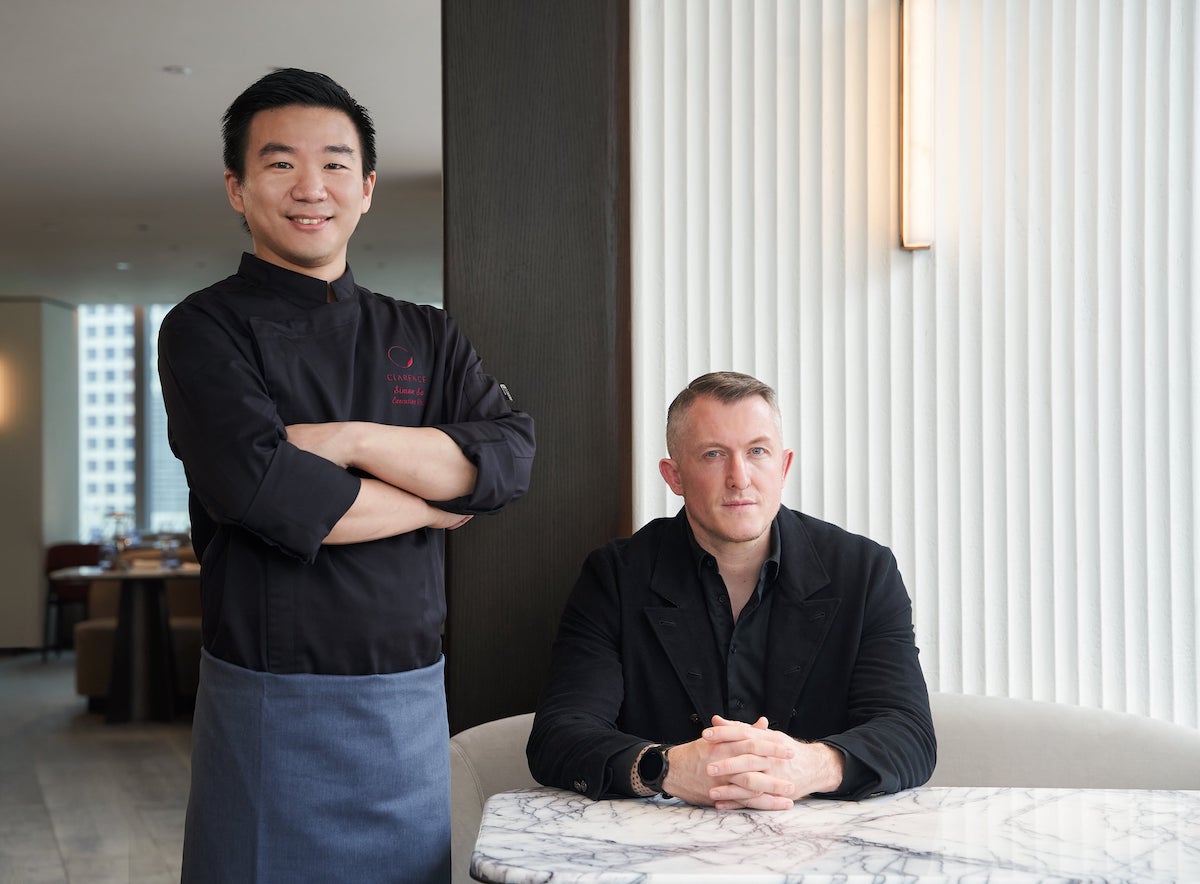 A brand new concept by chef Olivier Elzer, the culinary director of two-MICHELIN-starred L’Envol, Clarence will pay homage to tradition French favourites with an Asian twist.

Soft opening this month, Clarence will “showcase French food in a new way,” Elzer tells the MICHELIN Guide. The “upscale casual” restaurant will feature a main dining room, a lounge, a private room and a bar—a concept inspired by his mentor chef Joël Robuchon.

“Mr. Robuchon was the first to cook teppanyaki and put a sushi counter in a French restaurant. I want to push even further,” says Elzer. Clarence will stock up kitchen equipment that is not commonly found in a French kitchen, such as a Chinese steamer, a charcoal grill and a “yaki-Frenchie.” Instead of chicken (“tori” in yakitori), French classics like escargot, black pudding, duck confit and frog legs will be grilled on the stick over a charcoal fire.

Another highlight is the “raw fish wine bar”, where fresh fish is sliced à la minute and served raw on the ice or smoked—to be enjoyed with chopsticks made in France and French oils, citruses and sauces (no soy sauce, Elzer emphasises). Ideal for sharing, certain dishes such as whole fish will be cooked on bone for larger groups, and guests can order the fish with their cooking method of choice between charcoal, steam and teppanyaki.

Simon So, previously chef de cuisine of L'Envol, is the executive chef of Clarence.

RELATED: Olivier Elzer On Staying At The Top Of His Game 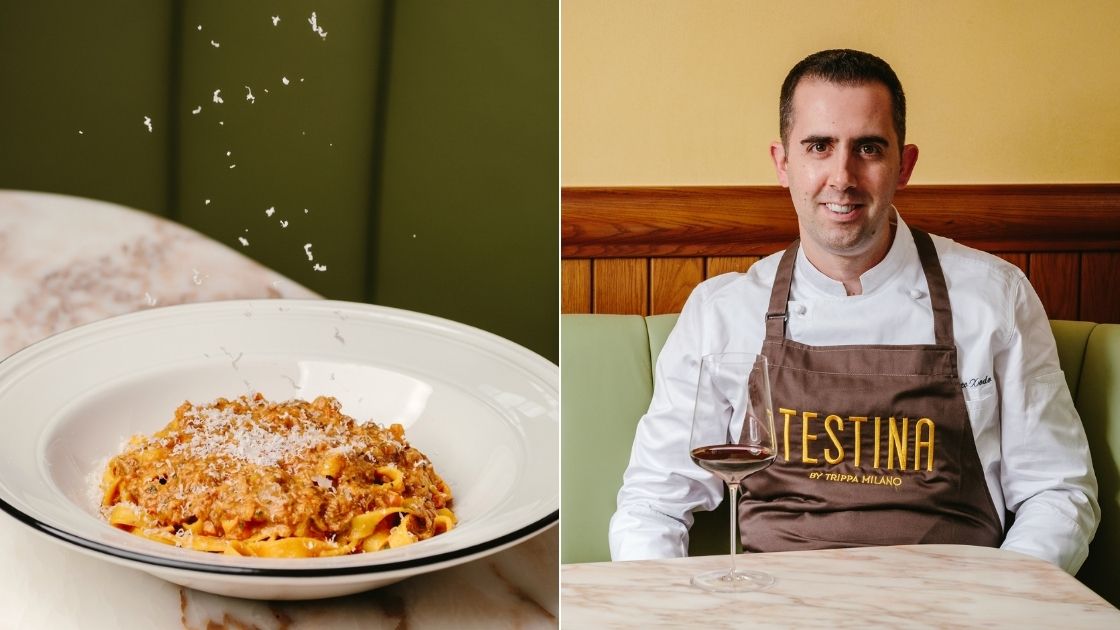 After taking home a MICHELIN Star each for Hansik Goo and Whey in the MICHELIN Guide Hong Kong Macau 2022, ZS Hospitality is keeping the momentum going with the soft opening of Testina, a modern trattoria in collaboration with Italy’s Bib Gourmand restaurant Trippa.

Expect offals and rare cuts such as the fried honeycomb beef tripe, a signature antipasto from Trippa. Delivering bold and beautiful flavours, the “Testina” pig head is pan-seared in rich and tender pieces and topped with salsa verde and horseradish shavings.

Pasta is handmade in house, which comes in the form of tagliatelle served with duck ragù and finished off with a generous sprinkle of aged parmesan cheese. For mains, the charcoal grilled bone marrow is perfectly seasoned and balanced out with toasted garlic bread and mixed herb salad. 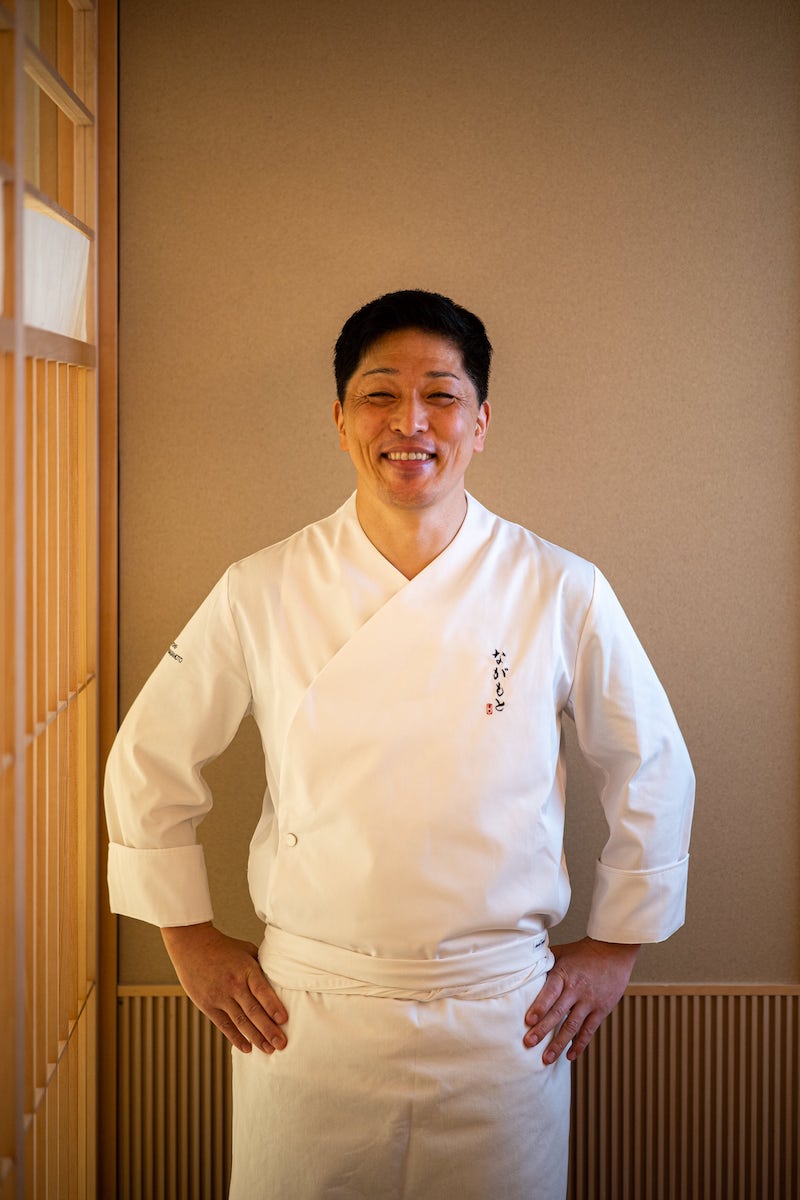 Nagamoto opens on On Lan Street

Hong Kong’s newest kappo restaurant is the brainchild of chef-owner Teruhiko Nagamoto, who was at the helm of Osaka’s three-MICHELIN-starred kaiseki restaurant Kashiwaya and its (now-closed) Hong Kong outpost.

At the heart of Nagamoto is shun (旬), a Japanese philosophy that celebrates the seasonality of local produce, which is harvested and served at at the peak of its freshness—extending even to tableware and display in the restaurant.

Stepping in, the open kitchen sets the stage for guests to watch the chefs in action, while the ikebana flower arrangement and chopsticks selection curated by Nagamoto himself adds a personal touch to the experience. 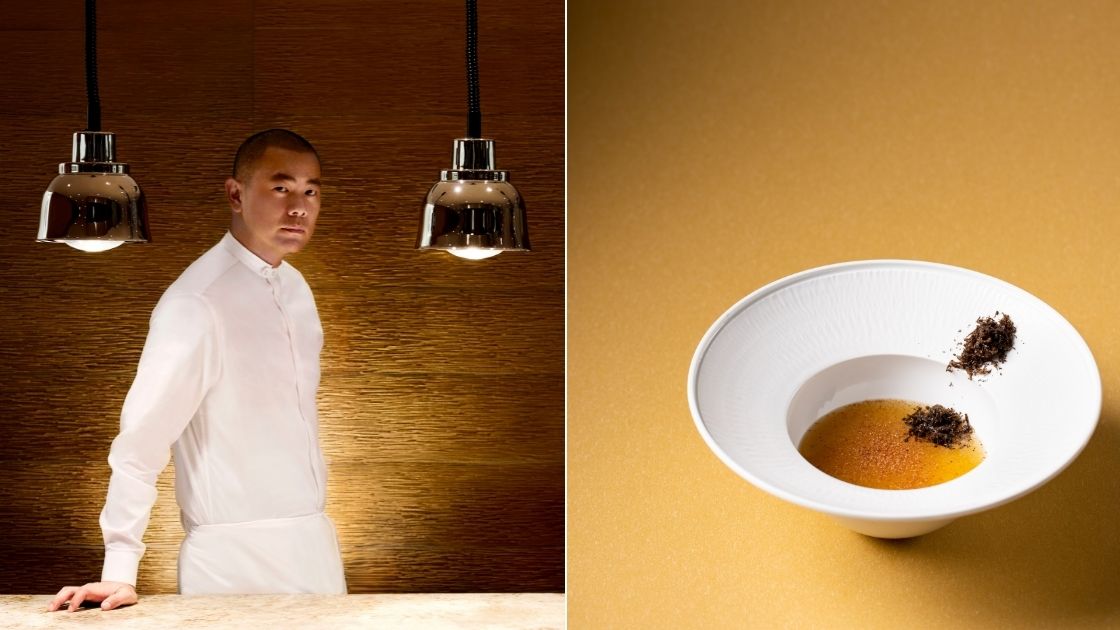 Sichuan Moon welcomes the return of Andre Chiang and a Discovery Menu featuring new dishes such as the truffle with traditional chicken mousse and consommé (Photo: Sichuan Moon)

Celebrity Taiwanese chef and culinary director Andre Chiang is back in Macau for the reopening of two-MICHELIN-starred Sichuan Moon, with Wilson Fam joining as the executive chef.