Debbie Gold’s Tied House, which opened in Chicago’s Lakeview in February, was instantly celebrated for its palatial outdoor terrace, making it a go-to outdoor drinking venue in a city that spends so much of its year indoors. Gold, a Top Chef Masters alum, is supported at Tied House by sous chef Ryan Carbone (formerly of Dusek’s) and Chuck Woods (of Girl & the Goat).

Aside from decadent desserts like sheep’s milk yogurt ice cream with goat cajeta, pastry cream and white balsamic, the menu also, eccentrically, features a wedding cake — and it’s made in a microwave. “When I was working on my dessert menu my original thought was I wanted to do a dessert that was in a sense 'flavors' of a wedding cake. Simple flavors and ingredients turned into something extraordinary,” says Gold. “Using a siphon and cooking it in the microwave made for a delicious and very light cake.”

The unusual method also allowed her team to make the cakes individually and very quickly as guests arrived. Gold’s frosting is simple, not too sweet, and, in her words, addicting. “You could eat it alone, by the spoonful.” Adding jam to the recipe meant the dish could change with the seasons. 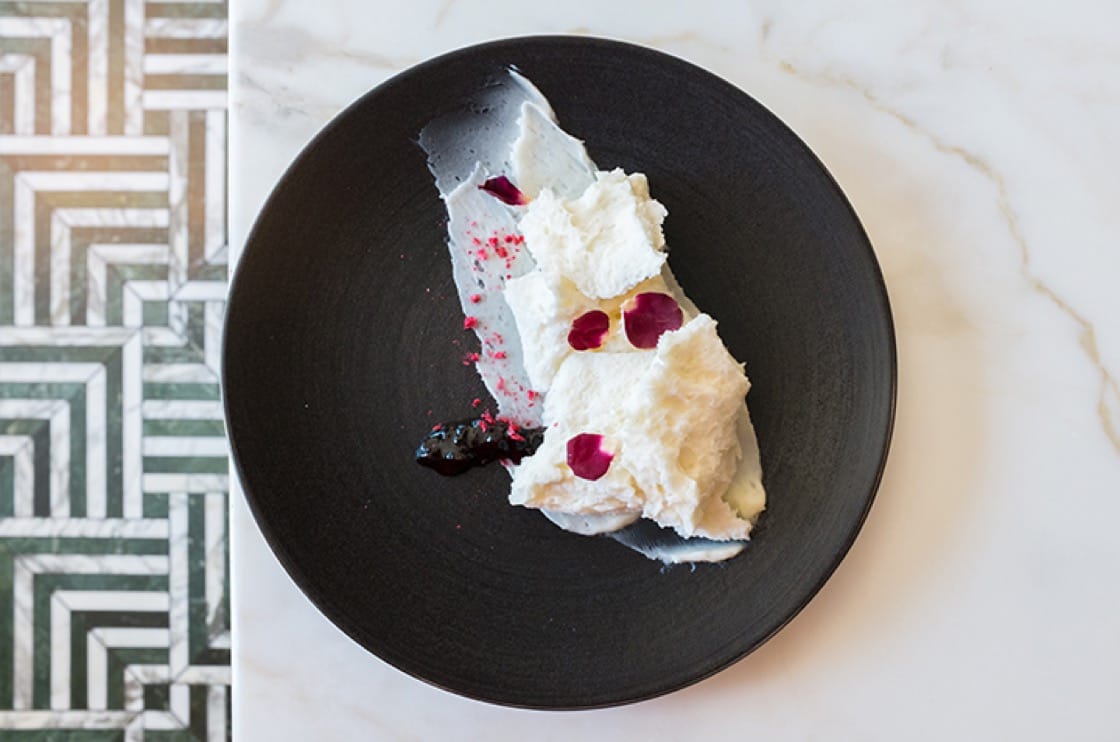 Gold's secret to baking a delicious cake at home? Use the microwave.
As we gear up for the romantic season, Gold’s recipe below may encourage couples go the DIY wedding cake route. She recommends using dried rose petals to garnish the dish for a formal, black tie wedding.

(For everyone else, you can have your cake and eat it, too.)

For Assembly:
Seasonal jam of choice, to taste

1. Make the cake: Combine all the ingredients in the canister of a blender. Blend on medium high until it is thoroughly combined; pass through a fine mesh sieve. Transfer the mixture to a one-pint foam siphon and load two gas chargers, per manufacturer's instructions. Dispense the mixture into small plastic or paper cups, into which a few regularly-spaced holes or slits are punched. Microwave on high for 30 to 40 seconds. Remove from the microwave, allow to cool a moment, and then remove the cake from the cups.

2. Make the frosting: In a medium mixing bowl, beat the shortening and butter together with a mixer on medium speed until creamy. Beat in the sugar and vanilla. While beating constantly, beat in the corn syrup and 1 tablespoon cream; add additional cream as needed until filling is soft and spreadable.

3. Assemble the cake: Smear the center of a plate with the vanilla frosting. Break the cake into 3 to 4 pieces and place on top of frosting. Garnish with your favorite seasonal jam.