The selection in a few words:

In total, the 2023 Guide showcases 1,401 restaurants throughout Spain, Portugal and the Principality of Andorra. Among those, 13 boast Three MICHELIN Stars, 41 have Two MICHELIN Stars, 235 are awarded One MICHELIN Star and 281 receive a Bib Gourmand.

In the beautiful city of Cáceres, Atrio earns the ultimate distinction, thanks to its elegant and delicate dishes, prepared by chef Toño Pérez, who has shaken up local gastronomic traditions. On the menu, Iberian pork and the natural bounty of Extremadura take center stage, for a gastronomic experience which shines by its passion, sincerity and technical excellence.

In the cosmopolitan city of Barcelona, meanwhile, Cocina Hermanos Torres earns Three MICHELIN Stars for firing the imagination with every bite. Chefs Sergio and Javier Torres have created a magical space in which the gastronomic experience - which consistently seeks out the very best seasonal produce - exceeds foodies’ expectations, turning it into a dining extravaganza. 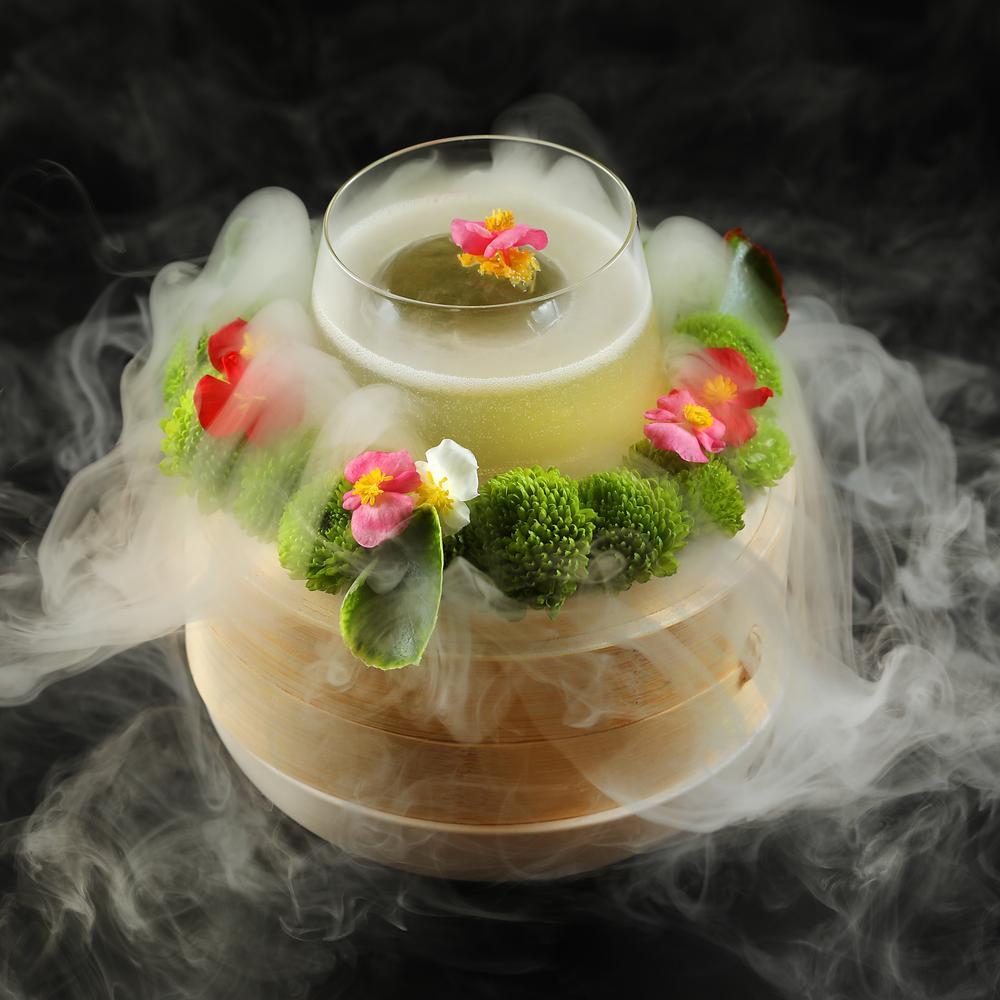 Next to Raxó (Pontevedra), and located in the small village of Serpe, Pepe Vieira also earns this accolade. Chef Xosé T. Cannas has composed a team of professionals from all fields to create a unique countryside restaurant, with a discernible avant-garde design and the single aim of exalting the flavors of, “the newest cuisine in the world!”, as they say themselves.

At El Rincón de Juan Carlos, located within the Royal Hideaway Corales Beach (Adeje, Tenerife), the Padrón brothers (Juan Carlos and Jonathan) earn Two MICHELIN Stars for their takes on traditional Canary Islands recipes, which they execute with creative flair, using premium products, ultra-sophistication and the ability to thrill diners with a variety of dishes.

With these three new restaurants boasting Two MICHELIN Stars, the MICHELIN Guide Spain and Portugal now features 41 restaurants worth a detour, 7 of which are located in Portugal and 34 in Spain. 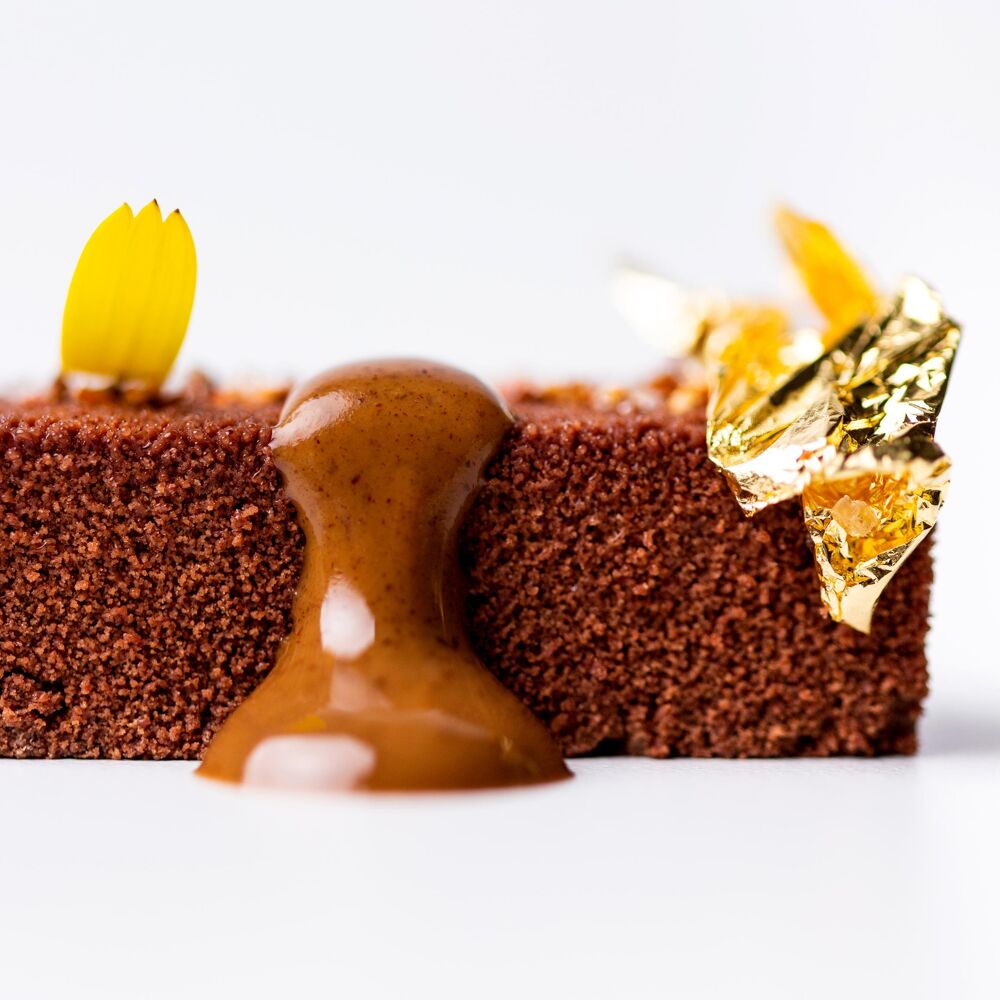 34 new restaurants, 29 in Spain and 5 in Portugal, shine bright with One MICHELIN Star

It’s clearly been a great year for the One MICHELIN Star category. Gastronomy aficionados will find new restaurants throughout Spain and Portugal with numerous chefs who have reached professional maturity and young talents who enchanted the MICHELIN inspectors with their culinary personality and prowess. Additionally worthy of note is the entry into the realm of haute cuisine of vegan cooking, which is gradually gaining ground and which is getting a very positive response from foodies.

In total, the MICHELIN Guide 2023 recommends 235 One MICHELIN Star restaurants (203 in Spain, 31 in Portugal and 1 in the Principality of Andorra). 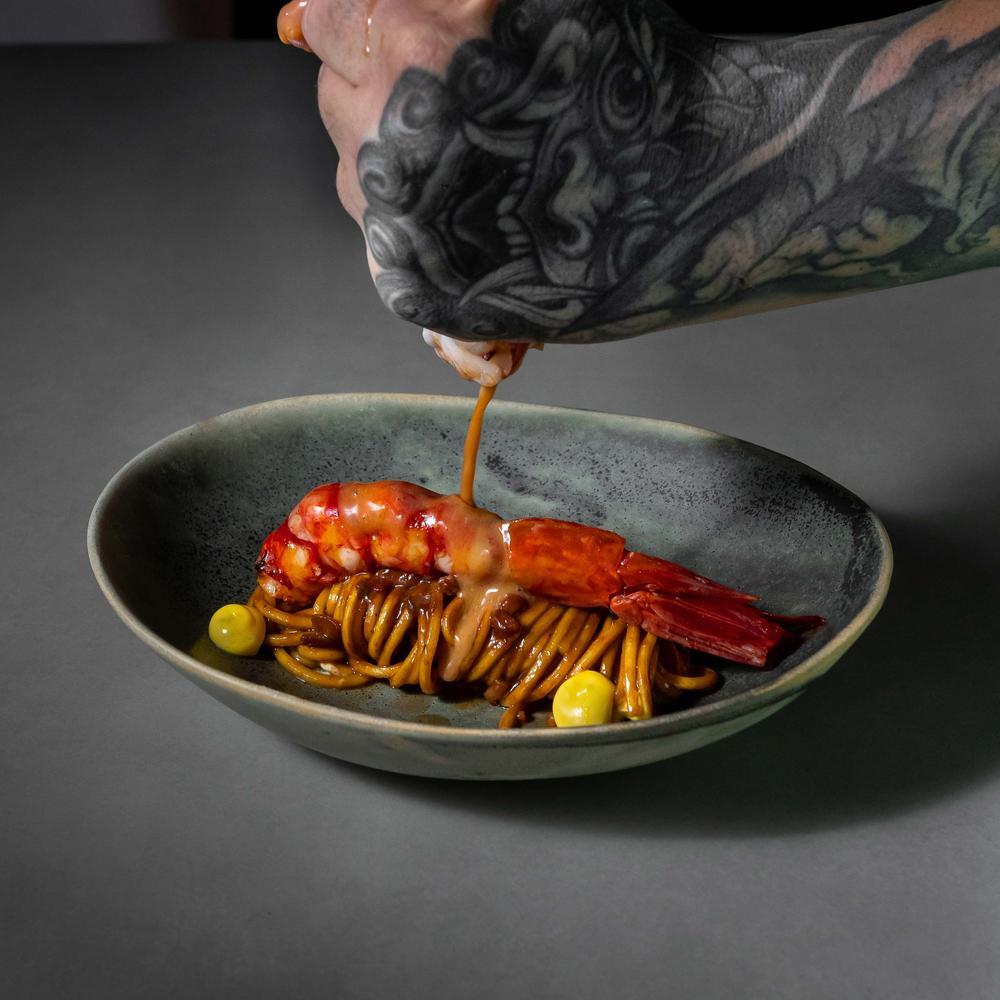 Faithful to its commitment, the MICHELIN Guide strives to highlight restaurants at the forefront of the industry when it comes sustainable gastronomy, by awarding them a MICHELIN Green Star.

Together and each in its own way, these restaurants create gastronomic experiences which combine culinary excellence and a remarkable dedication to environmental responsibility. A true source of inspiration for gourmets and professionals alike, these restaurants promote awareness and issue a call to action.

The popular Bib Gourmand, a distinction which recognizes or identifies restaurants which offer the best value for money, continues to show vitality and diversity, with restaurants proposing very different offerings and styles.

The MICHELIN Guide Spain & Portugal 2023 recommends a total of 281 Bib Gourmand restaurants, with 38 new additions (31 in Spain and 7 in Portugal). 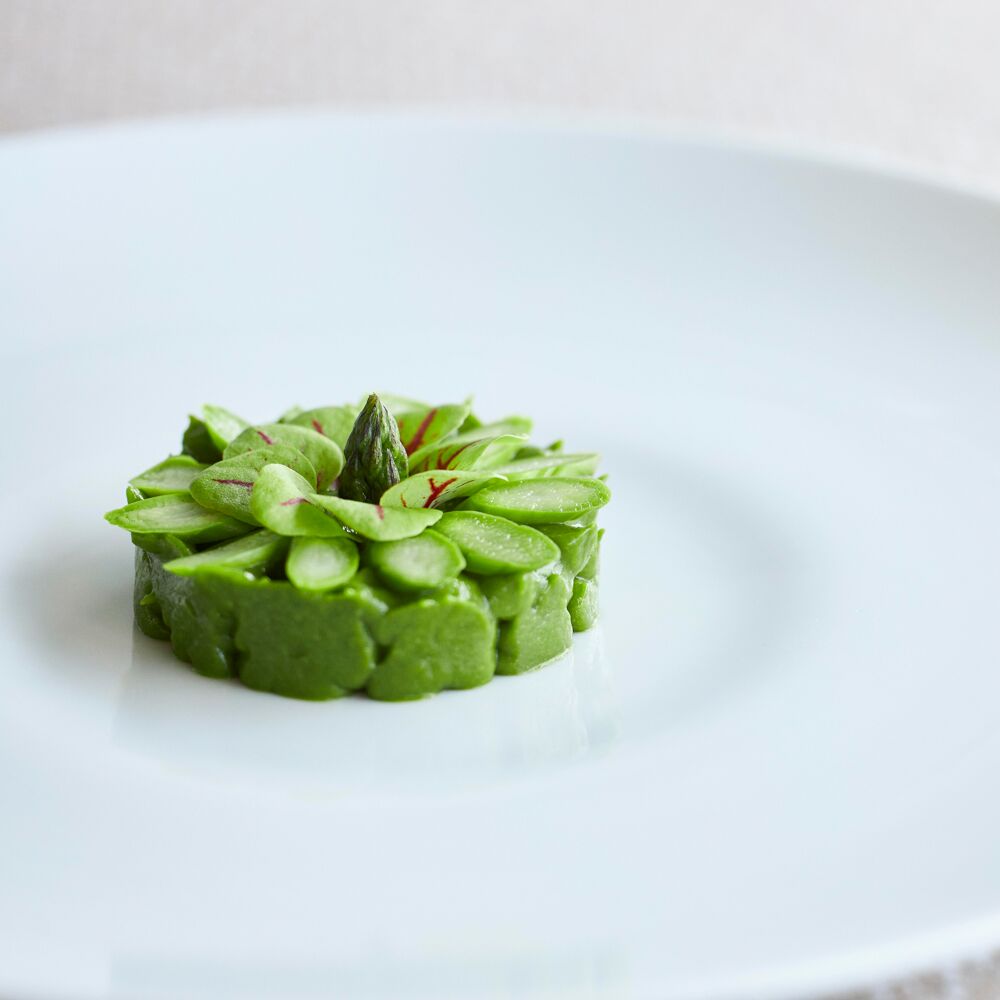 • MICHELIN Young Chef Award 2023: Cristóbal Muñoz (restaurant Ambivium, in Peñafiel)
Presented by Makro, the MICHELIN Young Chef award goes to Almeria-born chef Cristóbal Muñoz, who at only 31, helms the kitchens at Ambivium in Peñafiel with great flair (One MICHELIN Star and MICHELIN Green Star). Having trained alongside prestigious chefs such as Francis Paniego, Dani García and Paco Pérez, the young chef seeks the perfect harmony between food and beverages, preparing creative and innovative cuisine which thrills diners without forgetting its roots.

• MICHELIN Chef-Mentor Award 2023: Joan Roca (restaurant El Celler de Can Roca, in Girona)
Chef Joan Roca, who, together with his brothers Jordi and Josep, transformed El Celler de Can Roca (Three MICHELIN Stars and MICHELIN Green Star), into one of the most famous restaurants in the world, receives this award in recognition for his work training several generations of chefs. All those who trained at his establishment have borne witness to his immense love for the profession, and, working closely with him, have learned both the most avant-garde techniques and the values of dedication. The award was sponsored by Blancpain.

• The MICHELIN Service Award 2023: Toni Gerez (restaurant Castell Peralada, in Peralada)
This new award, presented by Nespresso, recognizes the excellent work of Toni Gerez in Castell Peralada (One MICHELIN Star). He does a superb job as restaurant manager and sommelier, excelling in this customer-facing role, and in particular, when presenting the marvelous cheese cart that goes from table to table, and when revealing the characteristics of each variety with burning passion; imparting his vast knowledge. 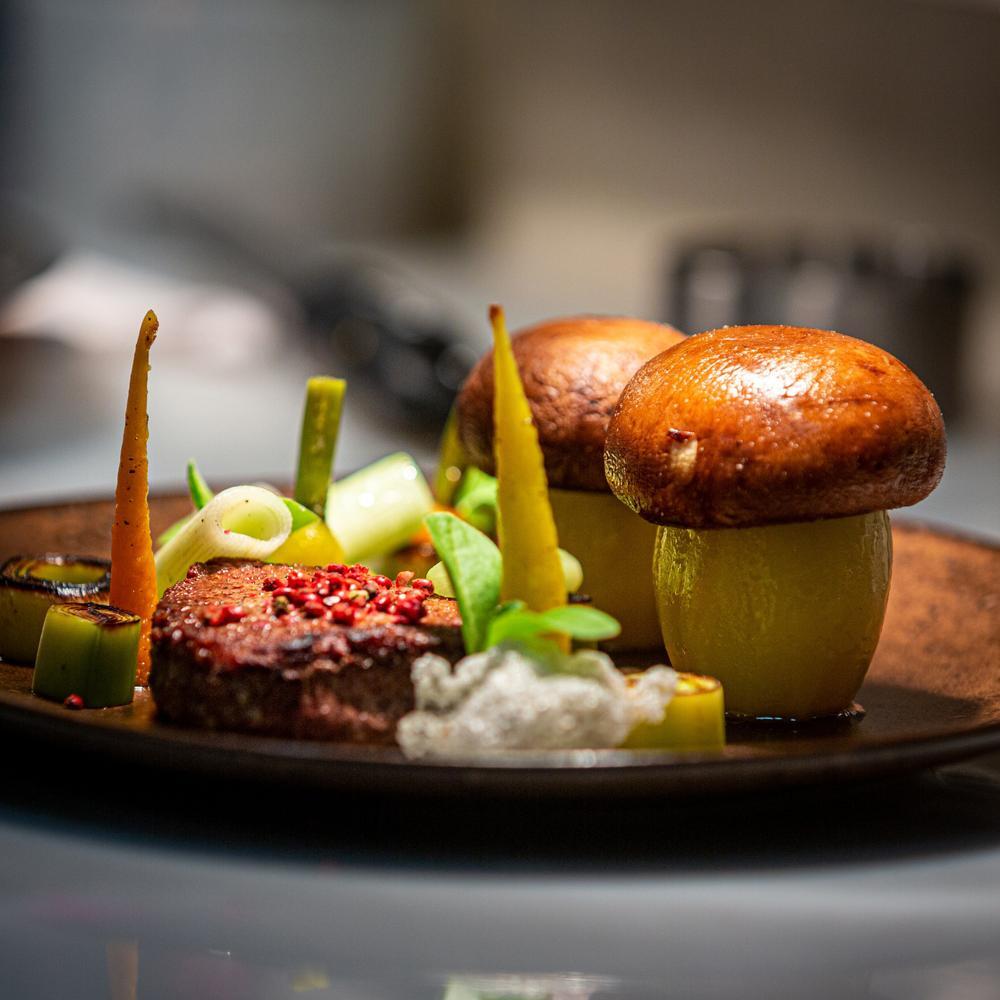 The MICHELIN Guide 2024 restaurant selection will be presented at two separate events, one in Spain and another in Portugal.

Gwendal Poullennec, International Director of the MICHELIN Guides, officially announced in Toledo, that the 2024 restaurant selection for Spain and Portugal will be presented at two separate events, one for Spain and the other, for the first time, only for Portugal.

By doing so, the MICHELIN Guide wishes to celebrate and showcase the burgeoning excellence of the Portuguese gastronomic scene. Indeed, and as illustrated by the 2023 edition with the addition to the selection of 5 new Portuguese One Star restaurants, Portugal has demonstrated real culinary momentum over the last years.

With a dedicated event in Portugal, the unveiling of the restaurant selection and the consequent deployment of editorial content to be shared on the Guide’s various platforms, the MICHELIN Guide aims to contribute to promote Portugal as an unmissable European gastronomic destination.

The MICHELIN Guide Spain & Portugal 2023 at a glance:

The MICHELIN Guide Spain & Portugal 2023 can be found both in print and digital format. Go to the official website (https://guide.michelin.com) or download the app free of charge on iOS and Android.

The full restaurant selection for Spain and Portugal is available free of charge on the MICHELIN Guide website and app. They join the MICHELIN Guide selection of hotels, which features the most unique and exciting places to stay in Spain, Portugal, and throughout the world.
Every hotel in the Guide is chosen for its extraordinary style, service, and personality — with options for all budgets — and each hotel can be booked directly through the MICHELIN Guide website and app. The selection for Spain and Portugal features those countries' most spectacular hotels, including sustainability pioneers like Santa Barbara Eco-Beach Resort in the Azores, standouts from our “Plus” collection like the Almanac in Barcelona and the Canto de Luz in Porto, and the most unique designs imaginable like Noah Surf House, a seaside bohemian boutique, and the Cap Rocat, a repurposed clifftop fort.

MICHELIN is pleased to present its new restaurant selection for the MICHELIN Guide Chengdu 2023. It references 57 restaurants including 1 Two MICHELIN Star, 10 One MICHELIN Star, and 15 Bib Gourmand restaurants. The Guide also recognizes outstanding culinary talents through 2 special Awards, in which the Sommelier Award is handed out for the first time in Chengdu.