If we’re ranking food ingredients by their prestige, it’s not unlikely that fish skin would end up at the bottom of the pyramid. In the worst case scenario, people might not blink an eye to send it to the food waste box. Yet the culinary potential of fish skin isn’t lost on chefs and epicures from various parts of the globe. Attracted by its unique texture and rich reserve of collagen, they set the fish skin on an ugly duckling style transformation.

The Most Indulgent: Fried with Salted Egg Yolk

Fish skin as packaged snack is catching on in Hong Kong over the past few years. The origin of it all is the fried fish skin with salted egg yolk from Golden Duck, a Singaporean artisan snack maker. Within two years of time, this munchable teemed with Southeast Asian spices has gained a large fan base.

Hong Kong-based Joy Taste is following the similar trajectory, making a name for itself in the last half year with its packaged fish skin. The brand’s young representative Joe told us honestly they are inspired by Golden Duck’s product.

“My father opened Hon Kee for more than 30 years making fried fish skin and other Shanghainese food items. Since I joined the family business, I had been thinking how to make the company younger. And the thought to create a snack from fish skin was born after I tried the Singaporean version.” 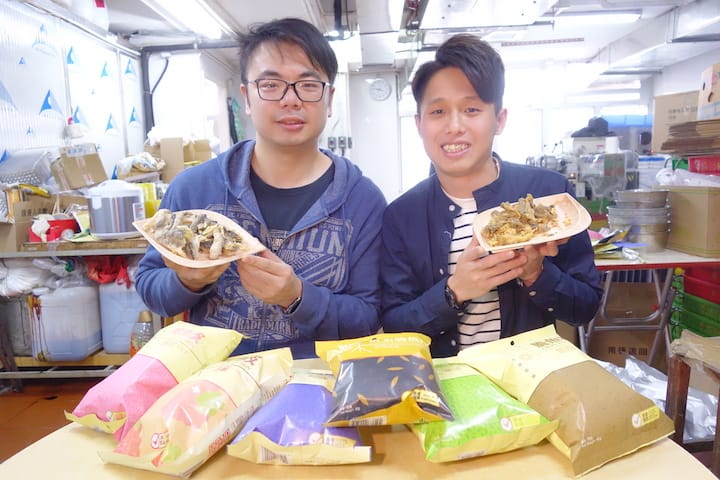 Joe and Carl, his colleague from the same generation, put a lot of effort in experimentation and tasting before they came up with the Hong Kong style fried fish skin with salted egg yolk. There had been challenges that stood in their way.

“Finding the seasoning to the taste of the customers, for example. We also tested out several packaging designs, and found the solution to transform the cooking process into a mechanical procedure,” Carl said. 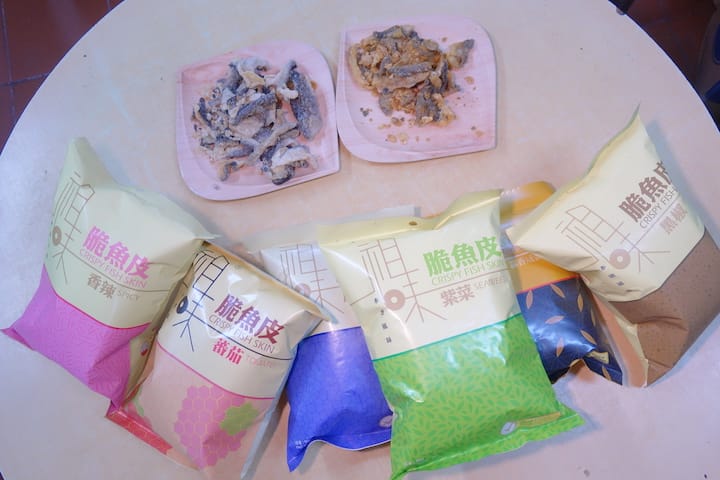 You can easily distinguish this local fish skin from its Singaporean counterpart. Golden Duck’s handmade fish skin is both salty and sweet, with strong notes of basil and Southeast Asian spices. The skin feels oilier on hand, but crunchier when put in the mouth. Joy Taste’s tastes closer to the salted egg yolk prawns found in Cantonese restaurants. The egg yolk forms a viscous paste, and garlic is used in
place of spices. It’s less greasy and more sticky. It’s also worth mentioning Joy Taste launches a variety of seasoning flavours: original, seaweed, black pepper, tomato and plum.

In the region of Shunde, Guangdong, grass carp skin is an essential ingredient in a salad with sliced carrot, cucumber, turnip, ginger and coriander. It is dressed with a sauce of Chinese white liquor, Chinese mustard, soy sauce, oyster sauce, black vinegar, sesame and hot oil. This local speciality is famous for the skin’s crunchiness and complete absence of fishy taste. It can still be found in some bigger congee shops. 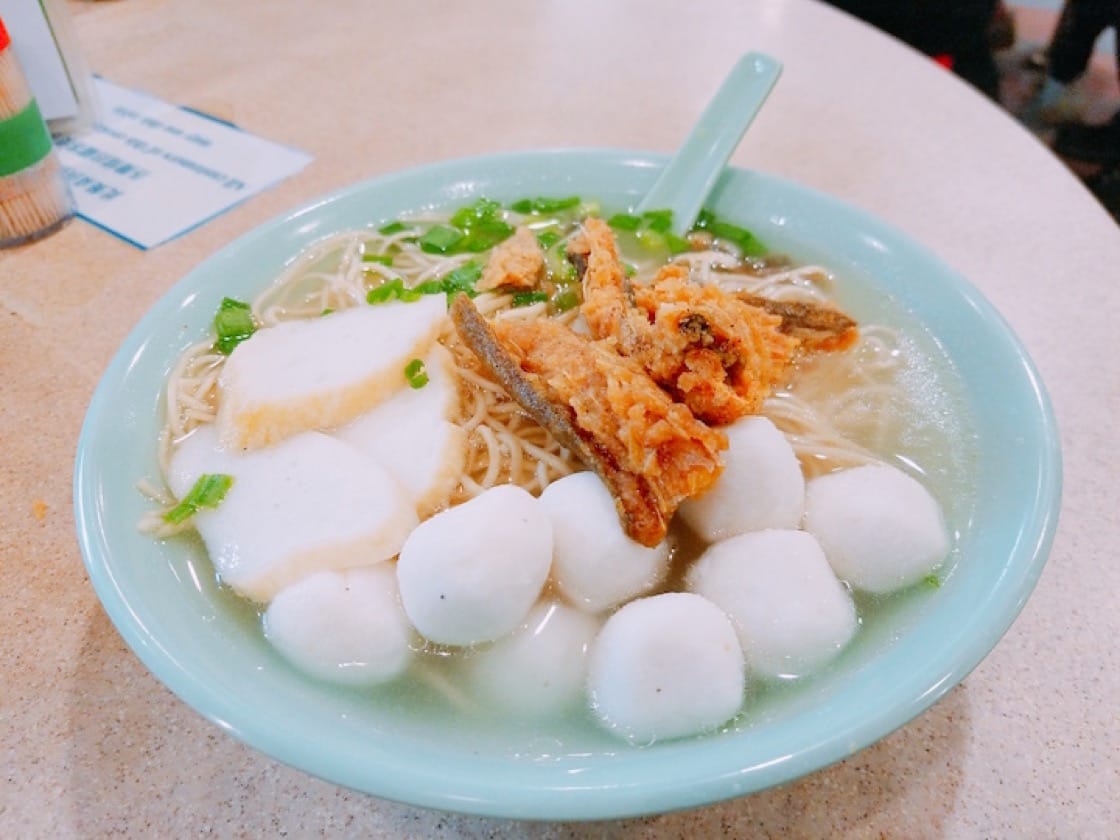 At grocery shops in wet markets or noodle soup joints, fried fish skin is always at sight, available for making hotpot at home, or dipping into a bowl of fish ball noodle soup. This may vary according to individual preference, but most people agree that the skin should stay in the broth for not more than three seconds – over-soaked fish skin is much less alluring with a soggy texture. Resourceful as they always are, Hong Kong fish ball makers would fry the fish skin after they have taken the meat off flathaead grey mullet and conger-pike eel (even the bones are used to make fish broth). In recent years, the fried fish skin made in Thailand and Vietnam has also found their way to our city.

Another fish skin dish served cold, pickled fish skin is popular in Taiwan and Japan. The making process is simple: the skin is mixed with sugar, soy sauce, sesame oil and vinegar. It’s to the type of fish that people pay more attention. Cod and salmon are more used than others. Other than that, pickled puffer fish skin is a real delicacy found in some kaiseki or restaurants specialising in the poisonous fish. The rich gelatin creates a bouncy texture and is the secret behind the dish’s wonderful taste. 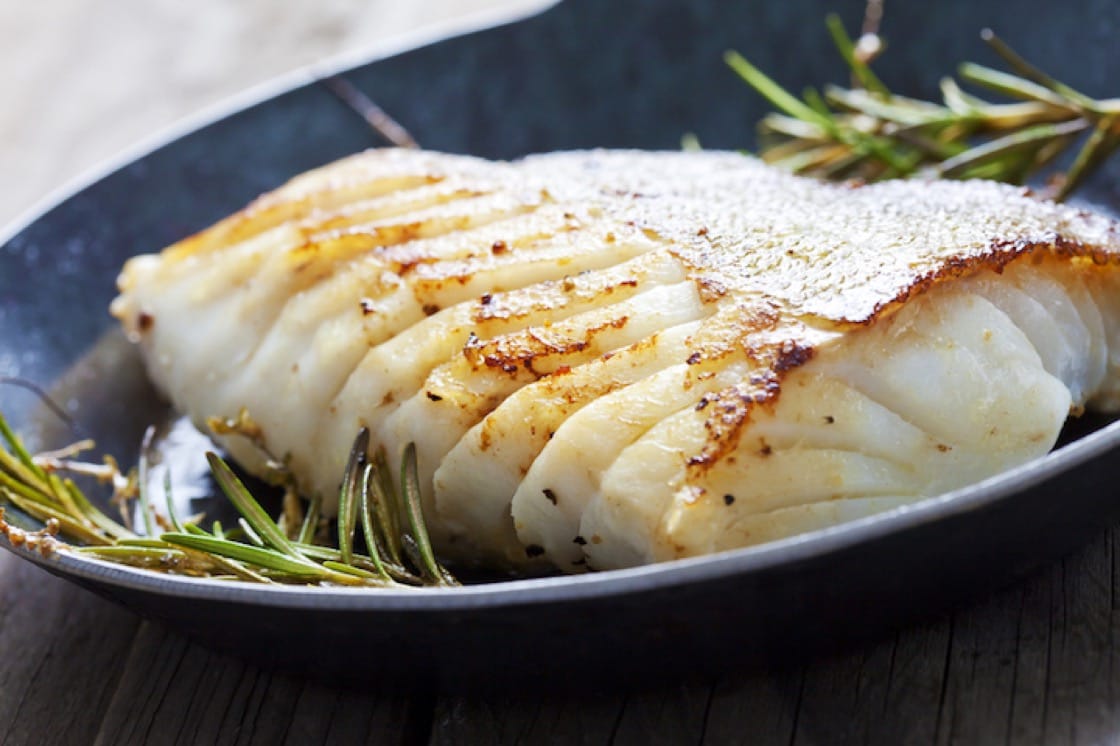 A lot has been said in western cooking about how to get the fish skin right when pan-frying or grilling the fish. Almost all celebrity chefs have their own take, including Nigella Lawson. She declared on her TV show that fish skin is very tasty, possibly the best part of the whole fish. When an audience asked her about the secret to ensure the skin is fried properly in the pan, she offered some tips to make it crispy without it sticking to the cookware: dry the excess moisture on the skin and put flour on it before cooking, fry the fish on high heat with hot oil.

All over the World: Aspic

Aspic made from fish skin is found on the dining tables throughout the world. Although there’s some variation in ingredients and seasonings, the principle is the same: simmer fish bones and skin on low heat until the broth thickens with gelatin. Once refrigerated, it turns into a jelly. Premade gelatin is added in some versions to reinforce the texture. According to the region, fish meat or other ingredients would be added to enrich the flavour of the dish.

Behind The Bib Hong Kong Noodles
Dining In 3 minutes