7 Things You Need to Know about Peruvian Cuisine

From ceviche to quinoa, Peru has made a mark on contemporary food trends, but its food can actually be traced to a thousand years ago.

If your impression on Peru stops at the Inca Empire, it’s time to discover more, as the country’s boasts a diversity in landscape unlike any other country. From the snow-capped Andes mountain range and desert to seashore and Amazonian tropical forest, 30 kinds of microclimates can be found there. That gives birth to an array of food options, which nurtured the civilisations of the region over millennia.

Traditional Peruvian cuisine can be divided geographically into three branches: seaside, mountain and rainforest. The depth of the food has also been attracting global attention in recent years, as many local restaurants receive international exposure. Here are seven things that define the gastronomic culture in Peru. 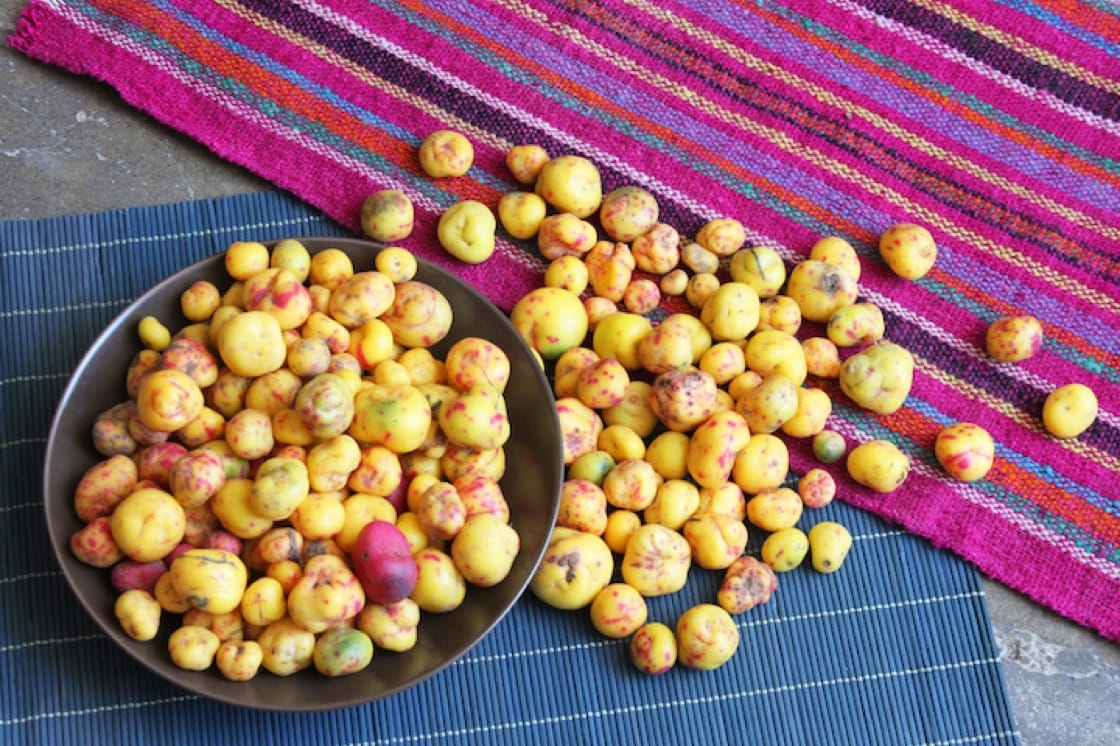 Peruvian potatoes come in all shapes and colours, and more importantly, genetically unmodified.
There are more than 3,000 kinds of potatoes It all began with the Spanish expedition and subsequent discovery of the new continent. After landing on the Americas, the explorers initiated Columbian Exchange which saw them take home foods unheard of in the Old World, such as potato, tomato and maize. The life in Europe was never the same since then. Long before quinoa, Peruvian had brought the world a staple food in the form of a humble root vegetable. The adaptability and fast growth rate of potato made it instantly popular in European countries. It would be almost unimaginable how people there would survive the difficult episodes in history without it. As the birthplace of potato, Peru’s Instituto Peruano de la Papa estimates there are more than 3,000 varieties grown on home soil. They come in all shapes and colours, and more importantly, genetically unmodified. 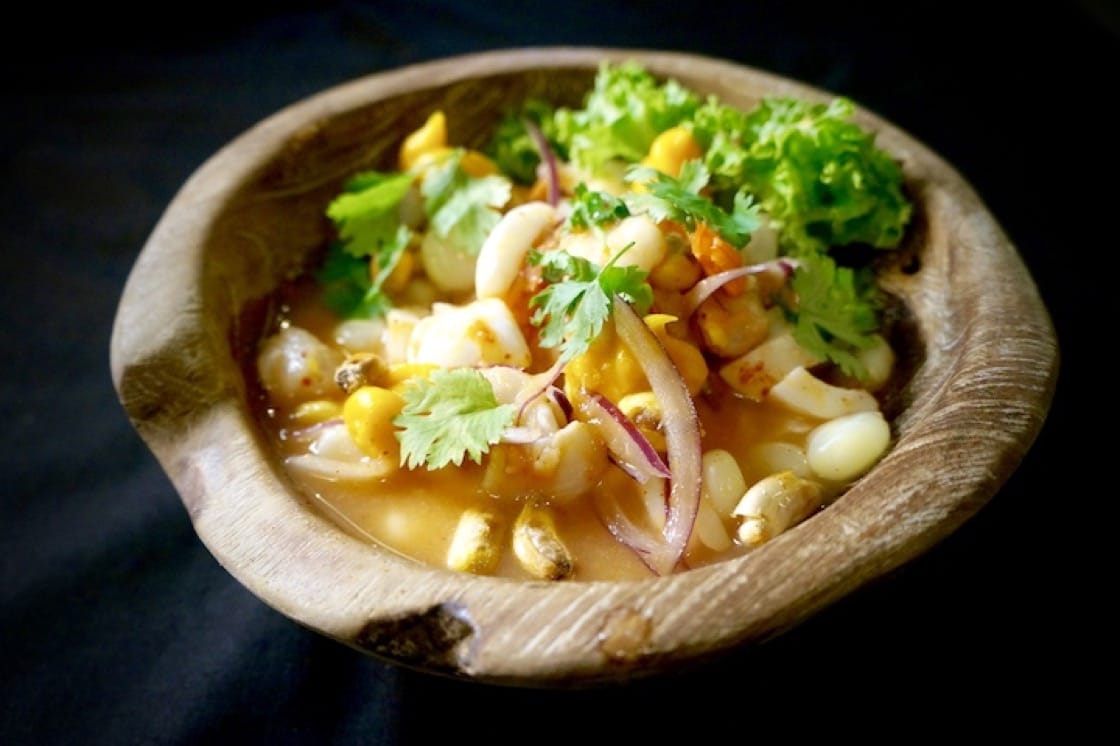 Ceviche is a favourite dish of many in Peruvian cuisine, and is often the meal of choice for many locals. The coastal sensation is made with freshly caught seafood steeped in onion, chilli, and most importantly, lemon or lime juice, resulting in the fish appearing as “cooked”. Like any household delicacy around the world, every family has its own secret recipe.


The delicacy that is guinea pig

Seasoned with spices and grilled on open fire, guinea pig (or cuy) has been a delicacy for the Andes people for a long time. This has raised a few eyebrows in communities where the animal is seen as a pet, but most Peruvians do not consider it any different from pork or beef. 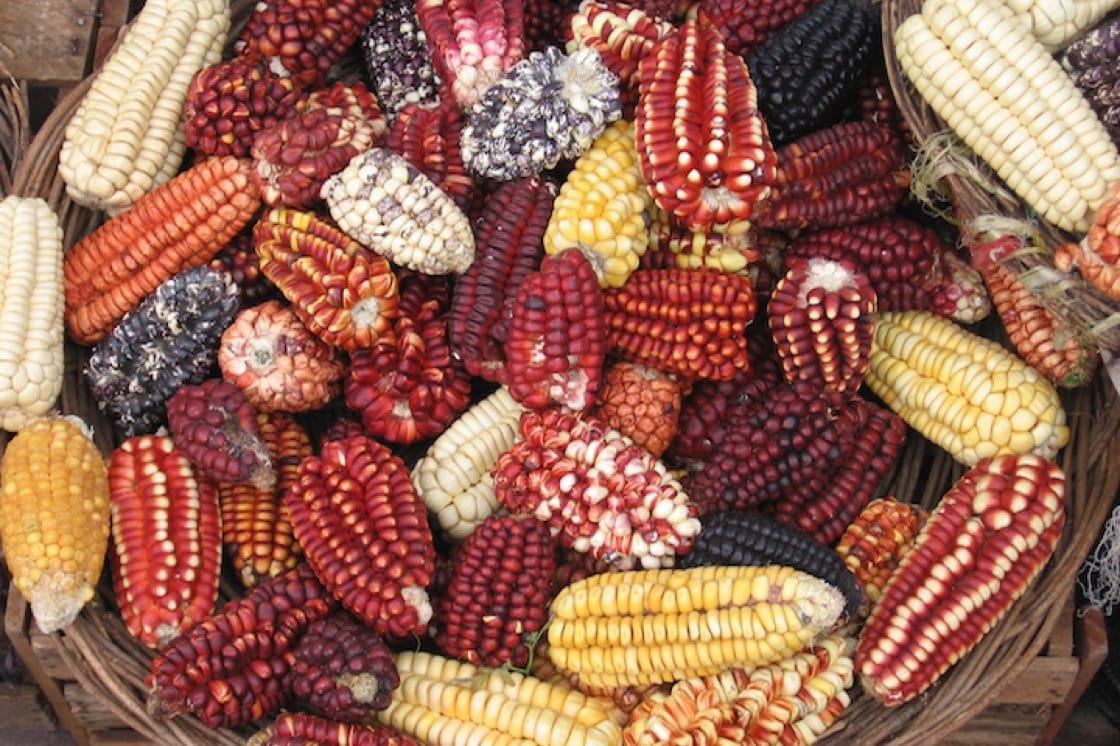 Corn is another significant export from Peru besides potato. Similarly, it boasts a great amount of varieties in different hues, with the purple maiz morado being the most expensive. Corn can be eaten as a snack or in a meal. For instance, choclo, distinctive for its large kernels, can be toasted in oil for making the crispy snack cancha, or consumed directly after sun-dried. Corn juice is used to produce chicha, the national beverage with or without alcohol.

It carries some characters of Chinese food

Peruvian cuisine has been constantly shaped by the external influences, from Spanish Conquistador to Asian immigrants arriving from the 19th century. There is a large community of Cantonese there, which gave rise to Chifa cuisine, a Chinese-Peruvian hybrid food featured prominently in cities like Lima. Dishes like lomo saltado, a beef steak stir-fry with onion, tomato and French fries, demonstrate such cross-cultural mingling. 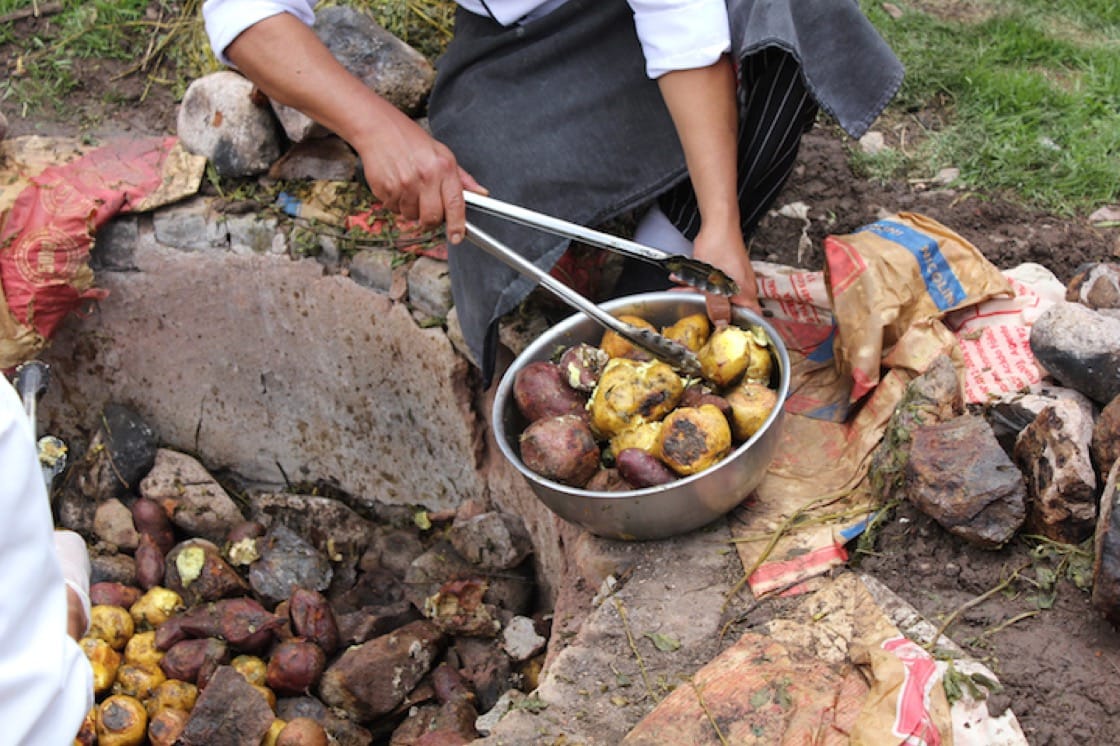 It takes advantage of the nature

Ever so respectful to the natural surrounding they live in, the highland people are adept in making the most of the conditions. Pachamanca is the perfect example of this mentality. According to the native language, “pacha” means earth while “manca” can be translated as pot. An earth oven is created to cook spice-marinated meat and potatoes. The food is covered with hot stones on the ground. It’s one of those dishes that make you wonder how simple good food can actually be.

Peruvians are obsessed with fast food – their own version

A South American cuisine isn’t complete without street food, and salchipapas is the dish you’ll find at every turn in the city. It is self-explanatory, consisting of sausage and potato fries, served with tomato sauce and mayonnaise on the side. Forget about your calories counter and just dig in.
This article was written by Tang Jie and translated by Vincent Leung. Click here to read the original version of this story.