The first edition of the MICHELIN Guide Estonia features 31 restaurants spread across the country – of these, two have been awarded a coveted MICHELIN Star.

So, what exactly is a MICHELIN Star?

All MICHELIN-recommended restaurants are selected for the quality of their cooking, so being selected by the MICHELIN Guide is a sign of quality in itself. The best-of-the-best are then awarded MICHELIN Stars, which highlight truly outstanding restaurants at the top of their game.

As well as seeking out new restaurants, every existing MICHELIN Star restaurant is continually reassessed, to ensure that standards are being kept. When it comes to deciding whether a restaurant is a worthy recipient, the famous MICHELIN Inspectors take into account the following:

- The quality of ingredients
- The harmony of flavours
- The mastery of techniques
- The personality of the chef as expressed through their cuisine
- Consistency, both throughout the menu and over repeat visits

A MICHELIN Star is awarded solely for the food on the plate – the style of restaurant, its level of formality and the type of cooking have no influence on the award.

The MICHELIN Inspectors are full-time employees who travel the world eating in the MICHELIN Guide’s 39 destinations. Travelling between different countries is essential, as it ensures all Inspectors are judging their meals using the same reference points – a MICHELIN Star must mean the same in Tallinn, Toronto or Tokyo. Several Inspectors eat at a restaurant that is being considered for a MICHELIN Star before a final decision is made as a team.

Here's everything you need to know about Estonia’s first MICHELIN-Starred restaurants: 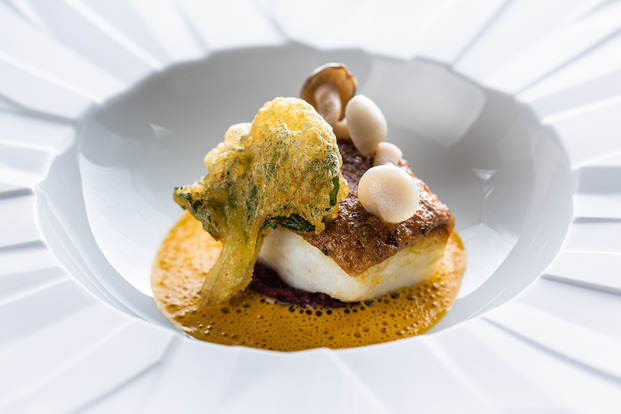 A couple of kilometres outside of Tallinn Old Town you’ll find Port Noblessner, which is named after two St. Petersburg businessmen – Emanuel Nobel and Arthur Lessner – who built a submarine factory here in 1912 during the Russian Tsarist era. Within this complex sits a striking modern building with views out over the harbour, which plays host to Matthias Diether’s restaurant – named after the 180° view from its U-shaped open kitchen.

The evening commences with drinks and a creative array of snacks in the futuristic bar-lounge, which is centred around a feature ‘fireplace’; then it’s on to the dining room for the main event. Sit at the counter for a ringside seat and close-up views of the kitchen in action, or head for a more intimate table with harbour views on one of the elevated areas.

Brought up in southern Germany, Matthias's résumé includes an impressive number of top quality restaurants around the globe, but it was in his birth town of Berlin where he made his name, when his restaurant 'First Floor' was awarded a MICHELIN Star

Here at 180° he now uses that wealth of experience to create an impressive range of original, ambitious dishes with an array of flavour and texture contrasts, which display great attention to detail. Choose between the 6 course Matthias’ Inspiration/Matthias’ Inspiration from the Garden (vegetarian) menu or the 4 course Flavours of 180 Degrees. All menus come with a choice of three drinks pairings: two wine-based and one non-alcoholic.

The warm, engaging service team bring things together beautifully and help to create a delightfully relaxed environment where fun will be had by one-and-all. 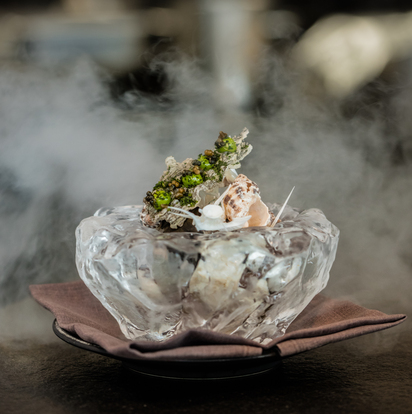 Head 10 kilometres northwest of Tallinn and you’ll find an impressive modern building in a terrific coastal location, boasting far-reaching views over Tallinn Bay and the Gulf of Finland. It shares the building with sister restaurant NOA (awarded a MICHELIN Bib Gourmand), but has its own unique identity – enter via the main door and turn immediately left.

The intimate lounge has a romantic feel; enjoy aperitifs and snacks here while enjoying the stunning sunset and splendid view over Tallinn Bay and the Gulf of Finland. After this, move to the stylish, Scandic-style restaurant with its sleek light wood, sheepskins draped over the chairs and huge floor-to-ceiling windows.

The on-view kitchen is the beating heart of the place, and, within it, the open fire plays a key part. The refined dishes are highly original in their make-up, with many complex, detailed elements, and they are executed with skill and confidence. Bold, complementary flavours and many layers of textures feature throughout the 7 courses, which hold your attention throughout the meal.

Head Chefs Tõnis Siigur and Roman Sidorov deliver the dishes to the tables themselves, which are proudly presented along with detailed descriptions. Sit at the counter if you like to be close enough to the action to feel the heat from the fire – which is used to great effect and also provides some superb culinary theatre. Foraged and preserved ingredients play their part but it’s quality that leads the way here when it comes to the sourcing, with luxury ingredients that include scallops from Norway and lobster from Canada.

When it comes to the wine, there’s the choice between two well-selected wine flights – do take the sommelier’s advice. The affable front-of-house team clearly take great pride in what they do here and their enthusiasm is contagious. 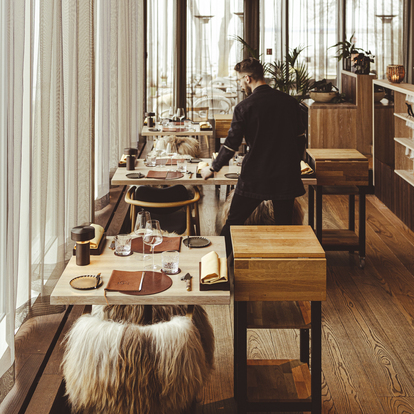