Get bowled over by five popular types of the Asian staple.

There is no escaping from rice when one is in Asia. From rice bowls and rice rolls to rice noodles and rice puddings, the humble grain is synonymous with cuisines in the region, including Chinese, Thai, Vietnamese and Indian.

According to The Economist, around 90% of the world’s rice is consumed in Asia — 60% of it in China, India and Indonesia alone. Many Asian dishes, such as curries, stews, meat and vegetables, are best wolfed down with a piping hot bowl of rice, and rice can also be fried with a gamut of ingredients.

Here’s the scoop on five popular varieties of rice in Asia. 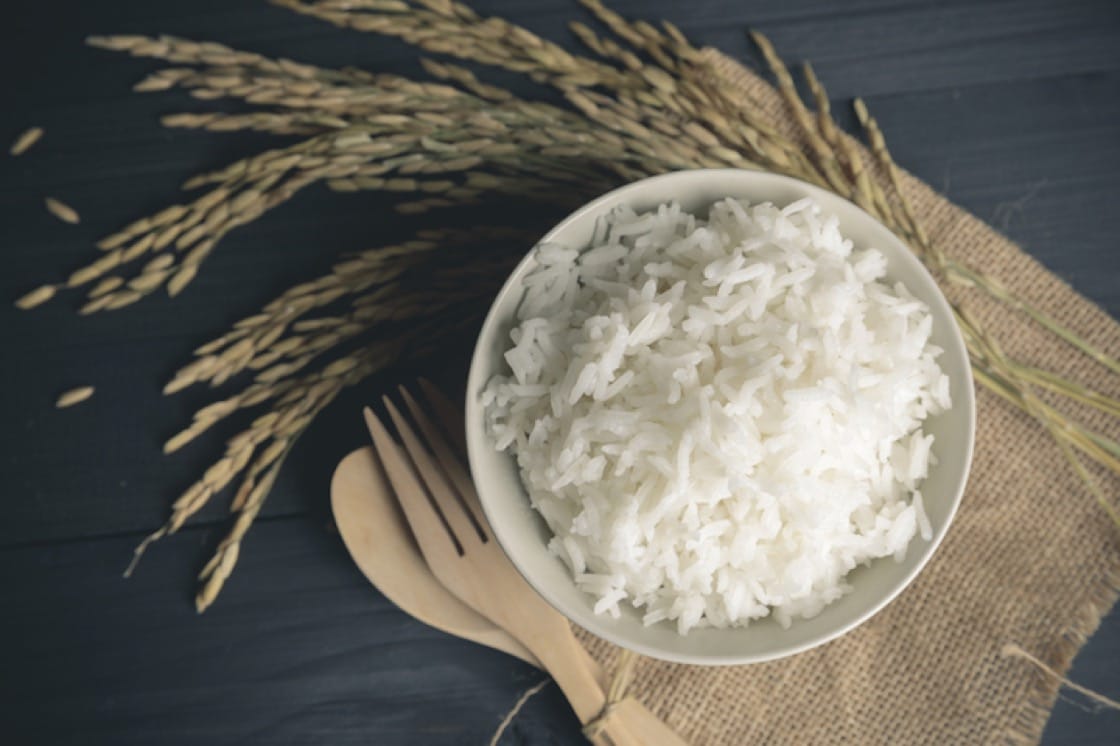 Jasmine rice gets its name from the gentle floral aroma that wafts out from the cooked grains. (Credit: Shuttlestock)
1. Jasmine Rice From Thailand

Arguably the most common rice variety across Asia, the medium-grain rice stands out for its distinctive floral fragrance, which alludes to its sweet-smelling jasmine flower. Native to Thailand, the rice species is known as “khao daw mali” in Thai, which is a literal translation to its English name. The white rice grains have a fluffy and slightly moist and sticky texture, which soaks up the spices and flavours of Asian stir-fried dishes and curries. The chemical compounds, which give off a pandan-like aroma, break down quickly so its flavour fades over time. 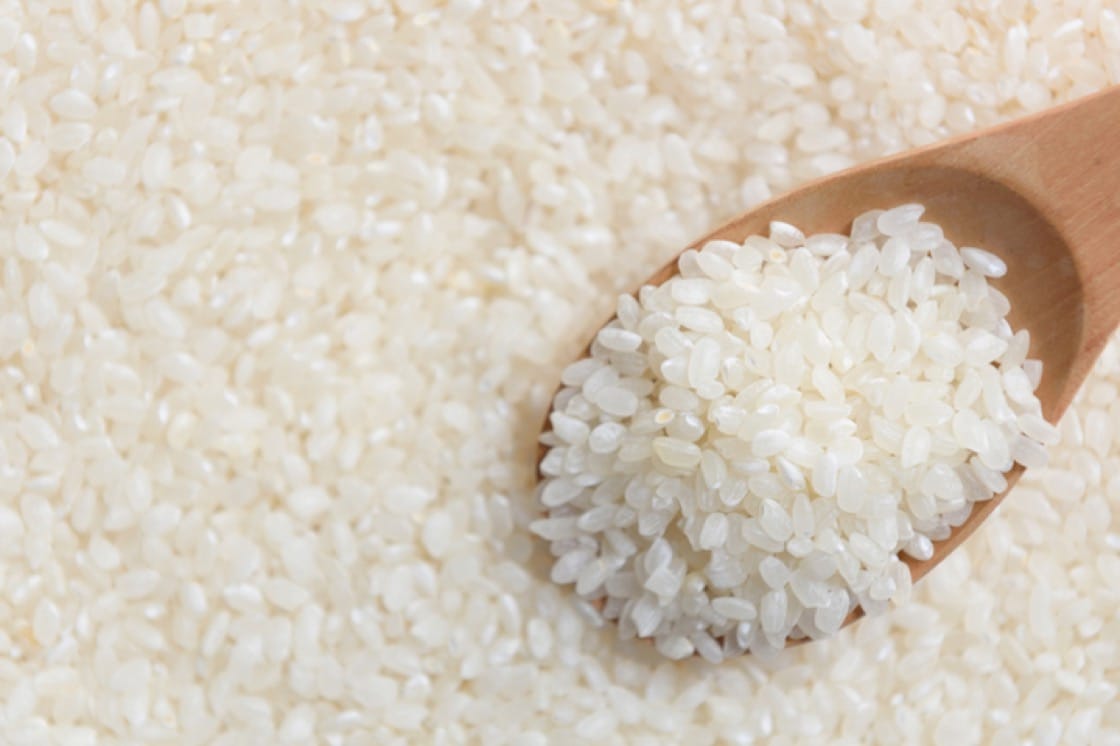 The Japanese are known for being voracious rice-eaters. So much so that there are about 300 varieties of Japanese rice. The most common variety is the Koshihikari rice (or koshi rice), a white, polished short grain which is used in almost everything from sushi to chirashi bowls.

The rice grain, which has a shiny sheen, is more sticky than other varieties as it has a higher starch content. This makes it easier for the rice to be gently pushed and sculpted into sushi rolls and onigiri (Japanese rice parcels). Koshihikari rice has a firm consistency with a naturally sweet and nutty flavour and aroma. 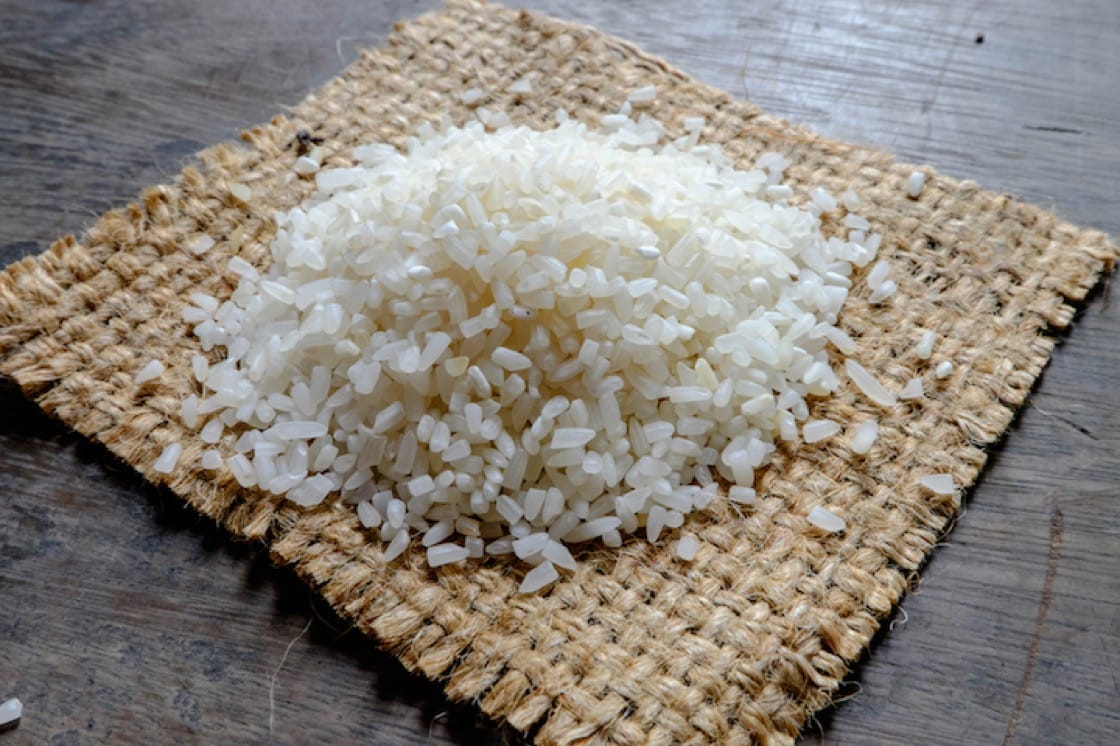 Broken rice is a by-product from the rice milling process. (Credit: Shuttlestock)

Most people consume whole and complete rice grains. Not the Vietnamese, who have found novel ways of using broken, imperfect grains of leftover white rice from the drying and milling processes of rice production.

Instead of throwing away these smaller grains, they have made the Com Tam a essential part of their cuisine. The broken rice was considered a staple among poor labourers as they were made available cheaply. These days, the rice is widely eaten by all Vietnamese. Its taste and texture is similar to normal rice, just that its size is smaller. Com Tam is served with dishes such as marinated grilled pork chop (suon nuong), cha ca (deep-fried fish patty) and cha trung (steamed egg with pork). 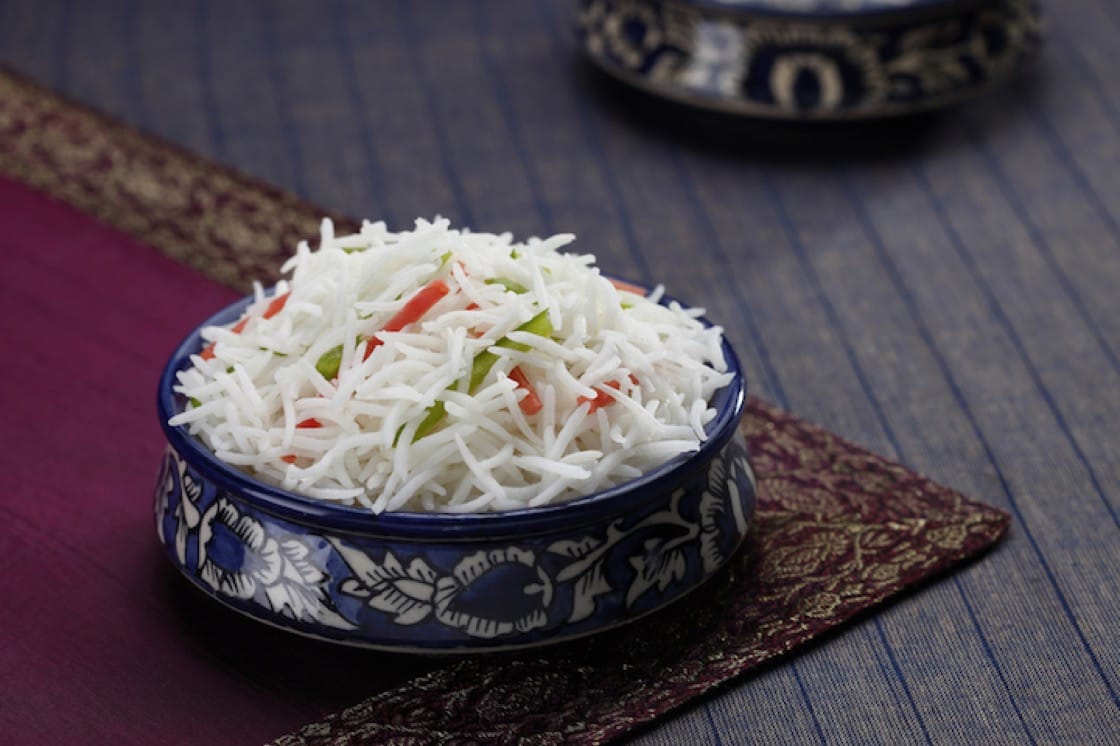 Basmati rice, which originates from India and Pakistan, can be commonly found in briyani. (Credit: Shuttlestock)
4. Basmati Rice From India

This long-grain white rice from India and Pakistan is commonly found in biryani and pilaf dishes, and it is also a trusty sidekick of curries. Basmati, which derives from the Sanskrit word for “fragrant”, is also known for its fluffy texture. This is because each of the skinny grain remains separate from each other, allowing curries and sauces to coat each grain more extensively. Flavours-wise, basmati rice is light and nutty. 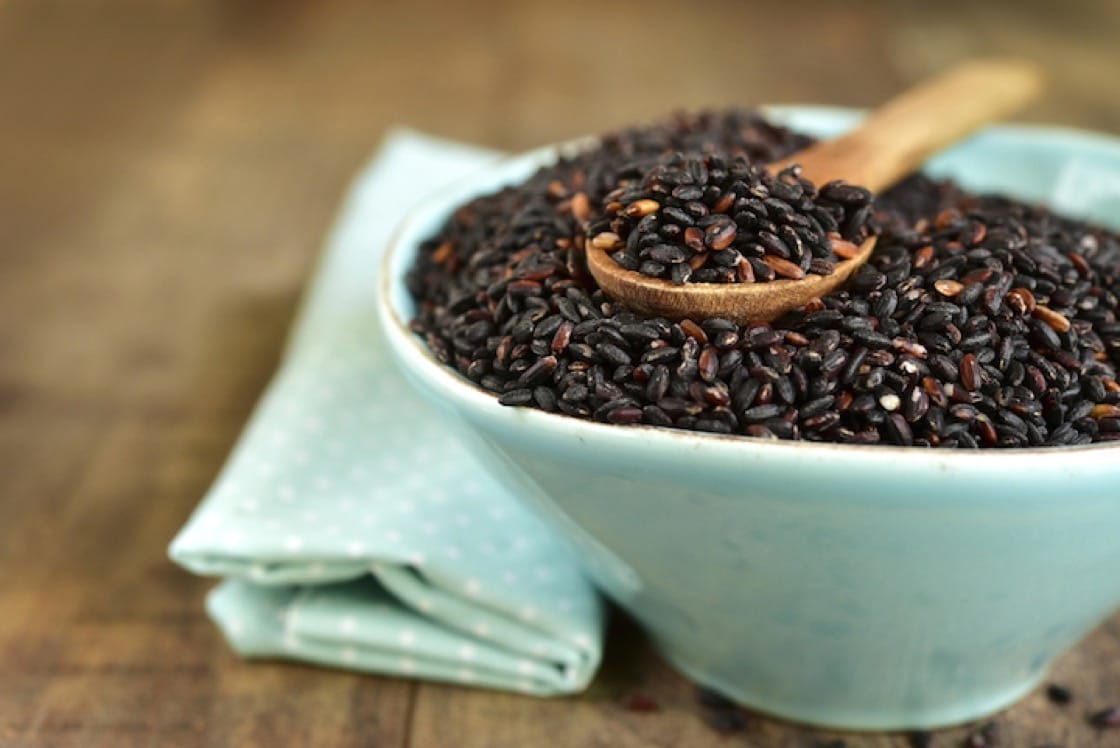 Black rice is chock-full of nutrients such as antioxidants, vitamins and iron. (Credit: Shuttlestock)

5. Black Rice From Across Asia

Known as “forbidden rice” in Chinese, the naturally jet black rice started out as an antidote for kidney, stomach and liver problems until noblemen in ancient China seized control of the rice. The revered grains were later made available only to the royal family and the upper crust of society. Denser and plumper than brown rice, the grains have a nutty and slightly sweet flavour.

Black rice is chock-full of nutrients — the bran hull of grain is high in antioxidants and it contains anthocyanins that maintain healthy cholesterol levels and is a good source of fibre, iron and vitamins. Some popular black rice dishes include black rice pudding and Chinese black rice cake. Black rice is also eaten with greens and meat.