The "Evolution" tasting menu is comprised of the legendary chef’s iconic dishes as well as new seasonal creations.

Having decades of tenure at the late legendary Joël Robuchon’s longstanding restaurant empire isn’t uncommon. Axel Manes, executive chef of L’Atelier Saint Germain, in Paris, has been with the company since 2006; Olivier Limousin, executive chef of L’Atelier Bangkok, since 2003; and Éric Bouchenoire, head of research and development of the group, since 1985. The team at L’Atelier de Joël Robuchon in New York City—corporate executive chef Christophe Bellanca, corporate executive pastry chef Salvatore Martone and corporate head baker Tetsuya Yamaguchi—have a combined 50 plus years of experience working with chef Robuchon.

So it’s no surprise that when Robuchon passed suddenly last August the world within the group came to a crashing halt.

To keep Robuchon’s spirit alive, the L’Atelier New York team, led by Bellanca, launched an “Evolution” tasting menu at the end of 2018 composed of some of chef’s most iconic dishes as well as seasonal items by the in-house team. Robuchon classics on the current menu include the foie gras Royale with Parmesan foam amuse and caramelized free-range quail stuffed with (more) foie gras. It’s priced at $230 per person, and each guest gets a serving of Robuchon’s classic and decadent pommes purée. 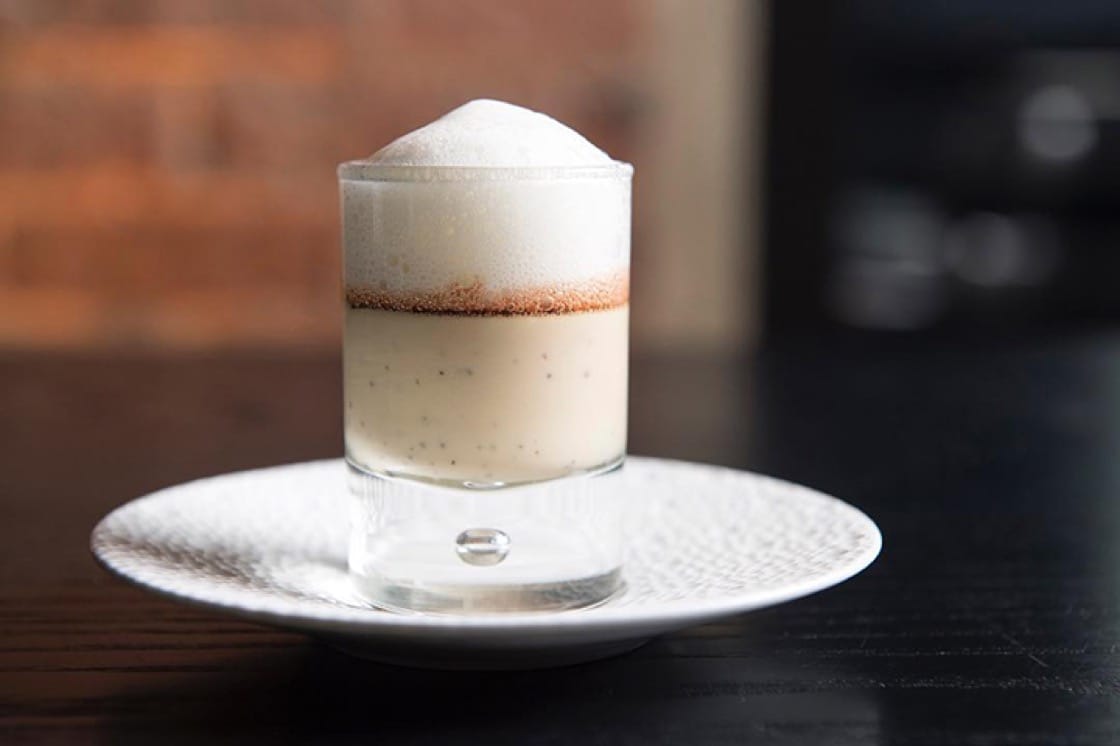 The foie gras amuse has been on the L'Atelier menu worldwide for over a decade.

Bellanca and team, too, have spread their wings in the kitchen, carrying Robuchon's torch with menu items that progress in both a logical and balanced way, and show a range of ingredients and cooking techniques. The scallop is served as a carpaccio, the beef is grilled and then roasted. The grilled wagyu ribcap dish is served with a black garlic condiment, matsutaké and eggplant compote. “I had a recipe for black garlic purée, our sous chef came up with adding the matsutaké mushrooms and we all worked to finalize the plating,” says Bellanca. “We also taste every complete dish together—exactly as a diner would experience it—and make adjustments as necessary. It’s important to put ourselves in the shoes of each guest.”

The menu item that quite possibly best represents Robuchon’s legacy is the aforementioned foie gras amuse. “[It’s] been on the L’Atelier menu worldwide for over 10 years,” says Bellanca. “It seems simple, but represents Joël Robuchon’s approach to cuisine quite well. It takes three ingredients—foie gras, an intense Port reduction with black pepper and Parmesan—and achieves a perfect harmony. This is his quintessential philosophy of simplicity, quality and technique.”

Diners should expect those core philosophies in the menu, which will evolve throughout the seasons—specifically technique. “And the compounding knowledge we acquire,” adds Martone. “When you work with a technique, you continue to apply it to different mediums and ingredients, always pushing the cuisine forward.”

Martone began working for Robuchon 12 years ago, first serving as pastry chef at L’Atelier NYC’s first iteration in the Four Seasons Hotel, and most recently as executive pastry chef at Robuchon’s Las Vegas properties. “I discovered a level I didn’t even know existed,” he says. “Robuchon was always open to team members contributing—if he liked a dish you created, he would introduce it to the menus worldwide. This sharing of ideas adds to everyone’s growth at the restaurants.” 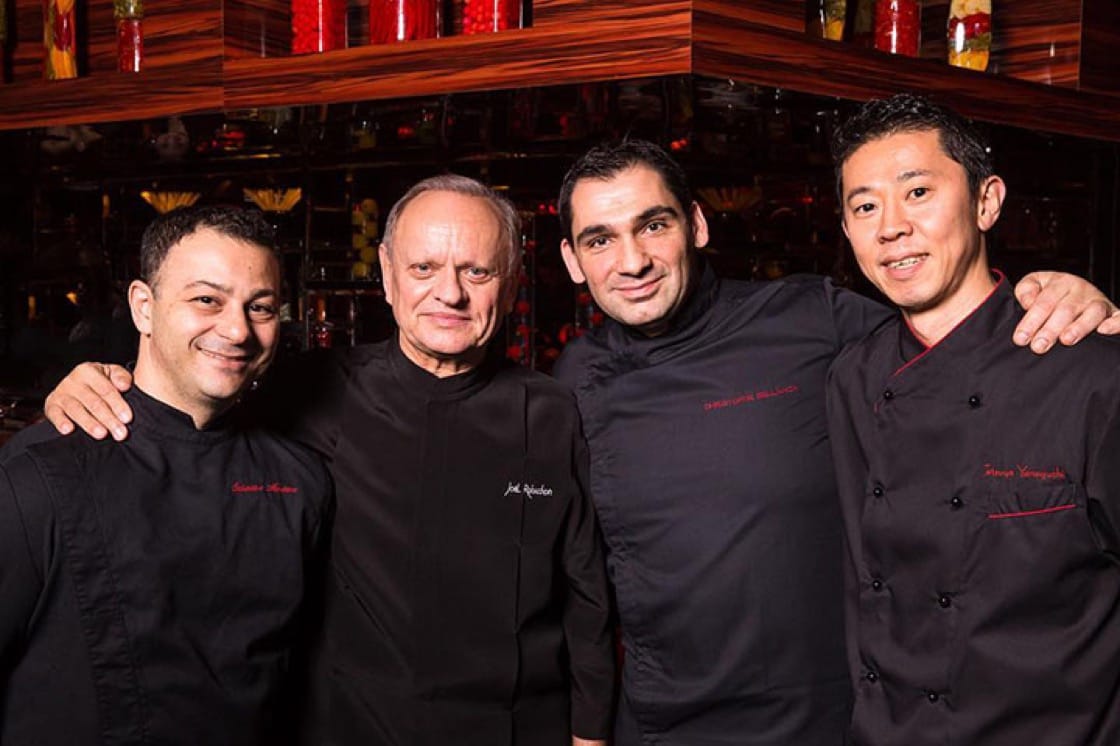 Yamaguchi has been with the company for nearly two decades. “I began as a baker in Tokyo, acquiring new skills and techniques as I continued to hone my craft,” he says. “Mr. Robuchon taught me to focus on the details, and that no job is too small.”

It’s up to Robuchon’s protégés to inspire budding chefs and implore their own life lessons gained throughout their careers in the behemoth restaurant group. Bellanca states he hopes to instill chef Robuchon’s precision and dedication to each guest’s experience to future generations.

“His belief was that cooking is a lifelong commitment,” adds Martone.

“He always said, ‘cooking is an art that starts with love,’” says Yamaguchi. “Love of people and ingredients. Affection appears in cooking. When a chef cooks, the first thing they must think about is that the customer will be eating from the heart. As with all art forms that move peoples’ minds, such as a painting or a film, cooking also entails strictness in the process of creation. Sometimes cooks get stuck in the process; however the smile of a guest, encouraged by the message of love that cooking brings, always helps push you ahead. I hope that the dishes we make today will give our guests a happy moment.”

The First Day I Got My Michelin Stars: Alain Verzeroli

Joël Robuchon Shares His Love and Knowledge of Cooking (Video)

Top French chef Joël Robuchon’s passion for cooking means he never stops learning and encourages him to set up a culinary school to pass on what he has learned.