In New York City’s restaurant landscape, Ariel Arce is a creative force to be reckoned with. Opened in 2017, Air’s Champagne Parlor was her first venue. A brightly colored, Deco-inspired wine bar in the West Village, Air’s put Champagne on the menu as the main attraction—it’s the kind of spot where you can casually drink bottles of bubbles that are way beyond the typical.

After Air’s Champagne Parlor, Arce opened Tokyo Record Bar in the building’s basement. Inspired by Japanese speakeasies and record bars in Japan where, you guessed it, guests can listen to vinyl and drink whiskey, her spin on the concept interwove the two and made it more interactive for the guests. There are only two seatings a night where attendees sample a prefixed menu of izakaya-style snacks, sake and cocktails while helping curate the vinyl playlist as the DJ spins live. (They also have a late night bar where you can snack and drink rare sakes and cocktails.) 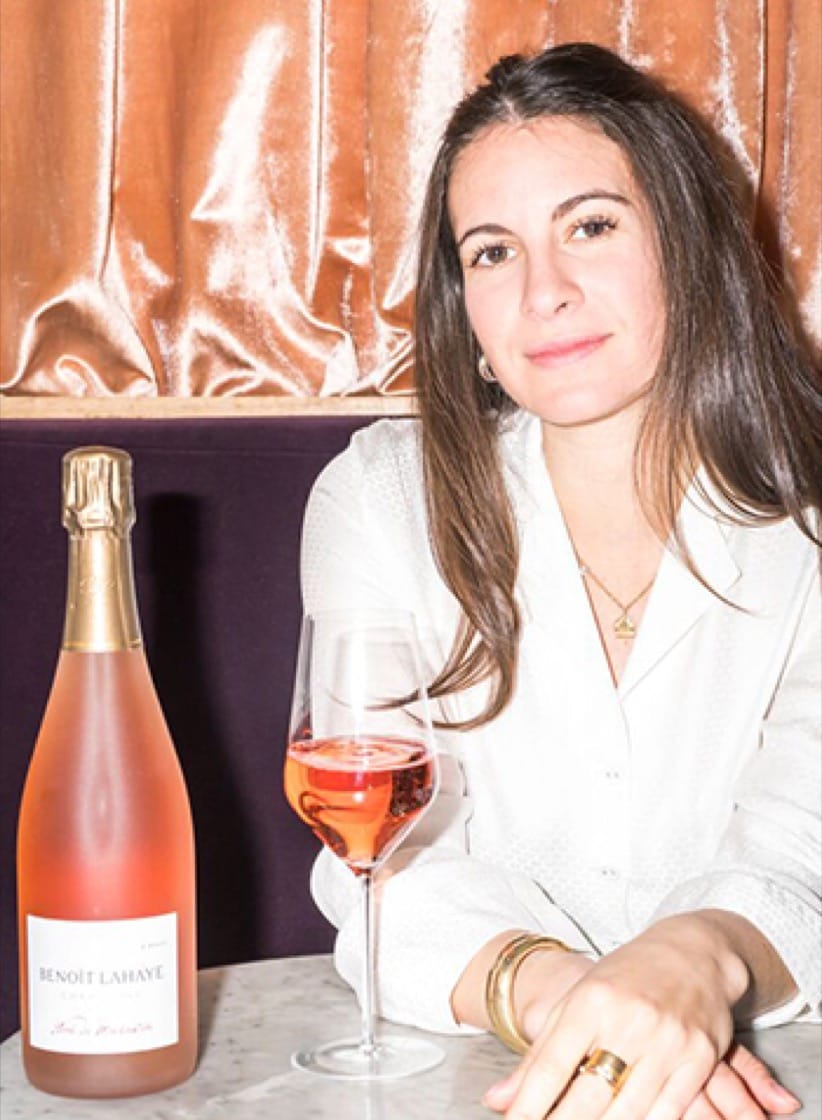 This coming spring, Arce is opening her third bar and restaurant in the city. Also nouveau in the industry, the next venture will be a dinner party-esque experience that will vary night to night, depending on who’s hosting it. “Each host will be a beverage professional—be it a winemaker, a distiller, a beverage director or a sommelier—sharing their experience with the guests,” she says. Accompanying the host will be a variety of different music and foods to heighten the experience. “My goal is to create a community of really interested and engaged consumers that can learn about wine and spirits without being in a classroom-type of environment. It hopefully makes learning about these things less scary.”

We met with Arce to talk wine and some of her favorite spots here in New York to visit after work. “As a person that was born and raised in this city, I know my late night spots.” says Arce. “Just to be upfront though, I’m not going to be eating healthily at 2:00 a.m. I don’t really eat that healthy in general, to be honest.”

From late night pub grub to music venues where you can drink, here are her favorite after hours spots in the city that never sleeps. 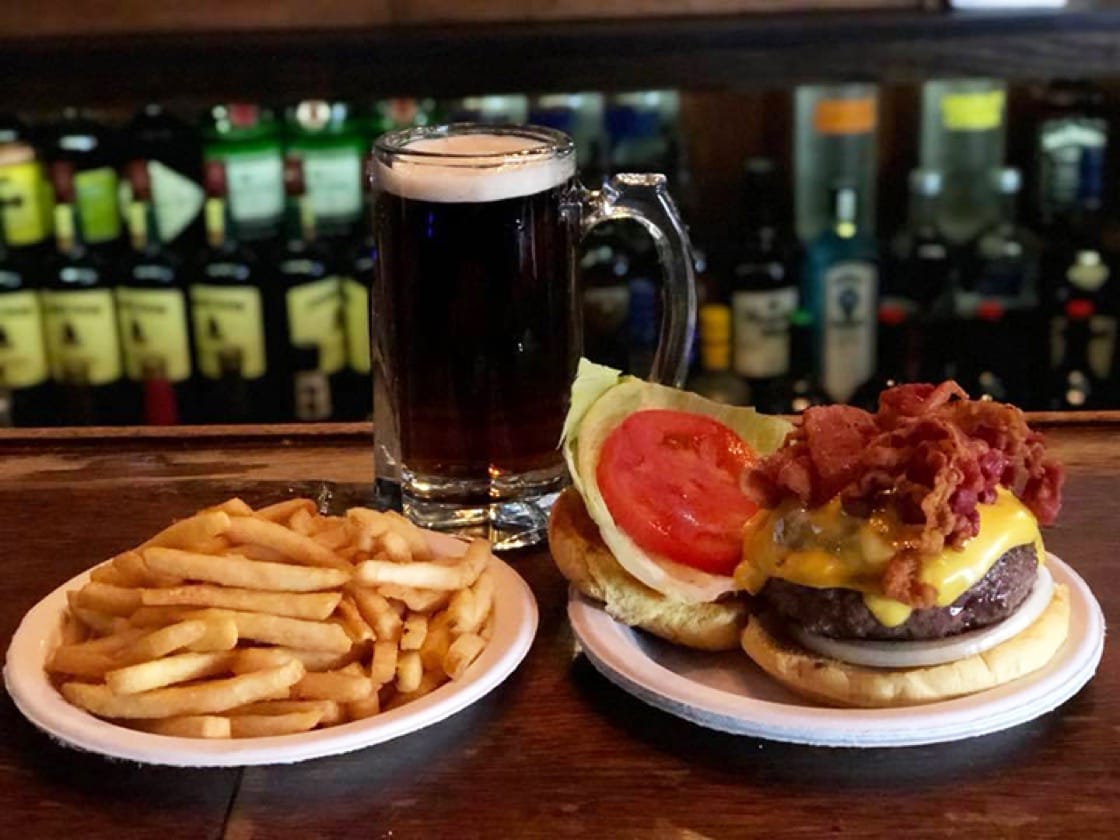 “I’m really lucky to live in Greenwich Village because I’m in the middle of everything,” says Arce. “From the age of 16 this was a regular destination.” One of the most iconic burger joints in the neighborhood, this bar has been slinging patties until the early morning hours since 1961. Arce remembers the same bartender—Tom, an actor and writer—giving her money to play the jukebox while she waited for food when she was younger. Until recently, the bar served only a light or dark house ale on draft (similar to McSorley's Tavern in the East Village) and its burger came with either cheese, bacon or house-made chili. It’s no frills and working class. “The last time that I was in there, though,” says Arce, “Tom was gone and they had put a veggie burger on the menu. That really bothers me.” If you're not a native New Yorker, it shouldn’t be a grievance of yours or a reason not to visit.

“This is the place to go sit at the bar [late night] and get a steak frites and a cocktail,” she says. “I sell alcohol for a living so I really try not to drink when I’m not working. But, when I do, I really love a tequila Gimlet. Minetta Tavern serves a Gimlet that’s really simple and bright with a classic blanco [tequila at the base]. I really just drink these things for the lime juice so it has to have that high acid flavor.”

“If you’re in Williamsburg, this is the place,” recommends Arce. “It’s all about the greasy fried chicken.” While you’re at it, try their killer take on the piña colada—which has amaretto liqueur floated on top. For a “healthier” option, they also make a loaded nacho plate.

“This is the best version of kati roll in the city,” says Arce. “You can tell it’s the place to be on weekends by how many drunk kids are there [eating]. It’s great to roll in after work super sober.” While The Kati Roll Company—which has been around the city for a long time—has multiple locations throughout the city (and a location nearby this restaurant), this tiny upstairs eatery serves a far superior version according to Arce. “Everything there is just so good.”

For those who aren’t familiar with kati rolls, they are a traditional Indian street food. Think taquitos, spring rolls or lumpia—except not deep-fried. On the menu here, they are known as the famous Calcutta Nazumi rolls. Tucked inside flaky parathas—a type of flatbread common throughout India, Pakistan and Nepal—is a mouthwatering combination of egg, a protein and a hefty amount of spice (there are also vegetarian options of course). According to Arce, they burst with a lot of citrus, red onion and peppery heat. “You can ask for them to be really, really spicy,” she adds. “And I love aggressively spicy food.”

“Located up in the 50s on the East Side, this place serves until 4:00 a.m. and makes an incredible whiskey highball,” says Arce. “They also have live music every night until 2:00 a.m.,” so expect a constant rotation of Juilliard students, she says. A lesser known gem, this is the epitome of Japanese speakeasies in the city. Expect a bevy of rare Japanese whiskies, jazz, Japanese business men and diplomats. If men still wore full suits with fedoras and you could still smoke cigarettes in bars, this would be the audience in attendance. Also serving Japanese izakaya fare—think wasabi octopus or udon noodles—late into the night, this bar is worth the journey uptown. “Finding this place was a little slice of heaven,” adds Arce.

The Best Wine Glass for Your Wine

Blooms Tea's Elle Lau talks about the culture of afternoon tea—don't confuse it with high tea.