Halloween is practiced many different ways throughout the world, and there’s no shortage of controversy about its exact origins in each country. Or so says Wikipedia. Look, we’re not the best resource for running down the history of the holiday, but we’re plenty qualified to give our opinion about which country does it best.

Hands down, the coolest version of Halloween is Día de los Muertos, a vibrant celebration of remembrance for those who’ve passed. Again, we’re not here to litigate how the holiday started. We’re just here to codify the undeniable consensus that Mexico has the planet’s premier Halloween-adjacent event. With that settled, we’ll move on to explaining what any of this has to do with hotels.

You can find hotels made from old mansions in virtually every corner of the globe, but Mexico has a unique abundance of residential-style accommodations; hauntingly beautiful houses filled with the kind of character that can only come from a lifetime of personal care and passion. For decades these spaces were used as private family homes, and as a result, there are traces of warmth and intimacy and all the ghoulish and ghastly events that occurred there.

Just kidding about that last part. Or are we?

Oaxaca City, Mexico
A stately 18th-century residence on the west side of Oaxaca City is now Grana B&B, and it’s safe to say that it’s rather more grand than the bed-and-breakfast tag ordinarily implies. Its 15 rooms have been left largely intact — a necessity given the house’s landmark status — but they’ve been updated in an eclectic, contemporary style, mixing traditional craft and modern design in roughly equal measure. 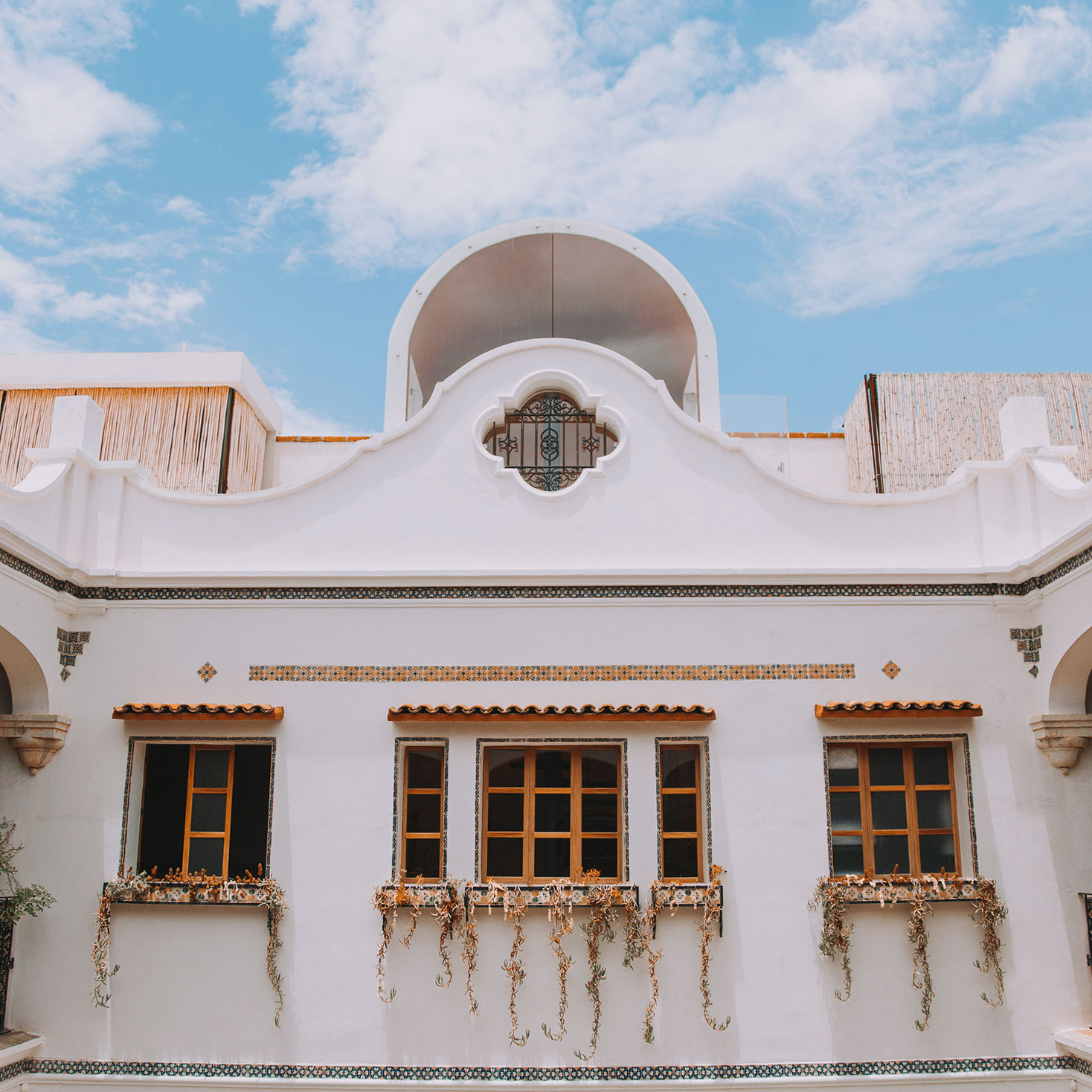 Puerto Vallarta, Mexico
This lovely pair of adjoining villas in Puerto Vallarta was once home to Elizabeth Taylor and Richard Burton — and while the connection is part of its charming history, and its most lavish suite bears Ms. Taylor’s name, what’s important about Casa Kimberly is the sheer extravagant romance of the place as it stands today. 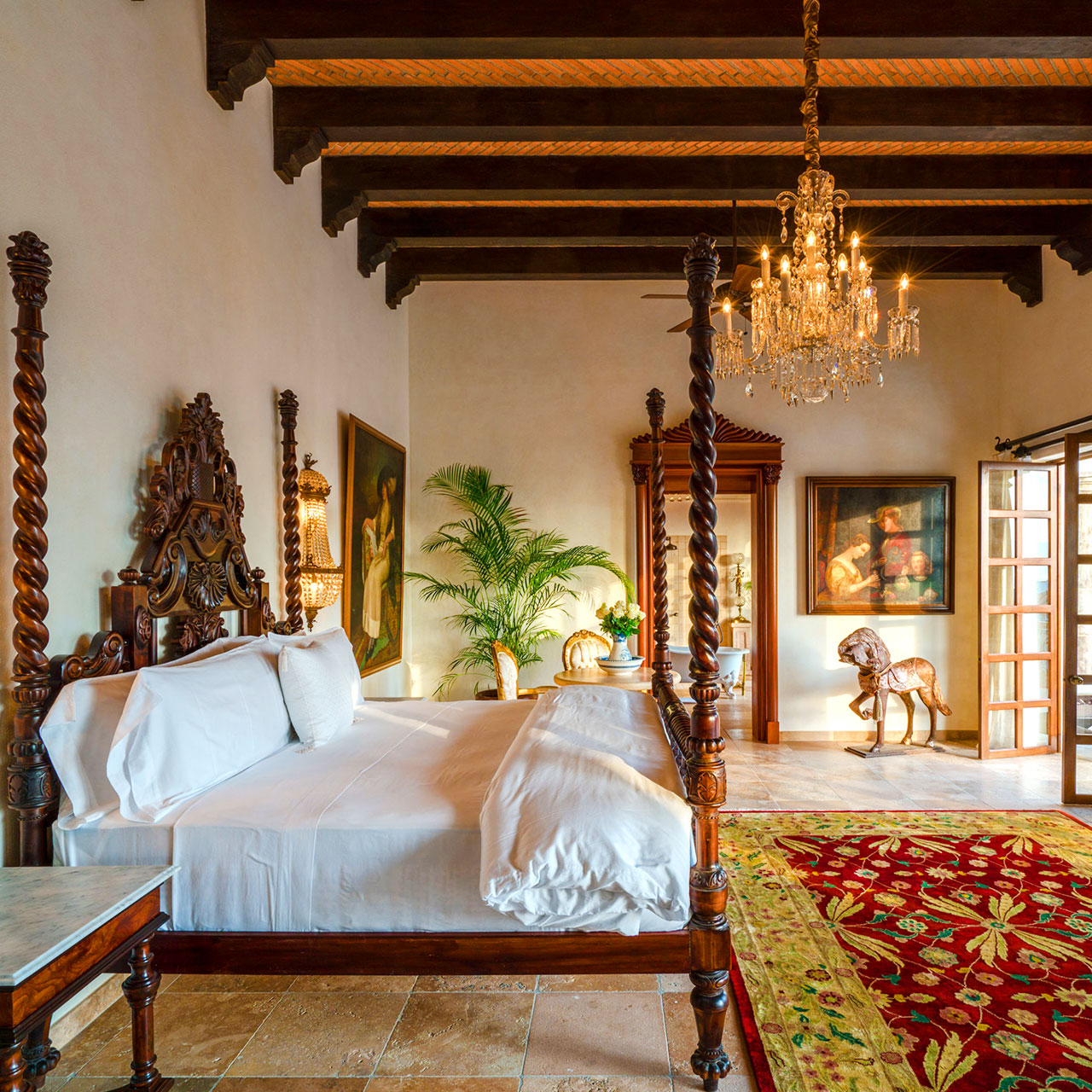 Mexico City, Mexico
In the hip Mexico City neighborhood of Polanco, set behind wrought-iron gates on a residential block, a 1930s mansion and mid-century annex are home to Pug Seal Allan Poe. The aesthetic in the hotel’s 21 rooms and suites is clean and modern, but there’s a whimsical edge to these interiors, one that’s inspired by nature — fitting, given the Pug Seal Allan Poe’s proximity to the urban oasis of Chapultepec Park. 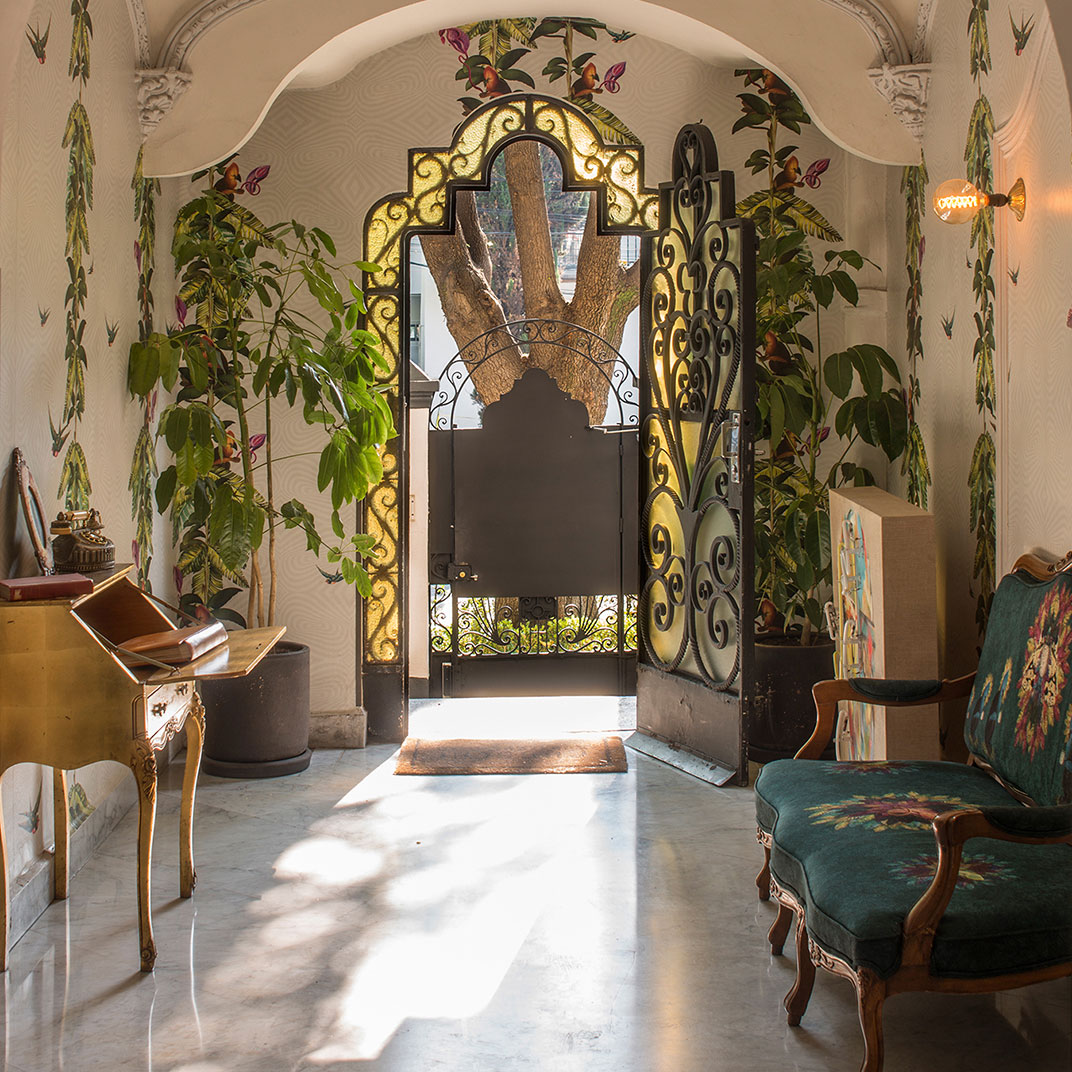 Mexico City, Mexico
You’d be hard pressed to find a more exemplary hospitality success story than casa9. Originally built in the early 20th century as a decadent private residence for a wealthy family, the house was left neglected for decades and slowly fell into total disrepair before a new family gave it a top-to-bottom makeover. Now, years later, it exists as casa9, one of the most exquisite B&Bs in Mexico City. 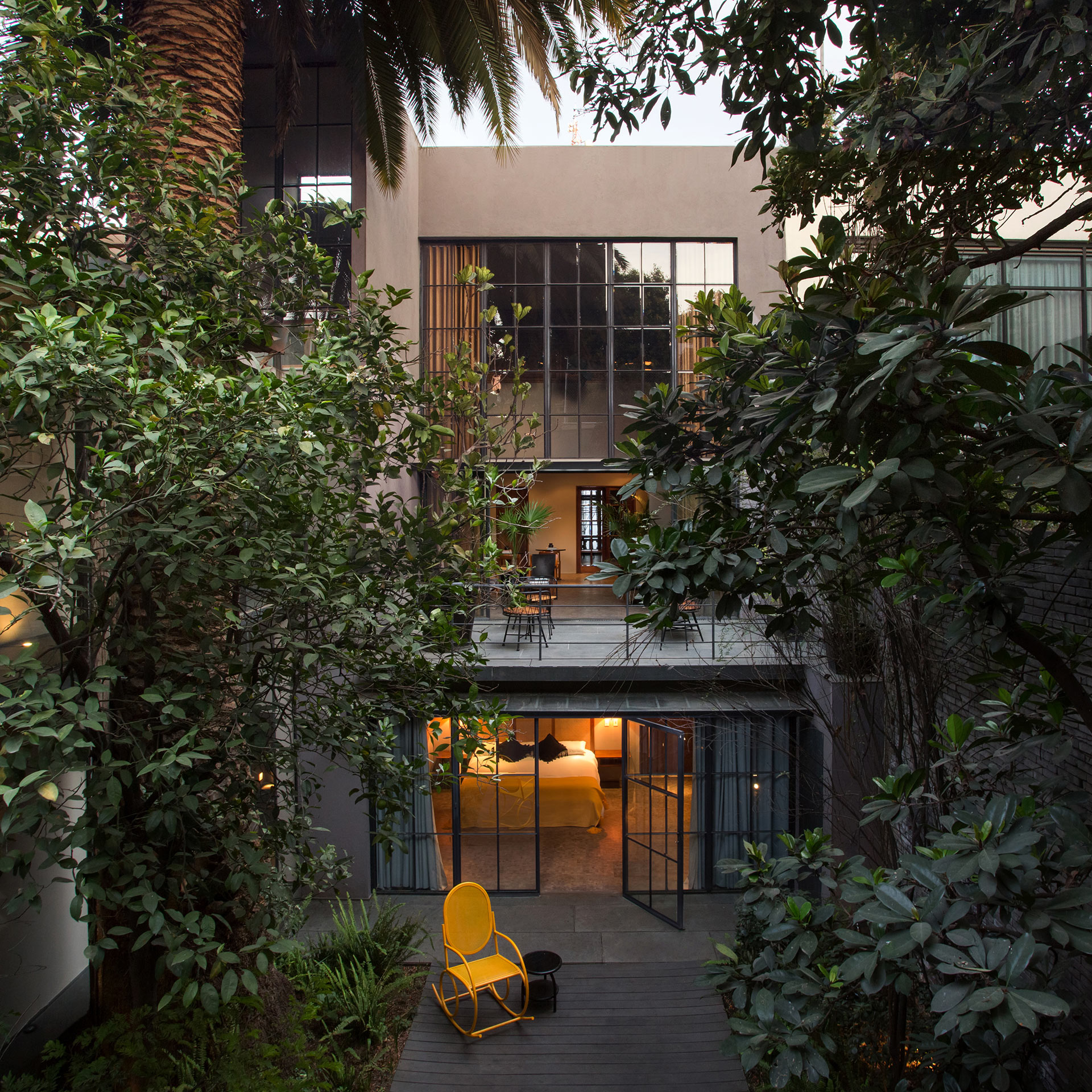 Mexico City, Mexico
Ignacia Guest House is no ordinary guest house. Set in the upscale Colonia Roma, the mansion that’s stood on this site since 1913 was already impressive enough. Now, thanks to an ultra-modern expansion by architect Fermín Espinosa and designer Andrés Gutiérrez, it’s the kind of house that gets written about in architecture magazines — and one of the most unique hotel experiences in Mexico City. 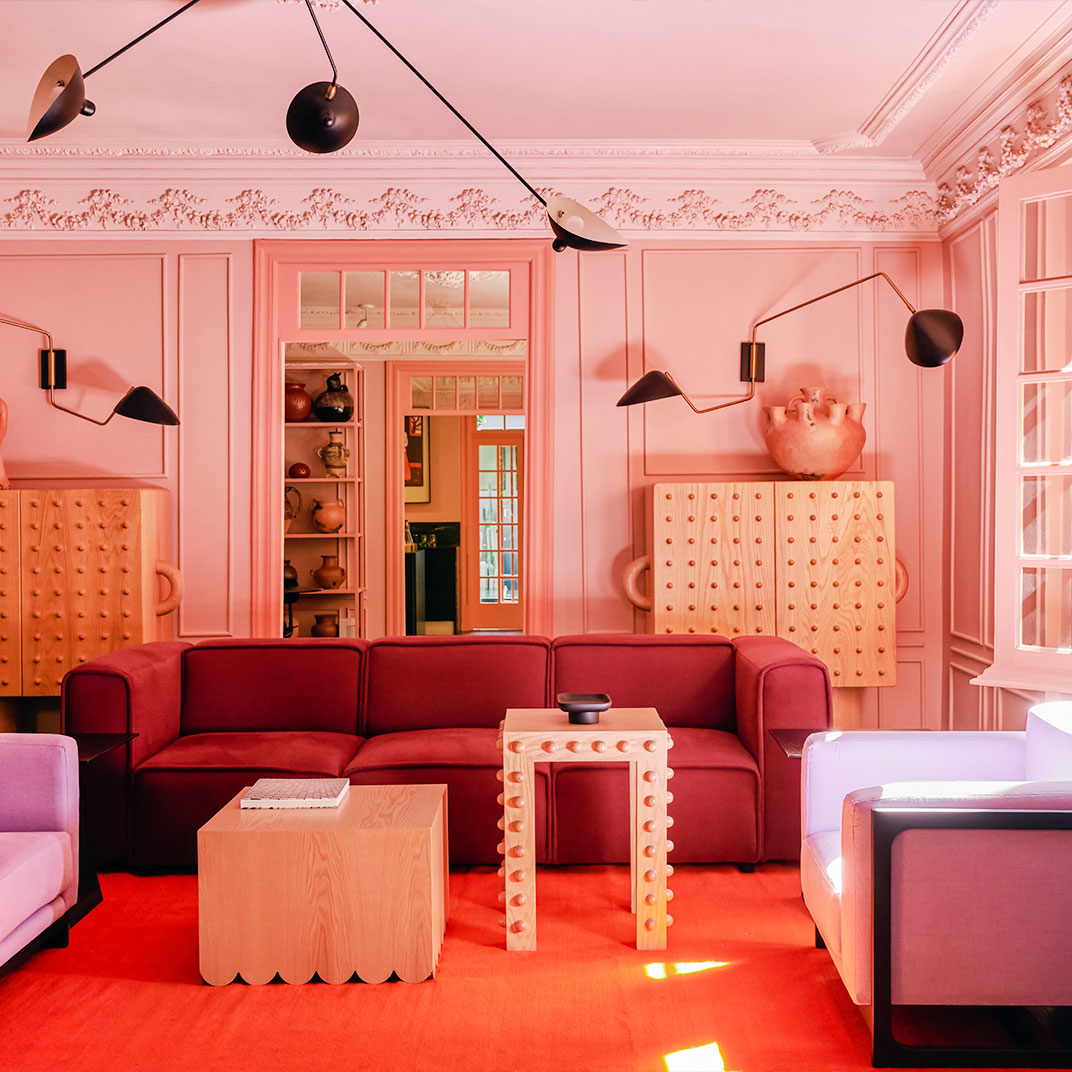 Mexico City, Mexico
Mexico City’s charming and stylish Roma district feels almost European, and there’s more than a little bit of that old-world elegance about the turn-of-the-century mansion where Nima makes its home. Once inside, however, you’ll find the style is contemporary, thoughtful, and subtly stylish — not a “design hotel,” per se, but a well-designed hotel all the same. 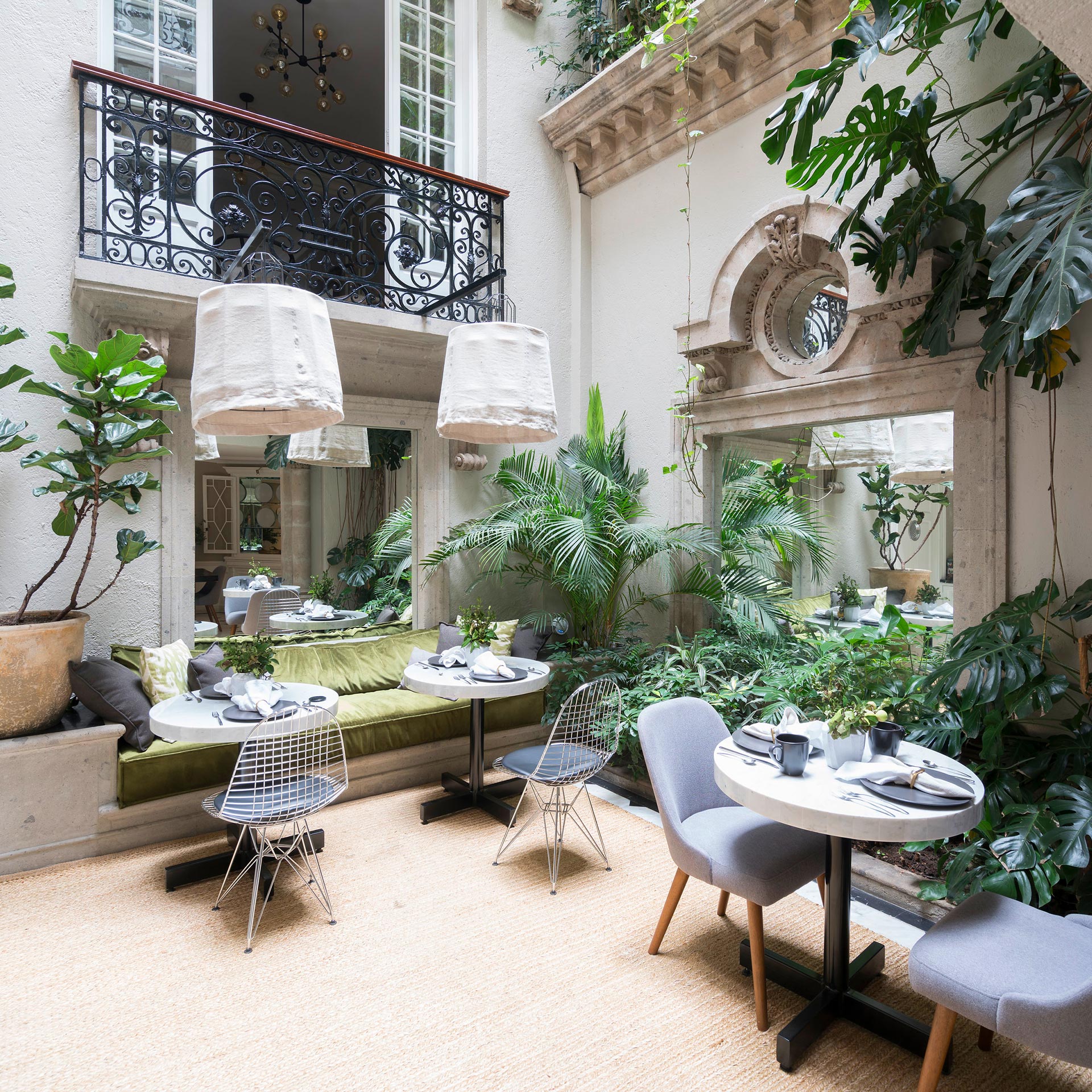 San Miguel de Allende, Mexico
The quietly stylish Mexican town of San Miguel de Allende is the perfect setting for a classic refuge like the Belmond Casa de Sierra Nevada, equal parts 16th-century residence and modern luxury boutique hotel. The level of service is high, as professional as it is warm, and the hotel’s old-world charm is always allowed to shine through. 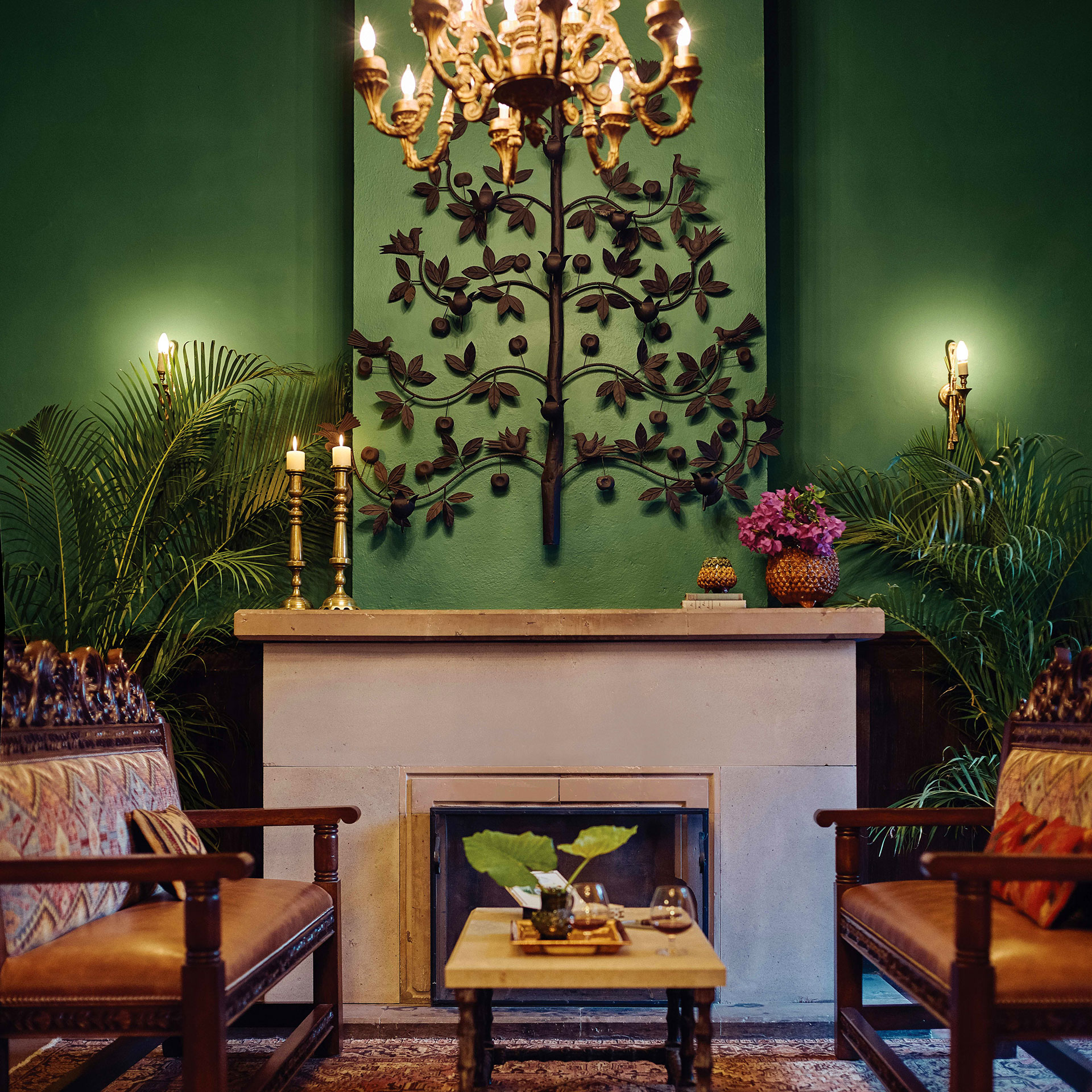 San Miguel de Allende, Mexico
It’s tempting to say that staying at L’Ôtel Chiquitos feels like visiting the home of a gracious friend. After all, the place has just four guest rooms and it’s housed in a renovated colonial mansion. But saying that risks shortchanging what’s really a masterfully executed hotel experience; one with an open-air courtyard, rooftop patio with gorgeous views of the town, and a cozy dining room. 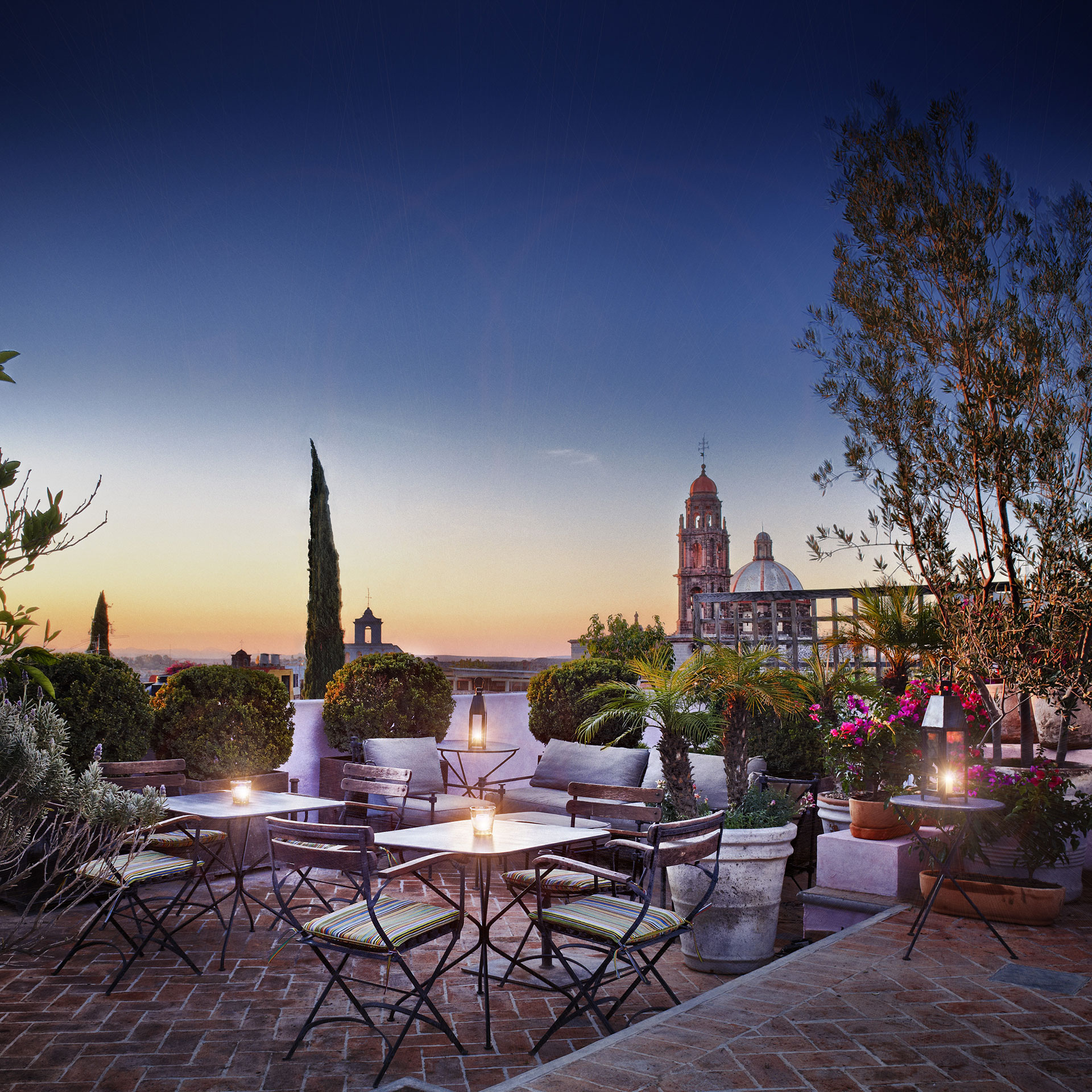 San Miguel de Allende, Mexico
They call Dôce18 a concept house because it’s not strictly a hotel. We’ll explain. In 1930, Syrian immigrant Isaac Cohen bought this 18th-century property, expanding it to house both his family and his businesses. Today, the top floor of old Casa Cohen contains the 11 rooms of L’Ôtel, but the rest of the architecturally significant building is taken up by shops, restaurants, bars, and galleries. 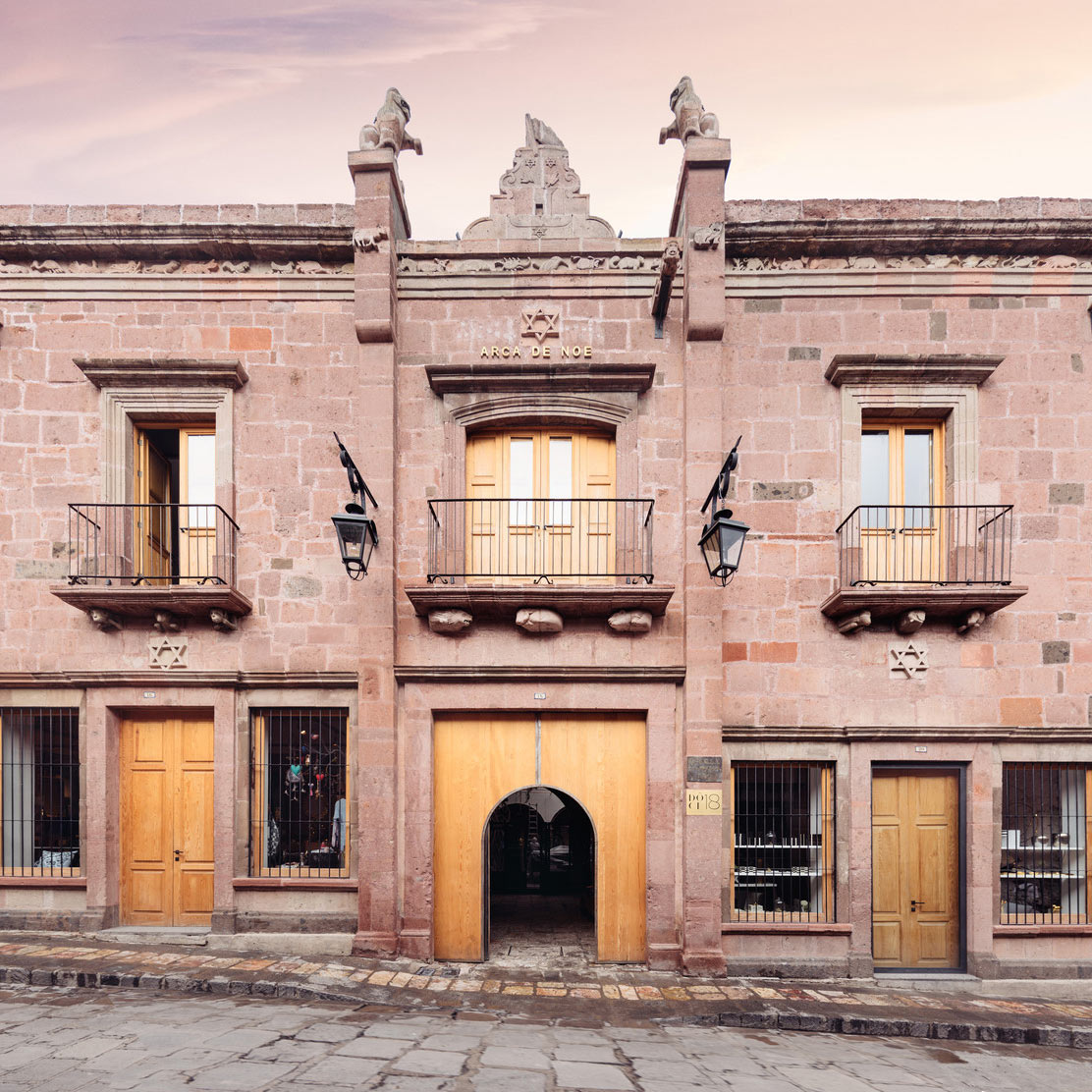 San Miguel de Allende, Mexico
Casa Blanca 7 is a 300-year-old house in San Miguel de Allende’s historic center, and as its name might suggest, it’s got a touch of Moroccan atmosphere, recalling in a subtle way the ultra-private riad hotels of cities like Casablanca and Marrakech. With just ten suites it can’t help but feel less like a hotel and more like a private house — one that’s impressively detailed and perhaps surprisingly contemporary. 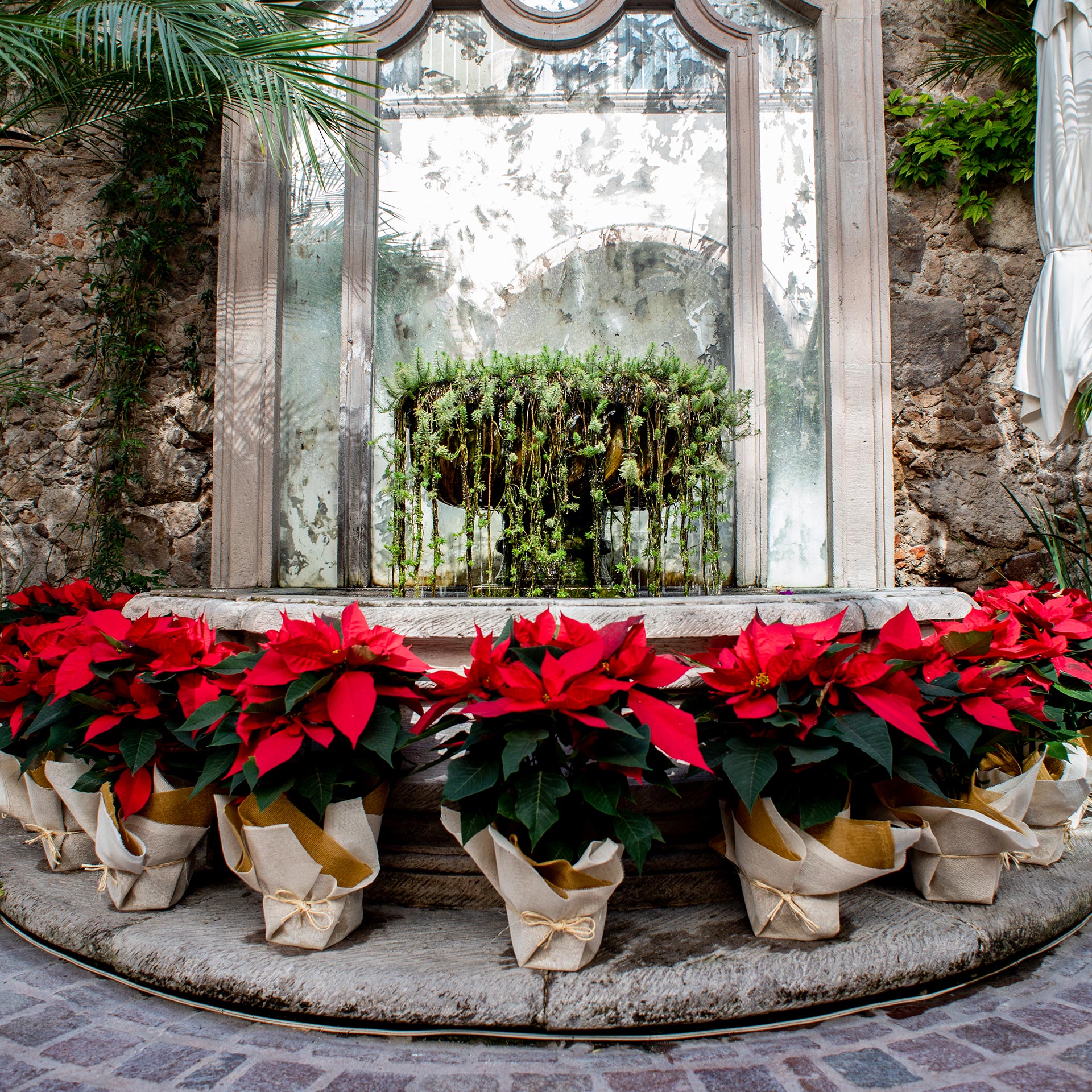 San Miguel de Allende, Mexico
Originally built for the local bishop in the 18th century, this stunning six-room mansion is tucked into the heart of San Miguel de Allende. The late fashion photographer Deborah Turbeville lived in Casa No Name for more than twenty years, and made it famous in a photo book. Fortunately the photos aren’t the only way to remember Casa No Name: in its new life it’s a luxurious little boutique hotel. 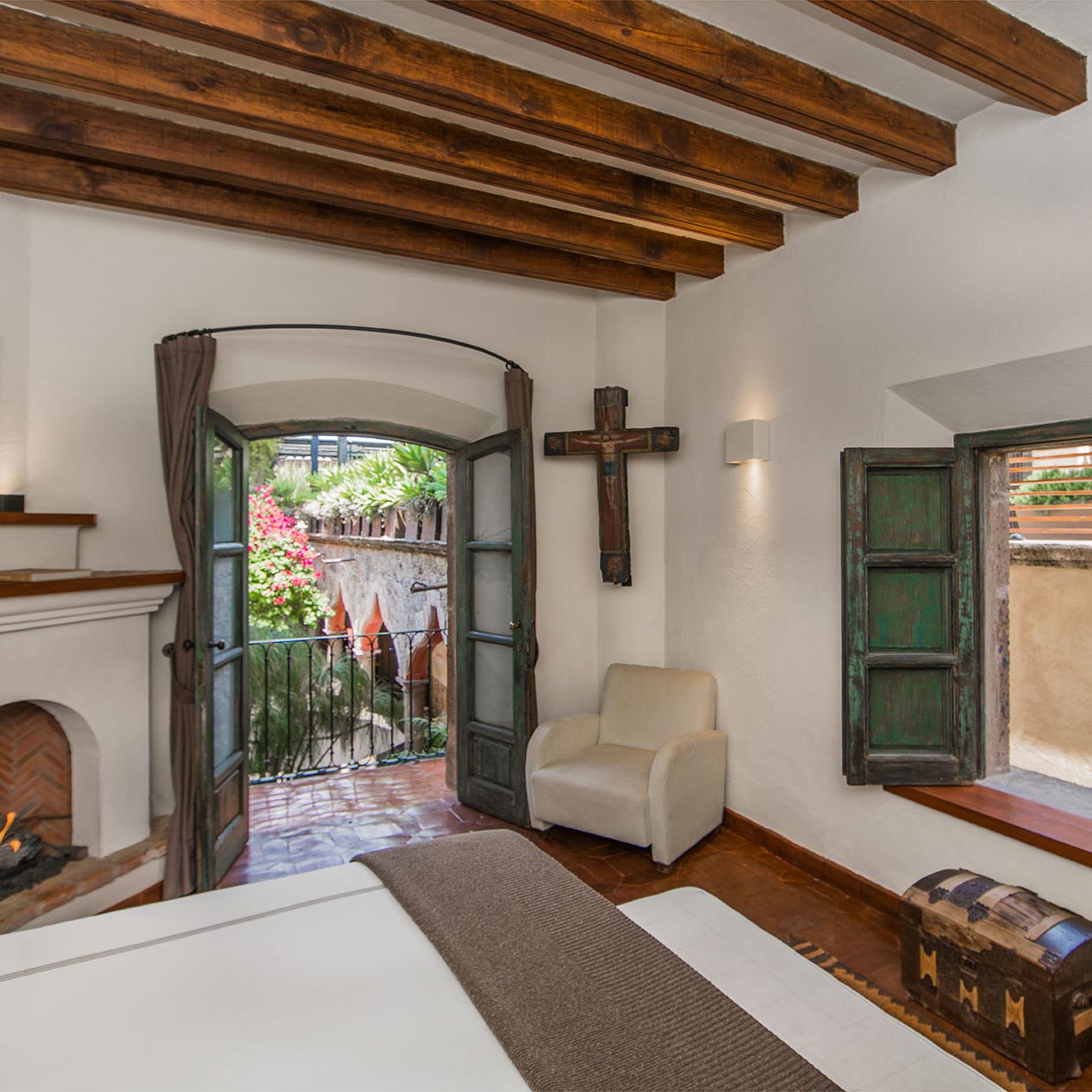 San Miguel de Allende, Mexico
San Miguel de Allende’s hotels tend to highlight the city’s colonial-era charm, but Hotel Amparo adds a generous measure of cosmopolitan contemporary design to its hospitality cocktail. It’s set in a 300-year-old residence surrounding a verdant courtyard, and with just five expertly renovated rooms, it still retains some of the atmosphere of a private home — albeit one with a rooftop bar and Le Labo bath products. 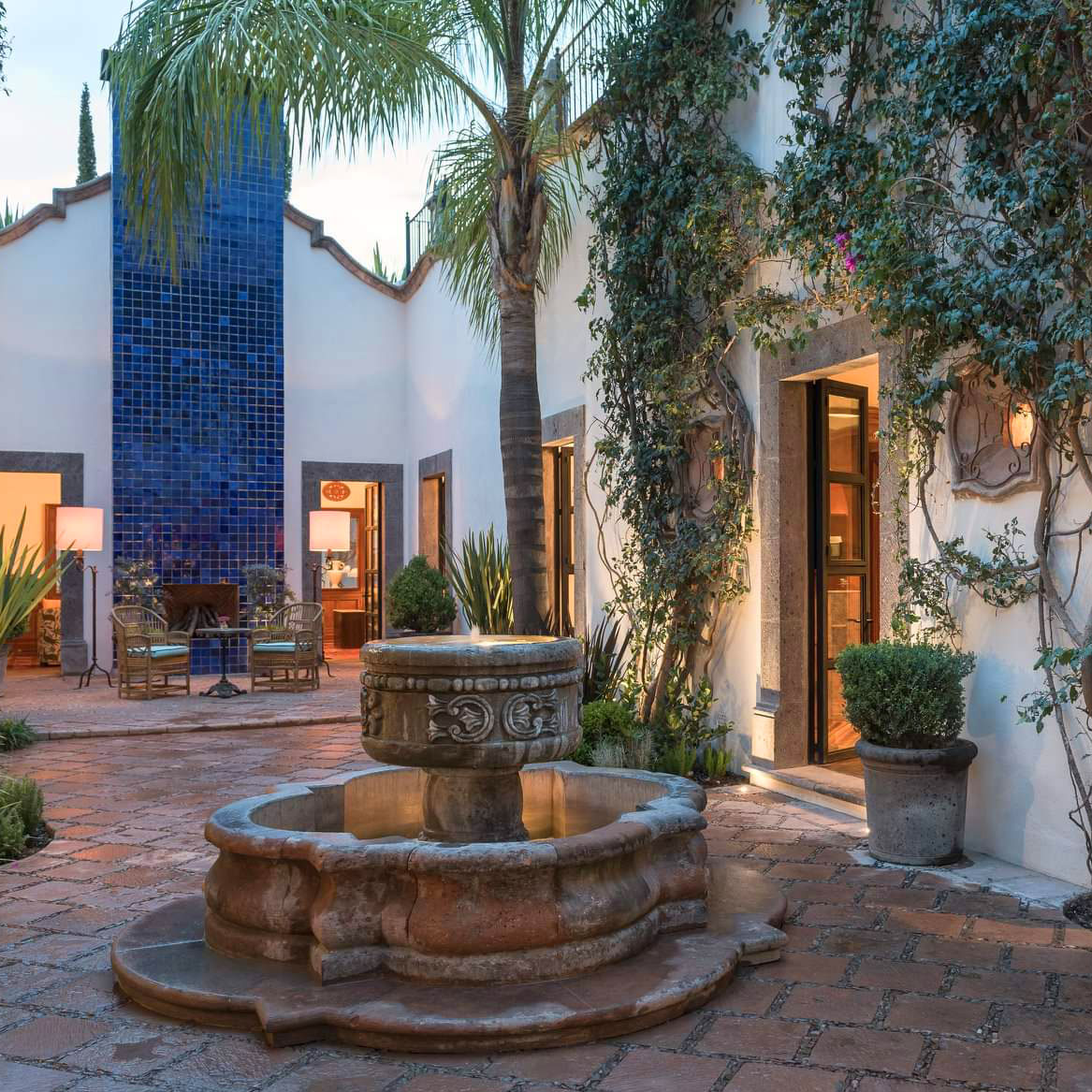 Cuernavaca, Mexico
“B+B Hotel” might seem redundant, but Las Casas is truly a little bit of both — it’s more polished and more stylish than most any bed and breakfast, while it’s smaller and more intimate than most any hotel, boutique or otherwise. The rooms and suites are sharply outfitted in shades of white and gray, with the house’s colonial architecture still visible beneath the contemporary, minimalist décor. 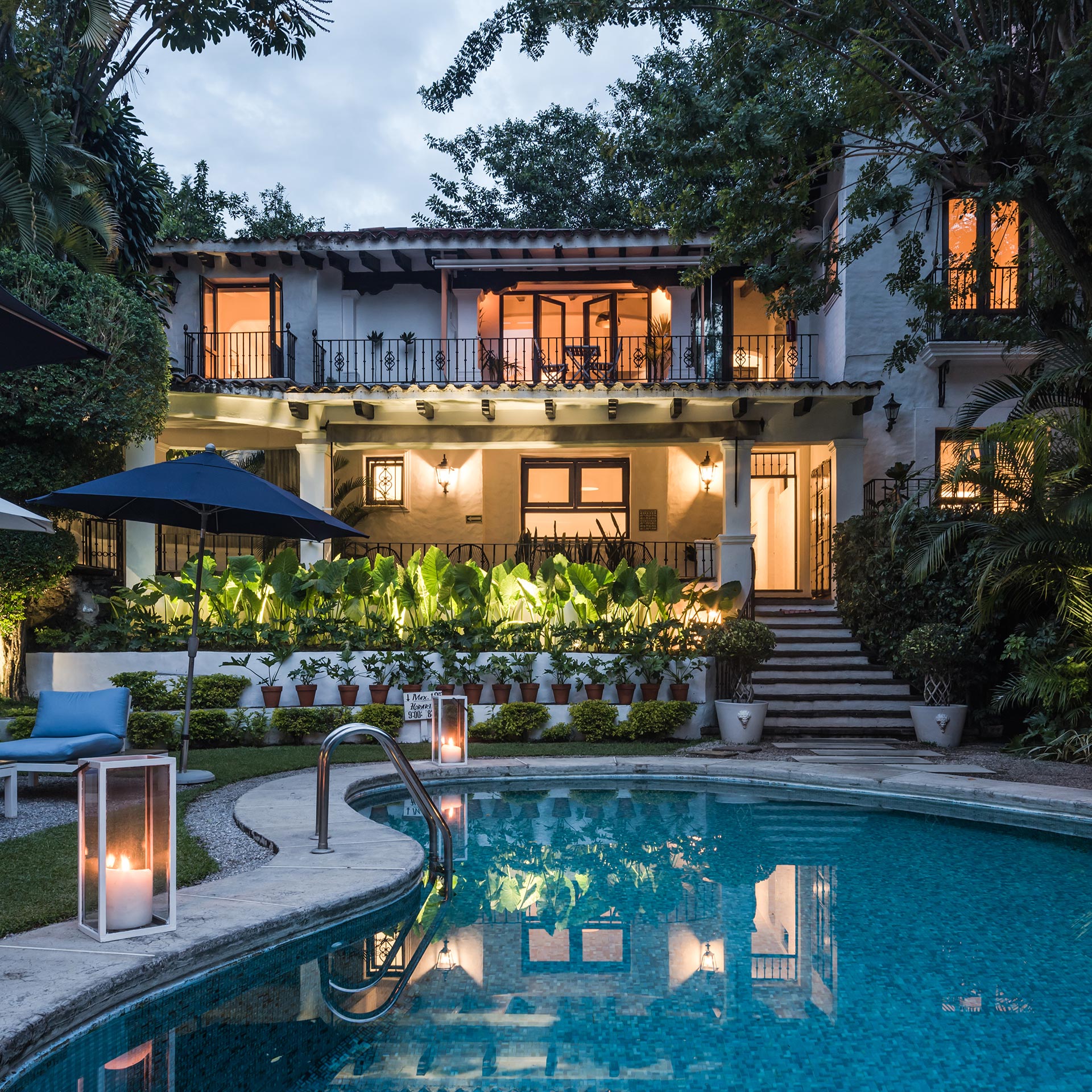