Chicken is undisputedly the most popular meat in Asia. From China to India and Singapore to South Korea, the fowl is cooked in myriad ways—steaming, boiling, deep-frying and poaching. It plays a vital role in one of Singapore’s national dishes, Hainanese chicken rice, which was brought in by immigrants from the southern Chinese island.

Here are five popular chicken dishes to indulge in across the continent. 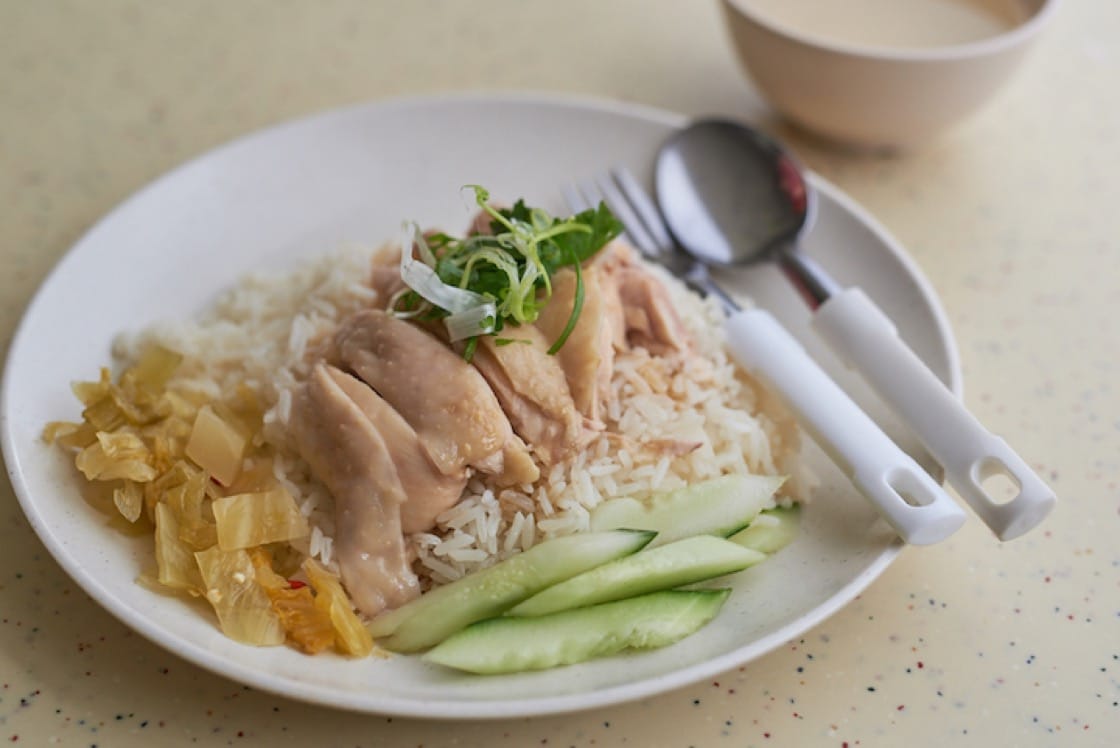 Hainanese chicken rice is considered one of Singapore's national dishes.

Almost every city in Asia boasts its own version of chicken rice, and in some places, there are multiple variations of the evergreen classic of chicken served with rice. In Singapore, chicken rice is undoubtedly one of its national dishes. The most ubiquitous version is Hainanese chicken rice, which was imported by Chinese immigrants from Hainan Island in southern China.

However, the dish is a variation of the original, which is known as “Wenchang chicken” and has oily rice and a green chile dip that is served with bony and fibrous chicken. In Singapore, the chicken is cooked until it is succulent by steeping the bird in boiling water. The rice garners as much attention as the chicken—the grains are cooked in chicken stock, with the fragrance from pandan leaves and ginger adding flavor.

The chicken can also be roasted or braised in soya sauce. As a final flourish, the Cantonese prefer to plunge the bird in icy water after boiling it in order for a gelatinous layer to develop beneath the skin. In Thailand, the dish, which is known as khao man gai, stands out with its leaner chicken and sauce that is a concoction of ginger, garlic, chile, yellow bean paste, soy sauce and vinegar. In Ipoh, the chicken is accompanied by blanched crunchy bean sprouts. 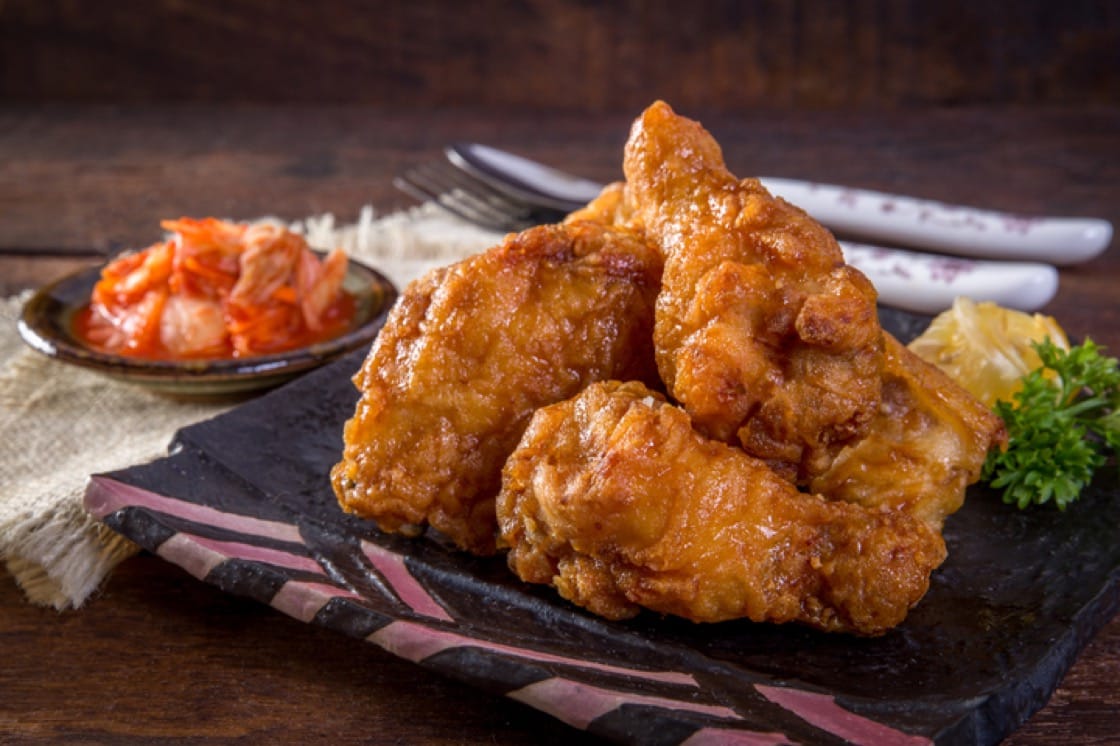 It is common to find diners huddling around a platter of Korean-style fried chicken on any given day in restaurants and pubs across South Korea. Whether it is pan-fried and tossed in a sweet and spicy sauce, tossed in soya sauce or simply deep-fried, Koreans love their chicken, which goes down well with tall mugs of beer or soju. The popularity of Korean-style fried chicken, which is also known as chikin in Korean, spawned from the opening of Lims Chicken, the country’s first fried chicken chain, in 1977 in Seoul.

In the 1980s, chicken chains dressed up fried chicken with hot and sweet sauce, which gave birth to the famed yangnyeom (or seasoned) chicken. More diners continued to flock to fried chicken wings when American chain Kentucky Fried Chicken debuted in South Korea in 1984. What sets Korean-style fried chicken apart from its American cousin is that the bird is fried at least twice to give a thin and intensely crackly crust. These days, eateries in restaurants are slapping on toppings such as cheese, garlic and spring onions to give the chicken more oomph. 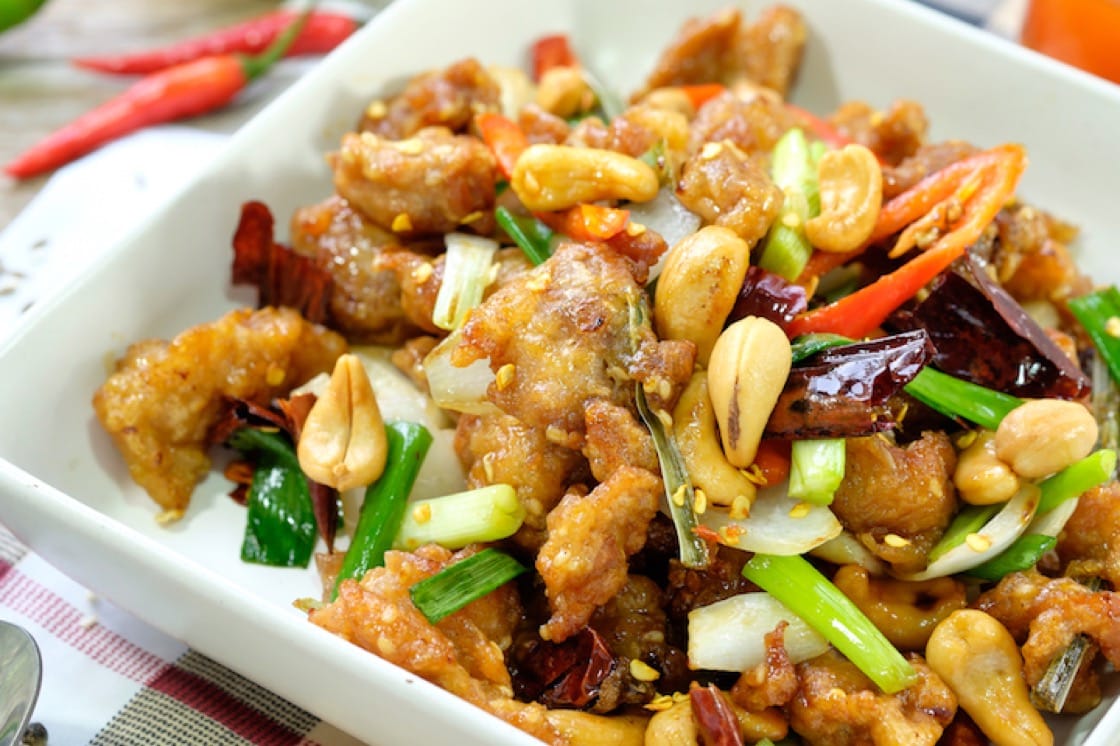 This well-known stir-fried dish has a hot following in its birthplace of Sichuan in China, where it is known as gong bao ji ding, and in American-Chinese communities in the United States. Legend has it that Ding Baozhen, a government official in the Qing Dynasty, discovered this dish when he visited the family of a passerby who had rescued him after he fell into a river. The dish has cubes of chicken that is stir-fried with peanuts, Shaoxing wine, vegetables and tongue-tingling Sichuan peppercorns. In the United States, where Sichuan peppercorns were once banned from being imported, chefs adapted the menu staple by adding black pepper and creating duck and pork versions of the beloved dish. 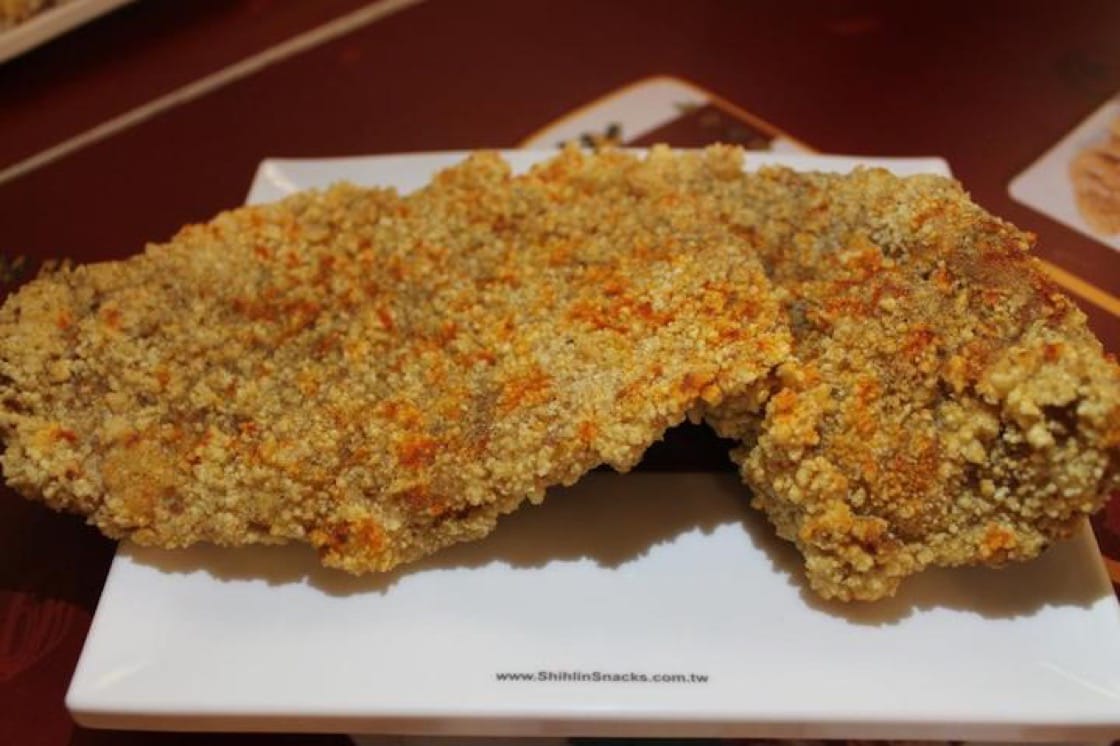 Taiwanese XXL Chicken Cutlet is a popular street snack that is sold across Asia. (Photo courtesy of Cleffair.)

A perennial sight in night markets across Taiwan is this addictively crunchy deep-fried chicken treat. The XXL in its name alludes to a hulking slab of butterflied chicken breast that is flattened out with the bones intact. The chicken is typically seasoned with soy sauce, rice wine and five-spice powder before being coated with flour and deep-fried until the batter turns golden brown. The snack is finished off with a sprinkling of salt, chile or plum powder. 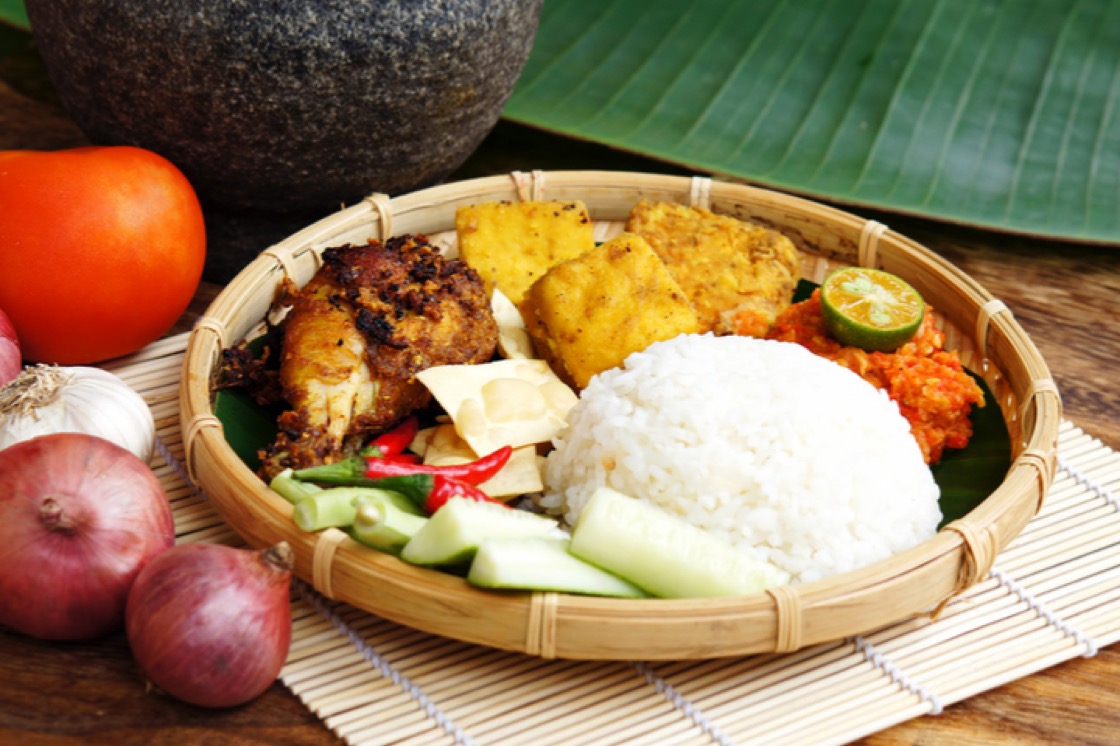 Ayam Penyet is gently crushed in a mortar and pestle or metal hammer, which makes the meat more tender.

Originated from East Java, the Indonesian dish of ayam penyat translates to “smashed chicken” in Javanese. Like its name, the chicken is traditionally smashed with a mortar and pestle to soften the meat after it has been boiled and deep-fried. The fowl, which can also be flattened with a metal hammer, is usually served with rice, tau kwa, tempeh and crackers to scoop up dollops of fiery sambal belachan. (Don’t forget to ask for a sprinkling of batter bits made of flour, egg, salt and strained gravy.)

These meatballs get served with Caesar salad at Le Coq Rico in New York City.

Learn how to make a Chicago diner's crowd-pleasing favorite.