The First Day I Got My Michelin Stars: Aquavit’s Emma Bengtsson

In all honesty, Emma Bengtsson, executive chef of Aquavit, can thank her grandmother for where she is today. Bengtsson grew up in the very small fishing town of Falkenberg on the west coast of Sweden, and was drawn to culinary arts at an early age due to her grandma being an avid cook, later enrolling at the Stockholm Hotel and Restaurant School.

Bengtsson’s experience is vast, working in many of Sweden’s acclaimed restaurants, externing at the now-defunct Edsbacka Krog in nearby Sollentuna, the historic Restaurant Prinsen and Operakällaren located inside Stockholm’s Opera House.

In 2010, Bengtsson joined Aquavit as executive pastry chef, making a name for herself for her creative interpretations on Scandinavian classics including gravlax and herring. 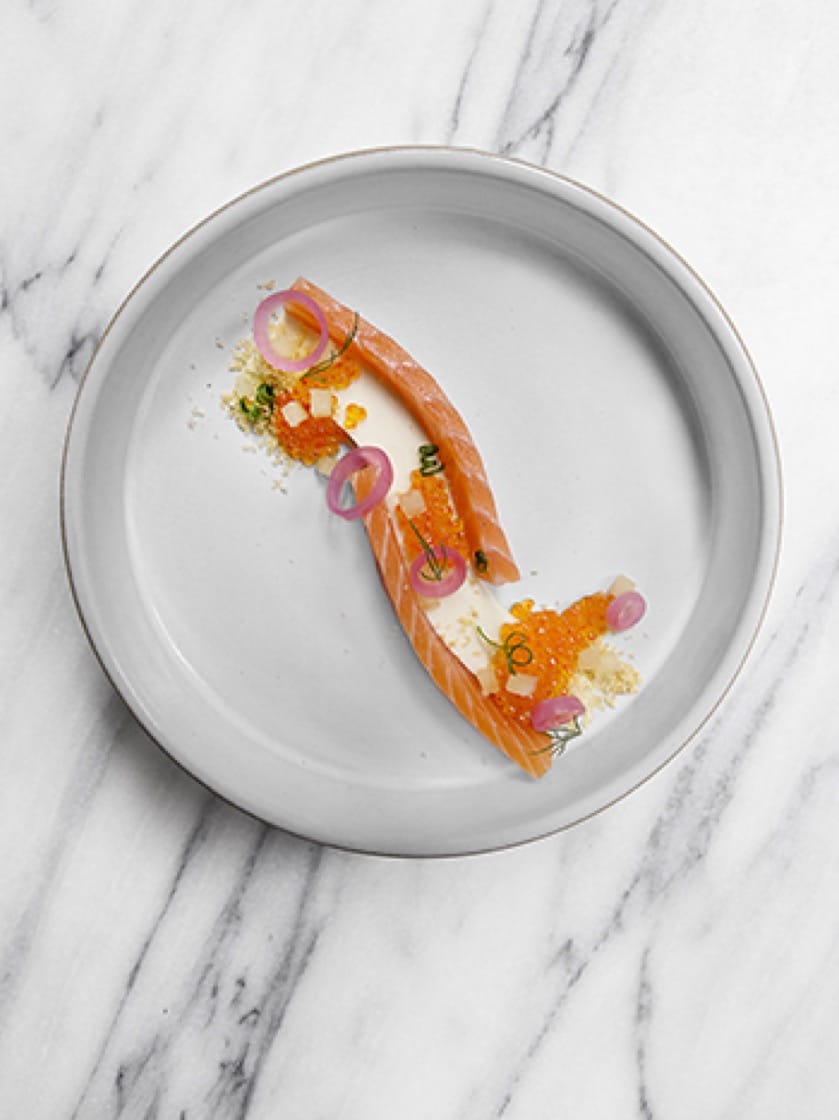 In the spring of 2014, Aquavit owner Håkan Swahn offered Bengtsson the role of executive chef; that same year, the restaurant earned it’s second star, making Bengtsson the first Swedish female chef in the world to achieve the accomplishment.

“I try to not look too far into the future and focus more on being present and happy about where I am today,” Bengtsson says regarding her and the restaurant’s future. Though, she’s very honest—she would like to see Aquavit grow and hopefully earn the coveted third star.

Tomorrow, Aquavit is celebrating it’s 30th anniversary, which is no easy feat for any New York City restaurant. To celebrate, Bengtsson and the team are preparing a six-course “greatest hits” tasting menu featuring dishes spanning across the three decades, like think foie gras ganache and fig, and reindeer and juniper.

Here, we asked the lauded Swedish chef what it was like when she first learned she joined the star ranks.

What was your first encounter with the MICHELIN Guide?
My first encounter with the red guide came three months into my first externship at Edsbacka Krog, when they got the news about receiving their second star. To be able to be apart of that and seeing the joy and happiness on everyone’s faces is a moment that I will never forget. Seeing the pride, they had in their work, their focus to details and their determination to never leave anything to chance was inspiring.

What were your thoughts when you knew you received the second star?
At first, I was a bit shocked. I had just become executive chef six months before and was hoping we would maintain our one star. The entire day I was nervous about the call, which ended up being the best call of my life. To receive two was—and continues—to be a great honor and is a constant driver for me and my team to push ourselves even further.

How did you celebrate?
I didn't have too much time to celebrate right after the news—the team and I went to a bar shortly afterward—but the next time I flew home to Sweden I popped open a nice bottle of Champagne. 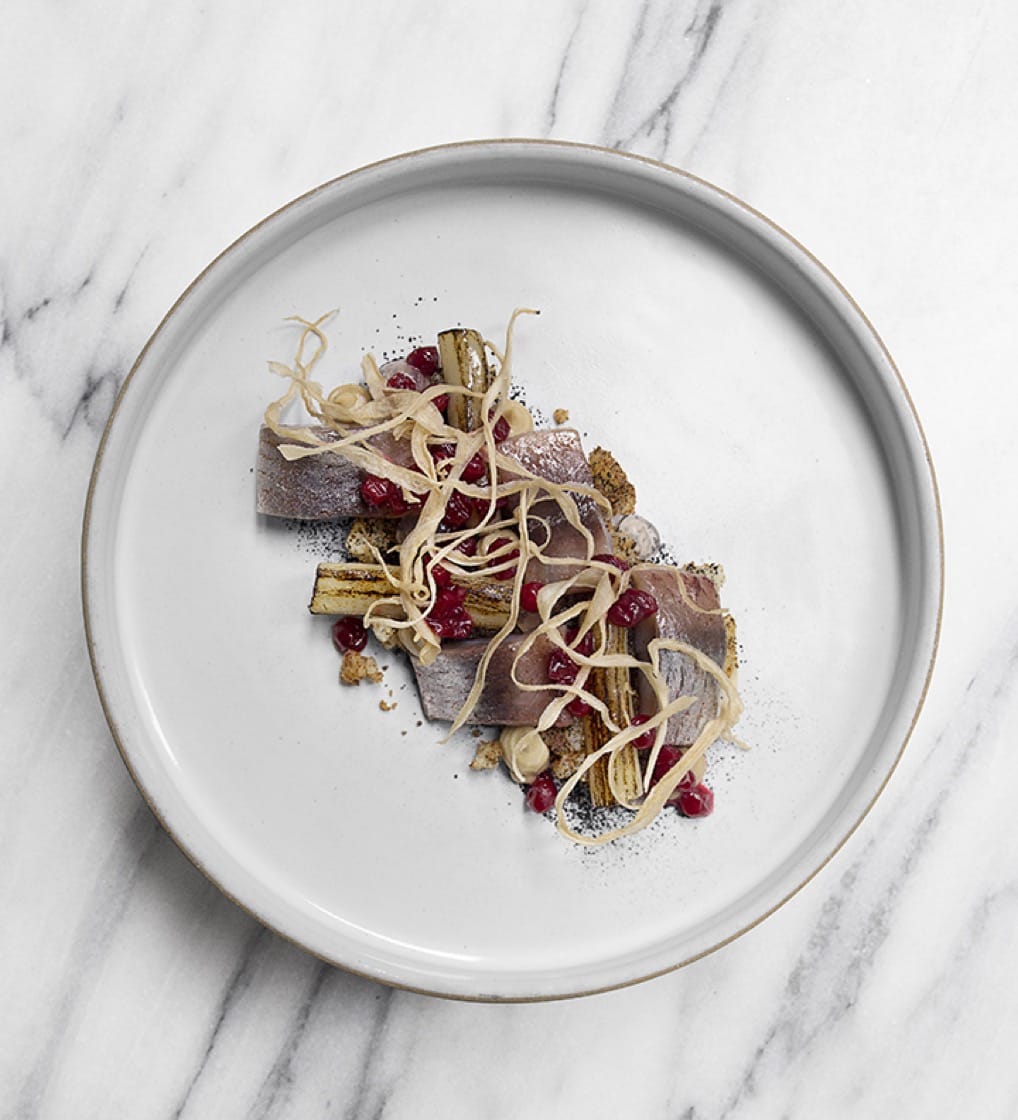 How much influence/inspiration does the MICHELIN Guide have on your career?
From the start of my career, I have primarily worked in Michelin restaurants—from Edsbacka Krog, which was the only two-star restaurant in Sweden when I started there as my first job out of culinary school, to Operakällaren, where I spent five years before coming to Aquavit. Having the foundation in Michelin restaurants was a big influence on my career as it set up the skill and mindset for me to understand what it takes to be at that level. Today, the guide is always a constant driver for me and my team to continue to push ourselves to be better. While the recognition is both wonderful and significant, our main motivation every service is to create something special for each guest that comes in, and if we push ourselves to be the best we can be, at the end of the day that is all that is what matters.

Does having two stars change the direction of your restaurant?
The stars haven't really changed the direction of the restaurant. For 30 years, Aquavit has had clear roots in Scandinavian cuisine and it remains the core of all that we do. What has changed over time is the definition of what modern Scandinavian cuisine is, which is what shapes our direction as that definition is constantly evolving. The stars continue to be an underlying vehicle for our evolution.

What advice do you have for young chefs aiming for Michelin stars?
For young chefs just starting off in their career, I would say that the most important thing is to be patient and to be open to new opportunities. For instance, I spent nearly a decade in pastry before transitioning back to savory at Aquavit, and having both skill sets has played an impact on the food we serve at Aquavit. If you are passionate and devote yourself to understanding all aspects of your cuisine, success will come naturally.