The First Day I Got My Michelin Stars: Eric Ripert

Highly regarded as a chef wizard when it comes to seafood, Eric Ripert has had a long emotional connection with food. Born in Antibes, France, and raised in the small 180-square-mile country of Andorra, Ripert grew up in a family whose love for food was deeply instilled in him. At the age of 15, Ripert returned to France to attend culinary school in Perpignan; by 17, he was working at the stalwart La Tour d’Argent in Paris and then at Jamin under Joël Robuchon. 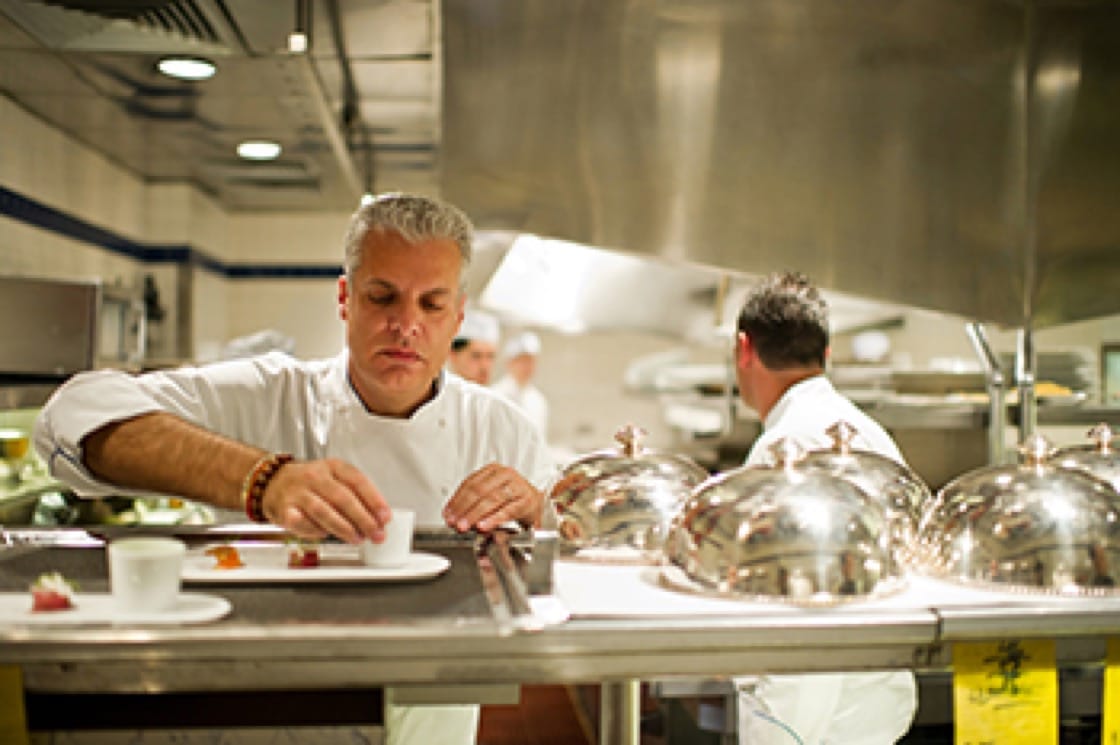 In 1989, Ripert crossed the pond and landed in Washington, D.C., working under the legendary Jean-Louis Palladin at The Watergate Hotel. Two years later, he found himself in the Big Apple working with David Bouley before swiftly being recruited by Maguy and Gilbert Le Coze to work at Le Bernardin. After the sudden death of Gilbert due to a heart attack, Ripert immediately took over the kitchen as executive chef; he became a co-owner of the restaurant in 1996.

Often referred to as the “Temple of Seafood,” Le Bernardin has been receiving many top accolades for the past several decades. “When the definitive history of New York City’s dining scene is written, Le Bernardin will have a chapter all to itself,” state our anonymous inspectors of the Midtown icon. The restaurant has received three Michelin stars every year since the guide came to New York City in 2005. 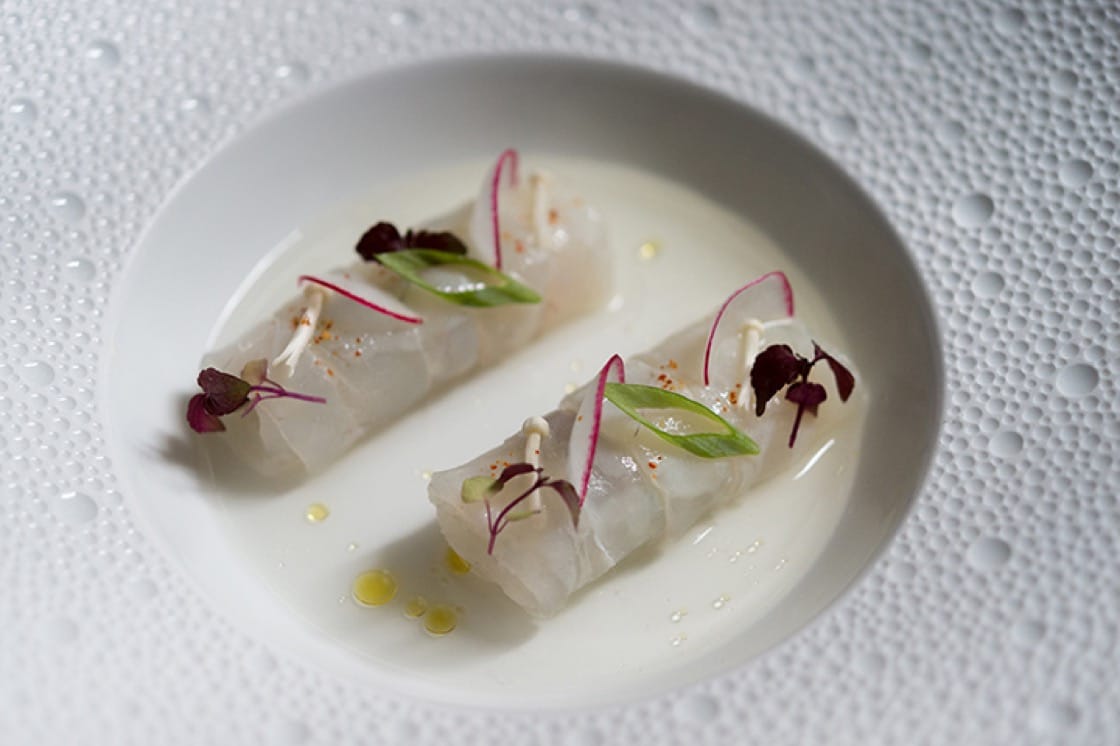 On top of co-owning one of the best restaurants in the world, the extremely personable chef also co-owns the neighboring Aldo Sohm Wine Bar and serves on the board of New York City non-profit City Harvest. All of this is balanced by practicing Buddhism.

Here, we ask the chef about his relationship with the prestigious red guide.

What was your first encounter with the MICHELIN Guide?
When I was eight years old, I was already begging my mother to take me to one- and two-star Michelin restaurants. My first experience was as at Café de la Paix. I fell in love with the formality of the service and the luxury of the table setting. I was most impressed with the dessert cart: three towering levels of cakes, cookies and all kinds of other sweets. I was a child with a big sweet tooth; my mother let me get one of each . . . then I was sick for the next two days, but it was completely worth it! 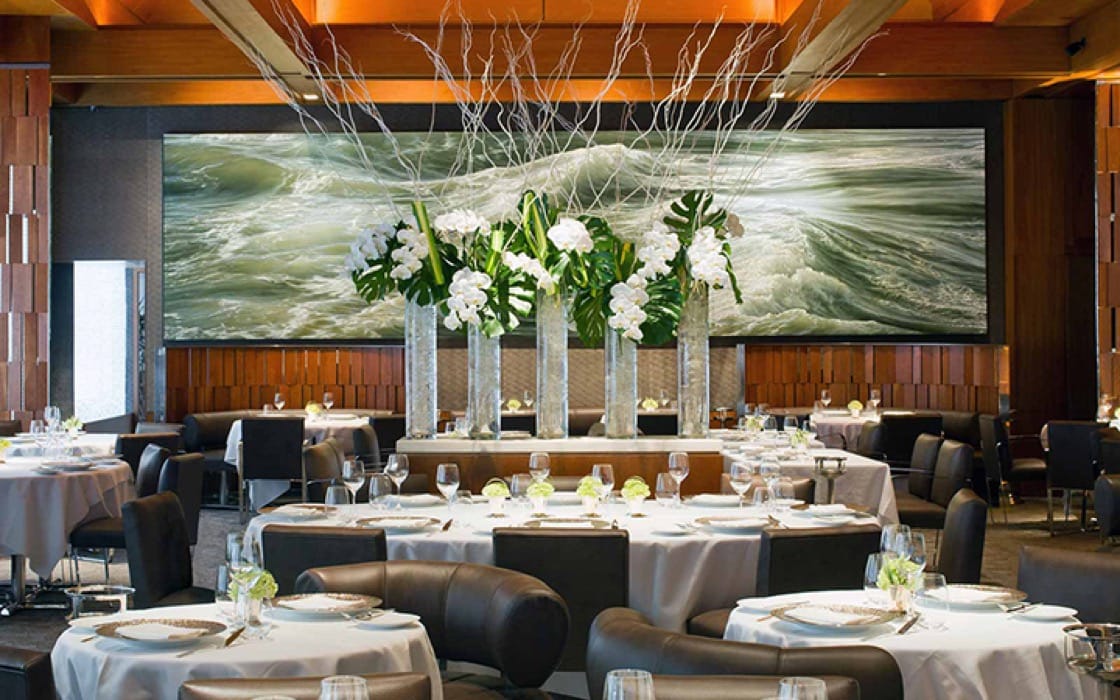 The interior of three-Michelin-starred Le Bernardin.

What were your thoughts when you knew when Le Bernardin received three stars?
I remember the moment very clearly. I was walking through Central Park when I got the call and I started jumping and screaming. I couldn’t believe that Le Bernardin had received three stars in the very first New York City guide. I was in awe and so proud of the entire Le Bernardin family for their tremendous hard work and dedication. Personally, I was overwhelmingly happy and very humbled by the recognition.

How did you celebrate?
Champagne and caviar! We always celebrate as a team at Le Bernardin, because it takes every member to achieve such an outstanding success.

How much influence/inspiration does the MICHELIN Guide have on your career?
Growing up in France, I was very much aware of the influence and revere for the MICHELIN Guide. I considered it one of the pinnacles of the culinary world to find success in a Michelin-starred restaurant. When I moved to the United States, I missed the Guide very much, so I was thrilled when they announced they’d begin rating in New York. 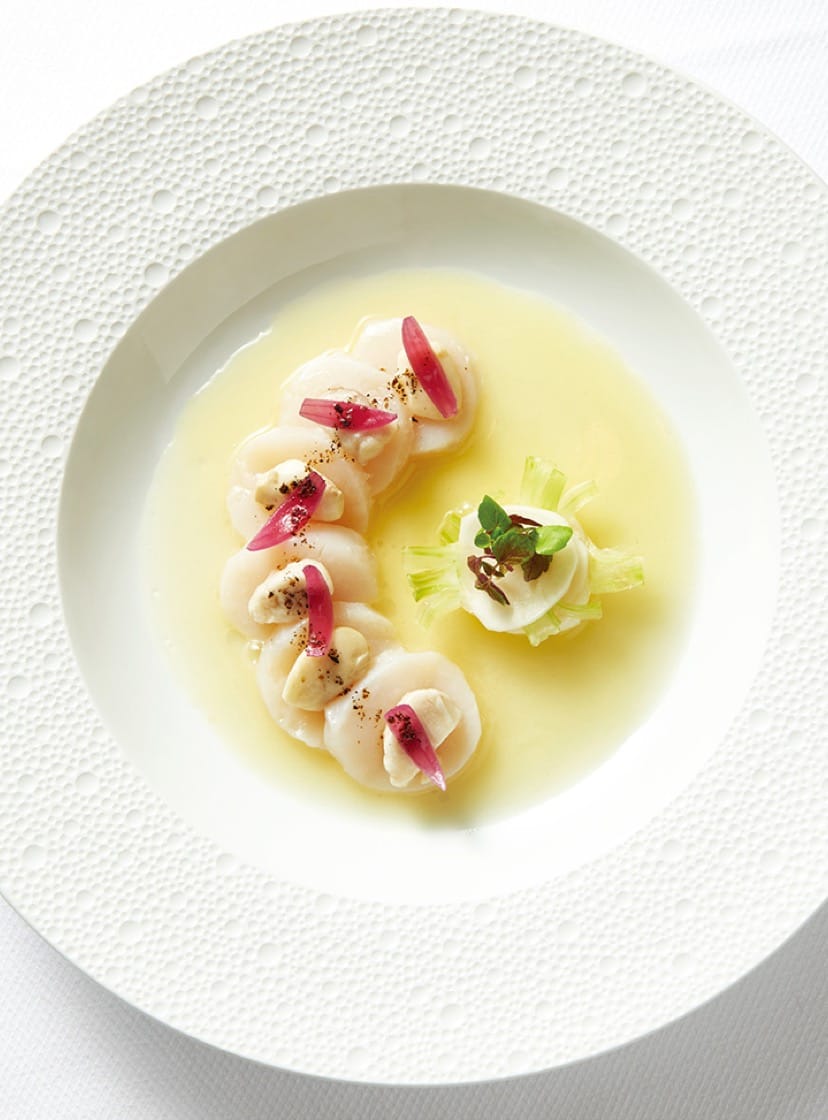 How will having a star change the direction of your restaurant?
The MICHELIN Guide is an enormous source of both motivation and recognition for the entire team, as well as for myself. Our focus every day is, and will continue to be, on preparing the best food and providing the best service. We push ourselves to evolve. Receiving three stars is an encouragement to continue our pursuit of excellence.

What advice do you have for young chefs aiming for Michelin stars?
My advice to young chefs is very similar regardless of the stage of their career: Do what you love. Work hard and be humble. Surround yourself with a dedicated, trustworthy, and cooperative team who supports you. Focus on the basics and the job—the rest will come with time and hard work.