The last twelve months have been a wild ride for restaurants around the world. Don Angie wife-and-husband owners Angie Rito and Scott Tacinelli also had a baby, earned a MICHELIN star, and published a cookbook, Italian-American. From this book comes a family recipe good for holidays or casual dinner parties: honey zeppole. Here's how to make them. 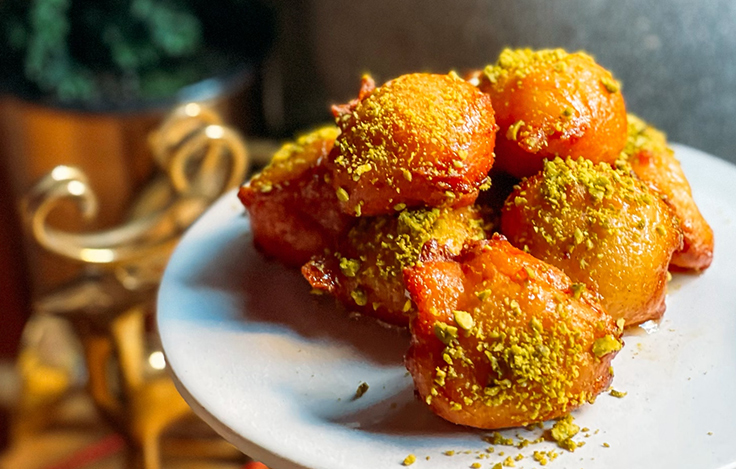 What does this dish mean to you?
Angie’s family has always enjoyed honey zeppole on Christmas Eve following the Feast of the Seven Fishes, which her grandmother would cook. A big group of around 45 people would gather around a long table in her grandparents’ basement to enjoy the meal together. The family always stuffed themselves with the endless seafood dishes on the Christmas Eve table, but everybody always still had room for the honey zeppole.

What inspired this dish?
These are inspired by the honey zeppole Angie’s Neapolitan grandmother made, a tradition she and her family brought from Italy. Angie’s grandma’s recipe used a more savory, yeasted bread dough, and included raisins as well. Our recipe is a bit more rich, and we’ve swapped out raisins for pistachios.

Walk us through how this recipe comes to life.
The recipe is quite simple— the ingredients are mixed together (and can be done a couple days in advance to save time). Then the zeppole are fried and tossed in a honey syrup, and topped with crushed pistachios.

We use robiolina here— a soft, spreadable cow’s milk cheese from Italy that's similar to American cream cheese. If you can’t find robiolina, you can substitute whipped cream cheese. We use cinnamon to add a bit of warmth and spice to the honey syrup that we soak the zeppole in, and top the zeppole with pistachios to add texture and nutty flavor.

Tell us what to look for when picking out the perfect pistachios.
If you want to use extra special pistachios here, seek out the Sicilian ones, which are bright green in color and superior in texture and flavor. 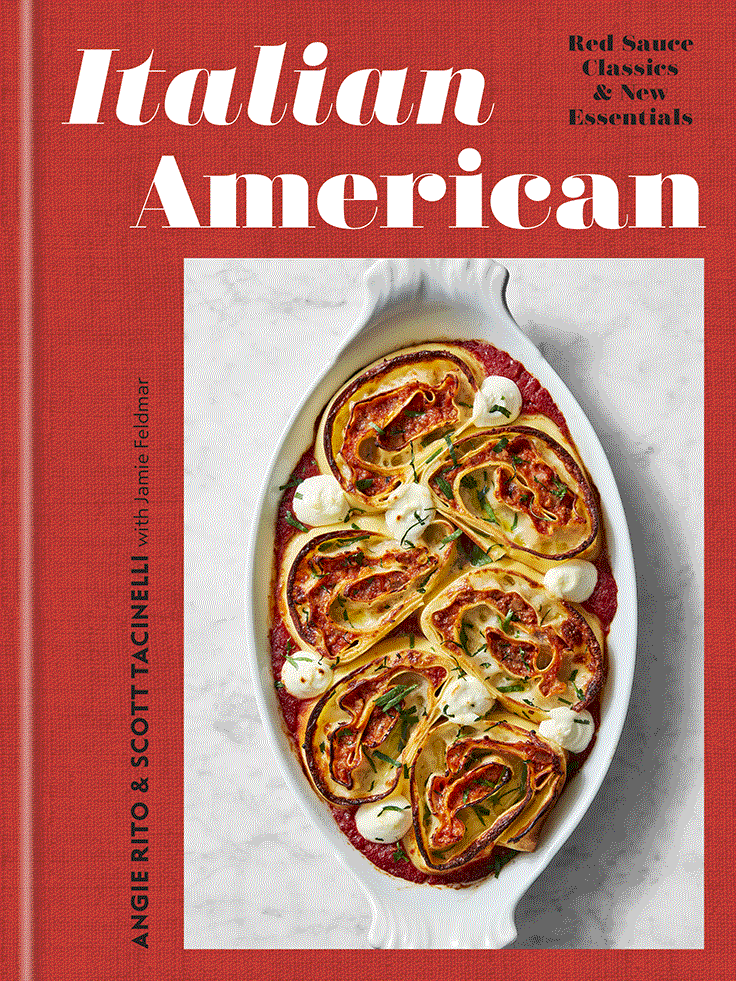 While honey-soaked zeppole are a Rito family tradition around the holidays, using fried bread dough from the family bakery, the Tacinelli family makes honey struffoli, which are tiny little balls of fried dough served with honey and sprinkles. This is a marriage of the two, using robiolina or cream cheese, which adds moisture to the dough without weighing it down, and a welcome touch of savoriness to balance the honey. The pistachios are a nod to Italy’s Greek neighbors, whose influences are seen in Sicilian cuisine. The syrup and batter can be made in advance, though these zeppole, like most doughnuts, are at their best when fried to order.

Make the batter. In a stand mixer with the paddle, mix the robiolina, vanilla paste, salt, sugar, and eggs on medium-high speed until homogeneous, 2 to 3 minutes. Add the flour and baking powder. Mix thoroughly to ensure that all ingredients are evenly incorporated.

Make the honey syrup. In a small pot, bring the honey, cinnamon, and salt to a boil over medium-high heat. Remove from the heat and stir in 2 tablespoons water. Set aside to cool slightly. Remove the cinnamon sticks before using.