At long last, the collaboration from Underscore and One Off Hospitality will open on Monday.

It’s the final countdown for the Underscore and One Off Hospitality teams—the much-awaited dual collaboration, Pacific Standard Time, is officially opening its doors to the Chicago public on April 30. This is the first venture from chef Erling Wu-Bower (formerly of One Off's Nico Osteria) and director of strategic operations Joshua Tilden, who partnered with One Off’s Paul Kahan, Donnie Madia and Terry Alexander last summer. 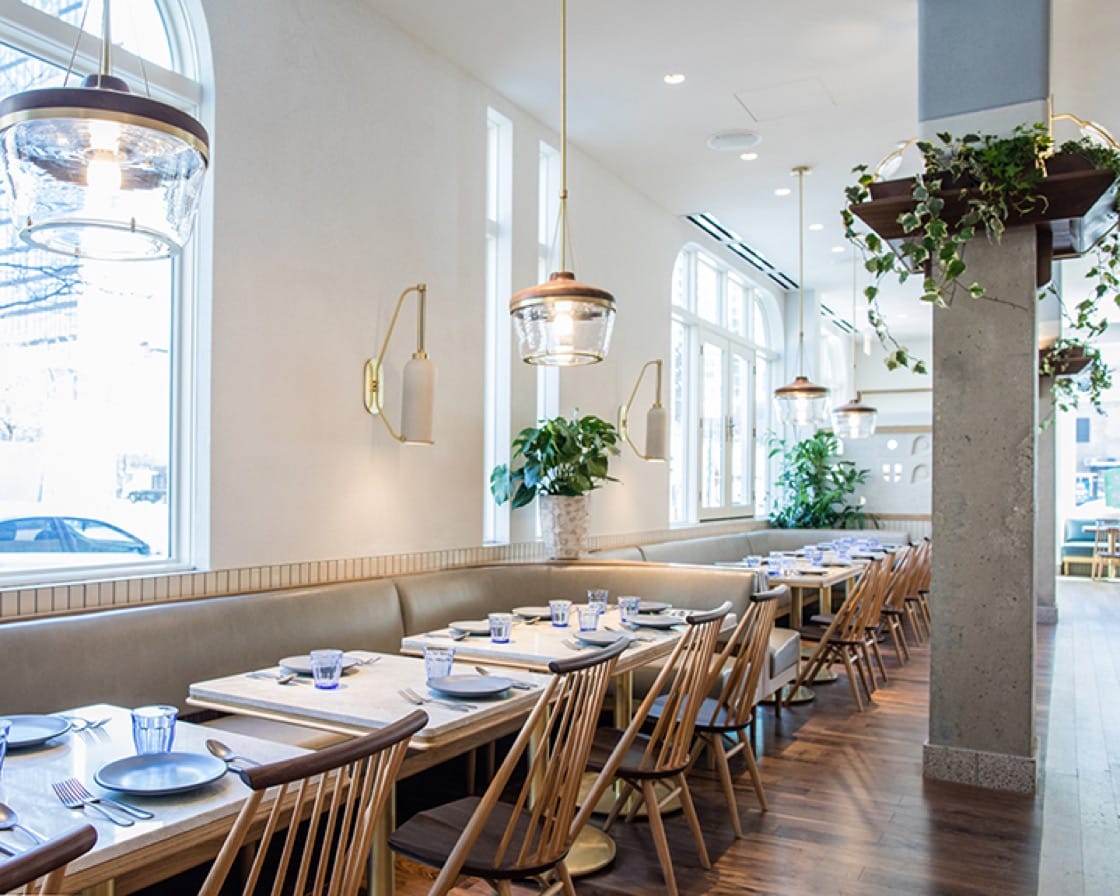 Housed in the former Tavernita space at W. Erie Street in River North, the energizing 8,000-square-foot, 222-seat restaurant designed by NYC-based Parts and Labor looks as if it was plucked from the City of Angels thanks to the natural light that floods through the floor-to-ceiling windows. The piece de resistance are the two wood-burning hearths that are located in the center of the restaurant—which brings us to the menu.

Look for market-driven fare inspired by the California coastline, with a heavy focus on what The Golden State does best: produce. Wu-Bower’s seasonal menu will showcase the best growers and producers of the Chicagoland area, only purchasing from California during the cold winter months. Starters on the opening menu include avocado salad with cucumber, coraline endive and shabazi-sour cream vinaigrette; wood-roasted baby carrots with sweet onion puree, zhoug, almond and dill; and soft shell crab with peanut aioli, peanuts, spring onion, radish and spicy cucumber. Pizzas coming from the hearth include traditional Margarita with preserved giardinera, as well as ramp and ham. A whole roasted duck served kebab-style is also available for $85. 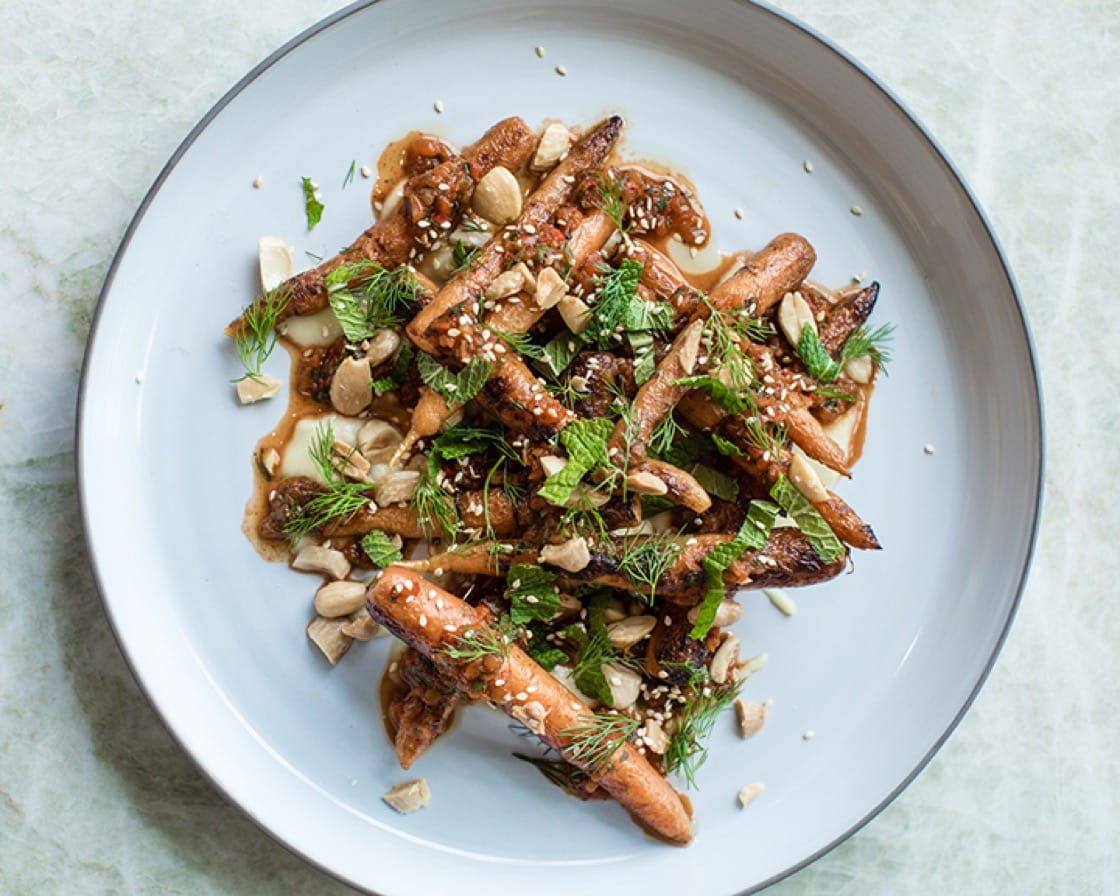 “The big thing we emphasize here is collaboration and sharing ideas,” says wine director Zach Jones. During field research last year, the partners took note of the wine list at The Progress in San Francisco; Jones used it as a baseline as it fit the ethos of Pacific Standard Time. At PST, the list largely features wines from California (“the crux of the list”), as well as Washington and Oregon. Wines from Europe are also available as it “suits Erling’s food.” 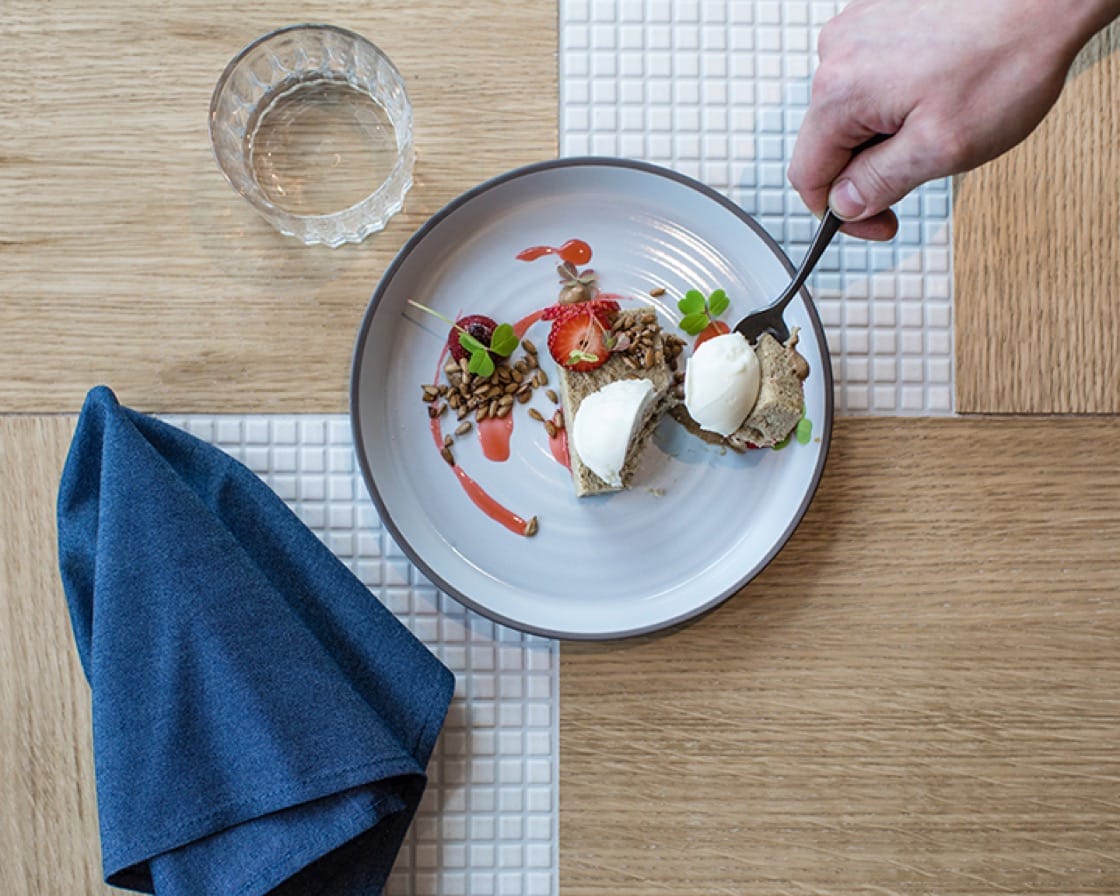 Jones will adapt his list to reflect the seasonality of Wu-Bower’s food, focusing on great, under-the-radar producers in addition to providing some rarities to guests. “I managed to get the last seven bottles of 2010 Araujo Estate Altagracia Syrah [from the Napa Valley],” he proudly states. “Araujo doesn’t technically exist anymore as it’s now Eisele Vineyards. But when they were around, the Syrah was minute. I’m happy to have wines like that [on the menu]. When they’re gone, they’re gone—it necessitates change and forces us to have things in flux. That’s what’s exciting about a wine program.”

Of the restaurant itself, Jones is excited: “The food is unlike anything I’ve ever had here—it’s hard to explain. It’s very light but the flavor is intense and ever present in every bite. There’s a subtlety to the weight of the food, but no subtlety when it comes to the flavor.”