“This Fort Greene charmer delivers a one-two punch of good looks and great food,” say our famously anonymous inspectors of Miss Ada, chef/owner Tomer Blechman’s modern Middle Eastern eatery on DeKalb Ave. Here, Israeli-born Blechman celebrates local produce on the menu—much of which hails from the backyard garden in the warmer months. And the new brunch menu, which will be unveiled on April 1, is following suit.

"Fort Greene is a brunch empire—it's a community of families with dogs and kids who spend time together on the weekends," states Blechman, who continues that despite the fact that they've been focused on a good dinner service, brunch was always on his mind. "There's so much demand for it."

You’ll find all the necessary dishes for late morning revelers; shakshuka is served with goat cheese and challah; the Israeli breakfast comes with sunny-side up eggs, labne and stracciatella; and the steak and eggs arrives with smashed potatoes and a fried egg on top. 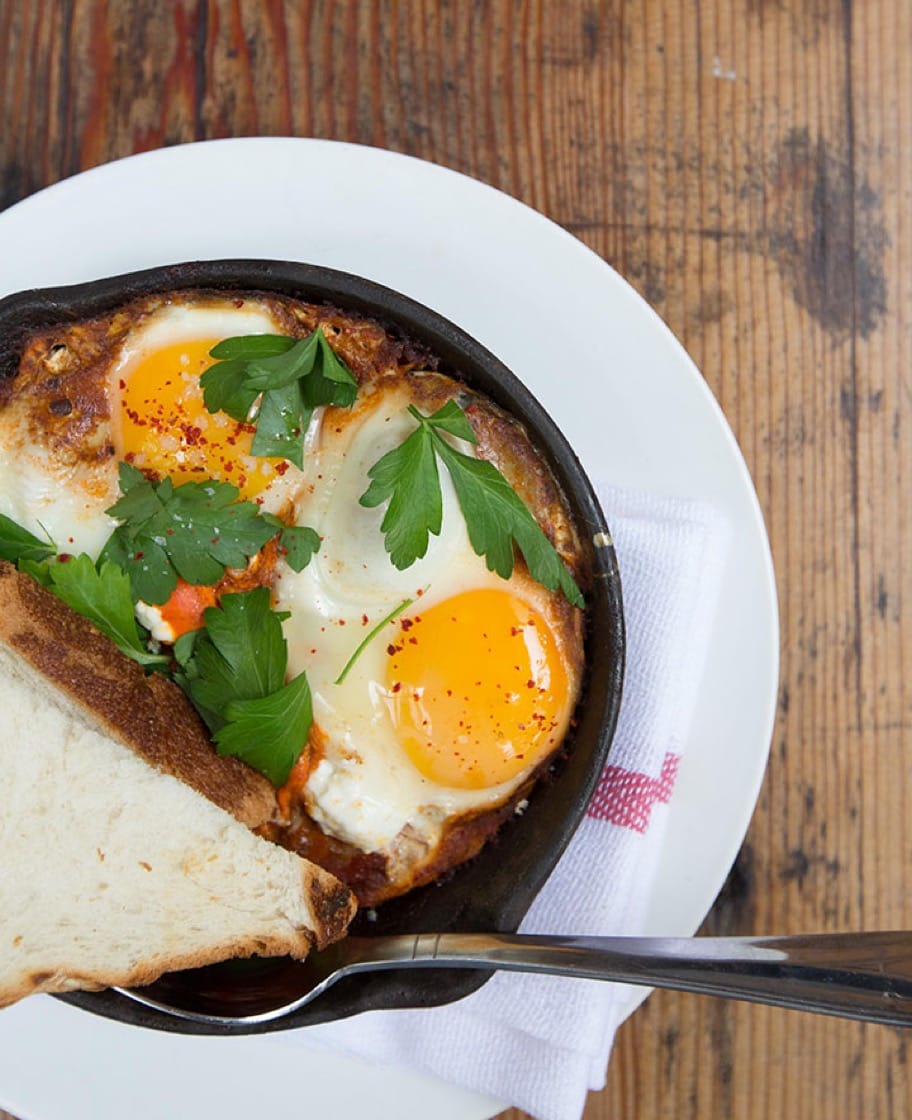 Also on the menu are Israeli and Yemeni pastries that have been reimagined into modern day times. "When the Yemen Jews came to Israel, they brought the jachnun, a flaky dough layered with fat and slow-cooked in an oven overnight," he says. "As a kid, even as an adult, that's what we ate."

The malawach, a layered pan-fried bread similar to a scallion pancake, is paired with a hard-boiled egg, tomato and schug (a condiment of cilantro, parsley, cumin and garlic). "I used to make these as a kid because they are so easy," adds Blechman.

The flaky zivva—that's "almost like a big bagel"—consists of layers of the malawach filled with sweet potato, mushrooms and fontina and Asiago cheeses. 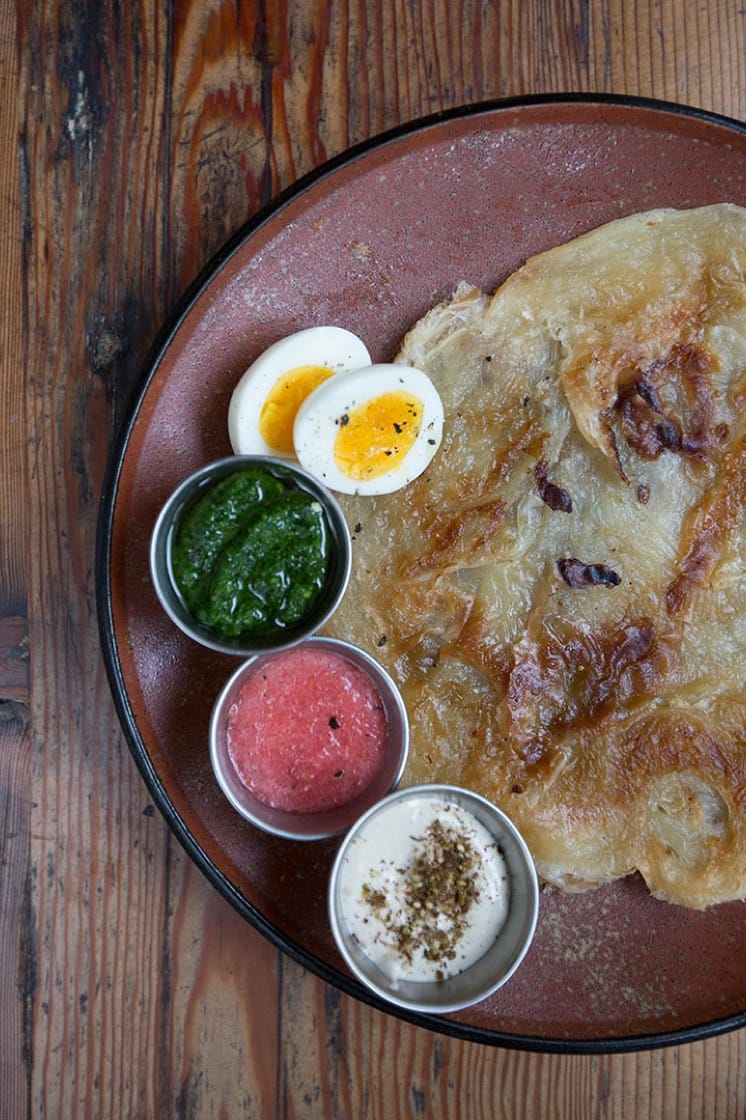 The malawach is a savory take on a pancake, and typically served with a hard-boiled egg, chopped tomato and schug.

No Middle Eastern restaurant would be complete with pita: lamb schwarma is paired with hummus, harissa and onions while pickled herring comes with labne and cucumber. For the arrayes, a fried kofta kebab, pickles and onion are stuffed into a pita and slathered with harissa.

Bloody Marys have also been reimagined into five variations, like the Beetlejuice, served with beet juice and pickled beets, as well as the verde, featuring tequila, tomatillos, horseradish, lime, serrano chiles and cilantro. 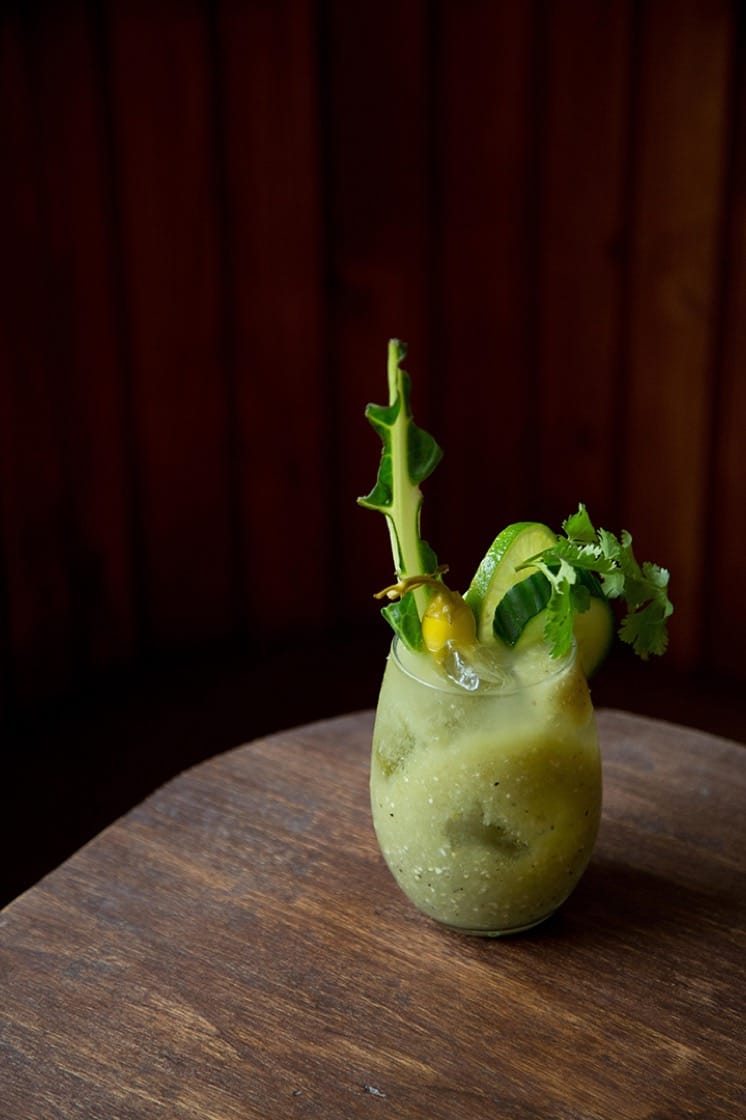 10 Exceptional Brunches in the West Village

Here’s where to get your fair share of eggs, bacon and all your brunch time favorites.

The chef shares one of her favorite recipes from her restaurant, Brown Sugar Kitchen.

Brunch will be available every Friday, Saturday and Sunday.

Nine of the best brunches in the borough for Benedicts, hashes, pancakes and more.

Five of the best spots in this royal borough for your favorite weekend meal.

Some of the best spots throughout the Windy City to get your favorite weekend meal.

Where to Get a Killer Brunch in Washington, D.C.

Because the weekend is fast-approaching.

Where to Get a Michelin-Starred Brunch in San Francisco

The best spots throughout the Bay Area to get your favorite weekend meal.