Kwame Onwuachi Returns to the D.C. Restaurant Scene with Kith and Kin

Following the abrupt closure of the shortly-lived Shaw Bijou, a 'Top Chef' alum returns to his roots.

Kith and Kin opened for dinner service October 19 at the InterContinental Washington, D.C. in the Wharf waterfront complex. The 96-seat restaurant is covered in warm gold, cream and black tones, and has floor-to-ceiling windows that take advantage of Potomac River views. Being located within a hotel, Kith and Kin will serve breakfast, lunch and dinner starting Sunday. (And there are plans for happy hour and brunch down the road.) At the helm of the kitchen is Kwame Onwuachi—whom you likely remember as the chef/co-owner of the short-lived Shaw Bijou or from his appearance on season 13 of Top Chef. 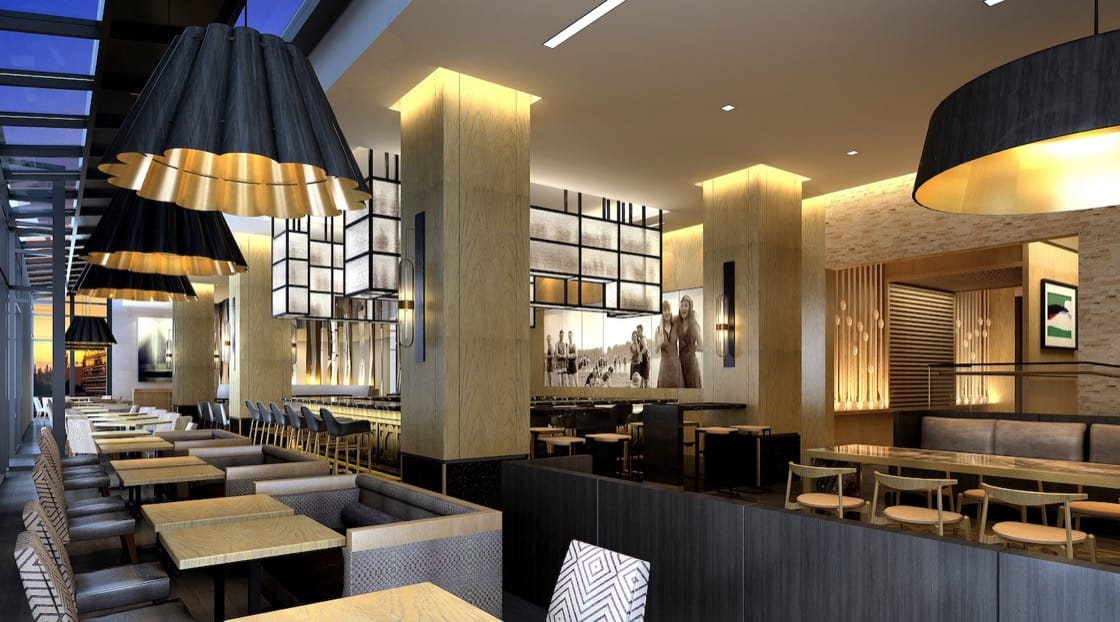 The dining room and bar.

Shaw Bijou was an expensive tasting menu restaurant that opened at the end of 2016. After underwhelming reviews and competing visions with his co-owner Kelly Gorsuch, the restaurant closed suddenly after less than three months.

Though no one would wish for such an experience, Onwuachi took this blow in stride: "I would say the biggest takeaway I gained from it was losing the fear of failure." He continues, "We put a lot of our souls into that restaurant, and to see it come to an end was tough. But it showed that I am able to pick myself up and keep going no matter the obstacle or circumstance."

Keep going is what he is doing with Kith and Kin. 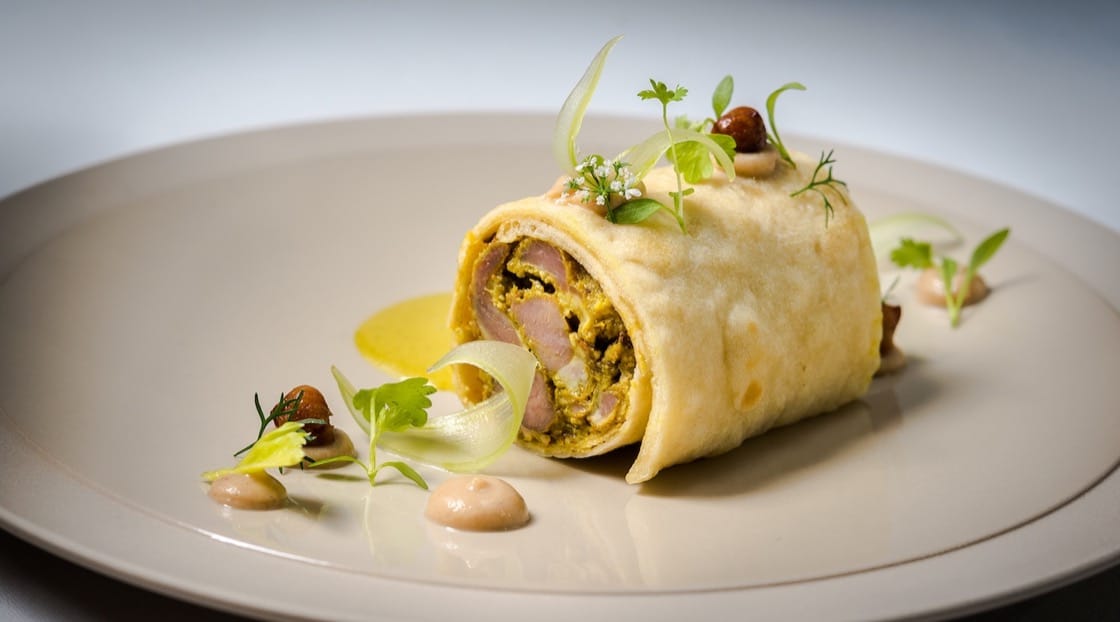 With all of the offers to get back into the kitchen, he chose to work with an established hotel operation because of the support. "Being as young as I am, I thought I still have a lot to learn. Why not learn from people that have been doing this for years on end?" Though Kith and Kin is Onwuachi's vision, he is not an owner; with some of the business responsibilities off of his plate, he is able to focus on his duties as the chef.

With Kith and Kin, he states, "I want everything about this restaurant to be different—from the price point to the menu items. I want it to be me."

His latest endeavor offers Afro-Caribbean inspired food representative of his life experiences—his native Bronx and spending a few years in Nigeria, familial ties to Louisiana and the Caribbean, and incorporating his fine-dining resumé. His life's influence can be seen in dishes such as jollof rice with ginger, roasted garlic, confit spring onions and Nigerian red sauce; honeynut squash velouté with squash pickle, Parmesan foam, toasted pepitas and herb essence; and beef patties with Calypso sauce. 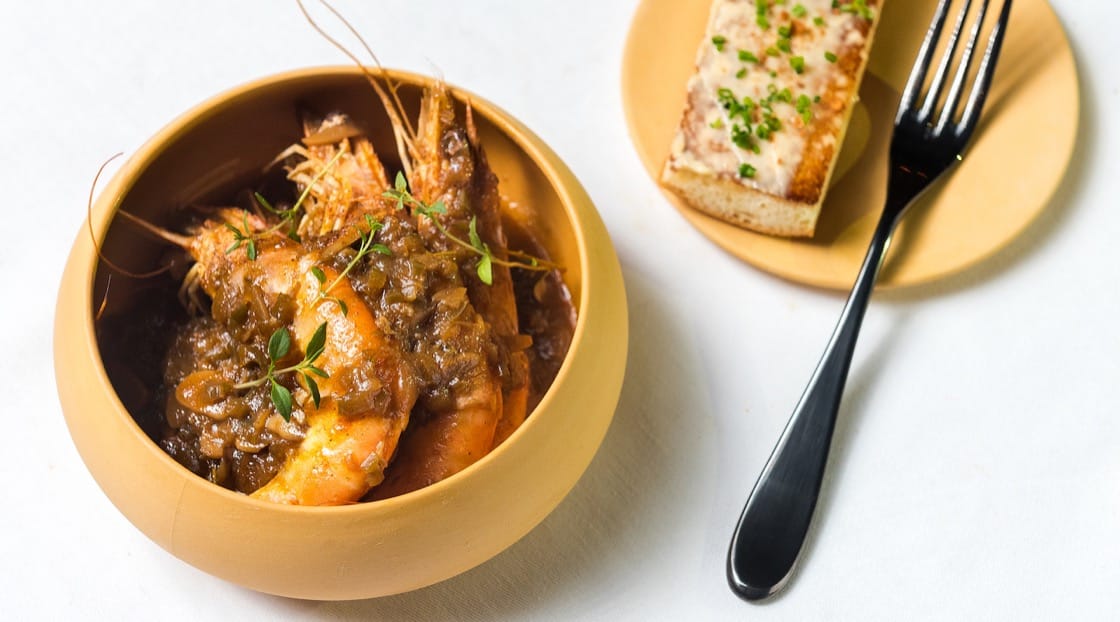 When you plan your visit, Onwuachi says his version of his mom's peel-and-eat shrimp with Abita beer, citrus and butter is a must. Other items he recommends to first-time diners are the curried goat roti with tamarind chickpea purée and toasted chickpeas, and the habanero peppers dessert. (No—that is not a typo.) Many of the items are available for less than $20, with a few exceptions, such as the grilled dry-aged bone-in ribeye meant for sharing. (A far cry from the $185 per person tasting menu offered at Shaw Bijou.) 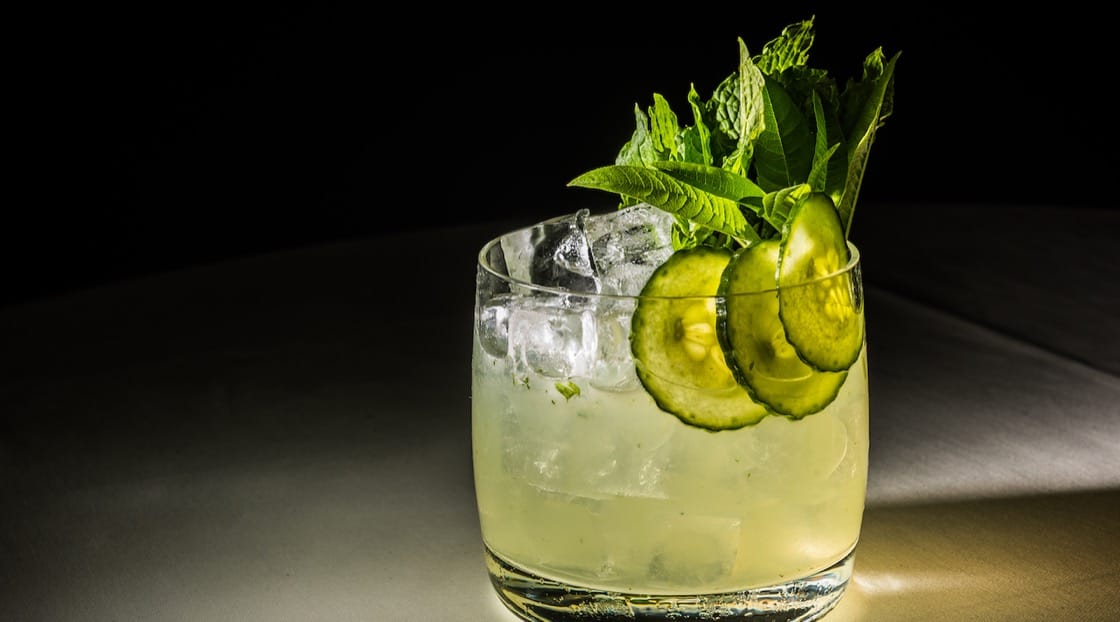 Many of the cocktails feature rum as the main spirit.

In charge of the beverage program is lead bartender Zachary Hoffman, who also happened to be behind the bar at Shaw Bijou. Playing into the Caribbean aspect of Onwuachi's lineage, many of the drinks that Hoffman has created feature rum as the main spirit. There's an assortment of punches, cocktails and mocktails available in the range of $13 to $17, though wine lovers might be more tempted by the 300-bottle wine wall.

Looking ahead, Onwuachi wants this to be the first African or Caribbean restaurant in the United States with a Michelin star. "Most importantly, I want this to be a place where people can try dishes that they've never had before in a comfortable setting." Even if you've tried this type of cuisine in the past, it's never been at the hands of a highly-trained chef such as Onwuachi. "It's time that Afro-Caribbean cuisine breaks into the industry for good because it can be refined and it can be delicious."

Photos courtesy of Kith and Kin.