The 2022 MICHELIN Guide New York has 18 new Bib Gourmands spread across Brooklyn, Queens, Manhattan, and Westchester. Pasta galore (some of it vegan), Indian fare northern and southern, and zingy Korean-leaning fried chicken are just some of what's being served. Read on to find out who's joining the guide, and click here to see every Bib Gourmand in New York. Bon appétit! 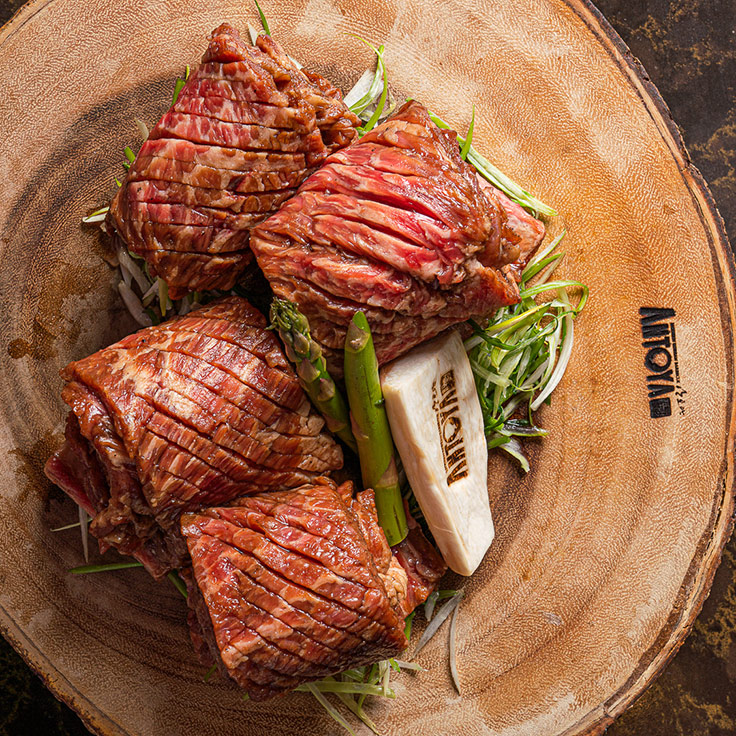 Cuisine: Chinese
This long-established haunt has finally rebuilt and reopened after a terrible fire in 2018. Miraculously, the kitchen hasn’t missed a beat, and those who long for the tingly heat of Sichuan peppercorns and the burn of bright red chilli oil will not leave disappointed. 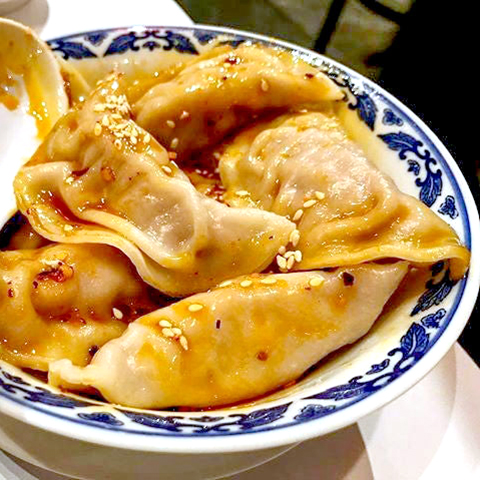 Cuisine: Asian
Asian cooking with Korean leanings is what this team does best, so await — with bated breath — the likes of piping-hot fried chicken, its crisp amber skin and ivory meat permeated with spicy gochujang and sweet peanut sauce. 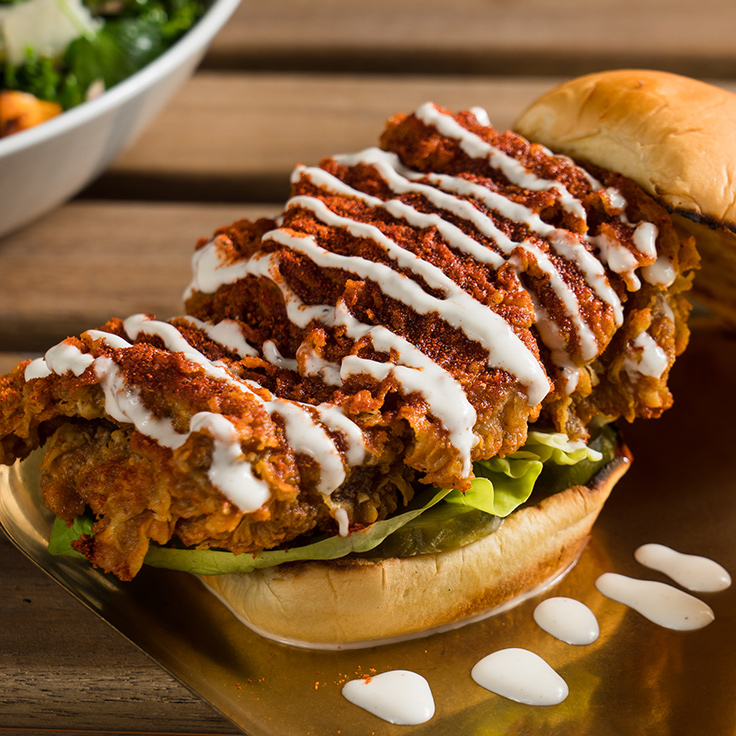 Cuisine: Mexican
Every item offered here is an amalgam of smoky, sweet and unique flavours. Think of delicious and messy shrimp ajillo with hollandaise to torta ahogadas with birote salado, pork and oregano-spiked tomato sauce. 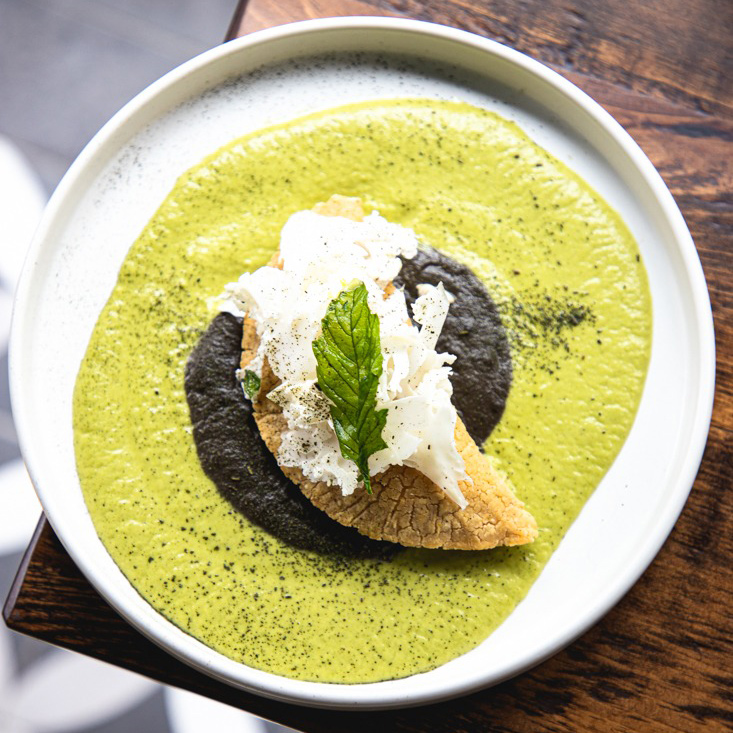 Cuisine: Indian
This rousing Indian restaurant in Essex Market is refreshingly unapologetic with its complex flavours, fierce heat levels and inspired preparations. The kitchen grinds many of its spices daily, and the crowds have been quick to recognise such attention to detail. 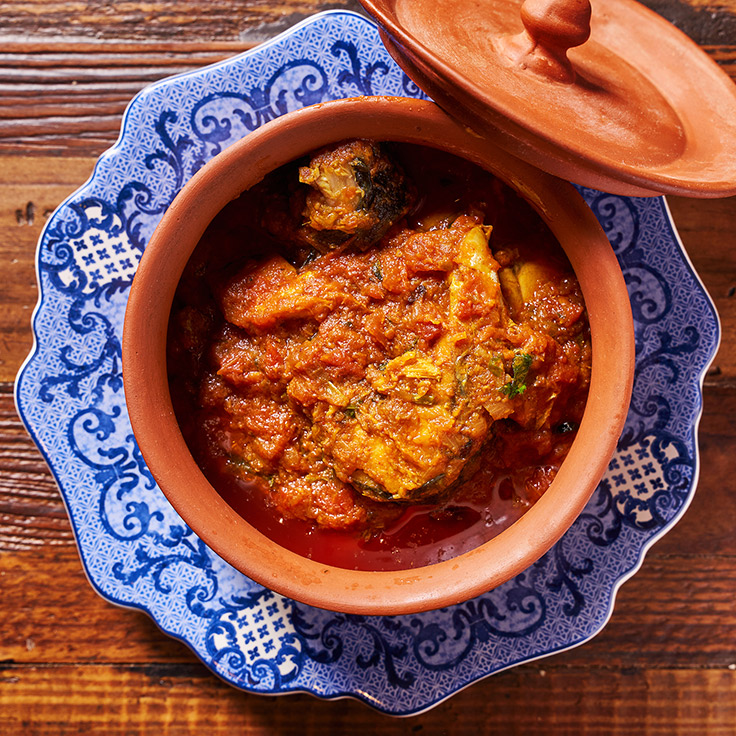 Cuisine: Middle Eastern
On busy Orchard Street, this neighborhood gem hides in plain sight, anchored by a kitchen that doesn’t even have a proper gas stove. Seasonal, bright and unfussy, the menu is small but endlessly tempting as it roams the Middle East for inspiration. 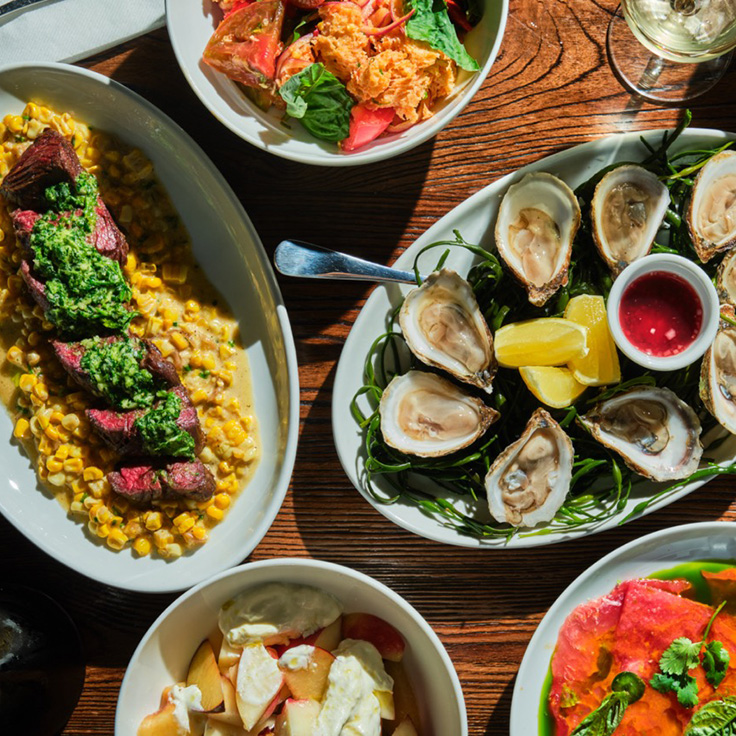 Cuisine: Vegan
The name is derived from Italy's tradition of hand-crafted sodas; and its spirit from the turbulent Prohibition era. On the menu, house-made pastas are a focus. There are also natural wines to accompany the seasonal, deftly executed vegan dishes. 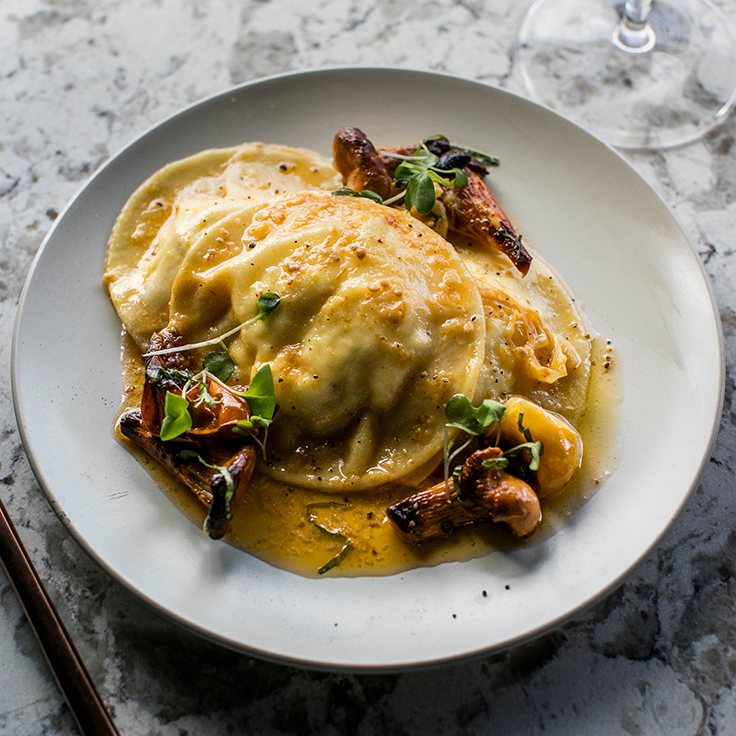 Cuisine: Tex-Mex
Amidst this setting of weathered wood and stained glass chandeliers, diners can be found devouring Tex-Mex food with a focus on tacos and inspired cocktails. Flour tortillas are made in house daily and feature in a myriad of deliciously dressed-down creations. 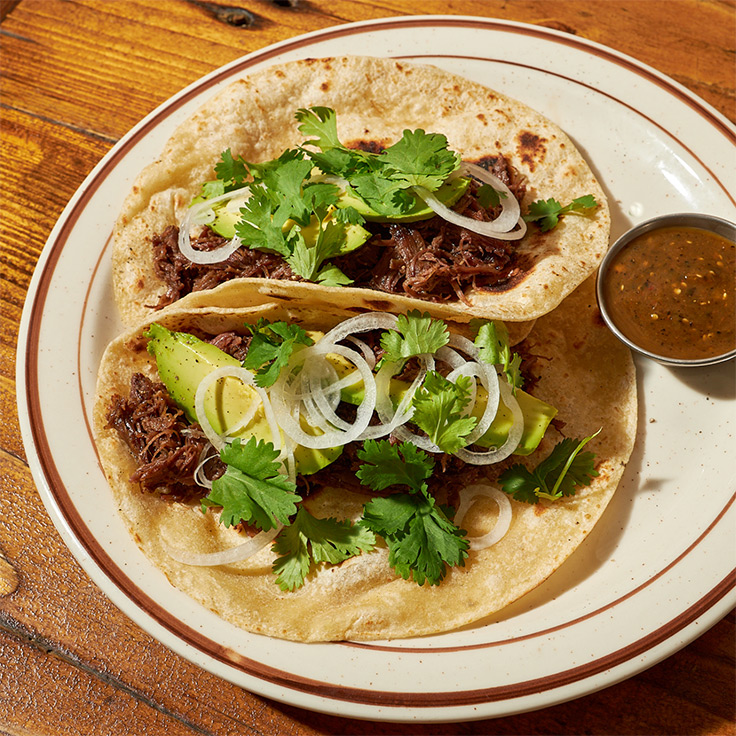 Cuisine: Chinese
One Fulton Square in Flushing is fast becoming the address for the area’s most compelling restaurants. But unlike its neighbors, which stick to a single specialty like Sichuan and soup dumplings, Jiang Nan delivers hits from all regions of China. 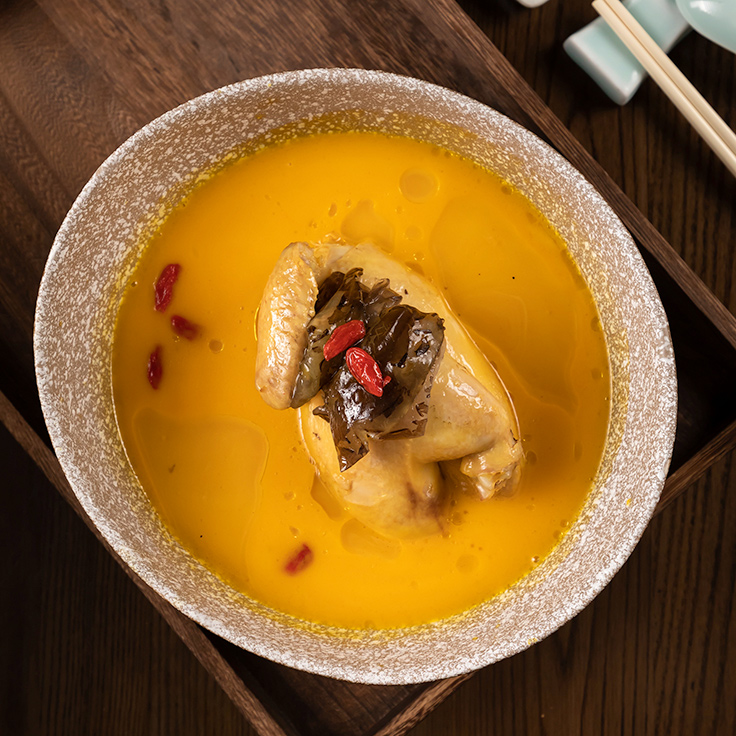 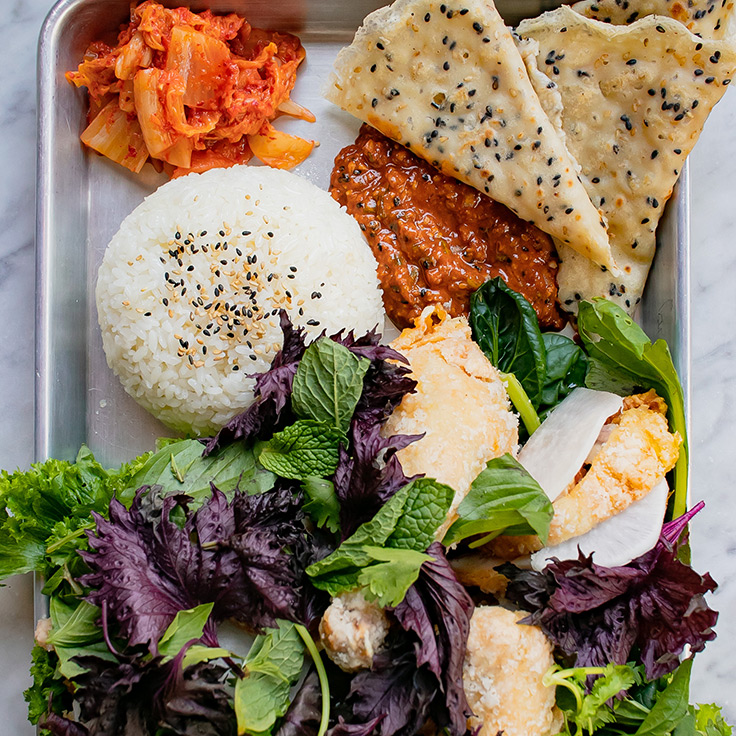 Cuisine: American
By day, the front is a bakery and bodega. By nightfall, the room morphs into a spacious cocktail bar. An adjoining space also comes to life as a roaring wood-fire grill bathes the room in flickering amber hues and signals the start of dinner service. 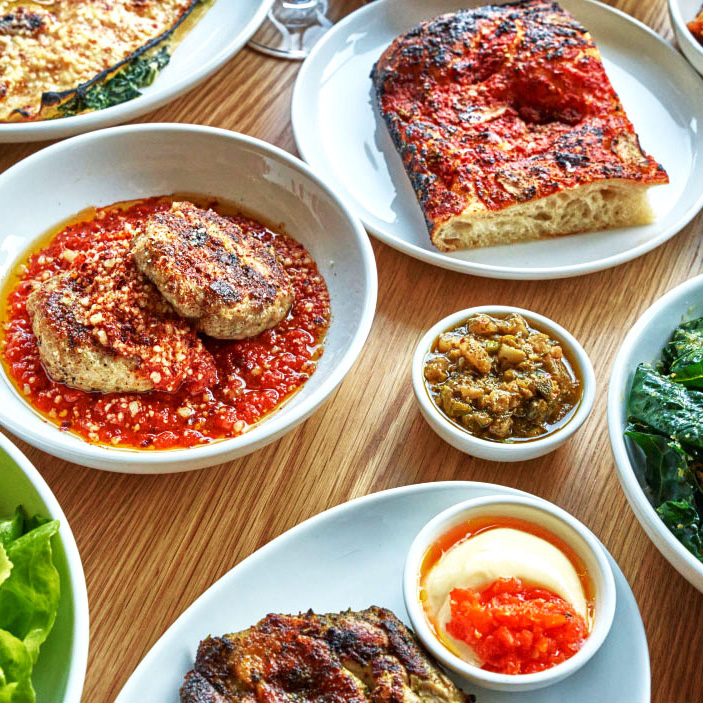 Cuisine: Thai
Elmhurst is rich with talented Thai kitchens, but this one stands out for its fiery Isan-style cooking and prowess with seafood. It would be a mistake to show up without friends – or at least a very serious appetite. 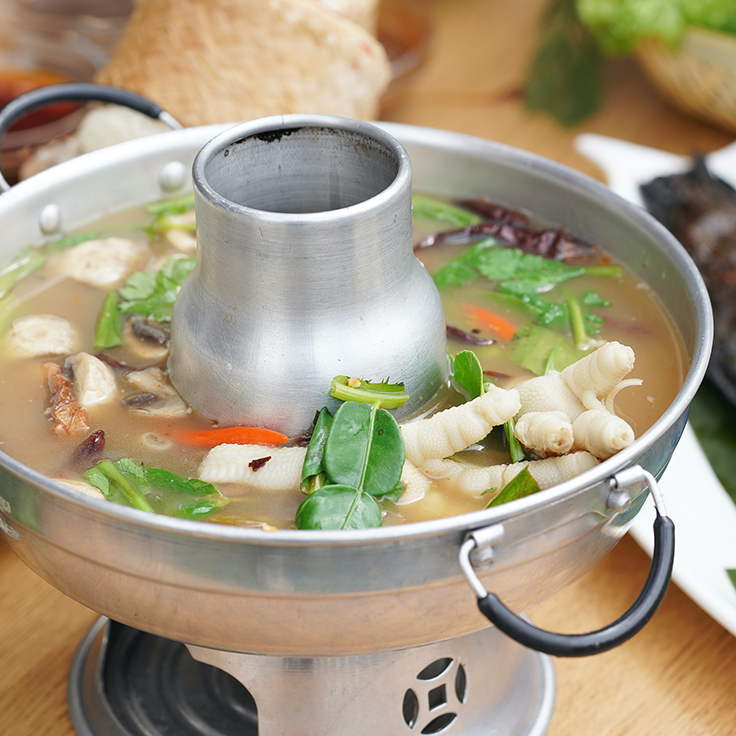 Cuisine: Italian
The communal tables encourage lingering, perhaps over the likes of on-site baked breads and fresh pastas. Speaking of, the spaghetti alla carbonara is a toothsome feast; followed by white wine-glazed meatballs with lemon and parsley. 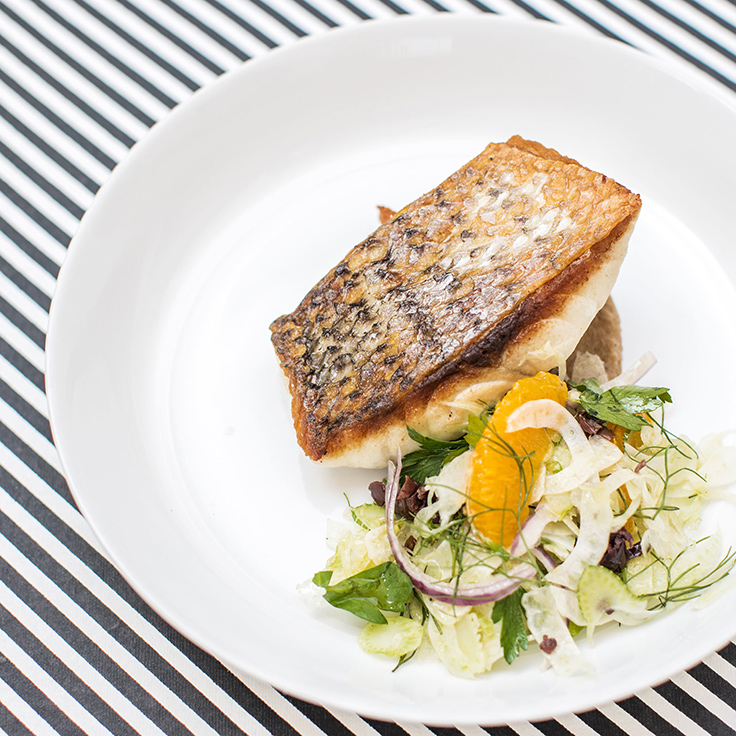 Cuisine: American
Next-door sibling Winner may earn the trophy for its bread and desserts (also served here) but Runner Up is likely number one in many Park Slope residents' hearts given its serious focus on fresh, seasonal produce anchored by savory heavy-hitters. 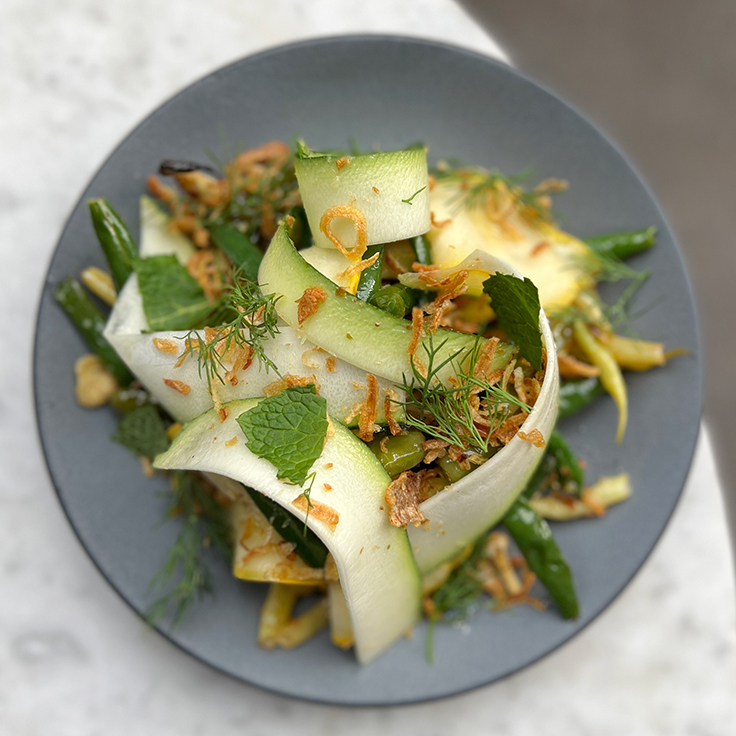 Runner Up © Daniel Eddy/Runner Up

Cuisine: Mexican
Chef-owners and wife-and-husband Diana and Zack Wangeman are humble about the only appetiser on the menu, but what a start it is. The chips are freshly fried, made in-house in the same kitchen  where you can watch the team nixtamalize, mill, and knead heritage Mexican corn into beautiful, soft tortillas. 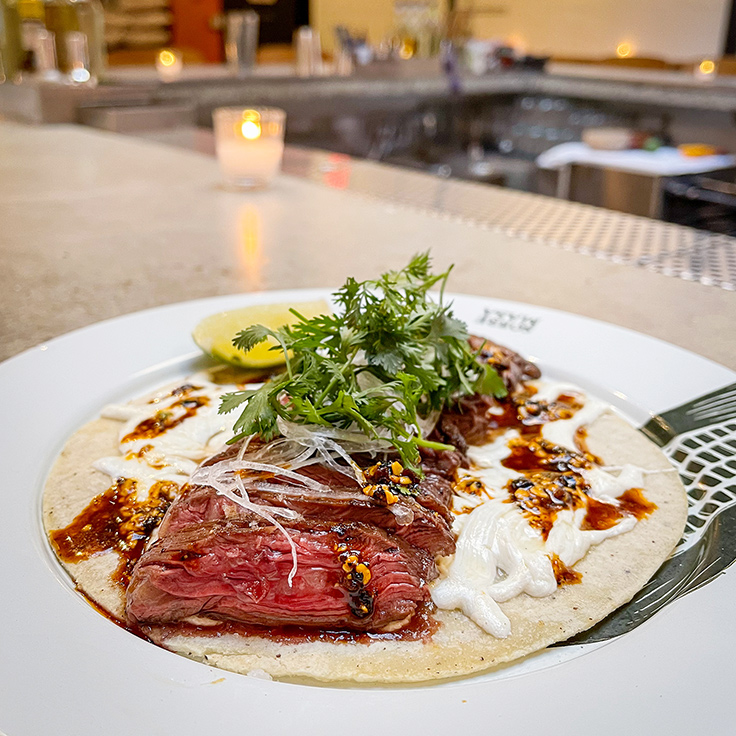 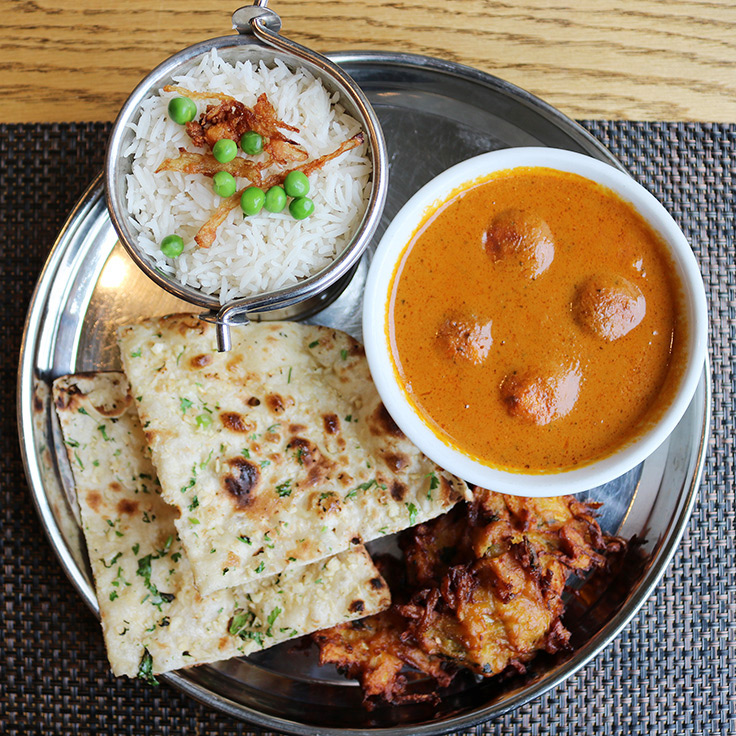 Cuisine: Italian-American
There is a classic rusticity to the setting, not unlike its cuisine, which focuses on Roman-inspired items. Chef Cristian Petitta prepares some of the best pinsa in town, its puffy and crispy crust topped with a well-balanced tomato sauce, mozzarella and basil, full stop. 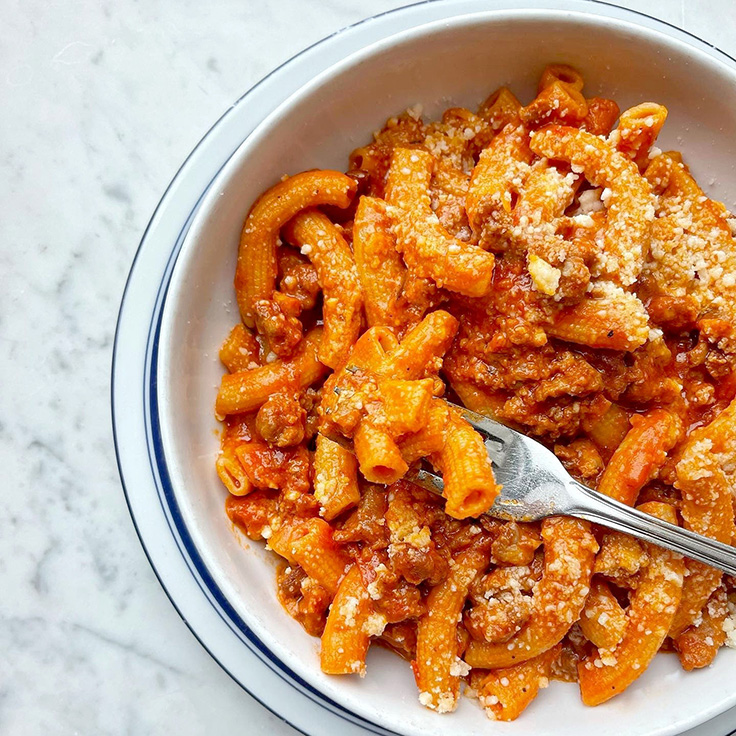