Praised by our MICHELIN Guide inspectors for its minimalist room with dramatic lighting and backlit wooden wall art that exudes subtle Japanese chic, Rêve along Kreta Ayer Road is helmed by executive chef Kawano Masahiko. The set menu is highly commended for bringing out the best in the Japanese ingredients used, coupled with classic French techniques and contemporary plating, with the restaurant's highlights being the fish course that never disappoints, and a house-made soba in duck consommé that is not to be missed.

Rêve is also one of the newly recognised restaurants in Singapore with One MICHELIN Star. Today, Masahiko sits down with us for a chat about his cooking philosophy, following his dreams, and what it's like to be running a MICHELIN-starred restaurant. 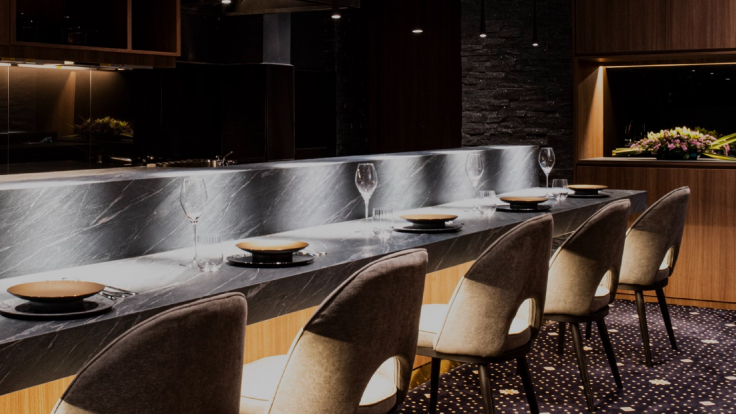 According to the MICHELIN Guide inspectors, all seats at the black marble counter at Rêve promise good views of the kitchen theatre.

How would you describe your cuisine to a first-time diner at Rêve?
My cooking is weaved with authentic French techniques and the essence of traditional Japanese cuisine, which highlights craftsmanship and artistry.

Why did you name your restaurant Rêve?
Rêve translates to "dreams" in French. It was a dream of mine to open a restaurant and to allow my guests to feel like they are in a dream while savouring my dishes.

How do you marry Japanese and French cuisine in your dishes without one culture overpowering the other?
I believe French cuisine displays a strong use of umami. With the influence of the light flavours and aromas from Japanese cooking, a harmonic balance is created.

Tell us about  your culinary journey. How did you find your passion for cooking?
My culinary journey started way back when I was young. After school, I would rush home trying to make different dishes and confectioneries. My interest started to stem from there, with the simple thought that it would be nice if I can make more delicious food for myself. So I went on to pursue culinary arts, wanting to learn and explore more things that I didn't know about food. At the core of it all, I love cooking and at the same time, I want my guests to eat delicious food.

What emotions do you want to evoke from your diners at Rêve?
I hope to bring out a smile from them, and at the same time, I hope they think about the sceneries in Japan and France while enjoying the meal. 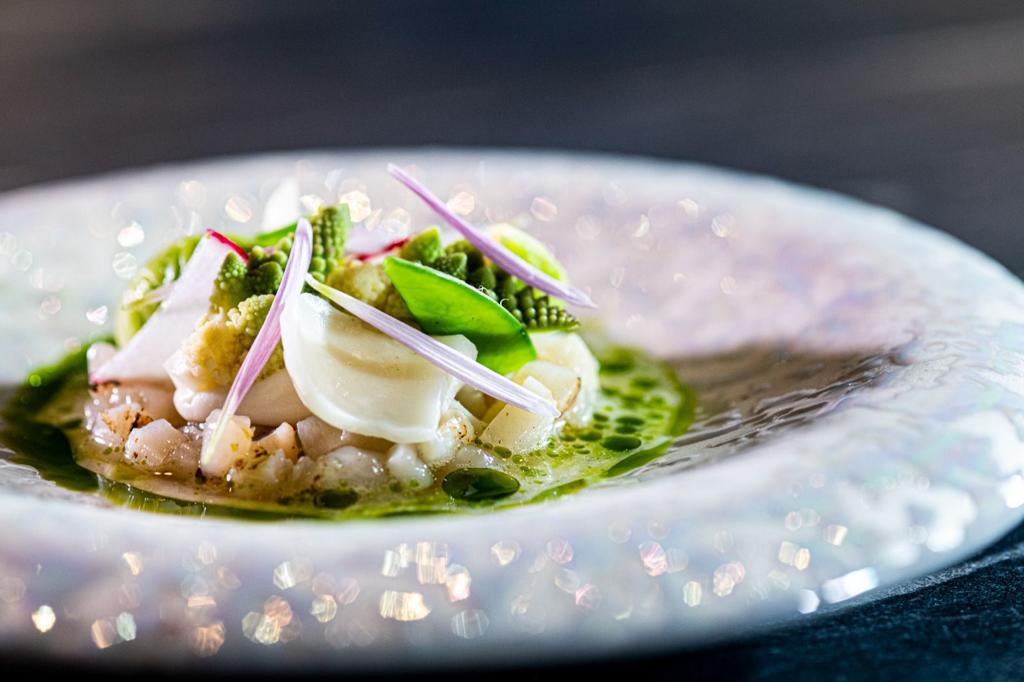 At Rêve, the set menu brings out the best in the Japanese ingredients used, with classic French techniques and contemporary plating.

Tell us about your first encounter with the MICHELIN Guide.
My first encounter with the MICHELIN Guide was about 30 years ago. I learned about it during my time in France, and all the chefs were devoting themselves to it. After experiencing dining in a lot of places, I thought to myself that a MICHELIN-Starred restaurant is indeed a very special place.

What were the first thoughts that came into your mind when you found out that Rêve gained its first MICHELIN Star?
Until now, it still feels surreal. It is hard to believe that Rêve is now part of the MICHELIN Guide, and even being recognised with a Star. It has truly became a moment of celebration — my first dream that came true.

Who was the first person you called when you found out?
The moment I found out that Rêve got its first MICHELIN Star, I called my mother immediately and shared the joy with her. She said she will always support my career in the culinary world.

How did you and the team celebrate?
We sat down together, drank champagne, and shared our joys while discussing what we could do more for our guests in the future.

Advice to other chefs who want to achieve the same goal as you?
Firstly, it is very important to set a goal. Once the goal is set, make a little effort everyday to achieve it. Reflect on each day as it passes to ensure that you are little closer to reaching your goal today compared to yesterday.

What is your signature dish at Rêve and why?
My signature dishes are the duck consommé with soba, which is served for lunch and dinner, and the pigeon, which is served during dinner. These two dishes are a combination of French and Japanese cooking techniques, prepared with Japanese ingredients. Long before I started Rêve, I have always wanted to create a dish that could fuse these two cultures into.

What does Rêve’s MICHELIN Star mean to you?
It is a wonderful recognition that has given me a chance to make my cooking known to more people. I really treasure this accolade very much. Thanks to the MICHELIN Guide for awarding Rêve a star, everyday has been fruitful and productive. Though busy, I'm still physically strong to make time and try out new things. 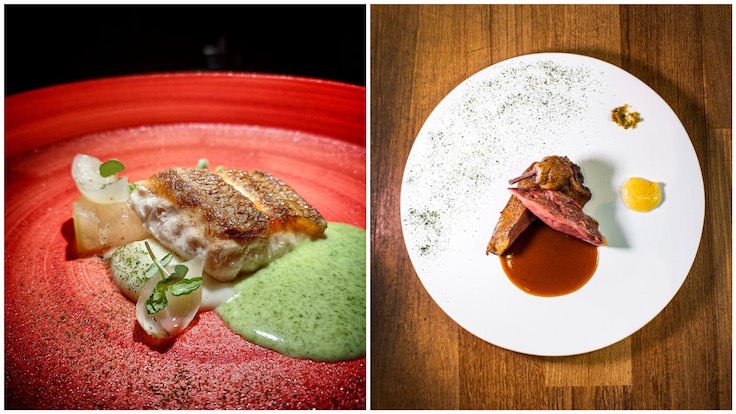 "At the core of it all, I love cooking and at the same time, I want my guests to eat delicious food," says Masahiko.

How has Singapore become your “home away from home”?
It's been four years since I came to Singapore, and I have made many friends and met many amazing people here. I was welcomed like family, and this feeling has truly made Singapore my second home.

Any local dishes that you’ve come to enjoy now that you’re here?
My favourite local dish is Yong Tau Foo. The flavourful soup from the vegetables and meat recharge my body and mind.

What is the biggest challenge that you’ve faced as a chef?
My biggest challenge was starting a restaurant of my own here in Singapore. Though I had accumulated the experience here while working at another restaurant for two years, starting one from scratch was definitely a real challenge. I wouldn't be where I am today without the support of those around me.

What is the best lesson you’ve learned so far in the course of your career?
What I learned mostly was from my first job at a restaurant: make my customers happy. Even now, that lesson still stays at the back of my mind.

What do you think is the most important quality that a chef should have?
Never stop improving — explore and pursue new things to meet the expectations of your customers.

What’s next for Kawano Masahiko?
There are many chefs of my generation around the whole world who have already achieved two or three MICHELIN Stars. I, too, would like to achieve that one day.