When the results of the sophomore edition of the MICHELIN Guide Taipei 2019 were announced and restaurant Kitcho retained its MICHELIN star for the second year running, chef-owner Kyo Hsu breathed a sigh of relief, saying that though he harboured a small hope of gaining another star, he was already very happy to maintain his one star.

Candidly, Hsu admits that there was great pressure after Kitcho received its first star. In the past year, he has demanded higher service standards and even commissioned local pottery artists for a new batch of crockery to be used alongside those specially imported from Japan, hoping to reach new heights in all aspects of the restaurant. 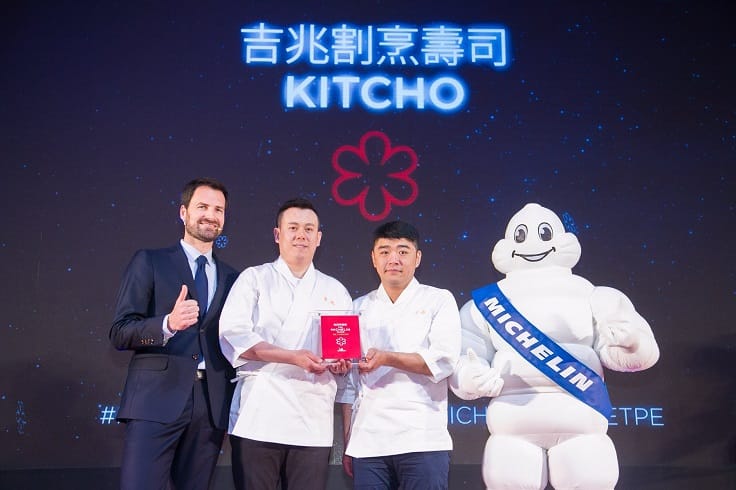 Hsu is a graduate of culinary vocational school. When he was 15 and 16, he would work at restaurants after classes and later dropped out of school to apprentice. “I told my teachers and parents that I didn’t want to study anymore, I wanted to learn cooking. My shifu (mentor) told me that I had interest and talent in the culinary field and that I might just make it someday,” he says. “At that time, I didn’t feel like restaurant work was difficult. I didn’t have to study or stay at home; it was fun and every day I got to interact with my colleagues.”

Major Milestones In Taiwan And Japan

Early on in his career, Hsu decided to specialise in Japanese cuisine. Instead of taking the Western cuisine route of learning the foundations of sauces and seasonings, he wanted to cook from the original flavours of the ingredients as the starting point. After working for half a year in a mass market Japanese restaurant, he decided to interview for a position at the soon-to-open Kougyoku in Taipei. Opened 22 years ago by the TECO Group together with several other large companies, Kougyoku was a pioneer in the Japanese fine-dining scene in Taipei that went on to cultivate many of Taiwan’s Japanese cuisine talents. Then, Hsu had barely undergone six months of Japanese cuisine training, and with his mop of dyed blond hair and slipper-clad feet, he’d gone for the interview. To his surprise, he made the cut, becoming Kougyoku’s first batch of apprentices. 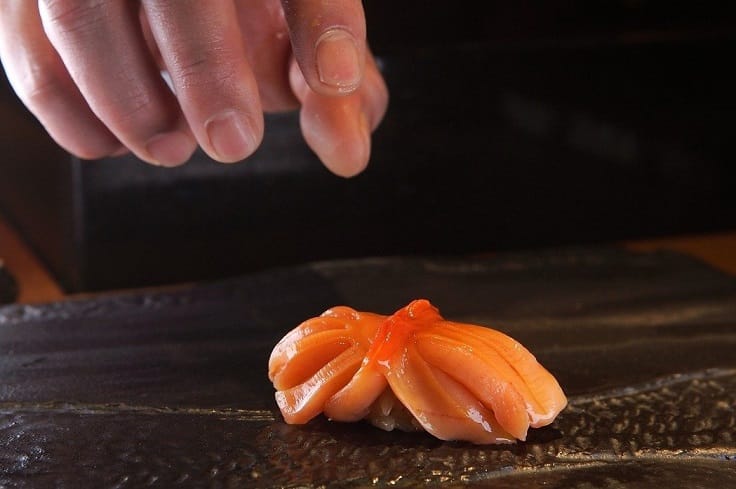 Akagai sushi. After the ark clams are washed, its surface is scrubbed with sea salt before it is blanched in a vinegar mixture and dunked in an ice bath. (Pic: Kitcho)

For three years, Hsu’s day started at five or six in the morning when he went to the market for fish and rushed back to the restaurant for prep. He had no time for breaks in the afternoons and would work till 11 or midnight before getting up in the wee hours again.

Although the work at Kougyoku was exhausting, it was an important starting point in Hsu’s career. “Although it was very tiring then, it allowed me a glimpse into the training of a sushi master; the standards they held themselves to at work and the continual improvement required,” he says, inspired by Kougyoku’s executive chef Ken Hsu who worked in Japan and the United States and was proficient in Chinese, English and Japanese. He added that being able to go to the market, learning about all sorts of fish and the exposure he received to guests from all walks of life in the restaurant added up to an invaluable experience for a young person.

Another turning point in Hsu’s career was when he spent a year in his 20s travelling extensively in Japan for work to immerse himself in the culture and stricter working styles of chefs in Japan. “If there are 10 steps in the process, you have to persevere in all 10. A novice might think of skimping on three steps because the other seven would make up for it. But if I found out, he’d be in for a scolding because those three steps will still make a difference to the end product. Even if the customer can’t tell, we would,” he says. 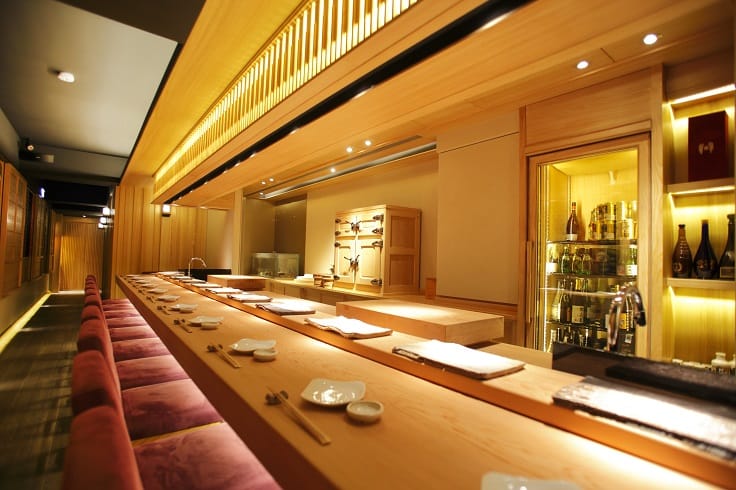 Kitcho is into its 11th year of business and hopes to create a warm and inviting atmosphere and treat its customers like kin. (Pic: Kitcho)

In 2008, Hsu opened his dream restaurant, Kitcho, hoping to create an environment where customers would be treated like kin. What he did not expect was a global recession causing a steep fall in business — down to two or three customers each evening. In the third year, despite well-meaning advice to take a more affordable, casual direction, he bit the bullet and persevered in the fine-dining sphere, importing even better ingredients from Japan and refining his cuisine. Slowly, business began to stabilise.

Going To the Source

At Kitcho, Hsu abides by two principles. The first is the standard of produce, which he imports three times a week from Japan, the bulk of it sourced directly from producers and not through middlemen. Diligently visiting Japan several times a year across different seasons, he eats at sushi restaurants, visits producers and chats with farmers at the markets to better understand and obtain the best ingredients, as well as build relationships with producers who would then trust him with their prime products. “This is particularly important because of environmental changes, there are less good ingredients and we want these producers to remember us,” he says. 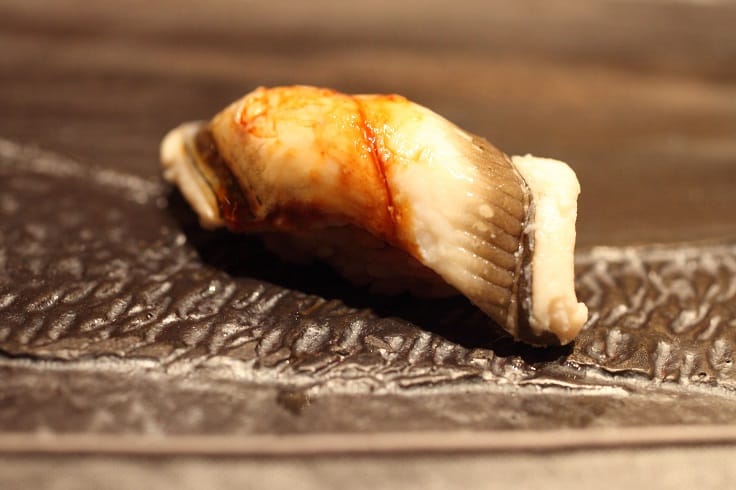 Hsu places a premium on ingredients, travelling often to Japan to build relationships with producers and procure seasonal produce. Eel from Tokyo Bay is prepared in stock, soya sauce, miso and sugar then grilled. (Pic: Kitcho)

Hsu has established a deep network in the Japanese food industry. For example, he often dines at two-MICHELIN-starred restaurant Umi where he discusses techniques, flavours and sources with the master sushi chef there; twice, he has invited chef Hiroyuki Sato of acclaimed Tokyo sushi restaurant Hakkoku for guest stints at Kitcho. The first collaboration was even attended by king of tuna Yukitaka Yamaguchi, the head of wholesaler Yamayuki Group. The second dinner held earlier this year showcased the different styles of sushi by each of the chefs: Hakkoku’s sushi rice is made with a matured red vinegar while Kitcho’s featured a mixture of two types of red vinegar and a white vinegar. The play of flavours on the sushi rice alone kept their guests engaged and interested.

Hsu’s second principle is adhering to the traditions of Edomae sushi: while introducing new techniques or flavour combinations is good, it is important to get the foundational techniques like salting and maturation right. He believes that a good edomae sushi chef will preserve tradition while working within it to innovate.

Now, 11 years on, Kitcho has received a MICHELIN star for two consecutive years, an affirmation of the good work there. Hsu shares what it was like when he received his MICHELIN star. 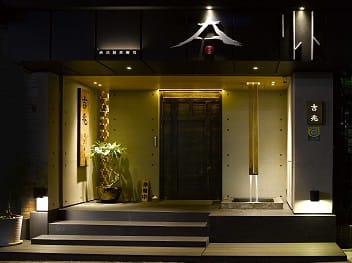 What was your first encounter with the MICHELIN Guide?
I first became aware of it when I was a young apprentice, but at that time it wasn’t in Asia yet. Around 2007 or 2008 when the guide was launched in Japan, I went to Japan and bought the book and even tried one or two of the restaurants recommended in it.

What was it like when your restaurant received a MICHELIN star for the first time? And then in the second year?
It made me feel like all the years of hard work paid off. As a Taiwanese (doing Japanese cuisine at a MICHELIN star level), it was a big affirmation. After all, I was one of just two Taiwanese chefs doing Japanese cuisine who got a star in the inaugural edition (the other being Sushi Ryu). This year, it’s more like a relief. Though I harboured a small hope of gaining another star, I am already very happy to maintain this one star.

How did you celebrate?
We all went out for a meal and karaoke, and everyone had a salary adjustment.

How has the MICHELIN Guide impacted your career?
The volume of business has increased and the restaurant has gained quite a reputation, but with that comes more and more pressure. At present, we have no plans for expansion, but if things are stable in the next few years, I hope to be able to travel more and see more, in places like China and South Korea which I have been visiting in recent years.

What advice do you have for young chefs aiming for MICHELIN stars?
I wouldn’t dare to give advice but I can share my feelings: I think you really need to be on your toes at all times. At the restaurant, we are always thinking about new dishes and how to better run the business. Everyone is constantly improving, we have to make continual progress if we want to stay in the game — that is my advice for younger chefs.

This story is written by Hsieh Ming Ling and translated by Rachel Tan. Click here to see the original story.