The First Day We Got Our Stars: Alex Atala

There's perhaps no other chef who champions Brazilian food as much as Alex Atala.

At the age of 19, the Brazilian native embarked on his culinary career at the prestigious École Hôtelière de Namur in Belgium, before moving to Jean Pierre Bruneau’s three-Michelin-starred restaurant in France where he worked and staged at Hotel de la Cote D’Or with chef Bernard Loiseau.

Atala returned to São Paulo in 1994, where he worked in several restaurants in the city before striking out to open D.O.M in 1999. The restaurant was the country's first and only recipient of two Michelin stars in the debut edition of the MICHELIN Guide Brazil 2015.

Since then, Atala has continued to reinvent and introduce Brazilian cuisine to the world, opening Dalva e Dito, a rustic-style restaurant turning out traditional Brazilian dishes, the meat-focused Açougue Central, and most recently, Bio, an all-day eatery serving acai bowls that opened in April this year. He will also be participating in the World's Best Chefs Table at the Margaret River Gourmet Escape 2017, a popular four-day food and wine extravaganza set in Western Australia, where acclaimed chefs take their guests on an exceptional culinary journey.

Here, we speak to Atala on how he felt when D.O.M. was awarded two Michelin stars in 2015.
My first encounter with the MICHELIN Guide was...
It is impossible to enter the gastronomy world and not hear about the MICHELIN Guide and its stars. I heard about it on the very first and early days of my career.

The first time our team earned a star... Was in 2015, the first year the MICHELIN Guide had an edition in Brazil.

How did you celebrate when your restaurant received two Michelin stars?
D.O.M. was the only one in Brazil to receive two stars. We debuted with two and, thanks to a lot of hard work, managed to keep them so far. 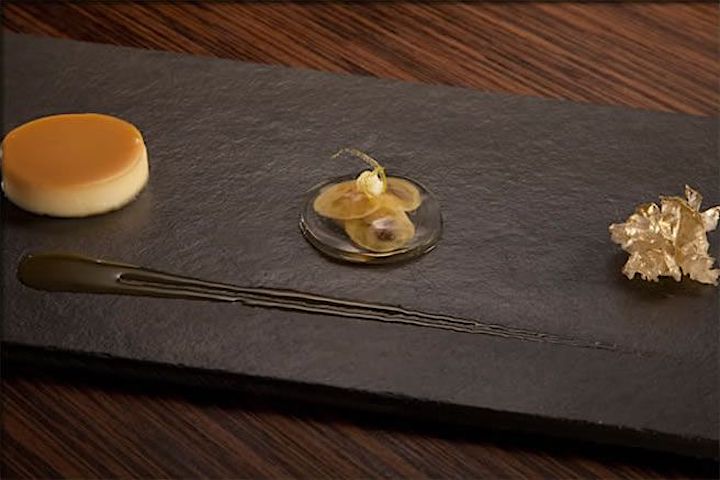 Chef Alex Atala's extensive research on priprioca, a native Brazilian ingredient, sees the aromatic root being used in sweet and savoury dishes.
Advertisement
Advertisement
How will having a Michelin star change the direction of your restaurant?
It hasn’t changed and won’t. It does bring more responsibility of the restaurant, as a star from such a respected guide does to anyone. But our goal remained and will keep being to make creative, bold and daring Brazilian cuisine with the amazing ingredients our land provides.

To you, what does a Michelin star symbolise?
It is a motive of pride, but above all, it is great to see such a respected award reaching Brazil. The amazing restaurants and chefs we have here must be recognised and have their value acknowledged.

My advice for young chefs aiming for Michelin stars is...
After 30 years working in the kitchen, what excites me the most is to watch myself become more and more certain that this is an endless road. Putting my uniform on every morning makes me realise that the possibilities that this road offers are way broader than I have ever imagined. Keep that in mind: this road never ends, not even when you get a star.
Recommended Reading: Click here for more stories from our First Day I Got My Stars chef series.