He might not see himself as a mentor, but the Sydney-based Japanese chef has trained many young chefs who have since gone on to build successful careers.

Seated by the marble-topped counter at The Bar by Waku Ghin, chef Tetsuya Wakuda crosses himself jokingly in a prayer gesture as he chats with us about how he has built a young and loyal kitchen team.

“I pray every day, hope they come in.”
But there might be more than just pure prayer power that keeps this dedicated team of young chefs walking in through the door of Waku Ghin every morning to report for work.

As head chef of two Michelin-starred Waku Ghin in Singapore and the acclaimed Tetsuya’s in Sydney, Wakuda is a respected figure in the F&B scene, well-known for his excellent palate.

He has also shown himself to be a great mentor-chef; many young cooks who have worked under him have gone on to make their mark on the culinary world. Case in point: At the recent Michelin Guide Singapore gala awards, Wakuda proved to be a popular figure at the event’s photo wall —chefs such as Sam Aisbett, Sun Kim, and Rishi Naleendra clamoured to take selfies with him, once even (accidentally) photo-bombing Wakuda’s interview with a news channel. They belong to a group of young cooks who sharpened their knives under Wakuda’s watchful eye, and all three were proud recipients of one Michelin star for their respective restaurants.
With all due respect
The quiet Japanese chef cuts quite the father figure. For one, he still makes it a point to cook the staff meal at Waku Ghin when he comes down from Sydney. Lunch, when we met him for this interview, was heaping plates of pasta — simple, but packed with flavour. Wakuda shares that if he can’t cook, he also makes it a point to bring his team out for lunch or suppers.

“He is very respectful. Whenever he comes (to Singapore), he always goes around and personally greets each one of us,” says Timothy Lim, general manager at Waku Ghin. Lim has worked with Tetsuya for over six years now. “Many of us have been with him since (Waku Ghin) opening. It’s the way he has encouraged the younger generation to come forward,” continues Lim.

Wakuda is also not like the fiery-tempered chefs often portrayed on TV or in movies. His kitchen is a rare haven, where the team works with quiet efficiency. “No screaming, no. Screaming is very tiring, you know this. Already we are tired from long hours, so no point,” deadpans the chef.
Advertisement
Advertisement 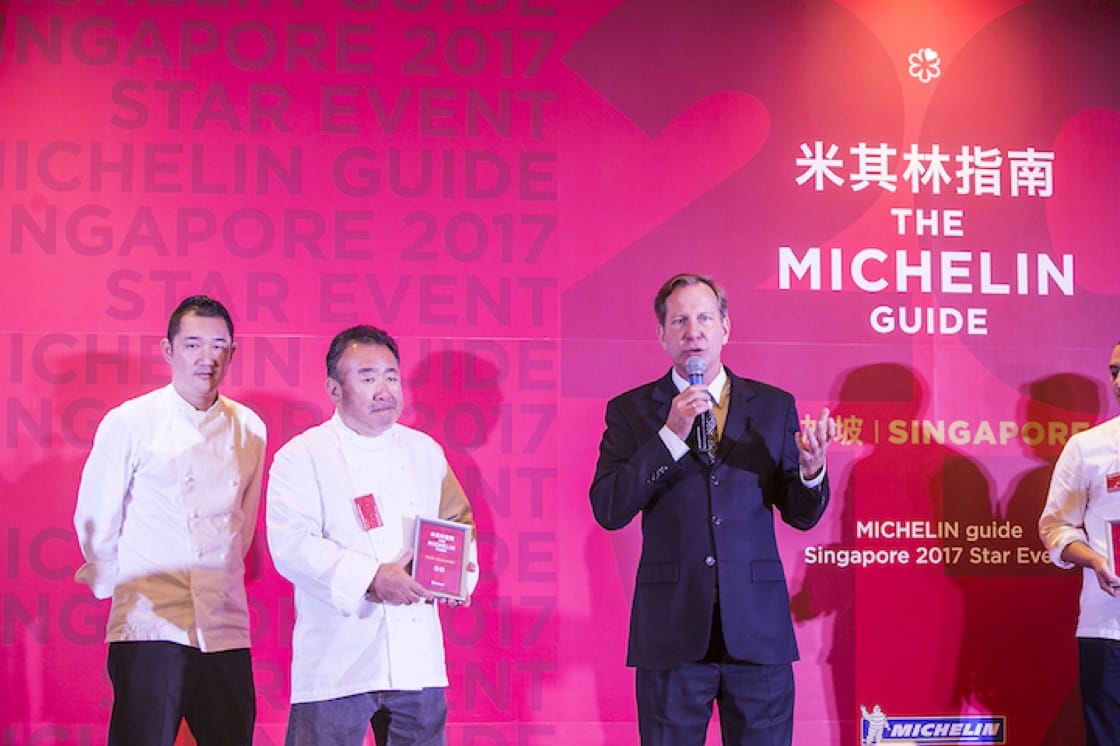 Besides greeting his staff personally and treating them like family, Wakuda also recognises the importance of showing his staff he trusts them. “Chef (Masahiko Inoue) has worked for me over 13 years now, and I leave him to run this place. Certain perimeters, he knows what I like and what I don’t like, so he works around it,” says Wakuda.

“I learnt from him how to communicate to guests and also the importance of taste,” says chef Masa. “I want to follow him wherever he goes,” he continues with a smile.

Nurturing young talent
To be sure, chefs who have worked under this culinary luminary have struck out on their own and done well. In Singapore, chefs Gwern Khoo and Sam Aisbett are two examples.
Khoo might have traded in his fine-dining apron to serve wonton noodles from $5 a bowl at his stall, A Noodle Story, but he has brought over the culinary philosophies he learnt while being a stagiaire at Waku Ghin.

“No recipe from chef here,” jokes Khoo, as Wakuda bursts into a deep belly chuckle.

“But what I learnt is more profound and enduring. From chef Tetsuya, I learnt the importance of good ingredients. We are not magicians and we can’t create good food with lousy ingredients,” he continues. A Noodle Story was given the Bib Gourmand award in the Singapore Michelin Guide in 2016 and 2017 consecutively.

At newly-minted one Michelin-starred restaurant Whitegrass, Sam Aisbett watches nervously as Wakuda walks around his kitchen, examining his produce and observing how the staff prep the ingredients.

“There are not many chefs, ever, that get to the level where he’s at. He probably has the best palate of all the chefs I have worked with. He’s the master!” Aisbett laughs. “Even like he was saying, that cooking is the easy part. It’s all the little things that’s the hard part. And that’s the things I took from working with chef.”

“To be honest, I never thought of myself as a mentor,” says Wakuda. “They all have their own talent, own passion. And they keep succeeding, which is something I am proud of. As long as I live, I want to keep (my) relationships with (these young chefs) good.”
Advertisement
Advertisement